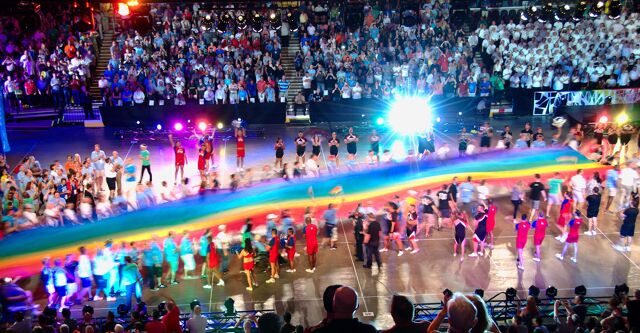 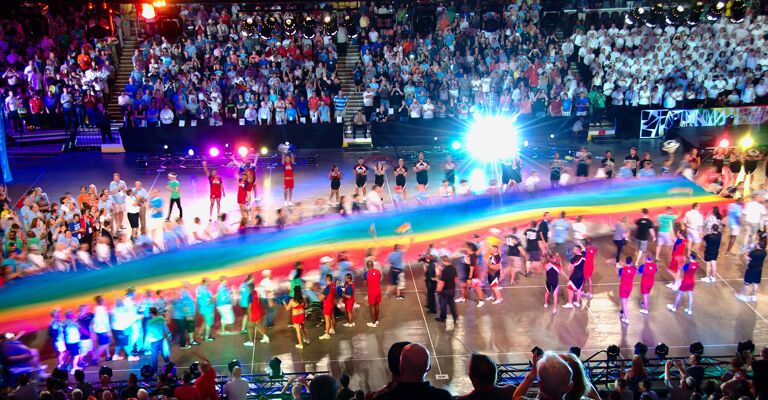 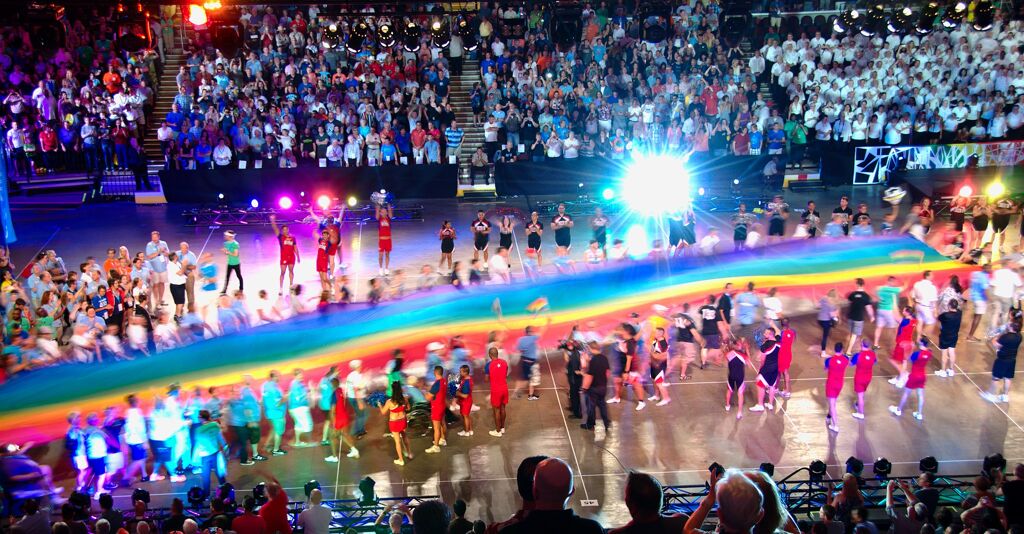 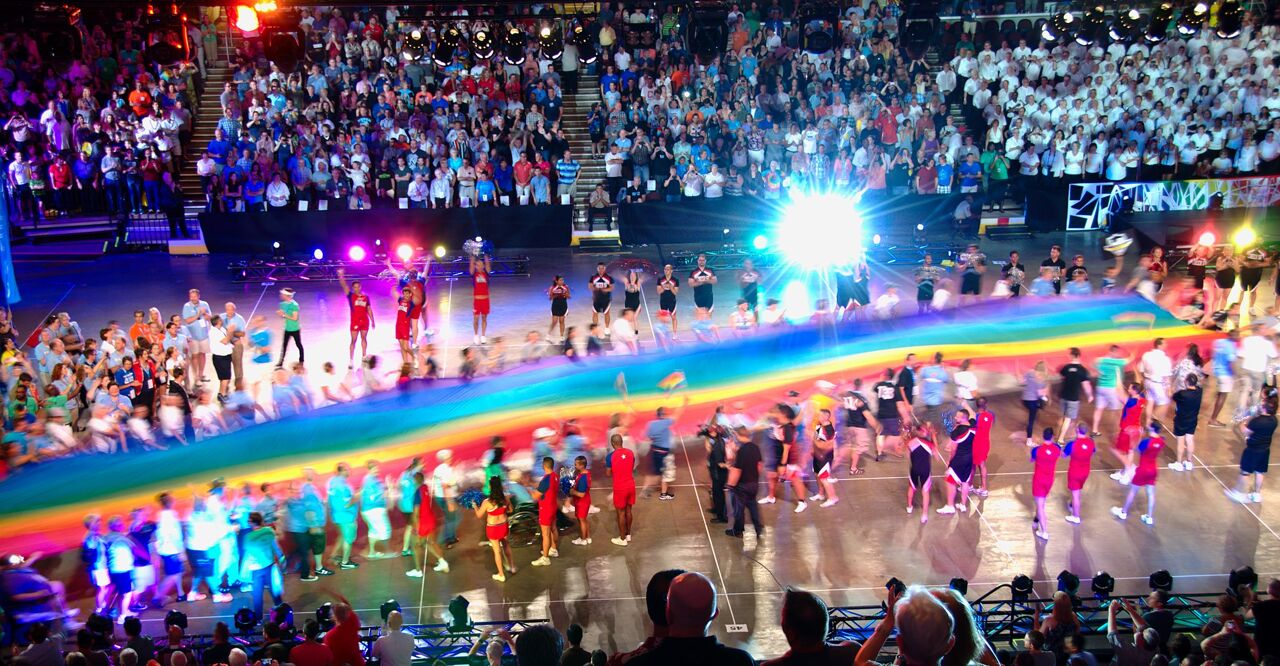 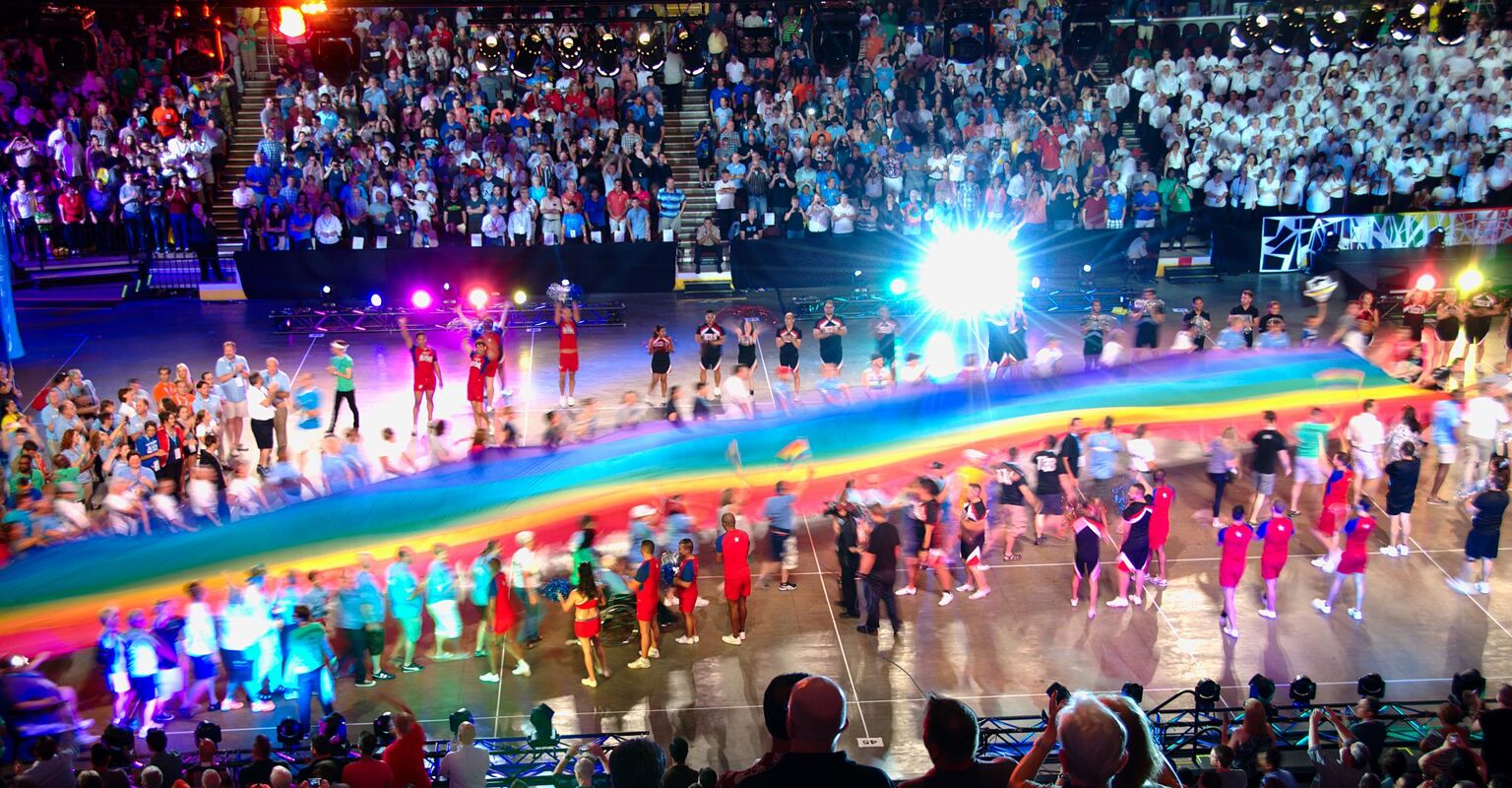 Gay Games 2023, originally scheduled to be held this year (as Gay Games 2022) in Hong Kong, are officially holding the series of LGBTQ sporting events in a co-hosting city. On Monday the Federation of Gay Games (FGG), which organizes the event, announced they plan to move some of the Games to Guadalajara, Mexico to “ensure that they can be as accessible and inclusive as possible.”

The decision comes after years of scrutiny over the Gay Games’ decision to continue holding the events in Hong Kong, despite concerns about the special administrative region’s relationship with China, and human rights issues that became mainstream topics in 2021. The FGG awarded Hong Kong the hosting honors in 2016, originally beating out Guadalajara and Washington, D.C., but by 2021 the Hong Kong government had become arguably more authoritarian and had arrested several activists, including LGBTQ advocates, that year.

The resignation of Dennis Philipse, the Founder and Co-Chair of the Hong Kong delegation who continued advocating for the Gay Games to remain fully in the city despite those issues, was announced at the same time. “For me, it is now time to resume my professional career. This means that I will step down from my role as leader and co-chair and hand over the reins to the next cohort of leaders to organise the event,” Philipse stated. He will remain an advisor to the FGG.

Still, the Gay Games cited only one factor behind their decision: the ongoing COVID-19 pandemic. Hong Kong has reported more than 25,000 coronavirus cases since the start of the pandemic — most of which came in the last three months — resulting in over 220 deaths. They have barred flights from the United States and several other nations with high COVID-19 rates through March.

In the spirit of "Unity in Diversity", we announced today that GGHK and @GayGames are in discussions with Guadalajara, Mexico to be a co-host of the 11th Gay Games, to ensure that they can be as accessible and inclusive as possible. Read more: https://t.co/WYhq3HPpgT pic.twitter.com/4sdl0AIZeN

Hong Kong Gay Games founder and leader Dennis Philipse has announced that he is stepping down, citing “continuing uncertainty” over the city’s international travel regulations during the Covid-19 pandemic. Full story: https://t.co/fm3bDnYKeL pic.twitter.com/48GCbiKH6r

“This has been a long journey. We just need to be adaptable to the situation in Hong Kong and that is very painful, but at some point, we need to face reality,” Philipse said according to the South China Morning Post.

Lisa Lam, the other co-chair of the Games, stated they are in the “very, very early stages” of planning and logistics with Guadalajara — which will be five years behind in preparation in comparison to Hong Kong — but “the framework will include two fairly independent, separate events running alongside each other under the umbrella of Gay Games 11.”

"It has been an honour to have founded and led Gay Games 11 Hong Kong 2023, a visionary startup organisation, during the last seven years, the last two full time in a volunteer capacity."#gaygames #hongkong #community #sports https://t.co/jsYuAyNwL7

Bloomberg reported that this follows decisions from Hong Kong and China to “[stick] with policies to eliminate Covid-19 despite other governments giving up on similar ‘Covid Zero’ strategies.” They also report that “LGBTQ people have suffered repeated setbacks in mainland China,” noting this instance in addition to censorship of “effiminate men” and LGBTQ people on television and the shutting down of social media accounts and alleged censorship of government dissent online, such as on social media platform WeChat.

While COVID-19 policies are cited for the issues, issues facing LGBTQ people in Hong Kong and China continued popping up throughout the last year. Out entertainer Denise Ho was arrested in December 2021 allegedly for “conspiracy to publish seditious material,” leading to Secretary of State Antony Blinken to condemn her arrest and Hong Kong.

Perhaps @GayGames organizers should start thinking about moving the event to another Asian city like, let's say, Taipei? https://t.co/vkW1mSU1BS

Similarly, the 2022 Winter Olympics, currently commencing in Beijing, China’s capital, are being diplomatically boycotted by the United States, and the Olympics’ decision to keep their Games there has also met fierce criticism and backlash.

Also similarly, the 2025 World Pride is being hosted in a city within Taiwan — but when the decision was announced in November, observers took issue with how World Pride organizers referred to the host nation — notably not by name — also caused criticism of their practices. InterPride, organizers of the World Pride, later updated their website to mention Taiwan by name, after citing their alignment with United Nations guidance as an explanation.

As if there hasn’t been enough drama and controversy around Pride events lately, InterPride essentially states it’s more important to them to not upset UN officials than it is to recognize the host nation of their WorldPride after next… https://t.co/mxpCL8XeGy

Kaohsiung has become the first Asian city to successfully bid to host the global LGBT event #WorldPride.
But the organizing body, @InterPride, has caused controversy by not referring to Taiwan as a country but as a region. @MOFA_Taiwan has blamed political pressure from China. pic.twitter.com/zG9r8A1agm

The scrutiny over WorldPride’s references to Taiwan stems from the fact that China does not recognize the island nation as an independent country, but as a territory.

While Hong Kong is a special administrative region and nominally operates independently of China, China has continued to insist that Taiwan — largely consisting of one island just 120 miles east of China, which they refer to as the Chinese Taipei — is their territory. While China has threatened military action in years past, the issue has largely become a peaceful impasse at present.

The longstanding diplomatic issues contribute as to why China is known as the People’s Republic of China (PRC) at the Olympics, while Taiwan is referred to as the Republic of China (RoC) or “Chinese Taipei” at other international events. The Gay Games refer to Taiwan as “Chinese Taipei” or “Taiwan region” and Taiwanese participants at the 2018 Games claimed they were pressured not to fly the Taiwanese flag, but did so anyway.

In 2019, Taiwan became the first country in Asia to officially legalize same-sex marriage, and conversion therapy was outlawed in 2018. Homosexuality was never formally outlawed on the island.

In comparison, Hong Kong repealed its colonial-era laws criminalizing homosexuality in 1991 and formally forbids anti-gay discrimination by the government — however, LGBTQ people do not have anti-discrimination protections elsewhere, same-sex couples do not have the right to adopt, and trans people have to be sterilized to legally change the gender in government documentation.

Taiwan, meanwhile, announced in 2021 that they would not attend the Gay Games in Hong Kong because they don’t believe they can protect Taiwanese officials or athletes under Hong Kong’s recently-revised national security laws.

The ongoing turmoil over the Gay Games was featured throughout coverage at sister site LGBTQ Nation, where we reported the Gay Games’ postponement in September 2021. That same month, Hong Kong politician Junius Ho denounced the city’s decision to host the Games as “disgraceful” and representative of a “harmful culture.”

Despite this, the Games’ co-chairs — Philipse and Lam — defended themselves in an opinion article, stating, “This city’s LGBTQ+ community in 2021 is thriving more than ever before, with a growing public interest in pro-queer social groups and events.”

The two declared at the time, “We are resolute and united against those efforts.”

University of Hong Kong professor John P. Burns also wrote in an LGBTQ Nation article in August supporting the Games remaining in Hong Kong. “The call to boycott the games because Hong Kong has become authoritarian is misguided. Hong Kong has always been authoritarian, first as a British colony, and later as a part of China.”

Prior to that, National Democratic Institute senior advisor Adam Nelson wrote in LGBTQ Nation in July that “The Gay Games Federation should act quickly to relocate the first Gay Games in Asia to another city that does stand for equality, civil rights, and the values we as an LGBTQ community hold dear,” declaring Hong Kong a “police state.”

In an interview with this writer, sports writer and veteran organizer Britni de la Cretaz also criticized the Gay Games for their issues, just as they did with the Olympics and Paralympics. “Queer, marginalized people reproducing systems of power — Not the answer,” they told LGBTQ Nation.

As for the event itself, this will be the 11th Edition of the Gay Games, and the first held in either Asia or Latin America. People of any identity or experience level can participate in events at the Games, which expects to hold about 36 sporting events between November 3-11, 2023.

The Gay Games have been held every four years since 1982.

Following Philipse’s resignation, the FGG stated that Nigel Lee, “who has represented GGHK at FGG events for the last few years,” is named as acting co-chair until “a new co-chair based in Hong Kong,” as Philipse and Lam were, “can be brought on-board.”

Mónica Sánchez Torres, spokesperson for the Gay Games Guadalajara delegation, told the Bay Area Reporter that they are “very excited about it.”