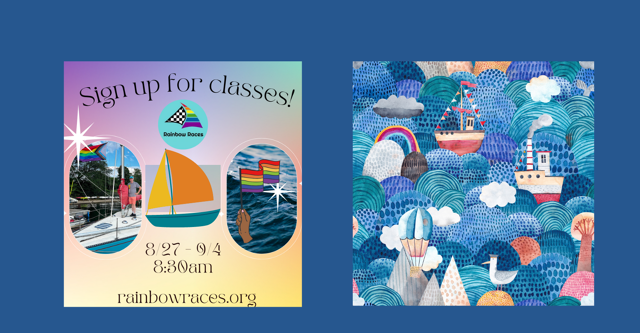 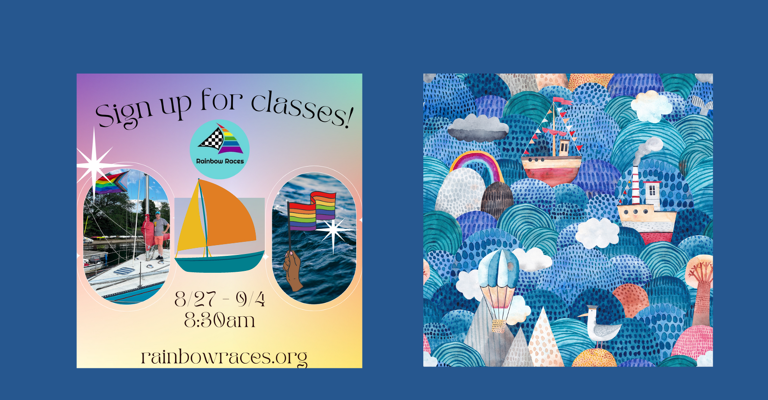 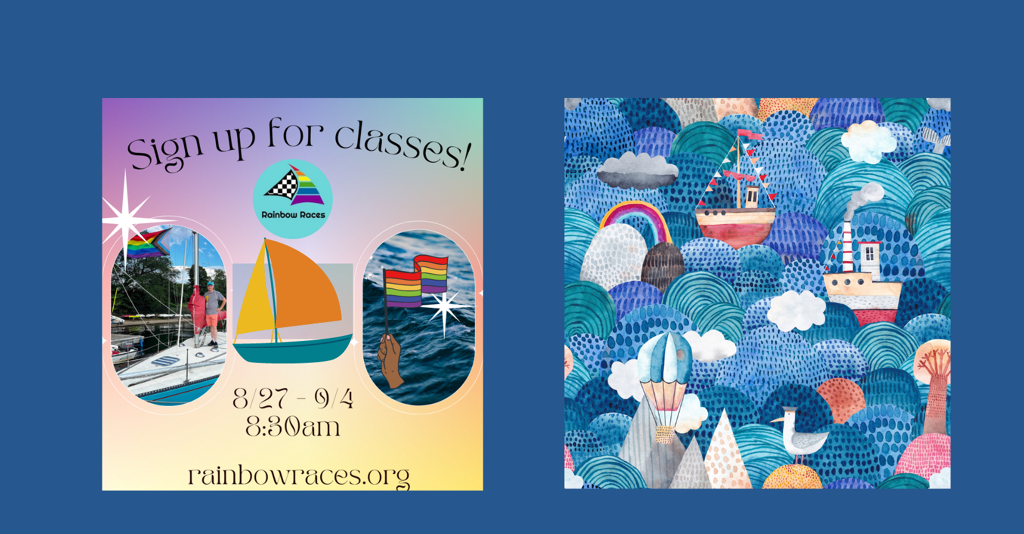 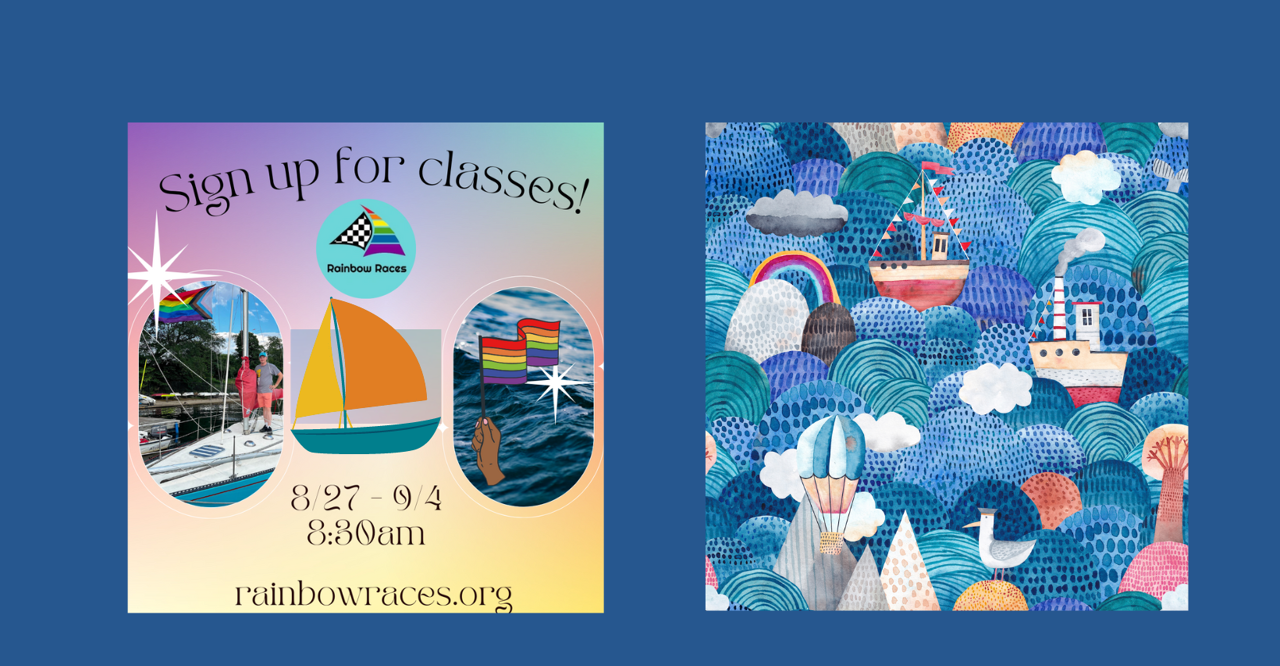 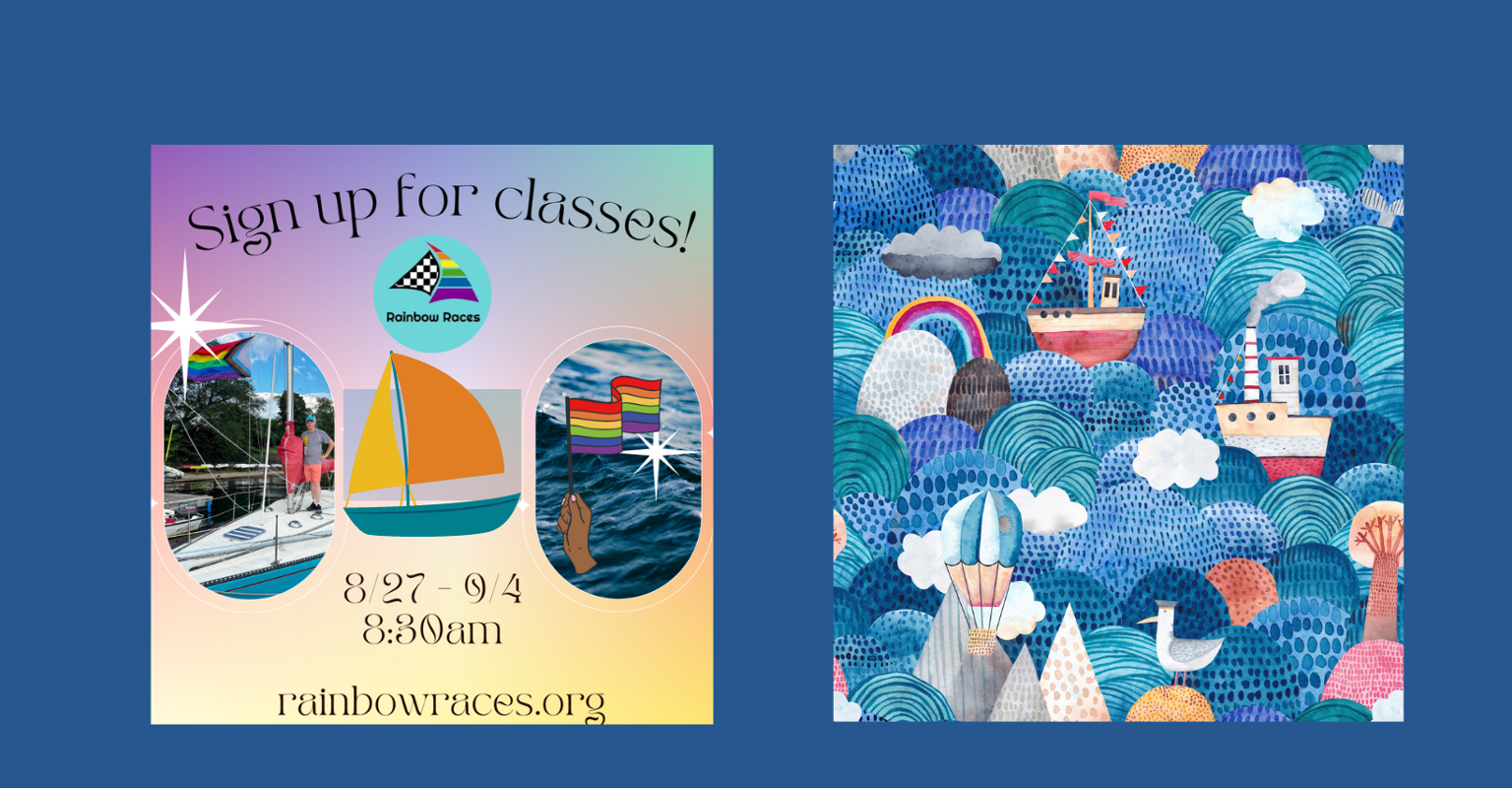 The shores of Lake Michigan have a long, violent past. It was on the South Side of Chicago in 1919 that Eugene Williams would drift into the white swimming area of a segregated beach. Angry white swimmers began hurling rocks at Williams, drowning him. In response to Williams’ death, the worst race riot in Illinois history would occur for a week-long period, during which 23 Black people were killed.

Chicago’s deal in 1851 pronounced the lakefront as “forever open, clear, and free,” however this didn’t include the life of Williams or the access for Chicago citizens due to race or class.

While beaches are no longer segregated in the city, there is still a divide in accessibility and education surrounding the water and the ability to sail across it. Approximately 2 million people live in Chicago and yet 800,000 citizens—mostly low-income and BIPOC residents— have never seen Lake Michigan, according to the Jackson Park Yacht Club.

And it’s not like Chicago is a stranger to the lake. There are over 6,000 slips to moor your boat between all of the harbors along the lakefront. Additionally, Chicago debuted the Sail Grand Prix, a weekend of 50-foot hydro-foiling race boats that sail at 60+ miles per hour, in June of this year making it the first global racing championship competed on freshwater. Teams from all over the world came to Lake Michigan to sail along the Chicago skyline.

Since 1898, the Race of Mackinac—a 333-mile treacherous race—has been held annually with a start at Chicago and an end in Lake Huron, off of Mackinac Island, Michigan. The race is the oldest freshwater distance race in the world with over 3,000 sailors competing every year.

So, why then, have so many folks in the city never been on a boat?

While films, TV, and the overall appearance make it seem like sailing is for the lavishly decadent and successful, it’s more of a stereotype than a reality. Because of this belief, sailing seems impossible for anyone who isn’t a straight, white cis man.

Like racing a car, you can choose to purchase a Ferrari or tinker with a go-kart. The same goes for sailing. Of course, you need to know if you even want to sail at all which requires the cost of classes and certifications. But across the globe, sailing clubs offer discounts and lower costs for minority groups who are interested in joining the helm.

While films, TV, and the overall appearance make it seem like sailing is for the lavishly decadent and successful, it’s more of a stereotype than a reality.

Charles Szymanski has lived in the South Shore, Chicago neighborhood his entire life. The neighborhood, nestled next to Lake Michigan, is home to Rainbow Beach, a swimming area since the early 1900s. Only 4 miles North is Jackson Park Habor, a historical parkland with a Japanese garden, the Museum of Science and Industry, the site of Chicago’s World’s Fair, and the future home of the Barack Obama Presidential Center.

Along Chicago’s 14-mile lakeshore are ten harbors, with approximately five being on the Southside of Chicago. Jackson Park’s Outer Harbor is located off of 63rd St. Beach with 115 slips and mooring cans for Great Lakes boaters and sailors. This is where Szymanski moors his donated 30-foot Scampi sailboat, “The Queens Revenge,” for his LGBTQIA+ sailing school, Rainbow Races.

“It costs less to live on a 30’ boat in Chicago, than an apartment. It’s all a matter of determination and research.”

Szymanski was first introduced to sailing by an eccentric math professor in college. “At the end of the term, she invited me out on her boat,” he says. From there, he gained a spark for sailing. He describes it as an experience of “peace and serenity,” from being out on the water as well as recovering from a divorce from his former husband. “The sea has this magical way of taking pain and anxiety from you in a way nothing else can and replacing it with a sense of calm,” he says. From then on, he was hooked.

After learning to sail and being on the water, Szymanski says he was ready to pass on that knowledge to other eager sailors. His school, Rainbow Races, is the first LGBTQIA+ sailing school in the Midwest.

“The main thing I’ve heard from folks, is cost,” says Szymanski. “Most seem to be deterred by the perceived (or real) high cost of sailing.” He explains, “It costs less to live on a 30’ boat in Chicago, than an apartment. It’s all a matter of determination and research.”

Another obvious deterrent is the whiteness, wealth, and straightness within the sailing community. In the last year or so, many yacht clubs have been implementing Diversity, Equity, and Inclusion (DEI) panels and guidelines for sailing clubs, inviting and encouraging BIPOC communities to learn how to sail. Older white cis-men reign in sailing but maybe it’s time they surrender their crown. Approximately “0.01 percent of sailing is diverse in ethnicity, gender, or sexual orientation,” according to the DEI panel discussion presented by ​​Lou Sandoval, a Chicago Yacht Club Chairman. Women, LGBTQIA+ folks, and disabled people all deserve to sail, and Szymanski wants to make that happen.

Gay sailing groups have been a historical part of the LGBTQIA+ community.

Although Rainbow Races may be the first official club in the Midwest, gay sailing groups have been a historical part of the LGBTQIA+ community. The Knickerbocker Sailing Association in New York, the Boston Yankee Cruising Club, and the Open Seas Yacht Club make up the Northeastern part of the U.S as well as the Pacific Rim Yacht Club in Vancouver and the Barbary Coast Boating Club in the Bay Area. Other groups like Women Who Sail and the National Women’s Sailing Association focus on getting women on the water.

At Rainbow Races, Szymanski hopes to reach LGBTQIA+ minority spheres and invite them on the boat. Classes will include learning about engines, marine electronics, or how to paint a boat. This is Rainbow Races’ first year as a sailing school. Currently, classes are offered at 8:30 am and last until 1:30 pm.

He wants his classes to tackle all of the obstacles. He says he invites “our much needed and often underappreciated allies,” to take a class. “I hope that they find the same sense of community, camaraderie, and acceptance that I have found. I hope that introducing new folks to the sea will spark a desire to go further with it. I hope that that spark translates into a lifelong desire.”

For long-term goals, Szymanski hopes that the classes will transform the sport of sailing and engage the community to pass on to the next generation who may be struggling to see themselves represented. Where much of Chicago now has access to the free and clear beaches of Lake Michigan, their access to being on the water is still limited.

The location is another important aspect of Szymanski’s sailing school. In the 1920s, the Southside of Chicago was the epicenter of Black gay clubs, with Southside balls still being present in the area. In the present day, with LGBTQIA+ neighborhoods like Northalstead (formerly Boystown) and gay beaches like Hollywood Beach being on the Northside of the city, Rainbow Races gives an opportunity to Southside queers who can have the opportunity to sail and can influence and invite the generations who come after them. It will open up waterways to a community that lives by one of the greatest freshwater lakes in the world, but who can’t sail across it.

Szymanski says sailing is more than a sport, “it’s also a way of life.” He says, “We have a saying that when you come to the harbor you leave land behind and all are now equal as sailors.'”♦