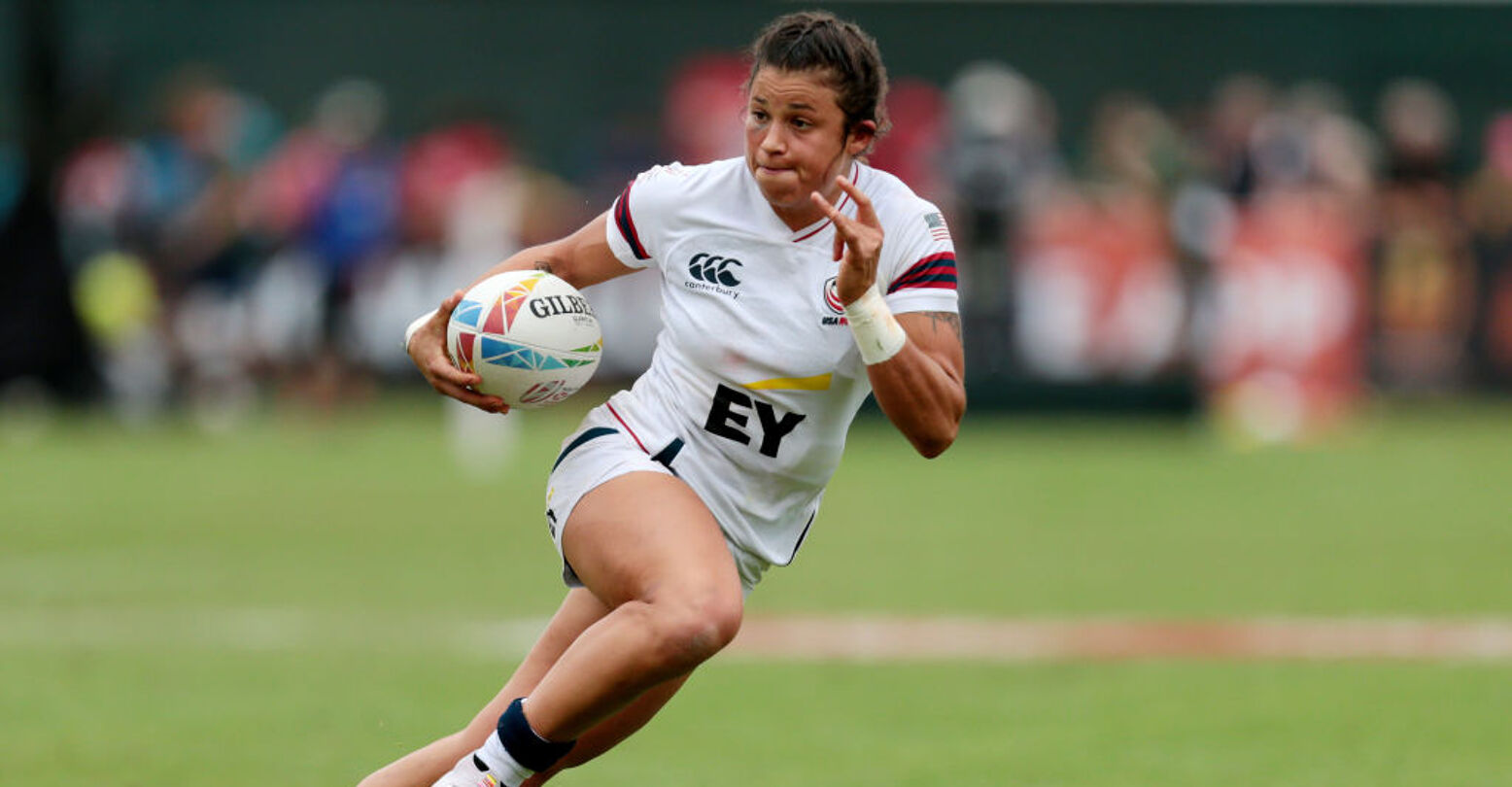 Around 186 queer athletes were proudly out and about for the Tokyo Summer Olympics, but Nicole Heavirland of USA Rugby hung back, not yet ready to be out herself. Little did Heavirland know that those Summer Games would prove to be the last time she ever competed as anyone other than herself.

Over eight months after competing in Tokyo with the USA Women’s Rugby Team, Heavirland finally feels ready to re-introduce herself. The Olympian is still the same intuitively skilled Scrum-half on the field; only now, she moves to the brand new beat of self-acceptance. According to an Instagram post shared last Tuesday, Heavirland is proud to report that she is—and always has been—a total lesbian.

While on the threshold of coming out, the one thing left to do is jump; and still, a fear of the fall keeps many of us from ever doing so.

As with all of life’s greatest revelations, coming-out takes time and dedication. For Heavirland, who remembers “growing up in a Montana town where everybody seemed straight,” the journey to self-liberation was far from short and sweet. Suddenly Heavirland was identifying her own queerness by way of a crush on her best friend; seconds later, she was already trying to suppress it.

Fittingly enough, Heavirland left little unsaid in the caption of her coming-out post. Once motivated by fear and now inspired by love, she wrote, “When I visited home, I found myself still suppressing who I really was just to meet what seemed normal in a small town. I feared how it would affect my friends, status, and future.”

Here and now, within the same future she once feared, Heavirland is happily out. As she opens up about her reality, so too does the world of possibilities around her. The only reason Heavirland would ever look back is to wish everything came to fruition sooner. As a matter of fact, while featured on “The Five Rings To Rule Them All” podcast, Heavirland mused that it would’ve been easier to come out earlier if someone else had done it for her.

On the road to Tokyo, Nicole Heavirland wished to win the gold; she also wanted to be outed on the list of LGBTQ+ Olympians published by OutSports.com. “That article came out and I was scrolling all the way to the rugby section and I was hoping I was on this list,” she admitted, “That would be easy. I’m hoping it’s just right here, Nicole Heavirland. When I saw it wasn’t there, I was like, dang it. But that would have been the easier route.”

In a weird way, Heavirland’s wish to be outed makes a great deal of sense. While on the threshold of coming out the one thing left to do is jump; and still, a fear of the fall keeps many of us from ever doing so. Perhaps there is nothing wrong with asking for a gentle push over the edge; and maybe, if queerness could exist without explanation, being outed wouldn’t be such a bad thing.