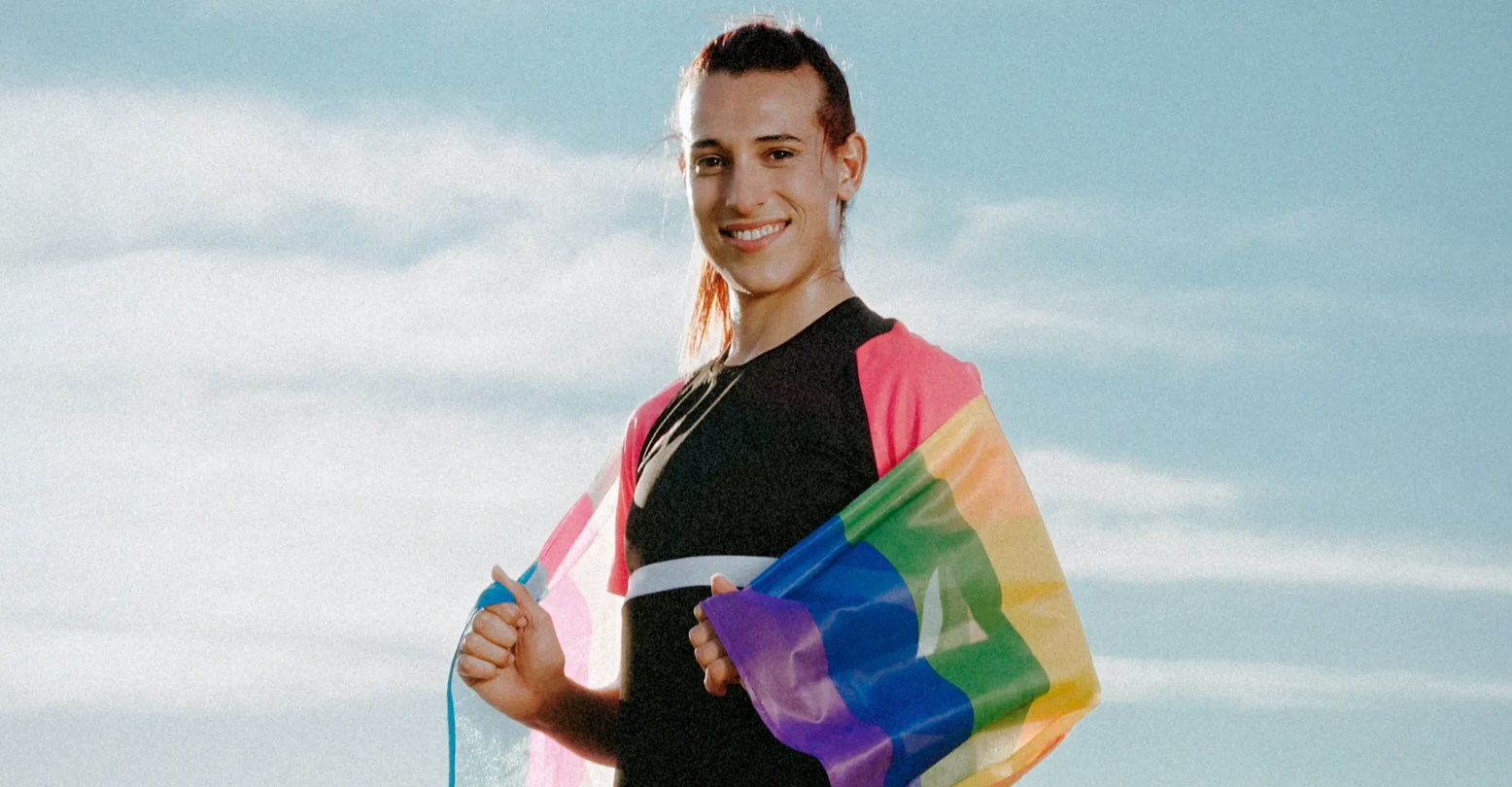 Trans soccer player Mara Gomez from Argentina has just been featured in Nike’s latest ad. The “Play New” advertising campaign began this summer, and it features athletes who are breaking barriers in their sport.

22-year-old Mara Gomez has now become the first trans player in Argentina’s pro soccer league. In the ad—amidst an artful montage of Gomez exercising, training, and laughing for the camera—she describes her first experiences with the sport as a child. “There was a little field right in front of my house,” she says. “And one day a friend told me, ‘Come play.’ That’s when everything changed.”

In a promotional blog post for the ad, she elaborates, “Soccer was good for me, it was an environment of distraction and emotional containment. I saw that it could be a tool to overcome barriers, obstacles and things I was experiencing on a daily basis.”

Though she had no initial aspirations to become a professional player, she has gone on to make history, and she acknowledges the weight of this responsibility. In the ad, she explains, “Today I’m the first professional transgender player in Argentina. And it was not easy, because I didn’t have a role model to follow. So it’s my turn to open the door for the athletes to come.”

When asked whether she feels she represents people, she says, “Lots of people have identified with my struggle with each personal victory. I feel that what I’m doing today is opening doors for future generations.”

This is also by no means the end of her ambition. Speaking on other obstacles she wants to break, Gomez says, “I would love to be able to reach out to FIFA and de-binarize their regulations. And on a personal level, I would like to wear the colors of our country in a World Cup. And if it’s not with me, it doesn’t matter, let it be with someone else, but let it happen.”

Gomez is now the second trans athlete to be featured by Nike, after Chris Mosier—who last year became the first out trans athlete to compete in the U.S. Olympic team—was highlighted in their 2016 “Unlimited” campaign.