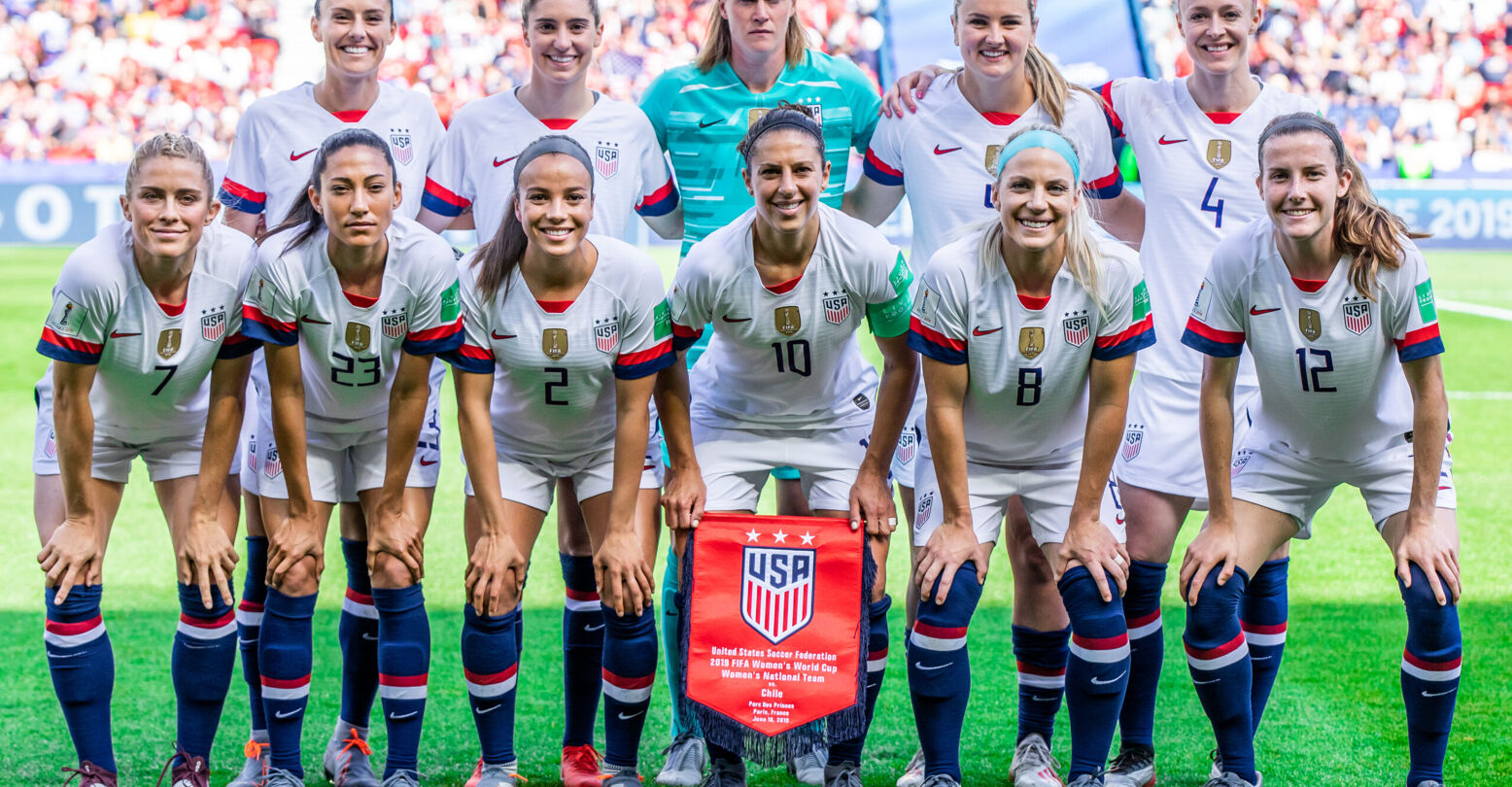 30 past and present members of the U.S. Women’s National Soccer Team (USWNT) have settled with the United States Soccer Federation (U.S. Soccer), the national governing body for soccer in the United States, five years after first legally claiming they were suffering from wage discrimination under the organization’s management.

The settlement is contingent upon the USWNT’s ratification of a new collective bargaining agreement, which will then be reviewed by a district court for final ratification. If finalized as agreed upon, U.S. Soccer will pay $22 million in backpay amongst the 28 players who were party to the lawsuit in 2019. Additionally, U.S. Soccer will fund a post-career fund with $2 million, which 30 eligible USWNT players can apply for up to $50,000 from after their retirement.

Most key of all, U.S. Soccer will offer equal rate of pay between both the Women’s National Team as the Men’s going forward.

Several members of the USWNT team — including out athletes Megan Rapinoe, Kelly O’Hara, and Adrianna Franch — became international feminist icons and advocates for pay equity. In 2021, Rapinoe testified before Congress and spoke at the White House on the issue.

In a statement today, U.S. Soccer and the USWNT said in part, “Getting to this day has not been easy. The U.S. Women’s National Team players have achieved unprecedented success while working to achieve equal pay for themselves and future athletes.

“Today, we recognize the legacy of the past USWNT leaders who helped to make this day possible, as well as all of the women and girls who will follow. Together, we dedicate this moment to them.”

U.S. Soccer and @USWNT are proudly standing together in a shared commitment to advancing equality in soccer. pic.twitter.com/Sp8q7NY0Up

Rapinoe said on Good Morning America after the announcement of the agreement, “I’m just so proud, to be honest… we’re going to look back on this day and say this is the moment that U.S. Soccer changed for the better.”

She was joined by fellow teammate Alex Morgan, who was also joined by Cindy Parlow Cone, the president of the U.S. Soccer Federation.

“This is just such a monumental step forward in feeling valued, feeling respected and just mending our relationship with U.S. Soccer,” Morgan said.

“We can’t go back and undo the injustices that we’ve faced,” Rapinoe also said. “The only justice coming out of this is that we know that something like this is never going to happen again and we can move forward in making soccer the best sport that we possibly can in this country and setting up the next generation so much better than we ever had it.”

"Something like this is never going to happen again and we can move forward in making soccer the best sport we possibly can in this country…"@alexmorgan13, @mPinoe and the president of the US Soccer Federation live as the @USWNT wins their fight for equal pay. pic.twitter.com/uV2nNh7WAE

.@robinroberts: “Is this considered a win for everyone involved?” @alexmorgan13: “It really is. This is just such a monumental step forward in feeling valued, feeling respected and just mending our relationship with U.S. Soccer.” #USWNThttps://t.co/kWY5S6eOU4 pic.twitter.com/hLJKoxjKMq

“It’s a really amazing day. I think we're going to look back on this day and say this is the moment that, you know, U.S. Soccer changed for the better.” — @mPinoe on the #USWNT reaching a historic agreement in gender discrimination case. https://t.co/kWY5S6eOU4 pic.twitter.com/k6Wf2rx9qM

Rapinoe and other USWNT players cheered the agreement and the opportunity to move forward as well.

When we win, everyone wins!

Today marks a historical day for the current #USWNT players, the pioneers of women who came before us, the generations to come & women around the globe. It has been a long battle that required a lot of work from so many people. Grateful and thankful for everyone involved.

It took a lot of work from a lot of people to get us where we are today. Grateful for every person that’s carried this torch. A huge step forward for women everywhere.
https://t.co/jkir7p5pZv

With this team it was never just about winning. It was about fighting for and believing in a better future. A big thank you to everyone that has supported this fight.

“I’m proud of the @USWNT for never giving up – on and off the field,” President Joe Biden (D) tweeted.

“Now, let’s close the pay gap in every industry,” he added.

This is a long overdue victory in the fight for equal pay. I’m proud of the @USWNT for never giving up — on and off the field.

Now, let’s close the pay gap in every industry. https://t.co/XHcHwseA9j

It’s 2022, and women shouldn’t have to keep fighting for equal pay—on the factory floor, at the checkout counter, or on the soccer field. But you don’t get what you don’t fight for. Congratulations to @mPinoe and all who took on this righteous fight! https://t.co/BaVS5SdN7x

Congrats! Today is a great day for #EqualPay. https://t.co/4hkQsgPLQi

A HUGE win for @USWNT & female athletes everywhere, all thanks to the tireless leadership of @mPinoe, @ChristenPress & so many others. The fight for #EqualPay on & off the field continues! https://t.co/BjRjJzuLmv

Congratulations to the members of the U.S. Women's National Soccer Team on this well-earned victory! https://t.co/FTO2bJEGPI

This is a HUGE victory in the fight for #EqualPay!

Congrats to @USWNT for getting the pay they’ve earned and deserve.

Now let’s do the same for every woman across the country. https://t.co/LZLtnU6RvO

Out tennis legend and activist Billie Jean King called the agreement “historic” and thanked “all people who worked tirelessly through the years to get this done.”

Several other athletes, activists, and fans of the US Women’s Soccer Team shared their thoughts on the news

Thank you to all people who worked tirelessly through the years to get this done. #EqualPay #EqualityForAll https://t.co/9UqlNjM4Xe

Ole happy day!! This is huge. BIG! US Women’s Soccer National Team (ladies) thank you for your perseverance, patience and fight for EQUAL PAY! #SETTLED pic.twitter.com/sijm6WQJrY

one can’t help but think (especially after getting a glimpse through the LFG doc) how much weight has just lifted off of those pushing this effort forward. some of those “vet” players left off of the roster just started feeling a whole lot lighter. https://t.co/WrJDzYTuOd

Today was so beautiful to witness, in a time where there’s so much pain and grief and chaos everyday. @mPinoe and these women see the world and it’s possibilities with such clarity and unwavering integrity.

I’m honored to be in their orbit everyday.

tweets from the #USWNT on 5/1/20 when the judge in the lawsuit rejected their equal pay claims pic.twitter.com/cR102Cy8t6

Reminder that US Soccer claimed in court they were justified in paying the women's team less than the men's because of women's "biological inferiority" to male athletes https://t.co/ODnLBvISo8