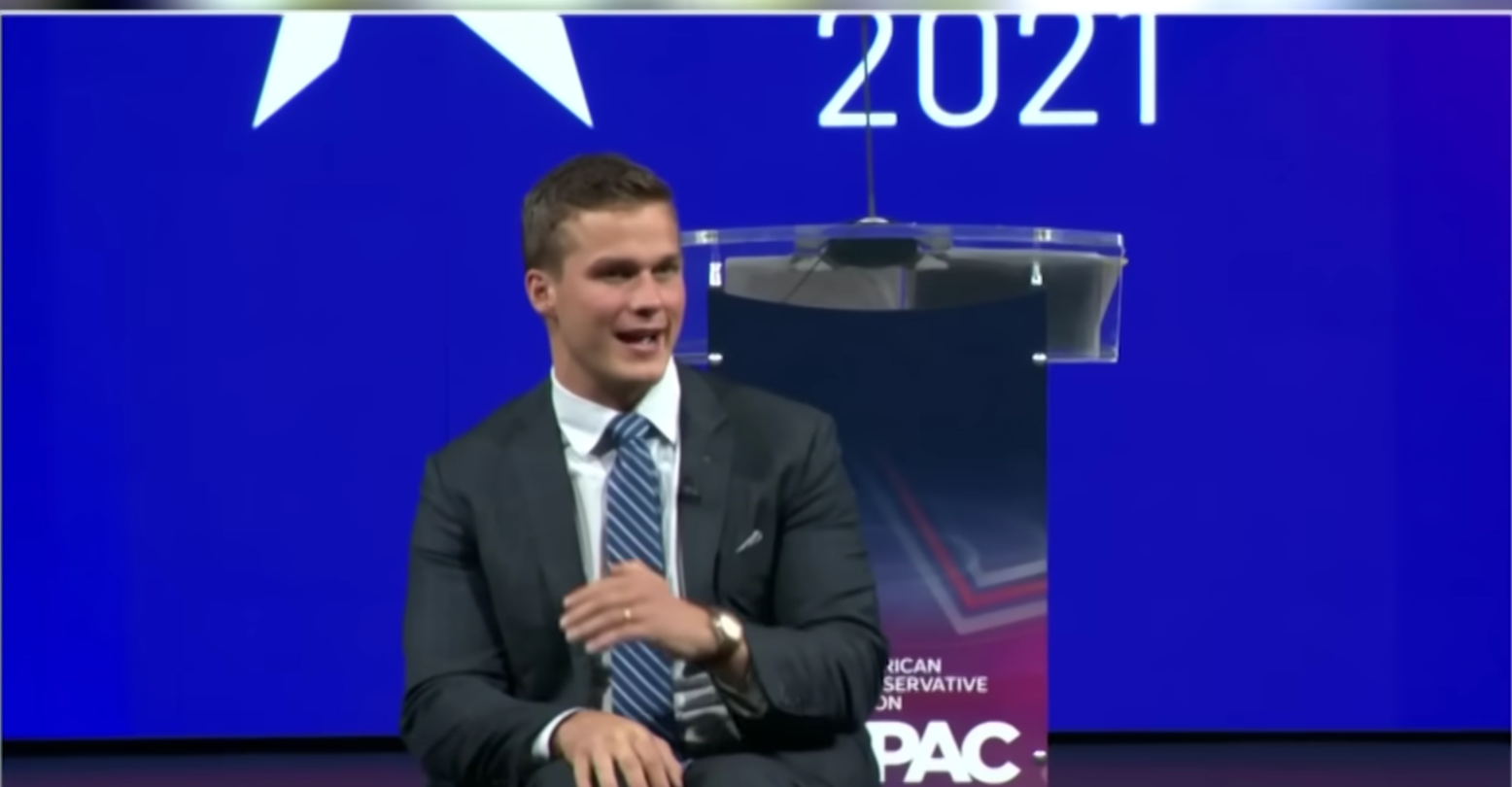 Many things may come to mind when you hear the name Madison Cawthorn. Perhaps you know him from his tree attack video, or maybe heard about his sexual misconduct allegations, or maybe you recall his day job as a North Carolinian politician – however you’re familiar with him, the 26-year-old is the U.S. Representative for NC’s 11th district and youngest member of Congress. But one thing that seems to consistently pop up is the Internet casually fawning over Cawthorn’s looks.

My husband just said he thinks Madison Cawthorn is hot.

Why does Madison Cawthorn have to be so hot?? 🥴🤔🤢

Madison Cawthorn is the epitome of everything that is wrong with the right wing…these deranged motherfuckers will tell you in the year 2072 that Donald Trump (like Elvis) is still alive.
Having said that, he’s hot as fuck. 😁😍 pic.twitter.com/sH7X7NIFfm

I have gay friends who think Madison Cawthorn is hot while acknowledging he’s a horrible human being.

Personally, when I know someone is horrible I stop seeing them as attractive. #VoteBlue2022

Even before his election to Congress, there’s been outpouring of commentary on his looks from the far reaches of the World Wide Web. The issue is that this gets used as one of the many deflections that Cawthorn has at his disposal from real issues he’s supposed to be working on (or working against, in his case.) It’s also a distraction from the scandals he’s been slowly curating like Infinity Stones.

The thirst is real and feels vaguely familiar: probably because this happened in the late 2000s when Aaron Schock stepped onto the scene. The former Republican U.S. Representative of Illinois’ 18th district was given the same treatment when he made his successful run for Congress, ultimately becoming the youngest person in Congress at that time at age 27.

Schock was seen on magazine covers, spoke at the Republican National Convention in 2012, and made several TV appearances that were giving “politics is a lifestyle”, as opposed to it being…you know…a civic responsibility. This became clear when the Republican Icarus flew too close to the son and his unethical spending habits came to light.

But the apple doesn’t fall far from the tree, as Cawthorn has found similar appeal and outreach through various social media platforms. He’s also found himself saddled with several scandals that call his ethics into question, as did Schock. His latest faux pas surfaced in the relationship between Cawthorn and staffer Stephen Smith after Smith was seen in a video groping Cawthorn. Information has also come to light detailing gifts and loans to Smith by Cawthorn. That’s a compromising position for a person whose platform was partially built on homophobia and transphobia.

And while it seems that there are some interesting developments afoot within the republican party and their connection to the NC congressman, Cawthorn’s possible gayness—like Schock’s—is not for us to decide. However, we do know that the superficial celebration of folks like Cawthorn does nothing but provide more fuel to their right-wing fire. The Gen Z Aaron Schock should not be celebrated for being attractive: he doesn’t need to be celebrated at all.

I don’t care if he wants to dress up in women’s lingerie.

I care that he’s attacked the entire LGBTQ community while doing it.