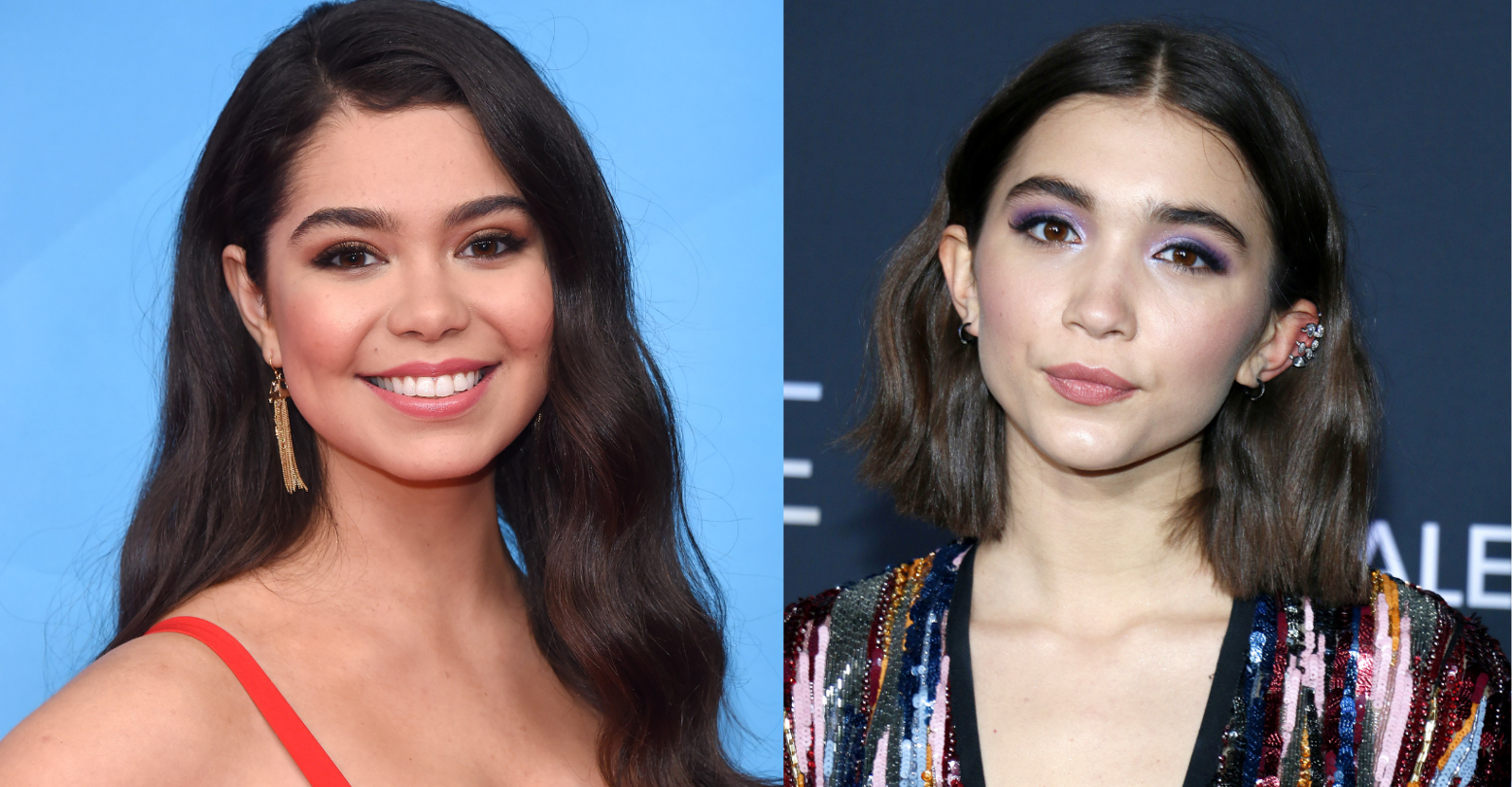 Two queer Disney alums (Moana’s Auli’i Cravalho and Girl Meets World’s Rowan Blanchard) are at the center of today’s internet feud. After news broke that the two are starring together in an upcoming queer teen romance, Cravalho posted a TikTok video calling out Blanchard for biphobia.

The movie, Love In Color, follows two high school track mates who fall in love, and with filming now complete, it will premiere on Hulu sometime in the future. Despite promoting queer love, Cravalho’s accusation suggests a different narrative going on behind set.

Although Cravalho has since deleted the video, a user on Twitter shared a screen capture. It shows Cravalho smiling and waving her hand in the air as news articles of the upcoming movie flash on screen. When photos of Blanchard come up, she frowns and covers her eyes. The caption reads: “She’s still biphobic but this movie is going to be so cute and queer!!!”

just found out auli’i herself is bisexual and the film is in post production rowan is going to hell for whatever she put her through on set ik it must’ve been invalidating asf https://t.co/YOIyCGC0fv

Cravalho has not specified what exactly went down, but when one viewer commented, “Crying cause that’s literally ur coworker,” she responded, “I was also crying.”

This is only the most recent incident in which Blanchard has been accused of biphobic behavior. In 2019, a Twitter user shared screenshots of a couple of tweets Blanchard had liked ridiculing bi people in straight relationships.

for the people who dont know, these are the biphobic tweets rowan blanchard liked, followed by her condescending apology where she blames being called out for liking them on cancel culture and says thats why she gave up on activism pic.twitter.com/LUDRauBuEO

Blanchard issued an apology on Instagram, though she largely blamed cancel culture for blowing the incident out of proportion. She said, “I’m queer as fuck! My boyfriend’s a trans man and honestly none of u guys know shit about my private life! I liked some tweets that were specific to a tweet between a community of writers whose tweets I find typically funny and interesting and hilariously cynical. I never said anything about bisexuality. Of course your identities are real. I never argued that.” She went on to describe how incidents like these discouraged her from activism.

The apology was subsequently criticized for its dismissive tone, but Blanchard has refused to speak further on the issue. While Cravalho’s TikTok video has brought renewed attention to the past controversy, Blanchard has yet to respond.