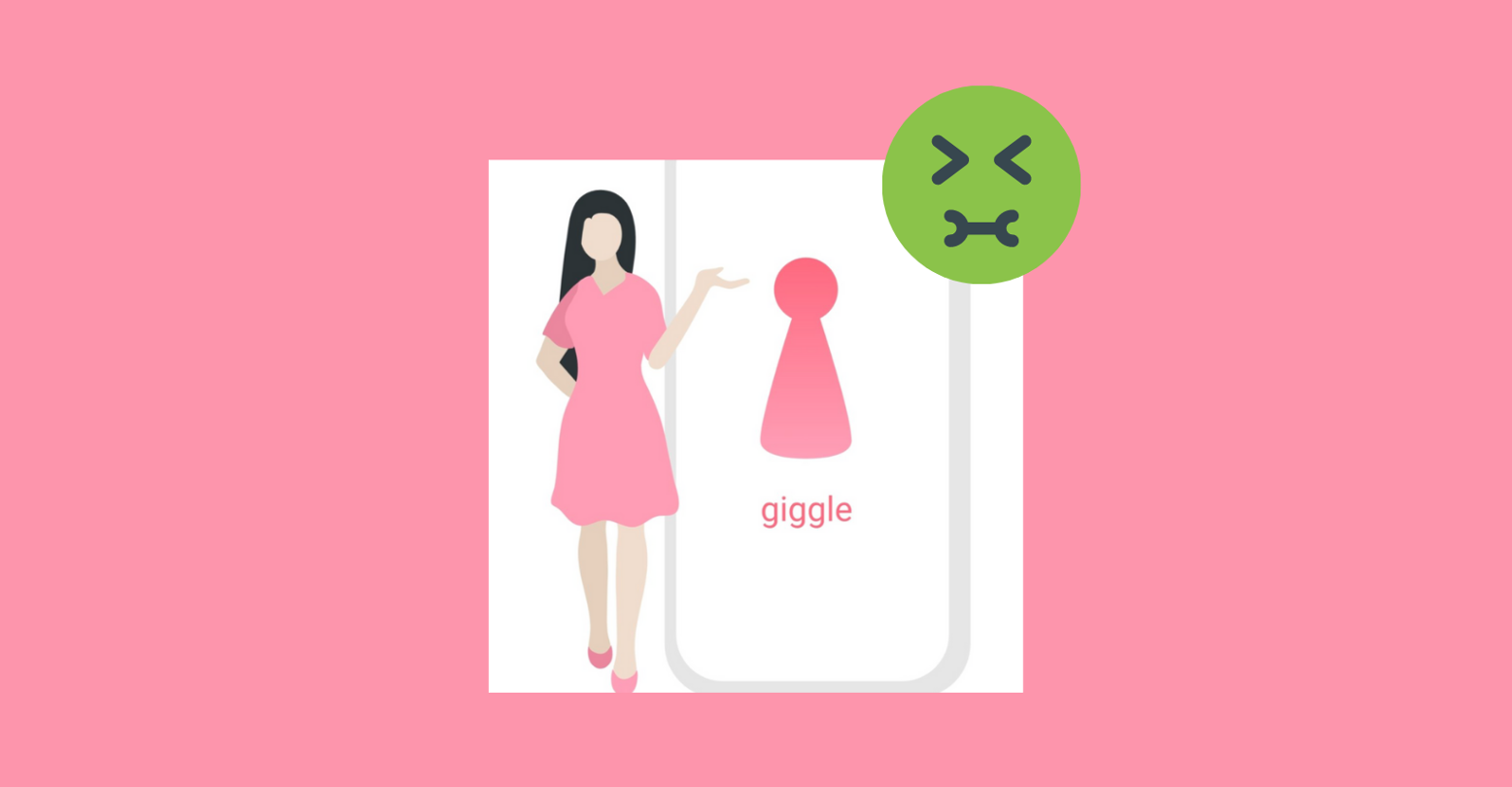 Imagine a dating app so transphobic that it uses AI to weed out any potential trans women or gender-nonconforming folks looking to join.

Well congratulations, you’ve just imagined Giggle, the latest TERF-powered mess to come out of the UK. In fact, Giggle has been around since 2020, but after a Verge article pointed out that Giggle uses AI to “determine” the assigned sex-at-birth of users, it’s been a bumpy ride for the TERF-for-TERF dating app. On Sunday, Business Insider reported on the story in-depth.

After PinkNews tried to report on the story further, Giggle founder Sall Grover posted a screenshot of the request to her Twitter account, claiming that questions surrounding the app’s exclusionary policies are proof that “misogyny is alive and f***ing well.”

I created an app for females, a place where women can connect, support each other & have a voice in a much needed male-free environment. Yet all the media cares about in relation to it is males 🤷‍♀️ in case anyone was wondering whether or not misogyny is alive & f***ing well. pic.twitter.com/NGXwRh2ocF

It gets worse: the AI company the app uses to make sure “males” don’t join comes from the company Kairos, which is responsible for misgendering women of color among other unsavory instances of bias.

Even more hilariously/disgustingly, Giggle’s website promises that the science used to determine who can join the app, which depends on measuring bone structure, is “Bio-Science, not pseudo-science like phrenology.”

Hm, not sure about that, kind of sounds like phrenology to me! What’s next, an AI that measures skull bumpiness?

Anyway it’s a huge mess, and Grover is showing no signs of backing down. Because calling out transphobia? Clearly just misogyny in disguise, right?

.@salltweets Just downloaded your app #Giggle, "For Females Only" and, based on my selfie, I've been "verified as female." Thanks! What I want to know is, how can you defend blocking women like me from using your app? I'm #trans, and I write for @Forbes https://t.co/diEyFWqJst pic.twitter.com/sSAm4ocIcK

Jokes on you, AI!

I've passed face verification on Giggle, meaning as a trans woman I am the stronger AI https://t.co/azk4iF4QxQ

This is the audience the founder of Giggle cultivates. This isn't a 'woman's space' it's a vile platform filled with bigotry and hatred. pic.twitter.com/gyOjrSKpIV

Giggle is a social networking app built by a TERF that aims to be "female only" by excluding trans people. They claim to use AI to verify user photos to ensure they are "female." I was easily verified by the app yet many cis women of color are filtered out by the AI. pic.twitter.com/x9jtkVC83k