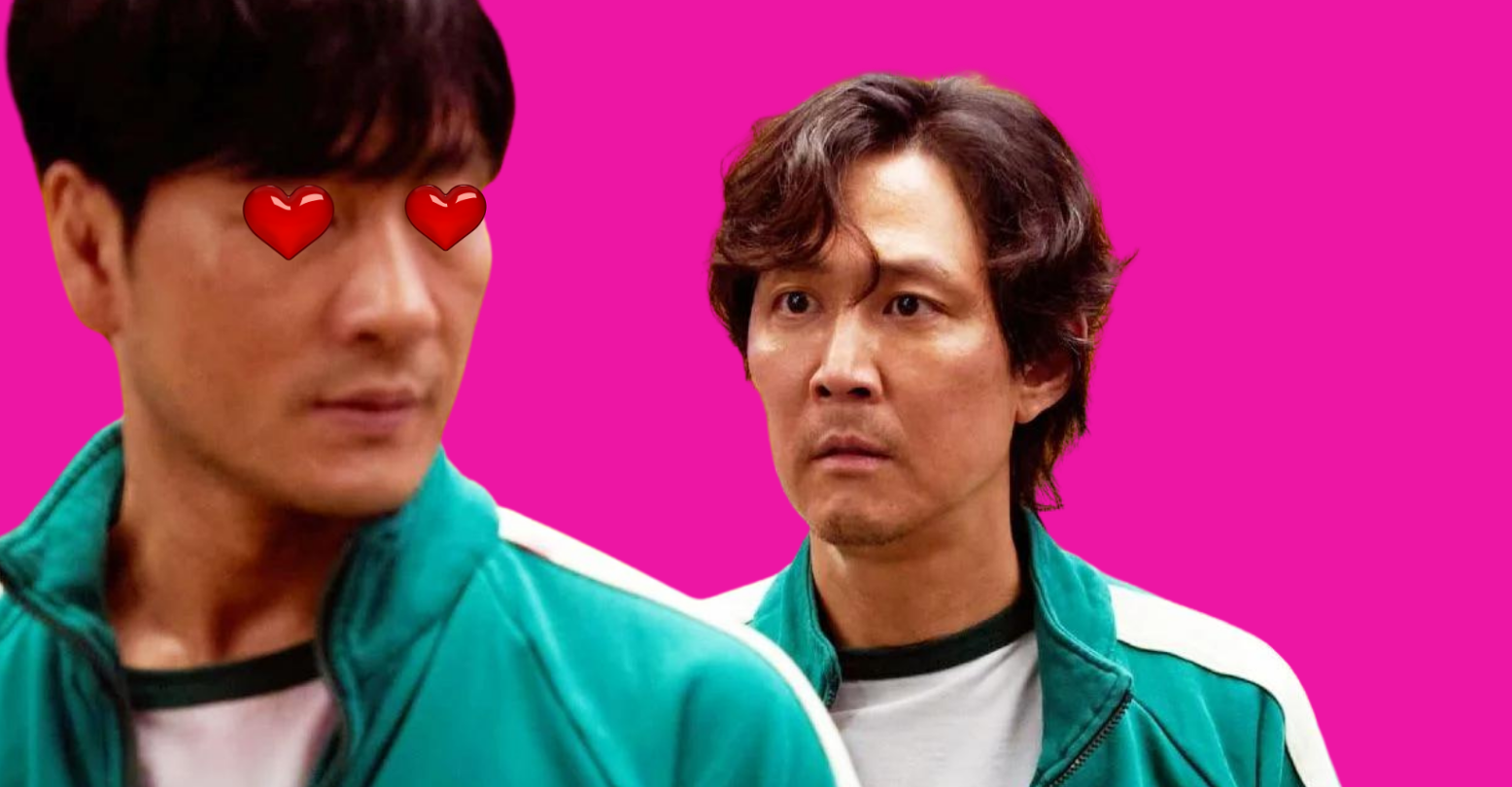 SPOILERS FOR “SQUID GAME” BELOW!

Last night, I was simply minding my own business and being a professional homosexual on the web, when I made a startling, wonderful discovery:

I’m not the only person who is shipping Sang-woo and Gi-hun from the bloody Netflix hit “Squid Game.” There are, in fact, several others who are doing this, and some of them happen to be fantastic artists.

Full disclosure: because I’m deeply mentally ill, I no sooner finished watching “Squid Game” for the first time a few weeks ago than I began to obsess about how soon I could watch the show for a second time. I love violence, and this show really, really leans into the copious violence in a wonderfully visceral way. The sound the bodies make when they hit the floor after the Tug of War scene? Wow. Sang-woo’s final sacrifice? Damn. I’m in awe, it’s everything I’ve ever wanted. But also, as with most art I enjoy, it didn’t take me long to start wondering, once Sang-woo and Gi-hun are revealed as the last men standing, “hey, what if these two school friends…kissed?”

I’m into all the big M4M fandoms, and a few of the more salient WLW ones. During the Tumblr years, I shipped Benedict Cumberbatch’s Sherlock and Martin Freeman’s Watson to my heart’s content, courtesy of the many excellent fan art offerings showing the two men in a cozy, naked embrace. I shipped all the “Doctor Who” doctors with each other, and I shipped the absolute fuck out of Rizzoli and Isles, just as the show wanted me to. But for some reason, I wasn’t expecting others to share my excitement about the prospect of Gi-hun and Sang-woo getting it on amidst corpses and blood.

And yet: where there’s an Internet, there’s a way, and where there are two handsome male leads on a TV show, you can be sure there’s a fandom lurking close behind. Lo and behold, I entered the world of “Squid Game” slash art, and my world has been utterly ROCKED.

I really enjoyed this portrait of the two friends staring hopelessly at the stars together:

To be sure, #Sangihun is a hashtag that you can 100% search on Twitter if you so desire, and it will deliver RESULTS:

There’s even a slash fic story that involves Gi-hun getting married and Sang-woo being very upset about it:

#Sangihun, I like to call this one “Burning up Gi-Hun’s wedding invitation”. pic.twitter.com/nGr2qNSGZ7

Honestly, thank GOD for this fandom:

#Sangihun Because for some reason, 1 out of 3 fanfics have a flashback of them on some rooftop, and I’m here for it 🙏 pic.twitter.com/oRz65IdyR6

This romantic supercut is really giving:

Things are HEATING UP:

Oof, that’s just about all I can handle for today. If you need me, I’ll be taking the world’s coldest shower and thinking about my life decisions up until this point.