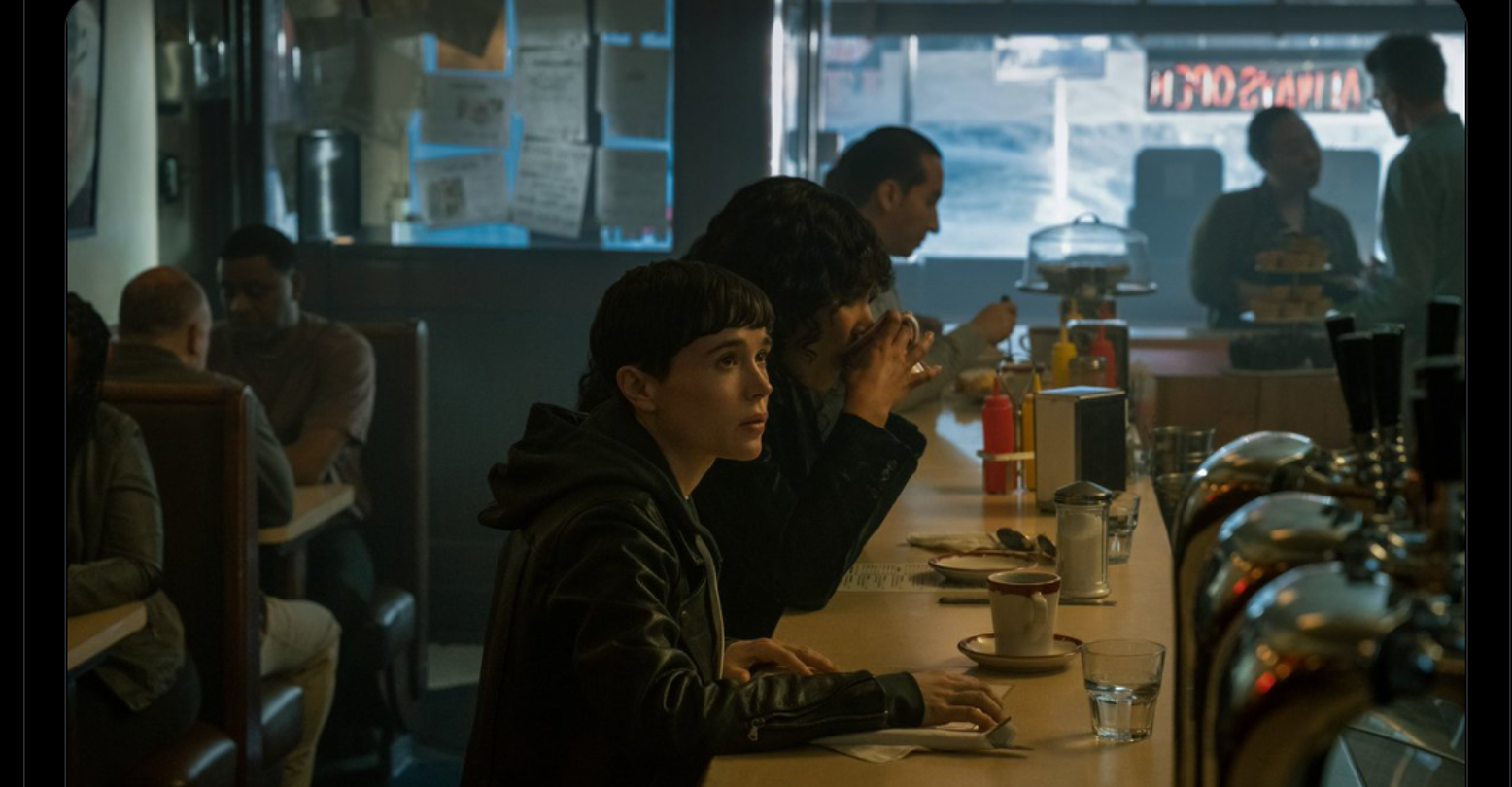 If you don’t know, there’s this amazing actor named Elliot Page (he/they). The multi-talented Canadian actor has appeared in multiple films, such as Juno, Inception, Freeheld, several X-Men films, and starred in tv shows, like Tales of the City and The Umbrella Academy. He’s also produced various films and even directed a documentary on environmental racism called There’s Something in the Water.

Did I also mention that Elliot has numerous accolades and award nominations under their belt?

In 2020, they came out to the public as trans in 2020 and have been living their best life ever since.

I mean look at the material! Get into this glow!

🚨🚨🚨 Elliot Page has arrived at the #Oscars 🚨🚨🚨 pic.twitter.com/JrvFplYwg1

One of their latest projects is season 3 of The Umbrella Academy on Netflix. The sci-fi, action series stars Elliot Page, Tom Hopper, David Castañeda, Emmy Raver-Lampman, Robert Sheehan, Aidan Gallagher, and Justin H. Min as super-powered siblings, whose adoptive father trains them to become an excellent crime-fighting team, but a dysfunctional family.

Most recently, Elliot posted on Twitter about their character Viktor Hargreeves.

Elliot’s post, as well as articles from multiple outlets, confirm that Elliot’s character will come out as trans in the new season. While there’s still a long way to go for on-screen representation for trans actors, fans of Elliot and The Umbrella Academy can celebrate a trans actor being able to transition alongside their character.

Naturally, the internet went wild and plenty of folks are head over heels in love with Elliot’s announcement.

viktor hargreeves and elliot page. my heart. my favorite people ever i swear

The change from Vanya Hargreeves to Viktor Hargreeves (from Umbrella Academy) in support of Elliot Page and their transition is incredible, and makes me feel seen as a trans man. This is the representation and treatment that we all want.
Absolutely beautiful. pic.twitter.com/ytKgxvqDlL

HIS NAMES VIKTOR HARGREEVES I FUCKING LOVE IT pic.twitter.com/jBcrjll28p

Listen, as a trans man who has loved the original Umbrella Academy comics since they came out, this means like, a truly significant amount to me. ❤️ So much love to @TheElliotPage. 🙏❤️❤️❤️ https://t.co/9TghmZreaS

i literally just cried over elliot page’s announcement that his character will be Viktor in the upcoming season of Umbrella Academy,,,,we love trans representation

There are those who have their “concerns” about the character’s development and how it fits canonically with the source material for the show. But thankfully, many are quick to combat that and pour out more love for Elliot and Viktor.

“Oh but how will people understand that Elliot Page’s character has a new name?!?!?” HOW WERE THERE THREE GUYS PLAYING SPIDER MAN IN ONE MOVIE, WHO CARES

to people being like, “omg, how are they going to introduce this?” I see it going down like this:

And then they move on. It doesn’t have to be such a wild move. The Hargreeves are superheros w/powers. Like-

All we have to say is “keep being the shining light that you are, Elliot Page!”

With deep respect for those who came before me, gratitude for those who have supported me & great concern for the generation of trans youth we must all protect, please join me and decry anti-trans legislation, hate & discrimination in all its forms. pic.twitter.com/5yr8TYywTn