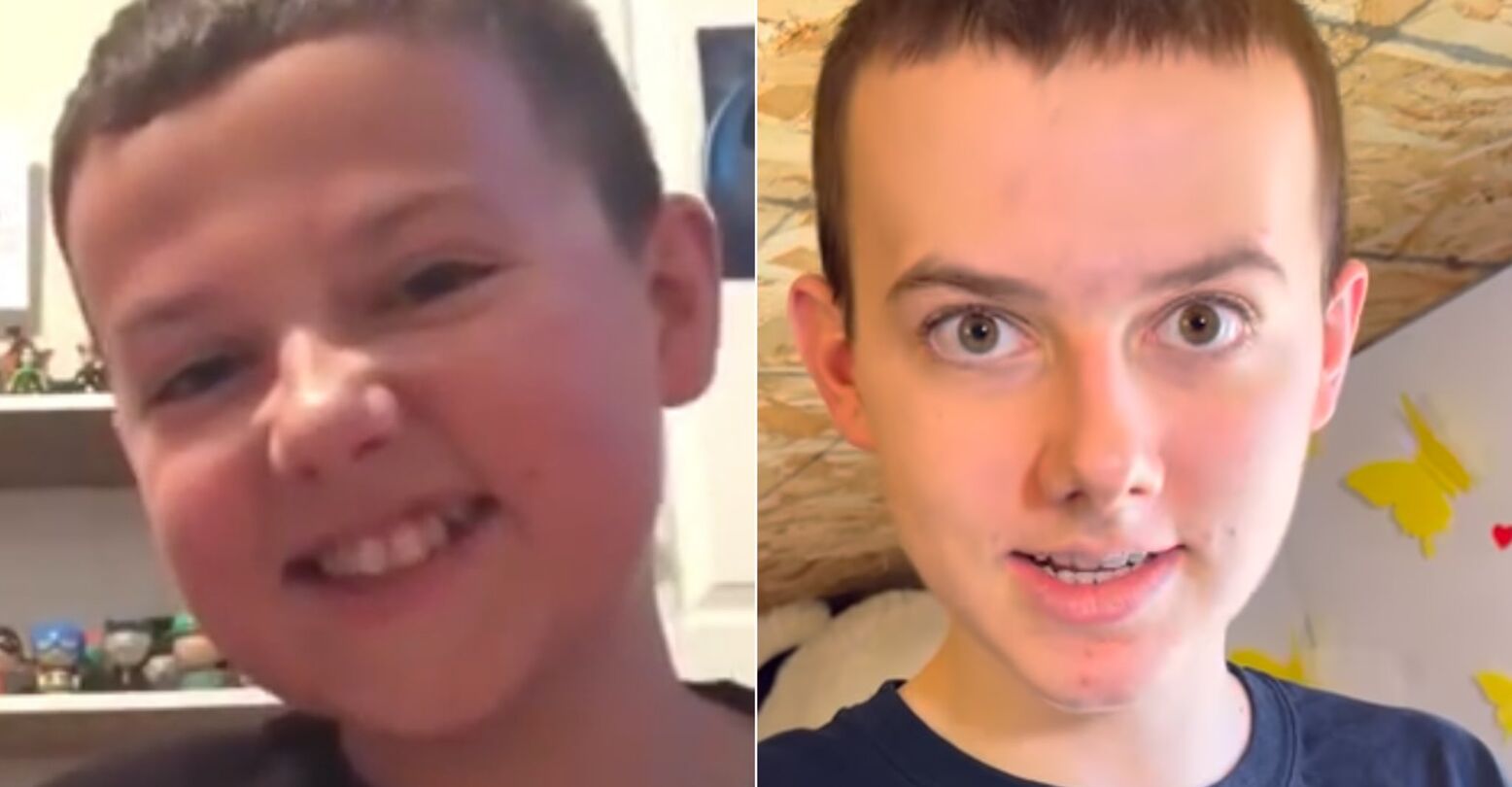 Remember that iconic video of a little boy lip syncing and dancing to Lady Gaga’s “Alejandro”?

“Come on monsters! Let’s go!” he shouted with a massive smile. “Everyone better be jumping!”

That superfan, Staten Harry, actually made several videos like this, lip syncing to all of Gaga’s biggest hits. Many queer folks saw themselves in these clips, celebrating the undeniable power of a pop diva. So what ever happened to Harry?

Fans recently discovered Harry has moved on from worshiping Gaga to worshiping a new idol: Jesus Christ. Yes, you read that right. The biggest of all little monsters has ditched Mother Monster for Christianity, and he’s been spreading the gospel on his new YouTube channel, “Staten L w Spreading_GodsGrace.”

its a sad day today pic.twitter.com/mtOh0N6bgy

Now, being religious and loving Lady Gaga aren’t mutually exclusive. But Harry’s made it clear that he’s abandoned any interest in the pop star.

“March 28th used to be a VERY demonic day for me because it’s Lady Gaga’s birthday…. a day I used to worship her and exalt her on so crazy much,” Harry wrote in the description of one of his videos. “So anyways just a little testimony of HOW GOOD GOD is and how now on March 28th im glorifying HIM not a mere celebrity.”

“I legit had thousands of pictures of her on my phone. Pictures even on my wall. My clothes. My phone’s wallpaper. My entire social media accounts were even based upon worshiping her,” he continued. “Wow….Thank you LORD for saving me. Amen.”

NOT THE LITTLE MONSTER BOY WHO SANG ALEJANDRO BECOMING A RELIGIOUS FANATIC pic.twitter.com/q4sk0vQJJR

He still likes some pop music — he replied to a fan saying he now listens to “more normal artists like Taylor Swift.” There’s a lot to unpack in that statement. Don’t worry, Taylor, we know you’re an ally.

he became a swiftie after conversion therapy??!! 😭😭😭 pic.twitter.com/4yPjCOu7gM

There are plenty of reasons people convert to new religions, but some fans were worried Harry’s new faith could have more sinister undertones, like that his parents forced Harry to hide who he really is or even put him through conversion therapy.

In all seriousness I hope he’s ok… families who force their kids to hide what they are is so sad and toxic. Hoping this little icon is safe and will eventually be able to be his true self ❤️ pic.twitter.com/0bXcefhUAR

Harry apparently also rejected his LGBTQ+ identity when he rejected Gaga. Fans found a comment of his on a religious YouTube video titled “She Turned From The LGBT Lifestyle.” Harry commented, “Coming from someone WHO USED TO BE completely part of that community and supported it 100% This is amazing GOD IS soo good.”

He also commented on that video pic.twitter.com/ob3AuWq960

Unfortunately, since Harry’s new religious channel was discovered, he first limited comments on his videos and then deleted his channel entirely. Whether Harry stays religious or ever returns to the Lady Gaga fandom, here’s hoping he can at least be true to himself.