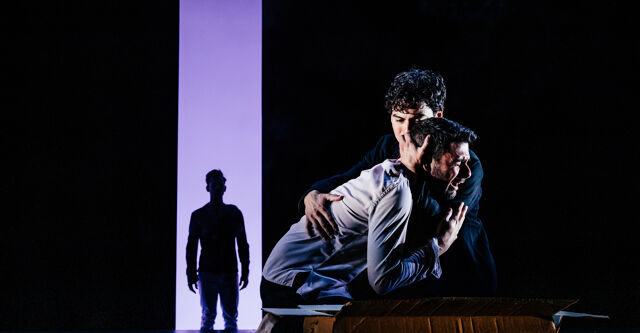 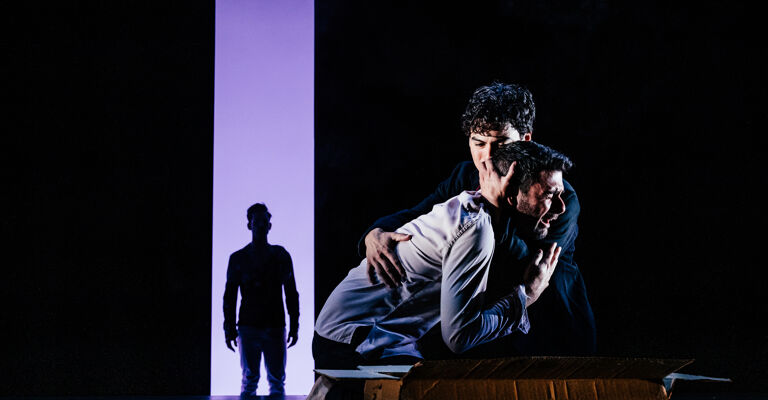 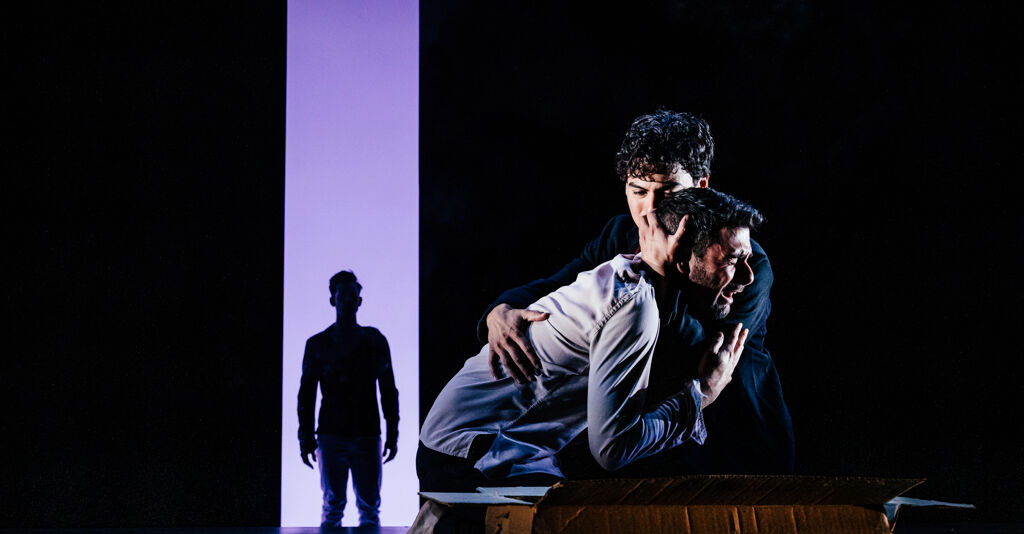 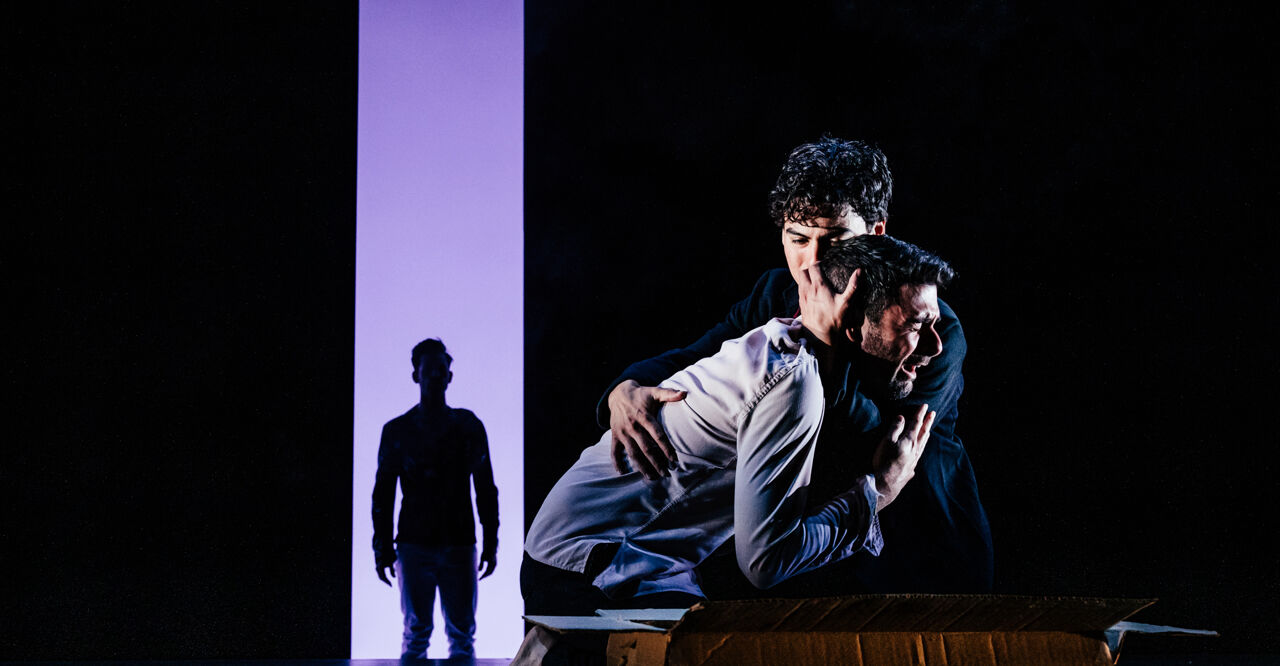 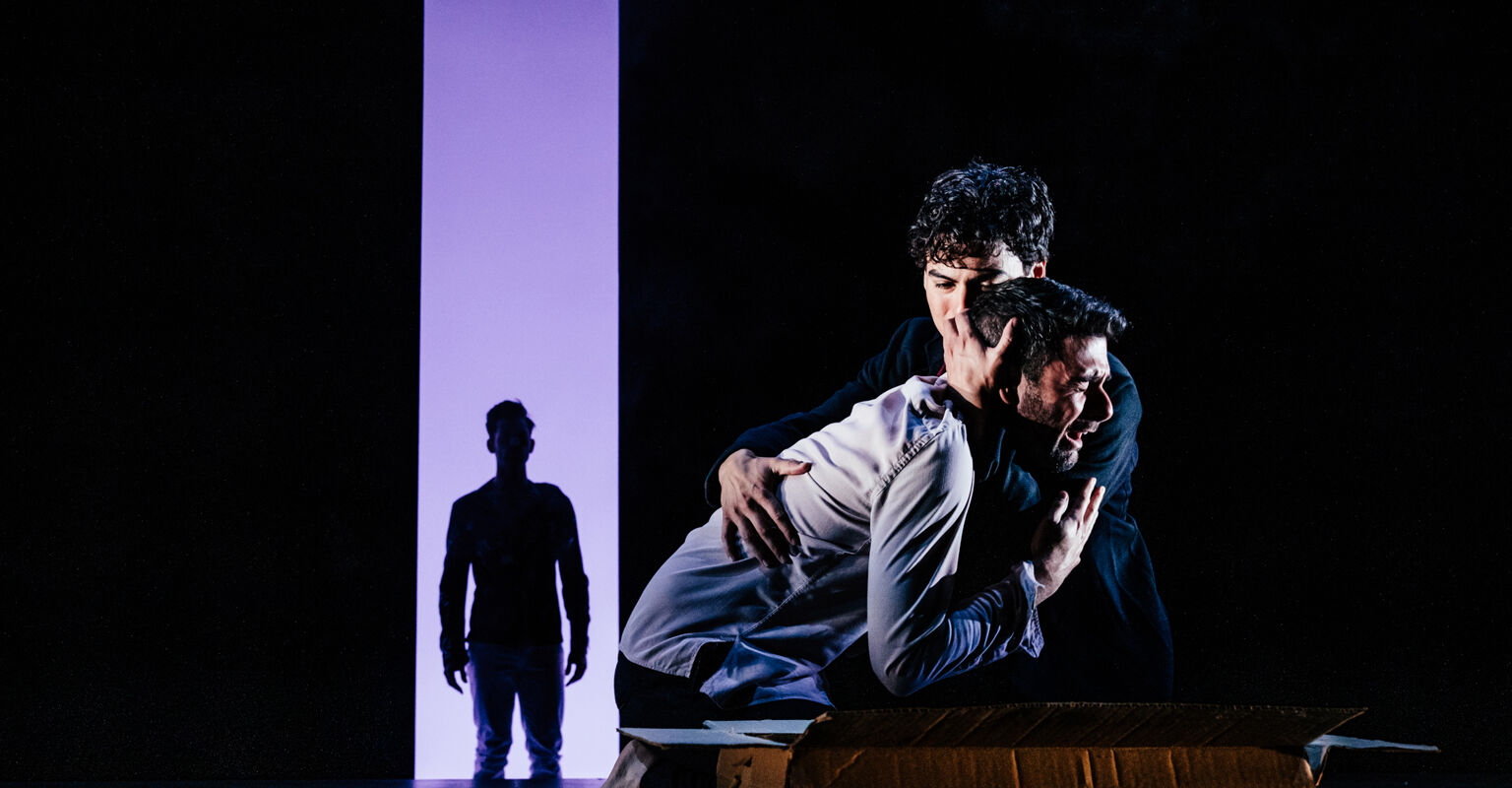 The two-part, seven-hour play performed over two nights (or one very long day) is a reimagining of E.M. Forster’s “Howard’s End” that originally premiered at London’s Old Vic in 2018. A Broadway transfer in 2019 led to 11 Tony nominations and four wins, including Best Play. However, this story, which chronicles three generations of gay men reflecting on the impact of the HIV/AIDS epidemic on their community, drew criticism for its primarily white casting and portrayal of queer life that largely excludes the experiences of people of color. In an op-ed for the New York Times, Lopez wrote that race in “The Inheritance” “is not one of its central themes…[and] is a decision that I made consciously as a person of color.” That choice is disappointing because it neuters the play, removing its ability to agitate audience members into action. And action is needed, particularly when the queer Latine community that he is a part of is experiencing a new HIV diagnosis rate that is nearly double the national rate.

Two and a half years later, the Geffen Playhouse in Los Angeles is shouldering the weight of that admission with a new production that opened on October 16. Although the play’s book remains the same, there has been an intentional effort to build a racially inclusive cast this time around.

“The Inheritance” joins a body of theatrical work intent on humanizing the painful loss that an entire queer community experienced because of the U.S. government’s homophobic negligence in addressing the HIV/AIDS epidemic. The 90s saw a flurry of plays and musicals that captured the current epidemic state at that time. Between 1992-1996, at least one play or musical set in the HIV/AIDS epidemic was nominated (and often won) the Tony Award for Best Play or Best Musical.

These works are vivid examples of a community’s resilience while urging for action on the inequities that had yet to be addressed. In Tony Kushner’s “Angels in America,” Roy Cohn leverages political connections to get his hands on AZT, directly taking the medication from folks enrolled in a drug trial. In Kramer’s “The Normal Heart,” Ned Weeks co-founds the Gay Men’s Health Crisis to fundraise for grassroots social services to support patients in the epidemic’s early days.

Lopez sets his play on the eve of the 2016 presidential election, decades removed from the summer of 1981, when the first cases of HIV infection were documented in the U.S. Dewy-eyed proclamations of progress set the tone. On-stage are three generations: those that came before the epidemic, embodied by E.M. Forster (Bill Brochtrup); those who came of age at the onset of the epidemic, represented by two husbands, Henry Wilcox (Tuc Watkins) and Walter Poole (Bill Brochtup), and those who came after, a gaggle of gay men that lovingly crowd the stage. The nexus of this gaggle is Eric Glass (Adam Kantor) and Toby Darling (Juan Castano), two boyfriends whose relationship drama serves as the play’s thrust.

This could be the setup for an intergenerational conversation between queer folks that acknowledges the progress towards ending the epidemic while also imparting lessons of activism that can be applied to today’s challenges in reducing HIV transmission.

However, “The Inheritance” sidelines the current state of the HIV epidemic and, instead, focuses on how a narrow slice of the queer community has been able to survive its most harmful consequences. This is best exemplified during a discussion on the development of antiretrovirals and their ability to help people living with HIV achieve viral suppression.

Wilcox is a free-market evangelist who has made billions from real estate development and is a survivor of the epidemic’s early days. From his perspective, the economic mechanisms that reaped his fortune are also responsible for incentivizing the innovation needed to develop an effective HIV treatment as quickly as possible. The debate that ensues is whether a free market or organized efforts from queer activists incentivized HIV research leading to antiretrovirals.

That’s where the debate stops.

Little is said about the current state of research and how the free market has not led to full accessibility of HIV treatment. The development of antiretroviral therapy has been vital and successful in extending the life expectancy of people living with HIV. New interventions that more effectively deliver this treatment, such as injections or long-term implants, are being tested in human trials. Typically, the results of these early trials are delivered at research conferences whose high price tickets act as a barrier for practitioners to access the information. Even when these interventions go on the market, the exorbitant price tags mean that any chance of receiving these treatments relies on access to health insurance or personal wealth.

These, among other barriers, are why only an estimated 57% of people living with HIV in the U.S. have achieved viral suppression. Consequently, Lopez’s intellectual jousting over capitalism’s relationship to HIV treatment research feels rose-colored and ignores the present-day barriers that make this conversation presently urgent and overlooks the timely facts that push against the epidemic’s treatment as a memory.

Current access to treatment is only addressed when Tristan (Jay Donnell), a Black man living with HIV, delivers lines with the stiffness and cheery optimism that could have been pulled from a Truvada ad. He talks up the life-changing effects of the medication and explains how the treatment regimen has increased his white blood cell count. Now when he discloses his status to sexual partners, instead of stigma it’s “oh you’re Poz? Ho hum, f*ck me daddy.” Tristan also delivers the statistic that half of Black gay men will have been diagnosed with HIV within their lifetime. However, after the weight of that statistic falls onto the audience, and even for a split-second gives the billionaire pause, it is cast aside, its shock value depleted.

Wilcox’s shock at Tristan’s statistic represents how disjointed the community can be and how siloed our experiences are, but it provides no guidance on bridging that gap.

Racially inclusive casting cannot make up for writing that avoids a comprehensive and contemporary account of the HIV epidemic. Sure, no one piece of writing will be able to cover every perspective and detail of how the community is currently experiencing the epidemic. But the play’s length leaves room for more than a nod to the damning infection rates still affecting queer people of color. This is the fight in the epidemic that still is yet to be won; it is the problem that three generations of queer folk should have thought to solve. Wilcox’s shock at Tristan’s statistic represents how disjointed the community can be and how siloed our experiences are, but it provides no guidance on bridging that gap.

Other playwrights are working to do exactly that. Donja R. Love is a playwright living with HIV whose career has focused on expanding the representation of HIV-related narratives onstage. His play one in two expands on the statistic and explains how it is treated as a “hidden state of emergency.” Audience members who attended The New Group’s Off-Broadway production left with a list of HIV/AIDS service organizations working to eradicate the statistic. This small action framed the epidemic as ongoing and disproportionately affecting a particular group of people.

At one point during The Inheritance, Forster proclaims that the community must be brave enough to tell its stories or face the risk of erasure. Instead, Lopez establishes a relationship with the HIV epidemic that only looks back on its history without looking forward to the challenges our queer community must still overcome. In that way, Lopez himself is only telling half the story. ♦