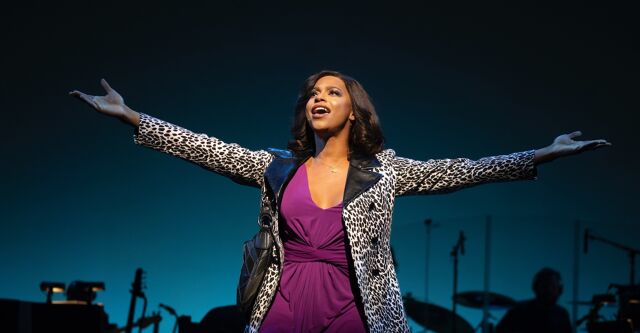 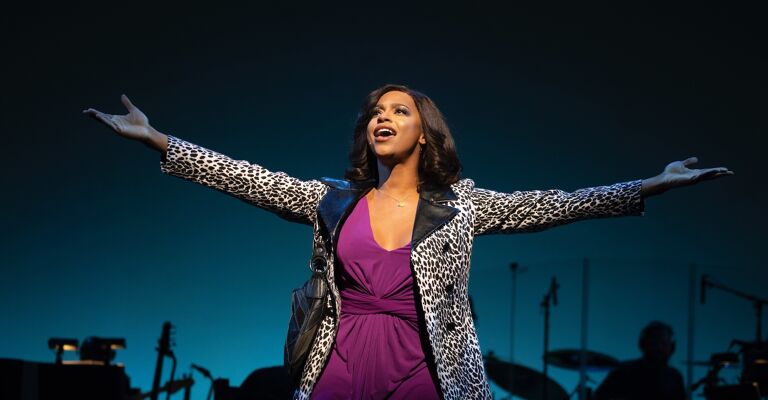 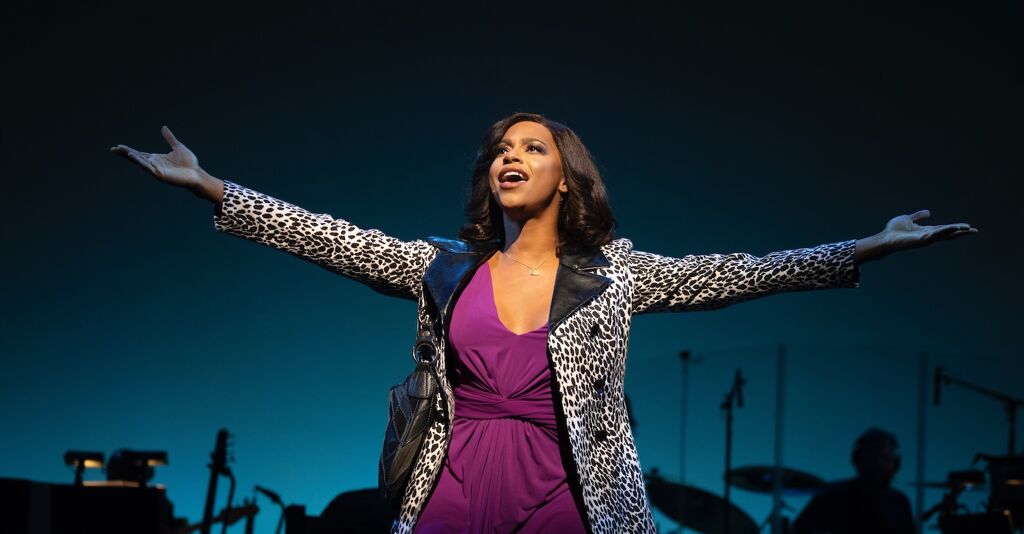 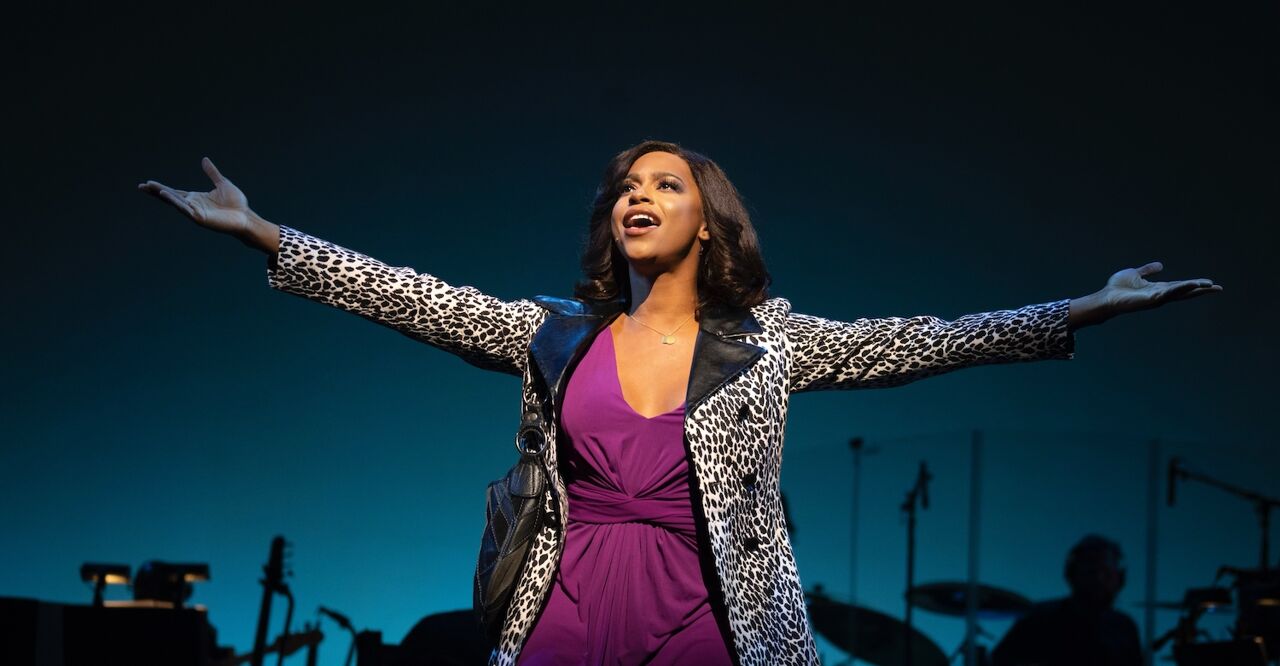 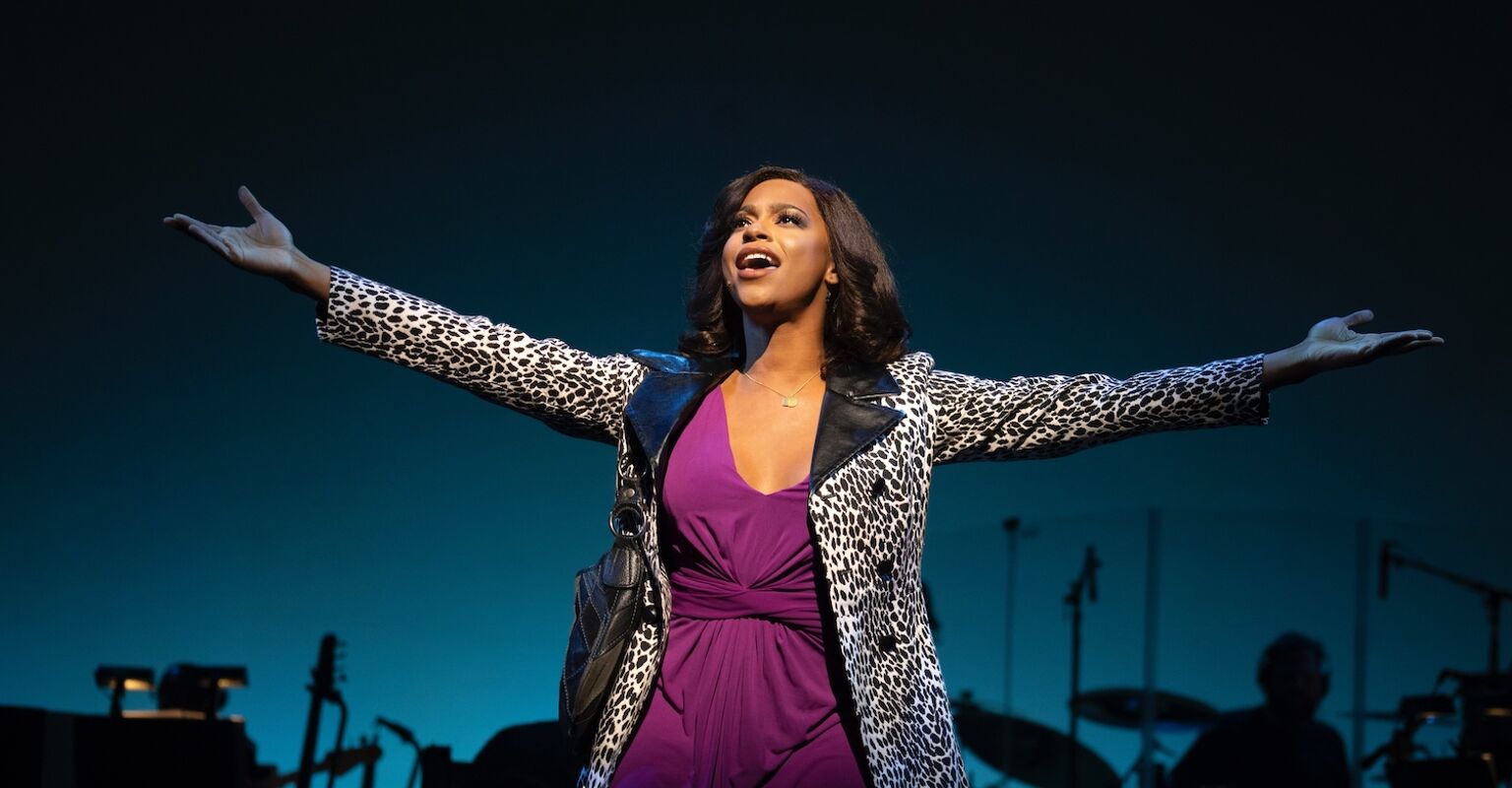 “The only thing I knew was that I loved to sing,” said Alexandra Grey of her first time on stage in a school production of Once on This Island. Nearly two decades later, the 31-year-old actress, known for her recurring roles on Empire and MacGyver and co-starring in two feature films currently in production, finally returns to the stage in a concert revival of The Life at New York City Center.

Directed by Billy Porter and co-starring Ledisi along with a roster of Broadway’s best, Grey’s professional stage debut is overdue — a dream discarded long ago after a childhood of foster homes, abuse, and family disownment. But if there’s one thing that Grey has in common with the character of Queen, a transgender sex worker fighting to get off the streets, it’s resilience.

“For so long, you know, I didn’t even have time to dream about this,” Grey told INTO by phone the day after The Life’s opening night. “I didn’t have time to think about it because I was surviving. This is really a new journey for me, and I just love it.”

Grey auditioned virtually, after which Porter contacted her via FaceTime expressing further interest. She learned material from the score, which features music by Cy Coleman and lyrics by Ira Gasman, and after a callback, booked the gig. Then the real work began.

“I had the material for about two months and wanted to come in completely off-book to make sure that I could maximize all of my time learning the world of theater,” said Grey. “Last year I did two movies, so I’ve done more film than TV. And film is much slower than television. For stage, it’s a lot bigger, a lot bolder — all these technical things that I had to learn. I feel like I’ve grown so much as an artist already.”

As The Life’s central character, Queen has several defining moments, enabling Grey the opportunity to harness both her acting and vocal skills. Near the end of Act I, Grey’s solo “He’s No Good” reflects her character’s struggle that many women face in abusive relationships, where they define their worth by someone else. She sings:

He’s no good,
But I’m no good without him.
Don’t matter what he’s done before I keep on comin’ back for more.

“I initially played it more brokenhearted,” said Grey. “I think [Billy Porter] wanted to see a little bit of the hope.” The subtle shift in intention is profound and parallels Grey’s own lived experiences.

“I definitely think there are moments even still in my life where I have to find the hope; I have to find the joy,” Grey said. “Hollywood is not an easy business. That’s something that I deal with now. But before, my family disowned me, and it was dealing with the pain and heartbreak of that and finding ways to keep going.”

“Having worked with trans women of color on Pose, then to make a feature film starring a Black trans woman, and now to do a musical at City Center Encores! starring a Black trans woman, Billy is really showcasing us,” said Grey. “And it’s not the stereotypical way, especially in Act I. I’m just playing a character: I’m playing a woman who’s in love, a woman who’s happy, who’s sad, a woman who has a relationship — all these things. It’s different for me not to have to play the trauma in the first act. But we also have to keep it very authentic to the time, and in Act II, audiences get to see that different side.”

Though The Life takes place in 1980s New York City, Queen’s journey can still be found in today’s headlines. According to Human Rights Watch, “In 2020, more than three-quarters of the transgender and non-binary people killed in the United States were people of color, with Black transgender women at particular risk of violence.” Porter’s concert adaption pays tribute to sisterhood and feminine energy and how that power can overcome a community’s cannibalization due to system racism and economic suppression.

Grey described her new-found friendship with Ledisi as “amazing” as the women forged a bond both onstage and off. “Just to see the unity between trans women and cis women of color is something beautiful because we don’t get to see that in real life,” said Grey. “People watching will see that bond happening because trans women are women. It’s as simple as that.”

Grey hopes that increased visibility in TV, film, and theater will translate to more diversity in the kinds of roles trans women play. Upcoming projects include Replica, co-starring Jeremy Luke and Mickey Rourke, in which she plays a Black trans woman on her journey from Mississippi to Los Angeles to become a star, and Dope Queens, an action-packed romantic thriller about a trio of friends navigating San Francisco’s Tenderloin District. Though she’s had a banner year, Grey is also cautious of critical reception; understanding inherent biases often impact the lens in which work is received.

“This is not about color; it’s about culture,” said Grey. “There’s a reason why certain shows win at the Emmys every year — certain shows that don’t feature people of color. People that get it will get it. People who don’t get it will [write] those types of reviews. Because they don’t understand the life of what it’s like to be Black and brown skin, queer people, and people of color. So come see the show.”

The Life runs through March 20 at New York City Center.