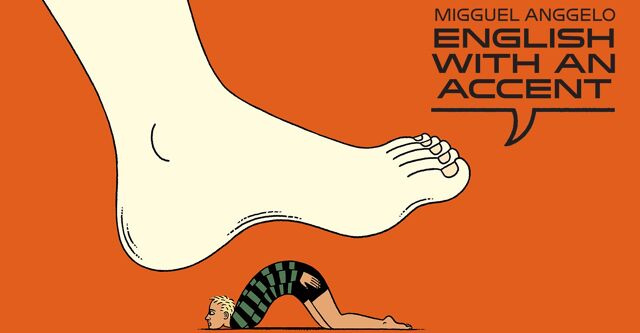 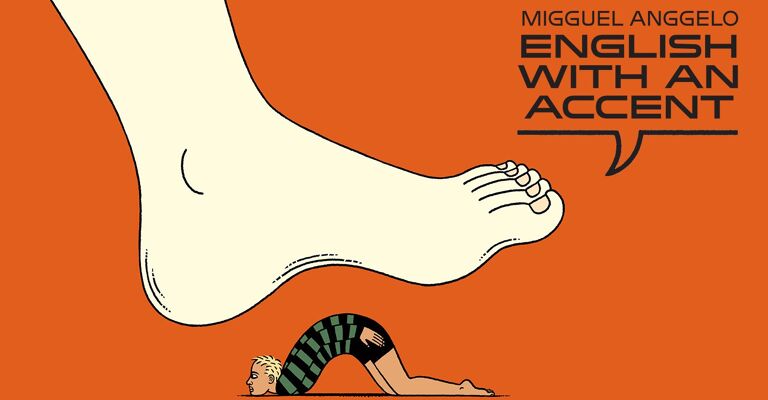 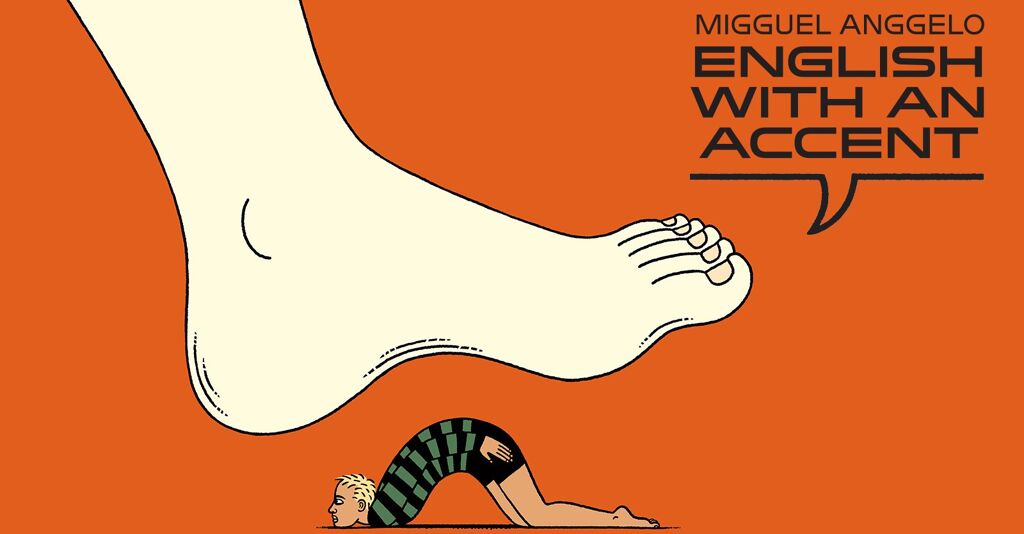 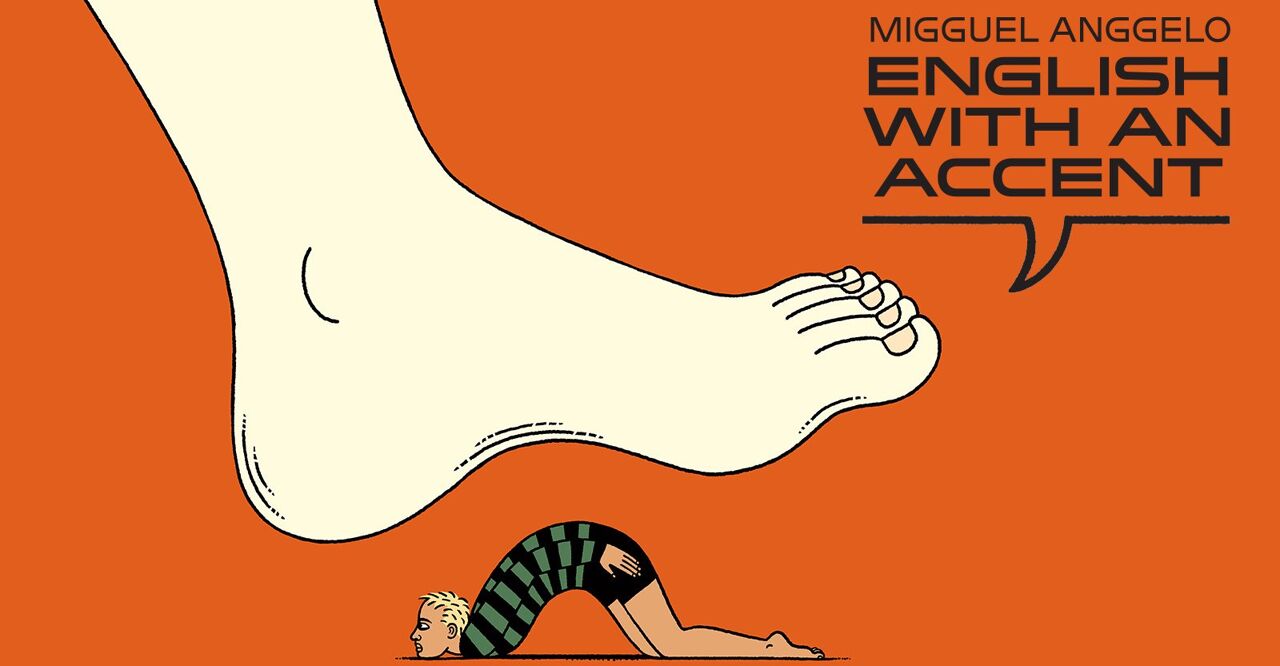 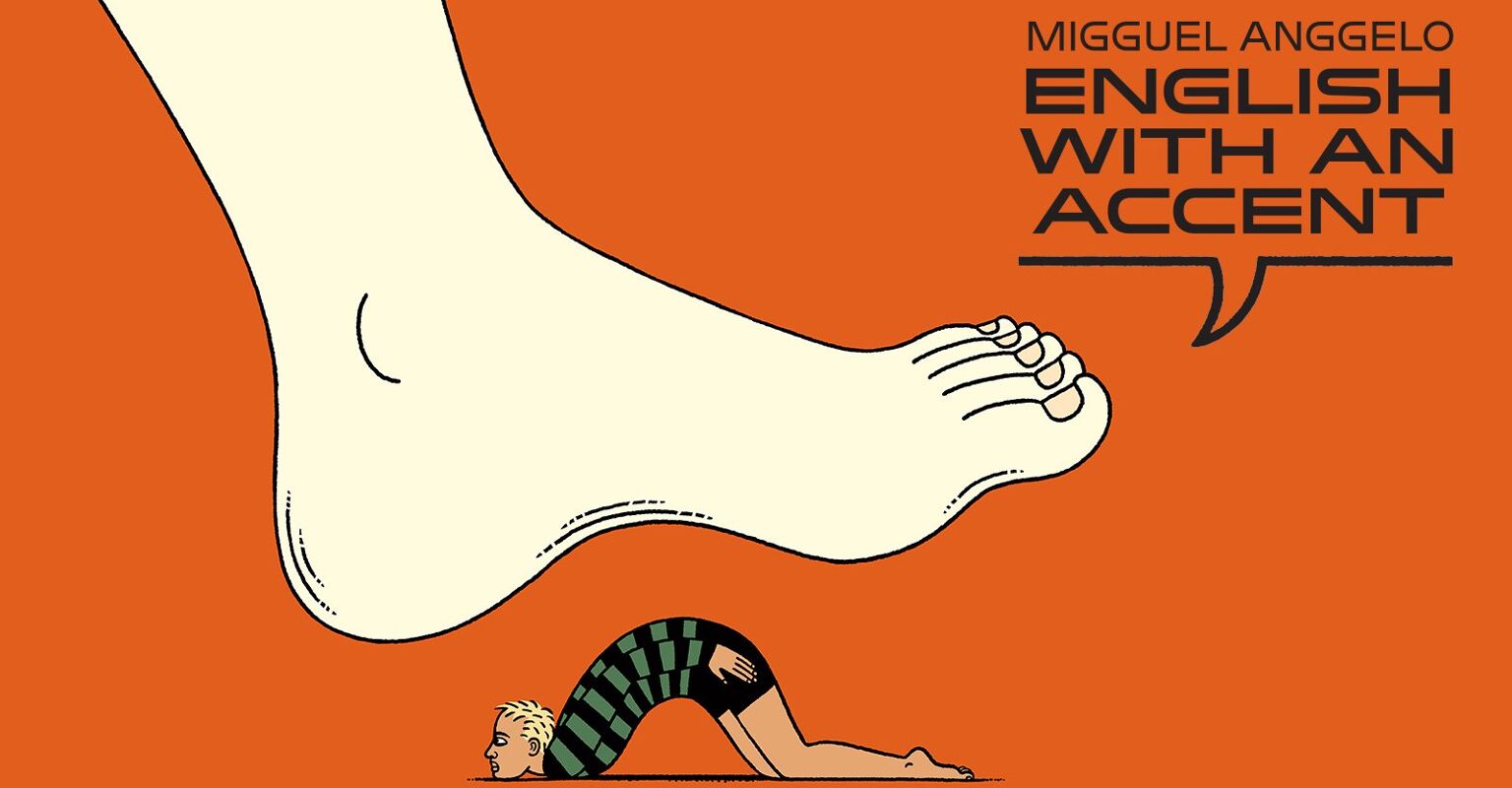 Venturing out on your own into the great unknown, in whatever capacity that looks like, can be a daunting task. But when you’re determined to change and grow, the same way that Migguel Anggelo did when he left his native Venezuela for the bright lights of New York City, you’re willing to strive for your goal – no matter what. Still, what happens to that goal when your different from everyone around you?

Anggelo strives to answer that question in his new show English with an Accent. Through dance, music, and theatre, the talented performer uses the metaphor of a caterpillar transforming into a butterfly to tell his queer, Brown, immigration story.

Anggelo’s narrative is personal, yet universal. To leave one’s comfort zone for a new beginning, to be an outsider within a community, these are both relatable to many. Original choreography by Avihai Haham and original music developed by Anggelo and long-time collaborator and music director Jaime Lozano help to unfold this deeply personal story.

While the performance sits at the epicenter of theatre, modern dance, and a music concert, the acting is minimal within English with an Accent. Instead, more dedication is given to the music and choreography. The songs and dances take from various genres and cultures, similar to the amalgamation of cultures within the U.S., to create a melting pot of sounds and movement.

Dance is where the show’s strength lies. Accompanied by a racially diverse ensemble of dancers, the physicality of the performances from them and from Anggelo (who sings at the same time) should be lauded. The dancers and Anggelo effortlessly perform modern dance, salsa, step, and ballet with innovative props and great lighting that’s paired with Anggelo’s sky high vocals.

Speaking of singing, Anggelo’s range as a countertenor is quite impressive. Supported by musical production that sounds inspired by late ‘90s and early ‘00s latin pop, salsa, garage, experimental, disco, and more, Anggelo’s voice soars. Yet, some of the vocal stylings feel a bit out of place with the music, specifically some falsetto placements. Also, with Anggelo only singing against recorded backing vocals the sound feels hollow at times, but that can be adjusted with just a few live background singers.

But when the music is good, it’s really good. You especially experience this within a beautiful English and Spanish-sung number where Anggelo is covered in a tarp by the ensemble to emerge in orange and black attire, similar to that of a monarch butterfly emerging from a cocoon.

And while the caterpillar/butterfly metaphor is crystal clear, the story transitions feel a bit lost within the music and dance. While both mediums have acting sprinkled between them, the focus is primarily on the music and  dance. To potentially support the transitions with the story, more acting parts may be needed.

Regardless of this, English with an Accent takes a look at shunning differences in cultures, but appropriating them for your own gain, portrays the challenges of immigration, and makes time to highlight Donald Trump’s hypocrisies. All of this occurs, while Anggelo tells a story of finding one’s self as he takes on the American Dream and make it his own.