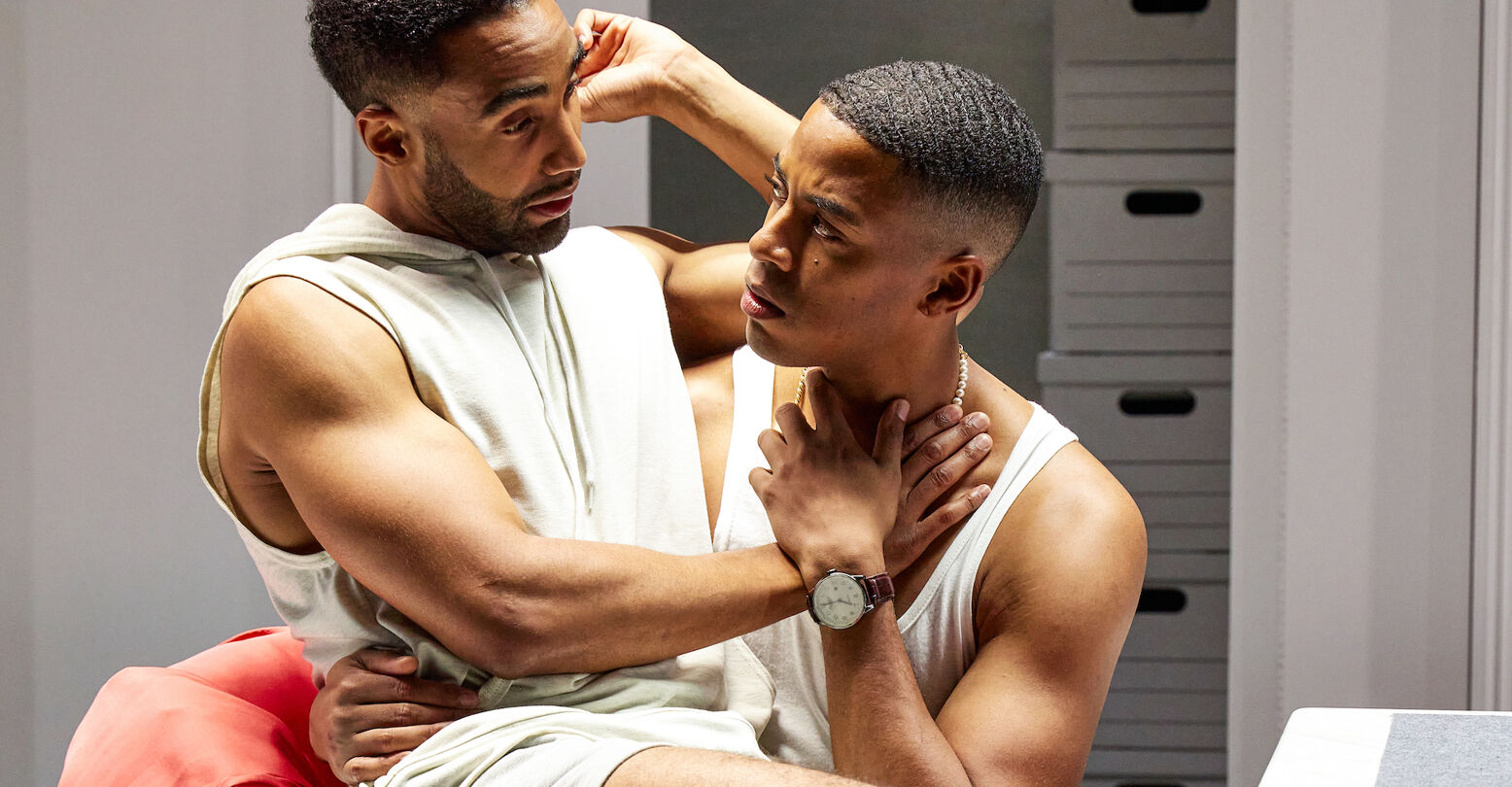 Black stories deserve the ability to be holistic, historical, whimsical, and honestly, be whatever they want to be. Patience recognizes this and takes full control of being able to tell a story that encompasses its full reality. Second Stage’s Off-Broadway production is a reflection on Black excellence, how that excellence extends to multiple generations of Black people, and what it means to be a part of a world where Black excellence exists in various forms.

Daniel (Justiin Davis) is a 25-year-old solitaire champion who has mostly lived in the moment, until now. When we meet Daniel, he’s forced to contemplate his future through interactions with his mother/manager (Mary E. Hodges), fiancé Jordan (Jonathan Burke), friend Nikita (Nemuna Ceesay), and a new prodigy Ella (Zainab Barry), looking to take his place at the top.

Related: Queer People of Color Deserve Community. DaShawn Usher, Julian J. Walker, and the MOBI Team Are Making Sure They Have It

Written by playwright Johnny G. Lloyd, Patience is an ambitious effort needed in the theater world. And while there are multiple highlights within the play, there are more than a few pain points that distract from the impact the story seeks to provide.

One highlight is the effortless blend of Blackness and queerness Lloyd achieves in his script. It’s refreshing to see plays that examine and communicate complex stories through experiences seldom given the platform to be portrayed. Additionally, while the story is about Daniel’s navigating his success in the world of professional solitaire as a Black man, it’s also a love story between Daniel and his fiancé, Jordan.

Jordan is the one who frames the story for us, and though the character feels like the only one whose development is directly tied to Daniel’s, his is a moon that never fully shines outside of his engagement to David, though Burke still manages to be incredibly charming and provides the majority of the play’s comedic moments.

Zainab Barry’s portrayal of the up-and-comer coming for Daniel’s crown is a beautiful testament to standing on the shoulders of those before you while trying to stand out on your own.

Lloyd also struggles to find authenticity in Jordan’s dialogue. Perhaps this is to a point, painting the character as frivolous and potentially superficial until it’s revealed that that’s not actually the case. Still, the character’s resolution still feels incomplete due to the disconnect in the execution of the character’s storyline.

It’s the actresses who truly push this play forward. Nemuna Ceesay, as Daniel’s close friend, is a standout and extremely charismatic, while Zainab Barry’s portrayal of the up-and-comer coming for Daniel’s crown is a beautiful testament to standing on the shoulders of those before you while trying to stand out on your own. Mary E. Hodges as Daniel’s mother offers a closer look at those who foster Black excellence in families. In all, these three act as a conduit of Black excellence and have all found ways to cultivate it in those around them.

The root of the story is Black excellence and its complications, but surrounding this root are a few key questions. Namely: what happens to those deemed as excellent? What does it take to become Black excellence? Can more than one person be moved into the upper echelons?

There has and will always be room for more than just one at the top, something Lloyd’s play illustrates well.

The answer to the final question is answered through Barry’s Ella, who uses the example of tennis phenoms Serena and Venus Williams as metaphors. There has and will always be room for more than just one at the top, something Lloyd’s play illustrates well.

At times, the dialogue feels forced, but beautiful moments still emerge, such as a bar scene between Daniel and Ella, in which the two discuss the less-desirable aspects of fame. Their monologues—spoken directly to the audience—offer insight into the characters’ minds, as does Adam Honoré’s atmospheric lighting.

Though the play feels imbalanced as audiences patiently wait for resolutions that never come, its footing in the exploration of Black excellence—the pitfalls it can create, and the freedom gained when everyone recognizes there’s room for multiple forms of success—remains solid.♦