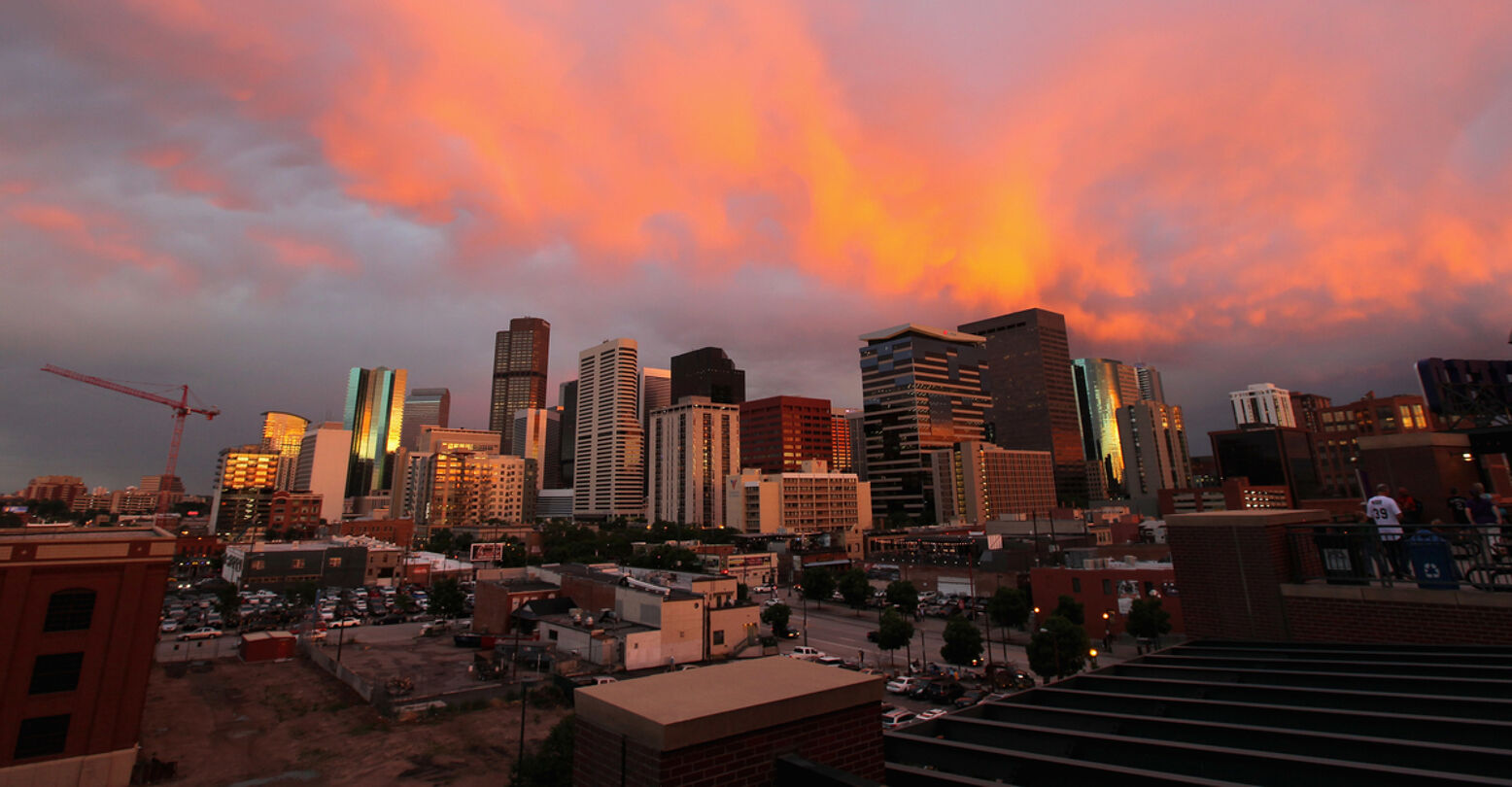 Over the fall I was traveling up north in Canada and one evening, while freezing, bored and slightly intoxicated in my hotel room, I began stalking Hillary Clinton.

She was in the midst of her book tour, and I thought to myself, I should see her. Little did I know, finding tickets to see her was not an easy task as most events had sold out immediately. But then I came across an appearance in Denver, which had just started a pre-sale, so I entered in my credit card info without even blinking and purchased the best seat available, off-center, 10 rows back from the stage. When I woke up the next morning, made coffee and reviewed my emails, I noticed my purchase and cringed at how much I had spent but was thankful for my drunken purchase.

Now I just needed to plan my trip to the mile high city.

The trip was planned for November, one year after Clinton’s historic presidential loss. A part of me just needed to see her in real life. I needed to know that she was OK, and that she had moved on. In hindsight, it was more about me. I needed to know that I was OK, and that I had moved on from the idea of her ever being President. Like many people, I was still a bit traumatized from election night 2017, and with good reason.

I landed in Denver and only had moments to drop my bags at my hotel and head to Hillary. I’m not sure I got exactly what I needed from seeing her, but it felt great nonetheless. After the very quick 60 minutes was over, I decided to casually walk back to my hotel without a GPS, purposely wandering in the general direction but with hopes of getting a bit lost. I needed that time to clear my head, wipe some tears, and refocus my energy.

When I visit new cities, I always tend to find myself searching for the areas where I can find barbers, breweries, and artwork. In Denver, that area is River North, or RiNo.

A former industrial hub, RiNo Art District is one of the neighborhoods located in Five Points and during the turn of the last century, it was home to foundries and pattern shops as well as industrial uses that helped drive Denver’s economy. As the industry left the area in the late ‘80s and ‘90s, most of the neighborhood was left with several vacant warehouses. It was at this time that artists began to populate the area as affordable prices made it possible for creatives to take over.

In 2005, local artists Tracy Weil and Jill Hadley-Hooper joined forces to create the River North Art District with the desire to cultivate a creative community that would connect the artists that made the area their home. Ten years later, RiNo has bloomed into an empowered community with two special districts and the desire to bring in a new era for the neighborhood with art as a common thread. Just don’t expect those cheap rents, as RiNo has become extremely desirable (programs do still exist for artists and affordable rents).

Today, RiNo includes an incredible concentration of creative businesses that include architects, art galleries, designers, furniture makers, illustrators, painters, media artists, photographers, sculptors, and an array of studio spaces. RiNo is “Where Art Is Made” in Denver.

I was fortunate enough to spend an afternoon with Weil, who showed me around, pointed out all the incredible street art and murals (including his own), and explained to me how much money was going to be reinvested into the community this year and going forward. The district actively works with developers and property owners to match them with muralists for site specific collaborations, encouraging them to showcase art outdoors. He also pointed out the new hotel being built, the luxury apartments that I immediately wanted to learn more about, and all the places to eat and shop. I immediately began jotting down the names of all the breweries like 10 Barrel Brewing, 14er Brewing Company and Mockery Brewing. During my time there, most of the streets were under heavy construction and the neighborhoods development was clearly underway. It would be exciting to return in a few months once the cranes and bulldozers have moved on.

Three Places to Lay Your Head

As usual, I like to hotel hop when in a city, as to get a sense of different places available to stay. This trip turned out an art museum, a downtown luxury boutique, and a gay-owned bed and breakfast mansion.

the Art, a hotel

The #hotel experience everyone is waiting for …

This iconic luxury hotel offers contemporary design incorporated with works of art from nationally acclaimed artists like Kiki Smith and John Baldessari, that grace two galleries, spill into the hallways and adorn each guest room. It all begins with a 22,000 light art installation by Leo Villareal that dominates the valet. Then step inside the Portico Gallery to wander before entering the elevator that takes you up to the lobby level where you will find the Welcome Gallery as well as FIRE Restaurant, Lounge, and Terrace. You will literally be inside one of the best contemporary art galleries in Denver when staying here, and once you’ve thoroughly enjoyed the art at the Art, step outside and you’ll be steps away from other renowned art museums like the Denver Art Museum and the Clyfford Still Museum.

Didn’t you hear? Chic is the new black. 📸: @delomoto

Denver’s newest hotel blends traditional European influence with a modern sense of style. The luxury boutique hotel is a casual stroll to the Arts District, Colorado Convention Center, Pepsi Center, and much more. The rooms and suites encourage both relaxation and productivity while the rooftop, Denver’s highest open-air rooftop, showcases spectacular views of the city.

A post shared by Capitol Hill Mansion BnB Inn (@capitolhillmansionbnb) on Aug 6, 2017 at 11:59am PDT

This incredible gem has been one of Denver’s premier urban inns since 1994. The inn has eight distinctive guestrooms, each named after a Colorado wildflower. There are three two-room suites, two room with balconies and two with fireplaces. Three even have whirlpool tubs! But what makes this place so special are the owner/operators, a father and daughter duo that are just so fun to spend time with. The father, Chef Carl, prides himself on his breakfast creations and with good reason his bountiful breakfasts are delightful. (p.s.He’s also an extremely handsome cowboy.)