Growing up, my Bolivian father’s best friend was from Ecuador, and they would always talk about the similarities between the two countries. I was fortunate at a young age to visit Bolivia several times and by my 10th plus trip, I began exploring all the other countries in South America. But I always discounted Ecuador, mainly because of those overheard conversations between my dad and his closest friend. I didn’t really have anything against Ecuador, but it was just at the bottom of my priority list, so when I got the opportunity to travel there recently, I was more than ready to put aside my preconceived notions about the country and head there with an open mind. For this trip, I was traveling with Contiki, on a group tour (The Lava Line) with a bunch of strangers, something that was still relatively new to me. But I was looking forward to not having to plan much. 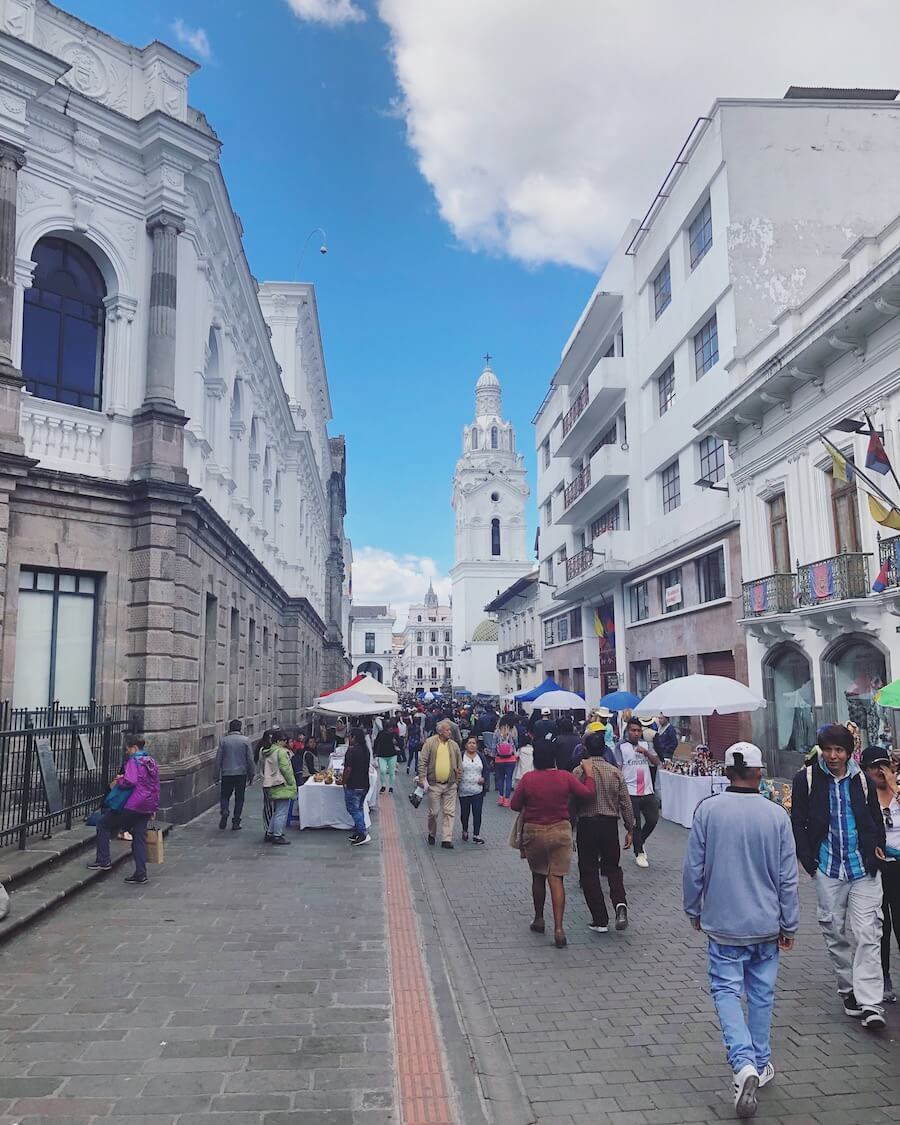 The moment I landed in Quito and smelled some of the local food in the airport, I knew I was in for a good trip, even if all I was going to be doing was eating like a local. The high altitude of Quito means that the staple diet is starch and meat based, leaving veggies out of the equation. My time in Quito was short, as it was mostly a starting point, a place to meet the other travelers and to prepare for the week ahead. Contiki is geared towards a younger demographic (ages 18-35), so I was surrounded by lots of young people, all looking to make the most of their time on their trips. As a result, night 1 of our trip included an exploration of some of the local breweries…and later bars. Once the flaming shots were imbibed, the night was pretty much vaporized from my memory, making the bus ride the next day a bit more challenging. I was thankful for having packed ear plugs and an eye mask so I could sit on the bus and avoid reality for a few hours while my body slept off the mixture of liquids it had endured just hours before. 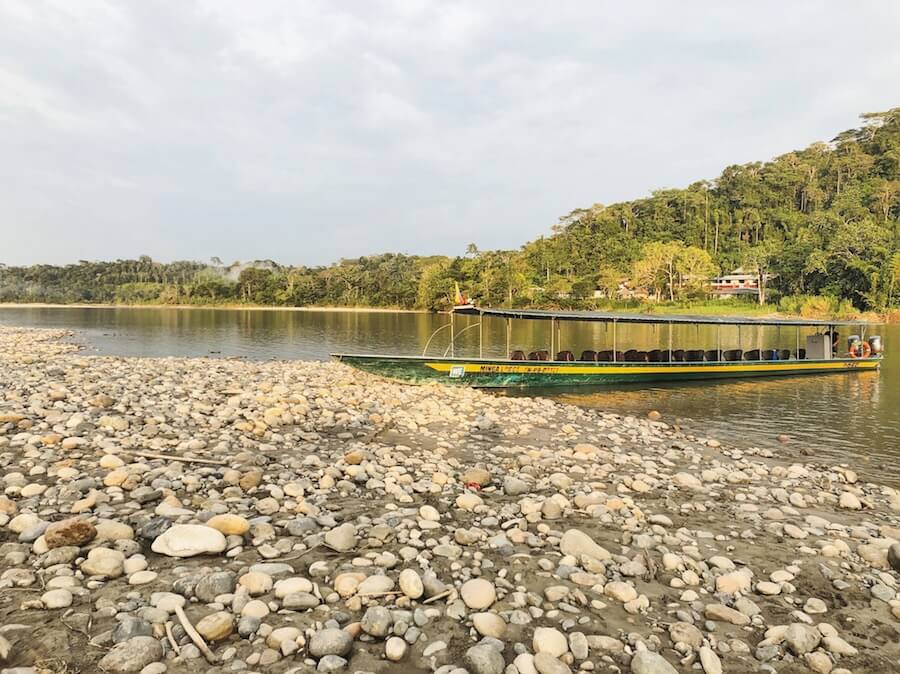 This particular Contiki trip was different from the rest because they had partnered with ME to WE, an innovative social enterprise that empowers people to change the world with their everyday consumer choices. Contiki guests had the opportunity to divert from the original itinerary for two days to instead experience a ME to WE project in a nearby area. For our particular experience, ME to WE sent us to the depths of the Amazon rainforest to their exclusive lodge where we spent two nights learning about the local communities. We met with a local healer who performed a cleansing ceremony on those who wanted one, learned how to make chocolate, and even perfected our spear and blow dart training. But the highlight of this entire add-on was the opportunity to go and work on a project that ME to WE was involved with. For us, that meant traveling to a small community to visit a school that was in the process of being completed. We were there to work, and that day it was all about mixing cement by hand for a portion of a sidewalk next to the soon to be new community dining room which was located next to the classrooms. It was sweltering hot and the work was demanding but being able to see the sidewalk afterwards was beyond rewarding. The short time we spent there actually made an impact, and that was all that mattered. ME to WE does so much beyond this small partnership with Contiki, but I was grateful for the experience as I was able to learn more about the organization (and you should click the link above to learn more too). 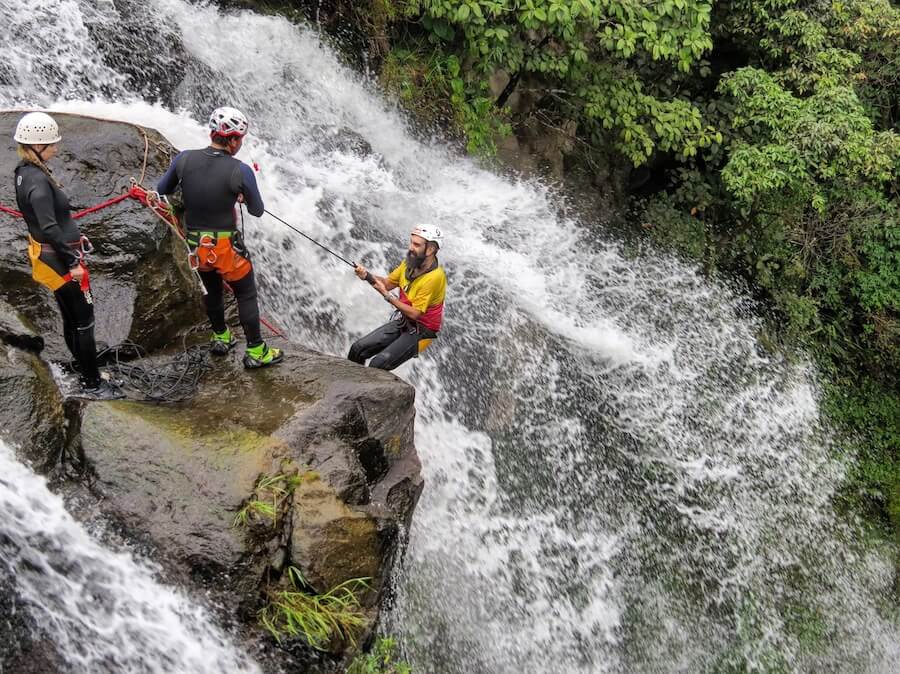 Thrill seekers need to look no further than the small town of Baños. After the amazing time in the Amazon, it was time to celebrate our accomplishments and experiences with some high-adrenaline adventures. Our first stop included walking nearly behind a massive waterfall, something so simple yet incredible. The next couple of days here had me doing all sorts of things that I never knew I wanted to do, like rappelling down waterfalls, zip lining across canyons, bridge walking, and scariest of all, making our way up the side of a canyon wall, hooking and unhooking our safety line with each step along the way. And just when I thought all the thrills had come and gone, we made our way to a swing at the “edge of the world” that overlooked an active volcano, because apparently our heart rates hadn’t been put through enough during the last couple of days in Baños. Everything we did was optional, but never wanting to feel left out, I reluctantly did everything. 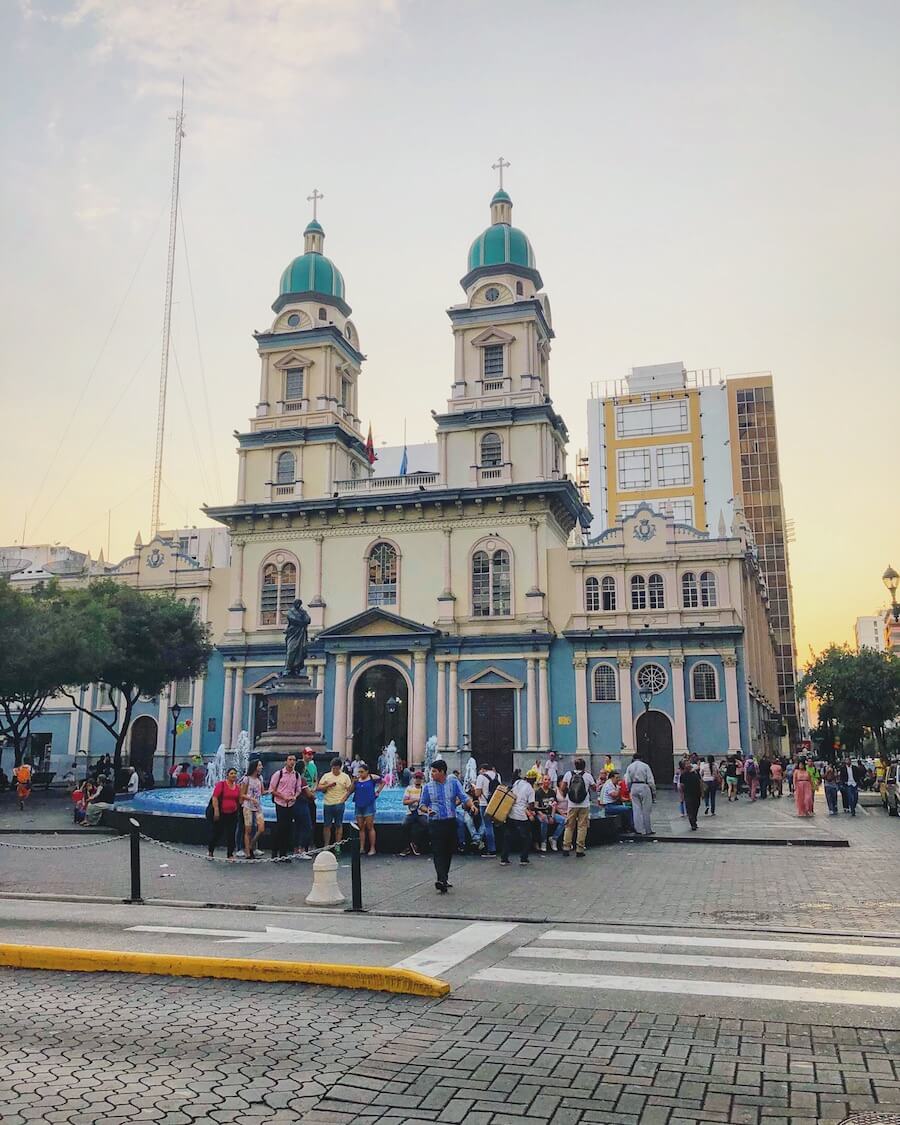 As our trip came to an end, our last stop was the largest and most populous city in Ecuador, Guayaquil. To be honest, it was a great way to end the trip because the options in the city were limited to a couple experiences, with the best one involving walking up a massive staircase that was lined with bars and pubs. The best way to endure this experience was to hike to the top and slowly make your way down, stopping at different watering holes along the way. The week had been filled with non-stop adventure that came in different forms. From eating carb-heavy foods to mixing cement to overcoming fears while climbing for my life on the side of a cliff, everything we did had my heart working overtime, all leaving me wanting more.