When people ask me what it’s like to travel to Antarctica, I tell them “It’s as if time stopped and I went to Narnia.” Even words like “vast” come up short when detailing the epic size, the icy endlessness, and extraordinary wildlife.

The only way to come close to conveying how special Antarctica is, one needs to describe it in terms relative to IMAX 3D or Virtual Reality. In this case, virtual being the operative word. Regardless of natural beauty, previous experience led me to believe that it was a place where gays simply didn’t go. But that was before the age of expensive satellite wifi.

“Who are you chatting with?” I asked my travel buddy David as we pitched and waned in heavy seas, on the way past Cape Horn at the southernmost tip of Argentina, headed for the Antarctic Peninsula. Turns out, the Antarctic and sub-Antarctic regions are just as disparate in sexual identity as they are in biodiversity.

“You’d be amazed,” David said, flashing his phone at me. “There are gays on this ship.”

Like many, I go through app cleanses and have to delete all social media in order to have peace of mind. I did not want to voyage all the way to Narnia only to bury my face in my phone. But with the advice of David, I re-downloaded Grindr and some other apps. Sure enough, there were LGBTQs all over the place: on our ship, on other ships, and on international research stations. 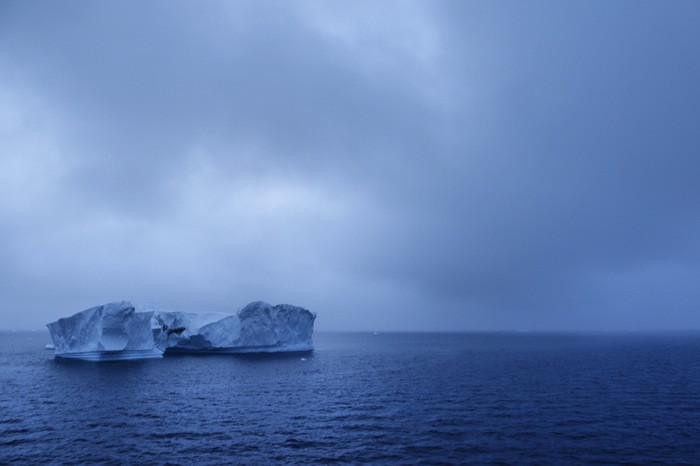 Opening up apps like Grindr in strange places is nothing new, especially where queer culture is so DL. “Oh the first thing I did when I went to the Vatican” one friend tells me or “You’d be amazed at how many closeted Mormons chat me up in Salt Lake,” says another. It’s almost as if it’s the first thing we do when we hit the tarmac (or in this case ice flow).

However, as I started chatting with all the men below 65 degrees latitude, the reasons for being on apps like Grindr became increasingly not what I expected.

“I use it predominantly NOT for hookups but travel tips.” Mark, fellow polar enthusiast explains. Mark’s been to Antarctica numerous times and is even slated to work for The National Science Foundation at their various research facilities, most likely McMurdo, the largest research facility on Ross Island (New Zealand side). “It’s a great way to meet the locals and explore a region like a local. Get off the beaten track and go where the real people go.”

What’s cool about going to Antarctica is that it falls under two genres of travel: expedition tourism or scientific research. In my particular case, I was aboard a Lindblad/National Geographic collaboration, which is not a typical cruise. It’s more like a floating classroom. Armed with guides and lecturers who are off duty scientists at the top of their field, and a strange continent teeming with biodiversity, guests are there to learn, phones off and stowed away. But when you’re alone in your cabin, with the phone onthe learning doesn’t stop.

“It’s like a gigantic nerd-gasm on here,” I told David one midnight, the sun was still up. “No one is hooking up, as much as they are blabbing about their experiences.” At that very moment, I was literally chatting about seals with a Ukrainian researcher at Vernadsky Station. But it wasn’t like we were going to dock there.

By the very nature of traveling to a continent that’s double the size of Australia and covered in glaciers is that, although dudes are on Grindr it doesn’t mean they are accessible in person. “I landed at Esperanza, an Argentine base and they had an open wifi network,” Mark tells me of his last trip, where he circumnavigated the continent. “And when I turned on Grindr the closest person was 740 miles from me.” So we are all closeyet so far away from each other.

And it’s all about the wifi, which can be spotty at bestif it’s even available. Obviously, there’s no cell service in Antarctica so you either pay for pricey satellite (which can require a line of sight) or, like Mark, pray for open networks when you go ashore.

When it comes to McMurdo, or other NSF stations, which are staffed by Raytheon; you might not get anything at all. Due to the sensitivity of some science equipment (like say, a Neutrino Observatory or something) and loads of top secret NDAs the internet is locked down. In which case, gays might have to meet each other the old-old fashioned way.

“I hear down near the power plant at McMurdo is super old-school cruisy,” Mark lets me know. And don’t forget the time of year. Austral summer is warm enough for the ships to come through and for the research stations to have their “summer camps.” Otherwise, it’s about eight months worth of darkness and subzero isolation for the brave scientists and support staff.

“Christmas Holidays are always the best time,” says Andy, who works on my ship. Andy has been coming to Antarctica for nine seasons and spends the off time in Oregon with his husband. “It’s when all the families with college kids who can take time off come, and the snow is still white and not covered in Penguin guano.”

“Ten years ago, my friends would ask me why I go to Antarctica,” says Mark. “But now, they ask me how I go to Antarctica.” As the wifi situation slowly changes as it has over the years, perhaps more gays will come.

To steal Mark’s line, maybe we can lure them by telling them: “It’s the ultimate White Party.”