The year is new and one of your resolutions is to get your ass back into nature. You want to get off the grid, into the jack pines and birch stands, and get fitter while doing it. And a few more like-minded friends wouldn’t hurt either. It may seem easier to just hit the trail solo, but hiking with established clubs will take you to places you’d never dream of by yourself and teach you essential backcountry skills and leave-no-trace principles while introducing you to a community you may not meet at your local watering hole.

Whether you’re looking for short local jaunts outside city limits on a Sunday morning or a wild international expedition later in the year, there is a queer club or company ready to welcome you with open arms on their next outing. Even if you’re not looking to hike, learning rock climbing, river rafting, backpacking, and skiing are all within your grasp at a low cost. 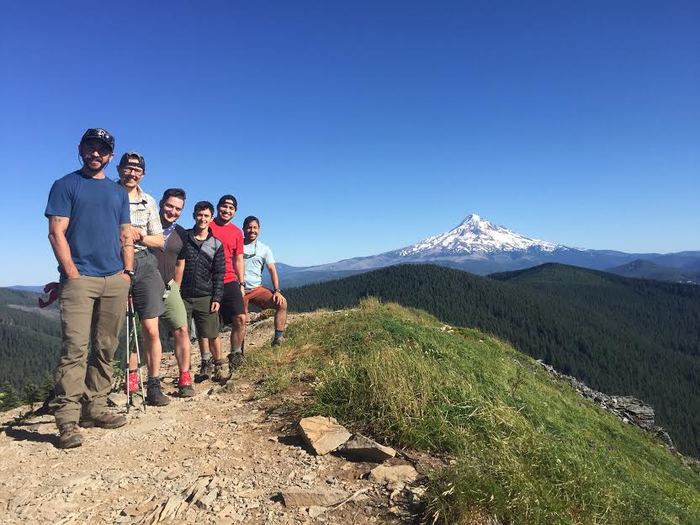 The Venture Out Project is perhaps the most progressive national outdoors company with trips all over the country. The club’s mission statement aims to be one of the most inclusive queer outdoor groups and strongly encourages QTPOC to join on expeditions. On the schedule for 2018 are queer youth backpacking trips in New Hampshire, women’s backpacking in Vermont, a transmasculine centered sea to summit trip in Maine, and a POC centered backpacking trip in the Pacific Northwest. 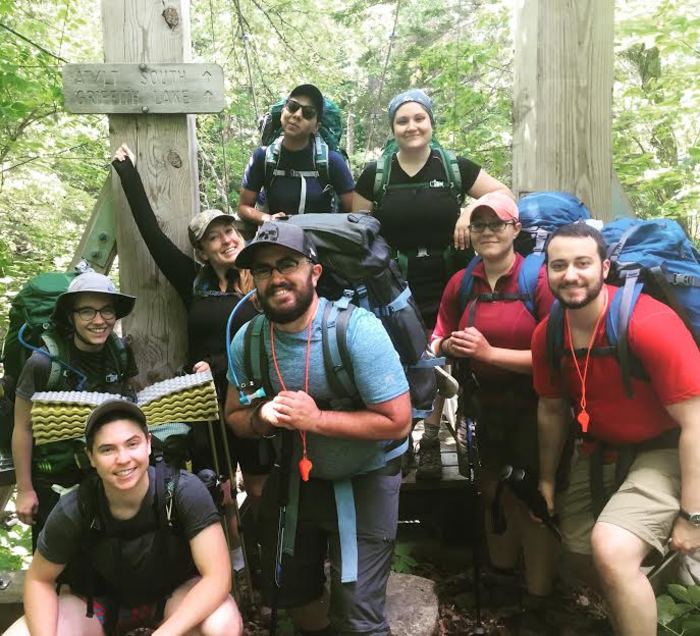 Many major cities have queer backpacking clubs like New York City’s Blaze (2,339 members) which puts together trips in the Catskills, camping trips on Fire Island, and winter getaways to Stratton, Vermont. Washington D.C.’s Adventuring Outdoors Club is another inclusive club that features a variety of activities with backpacking and hiking being the most common. The club is affordable for all with $2 for day hikes and $4 for overnight trips.

Finding your nearest local outdoors club is simple. Make a free account at Meetup.com and search for gay and queer hiking or outdoor groups in your area. Tens of thousands of queer adventurers are members of outdoorsy Meetup clubs around the states from Southern California’s Great Outdoors (1,602 members) to Boston’s Lesbian Adventure & Fitness Group (1,153) to Dallas’ queer women’s OUTdoor (524 members). Some American cities like Seattle even have so many outdoorsy queers that more specific sub-groups like the Super Slow Bears Hiking and Walking Group (1,017 members) have formed in recent years. 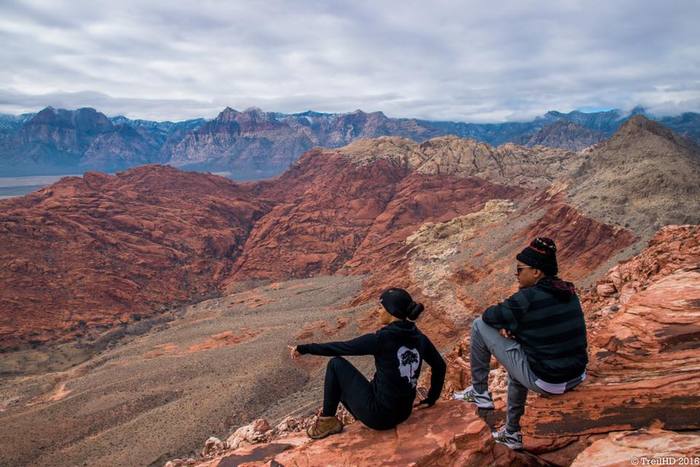 Although a wealth of queer outdoor clubs exist around the globe, they may not always be diverse in terms of race or gender. It is well known that nearly 80% of National Park visitors are white, and, unfortunately, many queer clubs often reflect this make up. Luckily, a handful of recently formed organizations are helping diversify outdoor recreation.

Outdoor Afro (7,000+ members) is a national volunteer-run group that started as Rue Mapp’s passion project with the tagline “Where Black People and Nature Meet.” While the club is not queer specific, it is breaking racial stereotypes, much like the popular Instagram account BrownPeopleCamping (12k+ followers) put together by Ambreen Tariq, a South Asian Muslim American woman on a quest to open public lands and create diverse outdoor narratives. 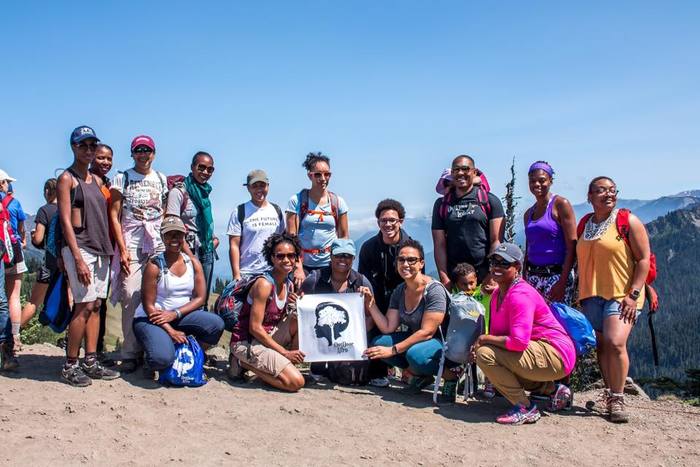 Meanwhile, The Trail Posse, an advocacy journalism initiative aims to “start building a relationship between people of color and the outdoors so that, when a non-white majority materializes in the U.S. within the next 2-3 decades, it will be poised to continue saving and preserving the planet and its creatures.” 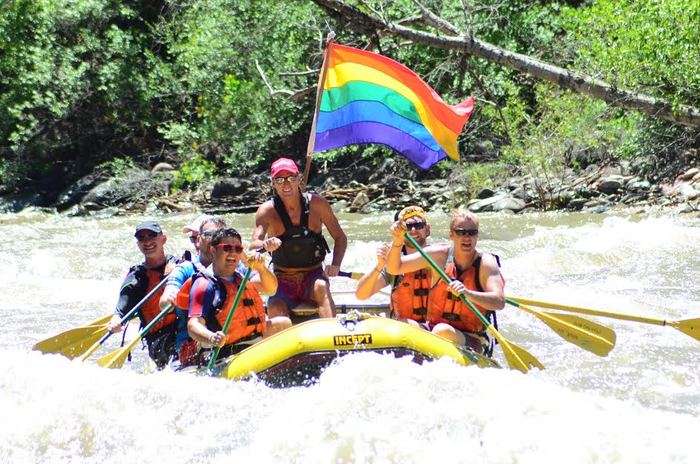 Those amped to spend time on the granite will find beta and belay partners at HomoClimbtastic a website named after the annual queer-friendly climbing convention held in Fayetteville, West Virginia. The organization has partners around the country listed on their site that aim to train queer climbers in gyms before introducing them to the wonders of outdoor climbing. Similarly, Brothers of Climbing aims to promote inclusion and representation to diversify the climbing community.

River rats can velcro their Tevas and tighten their Croakies for organized trips by Big Gay Raft Trip in Glenwood Springs, Colorado as well as on Out Travel’s Grand Canyon Trip. 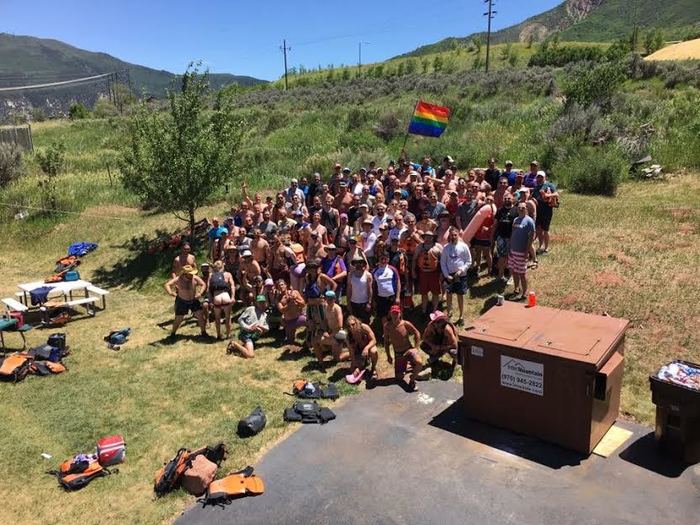 Skiers should check out the international Ski Bums and Arriba Ski and Snowboard Club, the two biggest queer ski clubs in the country. Both have trips that bring you to the best ski resorts around the world as well as get-togethers in major cities. For more on queer skiing, look at this year’s Queer Ski Guide.

Still haven’t found the type of outdoors club that sounds right for you? The beautiful and organic thing about websites like Meetup.com is that you can start your own. Remember that every single one of the well-attended clubs mentioned above began with one founder before growing to thousands of participants. There are more people with your specific outdoor interests than you think.