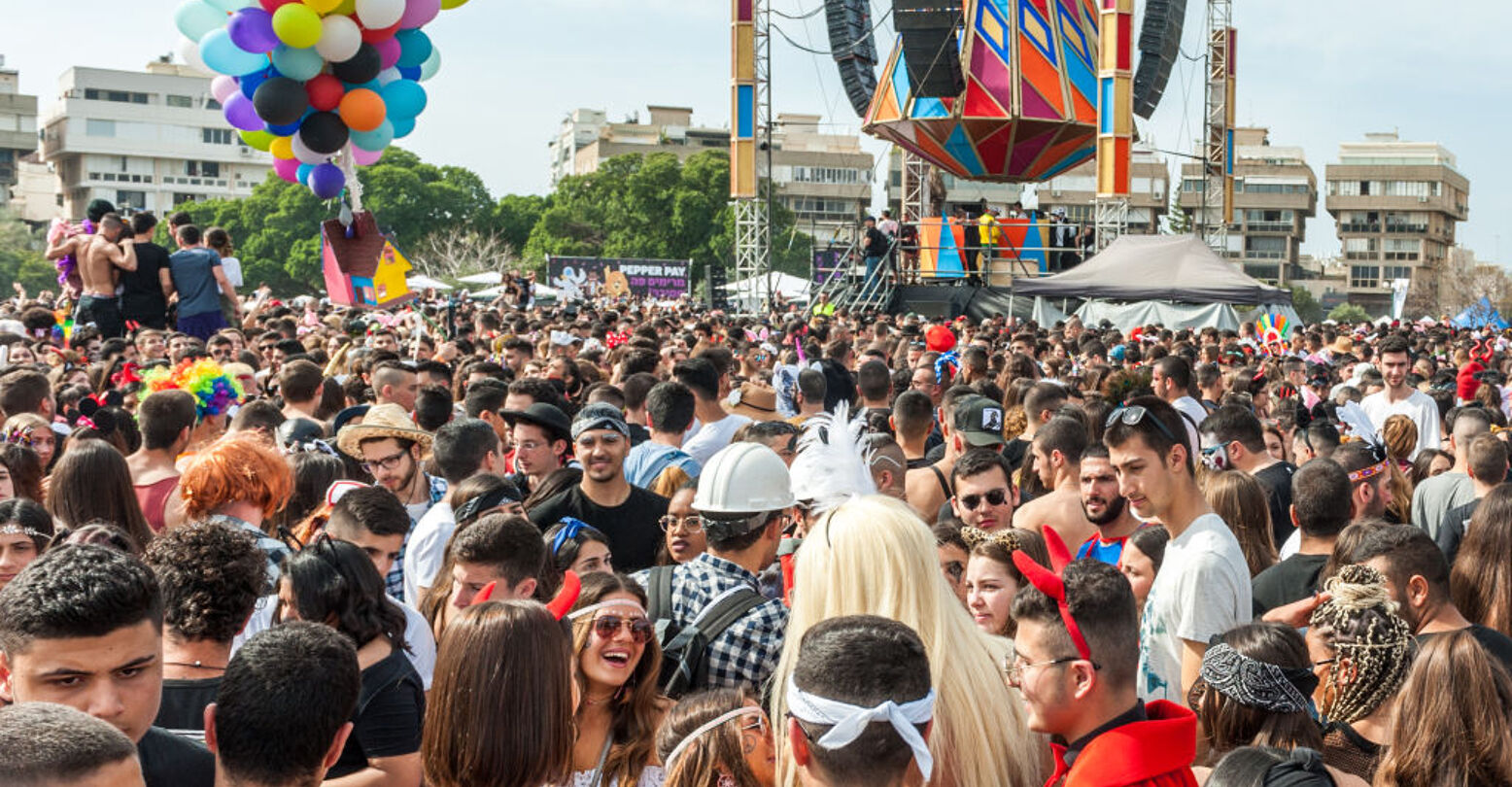 Israel is already understood to be a must-visit destination, especially when it comes to the Middle East. The tiny country has something for everyonegreat weather, gorgeous landscapes, stunning beaches, modern cities, and history everywhere you turnand it’s known to be particularly alluring for LGBT travelers. Everyone says the best time to head that way is during Pride, as Tel Aviv’s celebration is both famous and notorious as a world-renowned non-stop party.

While Tel Aviv has certainly earned its reputation for hosting one of the world’s best Prides, that kind of bash is not for everyone, as cities that are known for their rainbow-hued parades are typically inundated with tourists every year. Those events can still be a lot of fun, but since there are so many foreigners joining in on the rowdy festivities, they’re not always the ideal time to experience what a place is really like.

If you’ve already been to Pride in Israel, or if it doesn’t seem like your cup of mint tea, you need to plan your trip during the lesser-known Jewish holiday Purim, which transforms the country into a party fit for the locals. 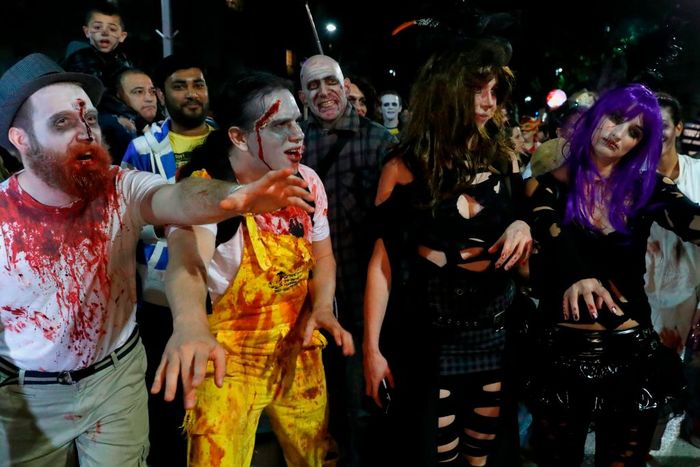 In modern times, Purim has become something of a mashup between Halloween and Mardi Gras, especially for those who aren’t very religious. There are plenty of masks and parties everywhere you look, and none of it comes with the intensity that often accompanies high-octane Pride weekends. I had the pleasure of spending this past Purim in Tel Aviv, and I have never seen a city celebrate anything in such an inclusive and delightfully carefree manner. 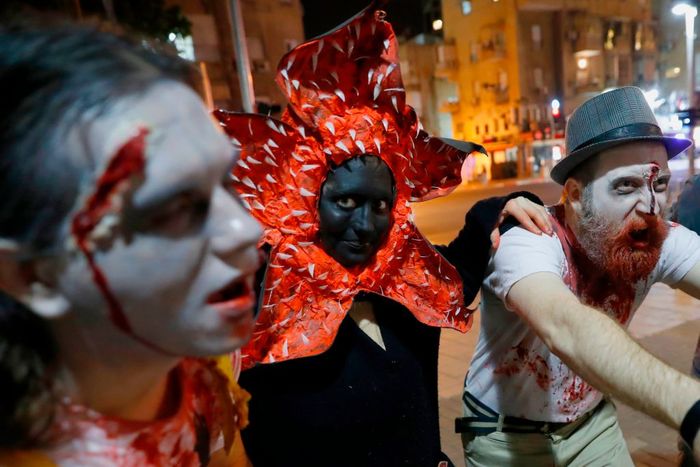 While Jerusalem is a truly beautiful city and rich in history, Tel Aviv is really the party capital of not just Israel, but the entire region, and it’s where Purim thrives. There is something there for everyone during the early spring when the holiday rolls around, and while that line may sound tired and overused at this point, it’s unavoidable and, quite frankly, true.

During the weekend, the city hosted what started as a typical fair for revelers too young to go out at night, but in no time, became a surprisingly thrilling outdoor live music concert/festival hybrid filled with thousands of people and a healthy mix of familiar tunes and region-specific artists that pumped up the teens in attendance. The kids dancing the day away were drinking responsibly and taking their jealousy-inducing Instagram shots, and they were all much cooler than I remember being at their age (perhaps that’s a comment on me, more than them). Had someone asked me to go to a daytime party filled with people half my age, I would never have agreed, but I am glad I didn’t know what I was getting into at first, as even after several hours, I didn’t want to leave. 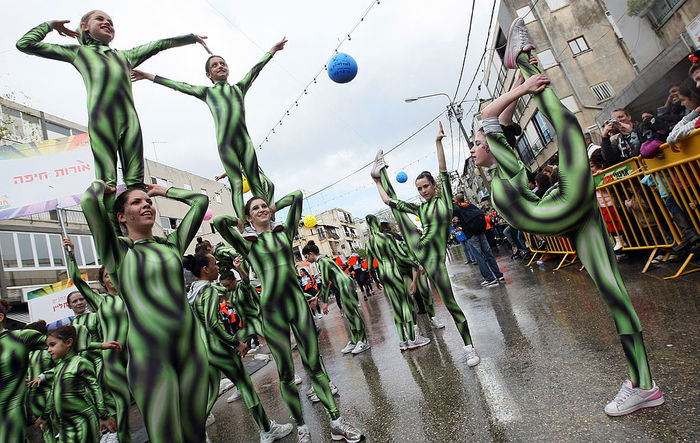 In the evenings, every bar in the city fills with people, with no pretension whatsoever regarding someone’s age or looks. The crowd at popular queer hangout Shpagat eventually pours into the street, where dancing gradually turns to genuine conversation with interested Tel Aviv residents that can go on all night if you lose track of time (which you will).

After a few drinks at the intimate gay bars, much of the crowd migrates to one of several circuit-style parties which take place every night at different, unexpected locations. They occupy warehouses and basements of office buildings, and every single one of them is packed. Some stick solely to dancing and drinking for any kind of attendee, while others aren’t afraid to show a little skin with giant spaces (or sometimes entire second floors) that quickly become dark rooms for anybody interested in getting to know the locals very well. 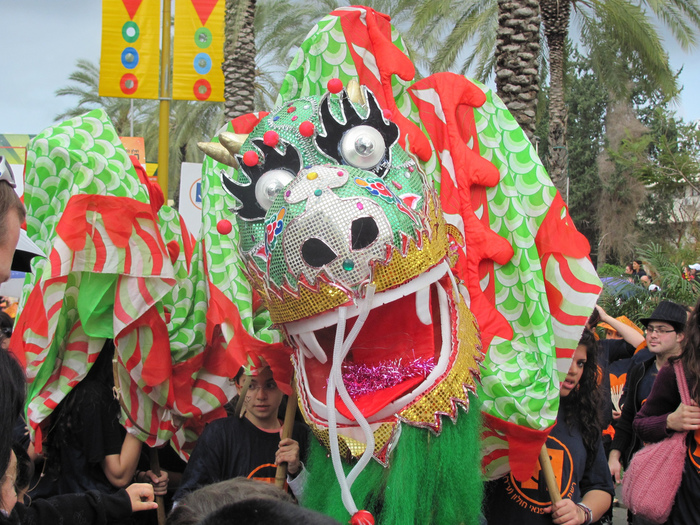 The mood throughout Purim is cheerful and easygoing, and everyone is relaxed, which is in stark contrast to many cities during, say, Pride, when the focus is on consuming as much alcohol as possible and partaking in designer drugs. Costumes aren’t praised for how much skin they show, but rather for their cuteness and how much fun they are to show off. It’s not about looking better than anyone else or partying harder, it’s about being a part of a group of friends, which many times quickly expands to include friendly strangers of all types.

Perhaps the best part about Purim is that outside of Israel, nobody seems to talk about it as a time for visiting. It’s not so much a hidden secret, but it is certainly an underrated experience, one that doesn’t receive the attention it deserves…though that benefits those travelers smart enough to look for something unique when it comes to their vacations.

Purim is still for those who live and work in Tel Aviv, and they are gracious enough to open up their city to outsiders to join in on the fun. No celebration will be as colorful or massive as Pride, but for those interested in a several-day-long party that is unlike anything else in the world, Purim is worth the trip.