Texas’ anti-LGBTQ governor may face off against the unlikeliest of opponents in next year’s race: a leather bar owner. Jeffrey Payne, who became the sole owner of the Dallas Eagle in 2015, threw his hat in the ring in July to challenge Gov. Greg Abbott.

If he becomes the Democratic nominee in 2018, Payne would become the first openly gay man to be a gubernatorial candidate for a major party in Texas’ historyand certainly the first in a same-sex marriage. He faces a steep uphill battle to get there: A Democrat hasn’t occupied the governor’s mansion in over 25 years. In addition, the Republican-dominated state has faced harsh anti-gay backlash in 2017with more than 20 bills targeting the LGBTQ community introduced in the legislature.

“I’ve seen more divisiveness in the past few years than I care to comment on,” Payne tells INTO in a phone interview. “We need someone in the governor’s mansion who cares more about bringing people together than dividing them.”

Payne might seem like a long-shot, but he says he’s been beating the odds his whole life.

The 48-year-old spent his childhood in an orphanage after his mother passed away when he was just three years old. Payne would enter the foster care system when he was 15, attending 14 different schools before he graduated high school. His upbringing wasn’t easy, Payne says, but he learned not to take things for granted. His house parents in the orphanage impressed upon him the value of studying and work hard from a young age. Ms. Lonnie, a cook who came in “every day except Christmas,” taught him how to make his own meals.

“It made me who I am,” Payne argues. “As an orphan, you understand that life is not always going to be a bed of roses. You learn to depend on yourself.”

Those lessons became very real in 2005 when Payne’s house was destroyed in the aftermath of Hurricane Katrina. He owned a home in Gentilly, a middle-class neighborhood located near the New Orleans fairgrounds, with his two dogs. That day, he remembers that there was no news about what was happeningno radios or televisions. But Payne knew something was wrong when the water “started coming up from the manholes rather than going down.”

Gentilly’s was the last levee to break, the flood destroying his home, his car, and everything he worked for. FEMA wouldn’t allow Payne back into his house for two weeks. But when he finally returned to survey the damage, Payne knew he was one of the fortunate ones.

“When I looked around the neighborhood, I saw those big X’s on the doors, and those X’s told a story,” he says. “The National Guard came in and wrote how many people they found, how many people didn’t make it, and the date they were there. This neighborhood where people would leave the door open on a Sunday and the neighbors would walk by, say hello, and share a glass of wine, suddenly it’s all gone.”

But since then, Payne has worked tirelessly to rebuild. He started five businesses, including a court reporting firm and a landholding company. Payne’s charity work is extensive: The entrepreneur founded the Sharon St. Cyr organization, named for his mother, to assist low-income people with disabilities to purchase hearing aid equipment. Payne, who is hard of hearing himself, says that cochlear devices can cost between $5,000 and $7,000. It’s a steep price for those on a fixed income.

Payne’s philanthropic spirit, he says, is also what attracted him to Dallas’ leather scene, which helped him find a community in a new place. 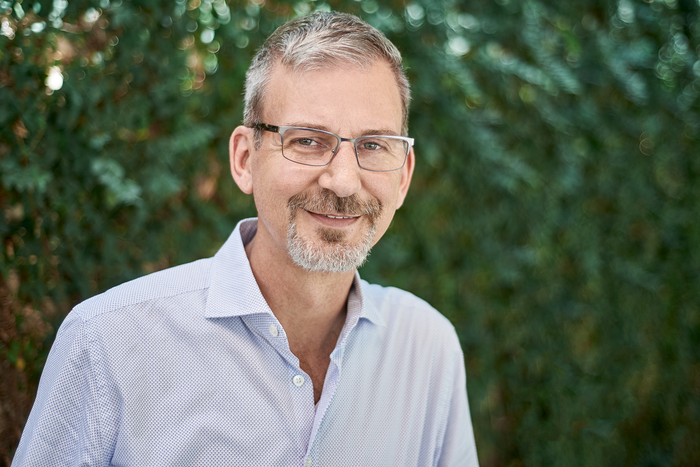 “What originally attracted me was the inclusiveness of the leather crowd,” claims Payne, who became a shareholder in the local Eagle franchise before buying out his partners two years ago. “I was gay, but I didn’t feel like I belonged to a certain niche. I loved the fact that the community did a lot of fundraising. They took care of other people. There was a sense of belonging.”

Payne would have the opportunity to represent the leather community in 2009 when he bested 52 other contestants to win the title of International Mr. Leather. He says he was “the last person on stage” he thought would win. But the unexpected victory gave him the opportunity to travel the world, using his platform to raise money for HIV/AIDS organizations in the United States, Europe, Africa, and Australia.

“My message was about celebrating who we are as individuals,” he says. “Learn to like or love yourself, because when that happens, you allow other people to love you as well.”

That message, while undoubtedly inspiring, may not go over so well in one of the nation’s most conservative states. In 2017, Gov. Abbott pushed an anti-trans bathroom bill, known as Senate Bill 6, that would force transgender people to use public restrooms that correspond with the gender listed on their birth certificate. When the discriminatory legislation failed to pass before the end of the 2017-2018 session, Abbott reconvened the General Assembly in July to force it through. SB 6 failed a second time.

Payne spoke with INTO just days after the special session wrapped, but he wasn’t hopeful that Texas would survive another anti-LGBTQ assault.

One of the major forces stopping the bathroom bill’s enactment was House Speaker Joe Straus, who broke party ranks by coming out against the legislation. The Republican politician claimed that a bill targeting the trans community would be “bad for business.” Straus told the Texas Tribune that legalizing discrimination would send “the wrong signal” about what the state stands for.

But Straus has powerful foes: Abbott claimed in June that he was keeping a “list” of people who don’t support his agenda, which could hurt the speaker’s reelection chances. Next time around, Payne says LGBTQ Texans may not have such a strong gatekeeper in the General Assembly.

“Just because the bill died here does not mean that it’s not going to rear its head again,” Payne says. “We need as many people as possible who are willing to stand in this bill’s way.”

The Democratic hopeful says that where trans people go to the bathroom is a “non-issue.” Instead, he would like to see Texas lawmakers focus on what’s importantreforming the state’s health care and public school system. A 2016 survey from Education Week ranked Texas schools 43rd in the nation, just above Louisiana, Arkansas, and Alabama. A damning report published the same year found that the Lone Star State has the highest mortality rate for expectant mothers in the developed world.

Payne calls bills like SB 6 nothing but a “distraction,” one that allows far-right conservatives to play to their base. It’s about getting votes, not doing what’s best for Texas.

What separates his candidacy, Payne claims, is that he’s not a politician. Because he’s an outsider and not a career bureaucrat, Payne isn’t worried about his reelection campaign. He’s motivated by what the people want. That statement, while a nice sentiment, isn’t entirely accurate: Payne was the director of the Equal Employment Opportunity Commission through the Department of Labor before Katrina hit. The department was subsequently downsized due to funding cuts.

But whether or not Payne is a true outsider, the real question about Payne’s bid for governor will be whether someone who made his name as a businessman is suited to lead a state of 27 million. Texas is the nation’s second most populous state. Our Oval Office is currently occupied by Donald Trumpwho claimed that his corporate experience would make him a suitable Commander-in-Chief.

Given the president’s plummeting poll numbers, it seems a growing number of Americans disagree with that statement.

What separates Payne’s candidacy from Trump, he says, is his record. As a business leader in the Dallas community for 12 years, Payne claims that he has a history of bringing people together, instead of dividing them. After taking over the Eagle in 2015, he started the ILSb-ICBB. That unwieldy acronym represents the non-profit arm of the Dallas leather community, one which serves to raise money for local charity groups.

“I have proven who I am,” Payne says. “That’s what you’re going to get when you’re in the governor’s mansion. You can fake it for a couple of months while you’re running for office. You can’t fake it for 48 years.”