The first ever-recorded gay establishment in all of North America was Moise Tellier’s apple and cake shop on what once was Craig Street (now Saint Antoine Street) in Montreal.

The city has had a sordid past with gay repression, particularly before Montreal’s Expo 67 World’s Fair and the Olympic Games in 1976, when many bars were raided, which led to the formation of the Comité homosexuel antirépression or Gay Coalition against Repression (CHAR).

By the early 1980’s though, things in Montreal became a bit more welcoming and gay establishments began to dominate an area of the city, located in what is now Le Village. What once was a working-class area, the Centre-Sud is now the mecca of all things gay within Montreal.

Today, Le Village gai or as it’s more commonly known, Le Village, is a bustling area within the city, bursting with LGBT businesses. In terms of area, Montreal’s gay village is the largest gay neighborhood in North America.

An island in the St. Lawrence River, Montreal is a blend of historic and modern architecture in what appears to be a very European-style atmosphere. It’s a multicultural and multilingual city with more than 100 languages spoken, but French and English are most prominent. Visitors shouldn’t miss places like the Notre-Dame Basilica, where Celine Dion was married, or the cobblestone streets of Old Montreal, where the best poutine shops are located.

But beyond the obvious tourist hot spots, the city has some pretty unique options. 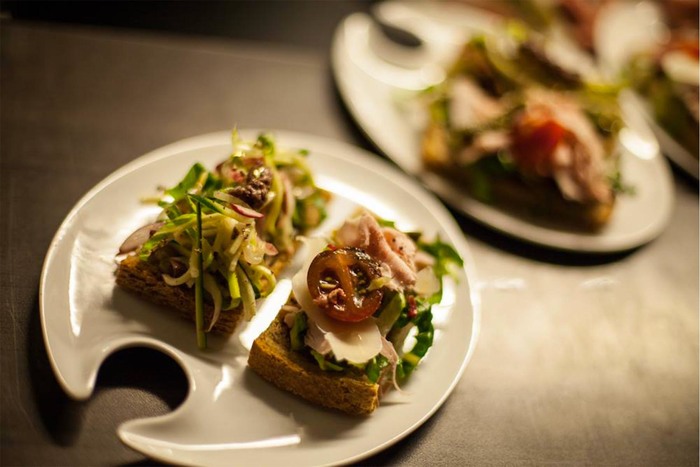 Let’s start with the easy basics that are kind of a must.

Schwartz’s iconic smoked meat is as casual as it gets, but the meats are considered somewhat of a Montreal delicacy – just make sure to avoid rush hour times as the lines will stretch down the block. Another classic is St.Viateur Bagel, a haven for bagel lovers. Also, keep an eye out for food trucks, which oddly enough, were banned in the city up about until a few years ago, but are now a thriving market (food trucks might also arguably be the best source for classic poutine, but you’ll have to try several and come to your own conclusions).

For a quick bite, stop byXavier Artisan, but leave room for the crème glacée (ice cream).

But If you’re in the mood for fine dining, the options are endless, as the Montreal food scene is hailed as not only exquisite, but regularly considered one of the best places to eat in the world.

The Italian restaurant Le Serpent has an incredible Bucatini with pork flank confit, black garlic and soy. The oysters served with a maple mignonette are also a must. Hidden in the heart of the city’s business district is Jatoba, a premier Japanese restaurant with a mouth-watering menu and to-die-for raw bar.

For authentic Quebecois cuisines, Auberge Saint-Gabriel is steps from the Notre-Dame Basilica. The braised rabbit with mustard, crème fraîche, celeriac purée and Brussels sprouts is a highlight of the dinner menu.

Or head to Le Bird Bar, a fried chicken and champagne bar for a menu with the obvious (yet amazingly delicious) chicken and waffles, served with watermelon, feta & mint side and sriracha maple. Beyond the staple, the menu is filled with unexpected items like vegan popcorn chicken, and has over 15 different dipping sauces to satisfy every chicken lover’s dipping fantasies. 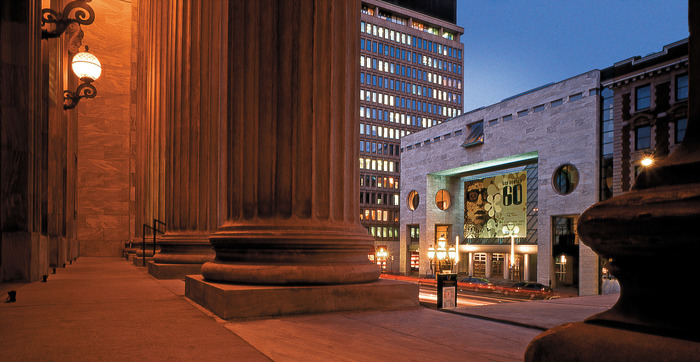 If traveling with friends, or if you can make friends easily, head down to the Old Port of Montreal for a one-of-a-kind private luxury yacht experience.

Asbolü Cruises is the only company to offer this type of high-end service on a commercial vessel. With two yachts to choose from, depending on needs, the company can practically customize any type of experience one can dream of.

From an intimate gathering for a sunset cruise to a full-on champagne-filled hot tub party cruise that lasts all day and night, they are pretty much open to satisfying the requests of their guestsplus, there are no better views of Montreal than out the water.

Nearby the Port d’Escale Marina is Bota Bota, a floating spa. Here you can book spa services or just simply enjoy the extensive outdoor water circuits and pools. There’s also a bar and restaurant to help make a day of it.

For incredible pastries, indulge at Libertine Bakehouse. And for some killer vintage glasses, stop by Vintage Frames Company, where one can spend hours drooling over all the frames that are available – they also happen to supply frames to some of the hottest celebrities in the world, including Gaga. Just down the same road is Notorious Barbershop, by the same owner, where you can fix your fade or trim your beard before a night out. And of course, a not so hidden gem, don’t skip the Montreal Museum of Fine Arts, the largest museum in the city that is located in the Golden Square Mile and remains one of the most respected cultural institution in North America. 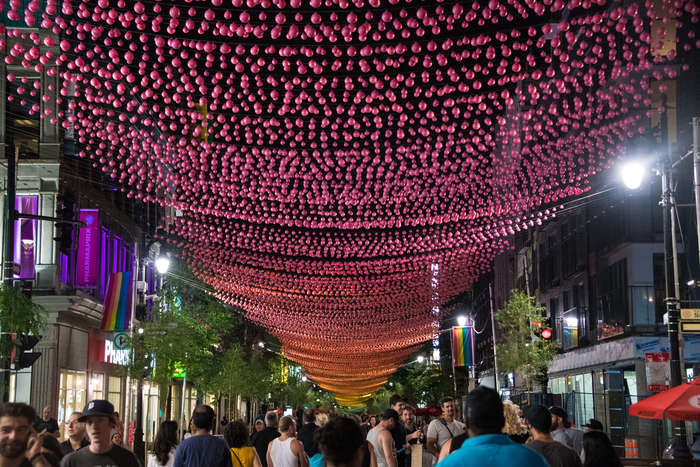 Le Village is going to have every kind of gay bar imaginable and if you don’t know what you are looking for, just take a stroll down the beautiful streets of the Village until you do. That being said, if you do venture at night and need a suggestion, Cabaret Mado, the infamous drag bar, is an absolute must.

Named after drag icon Mado Lamotte, the queens here are fabulous but the French-speaking host who is funny and quick on her feet will affectionately rib English speaking guests with her deliberately butchered English.

And if you’re need a place to have an incredible drink after some fun with the queens, then you must make your way to the one cocktail lounge you can’t miss: Agrikol, a Haitian bar with lots of rum based drinks.

Montreal’s underground city, literally below the city, is made up of 32 kilometers of tunnels that are spread over an area of twelve kilometers of downtown. The city includes sixty residential and commercial complexes.

Some of what you will find underground include hotels, shopping malls, banks, and museums, as well as university buildings, seven downtown Métro stations, two commuter train stations and the Bell Centre hockey arena. More than 120 exterior access points lead to the underground city and nearly 500,000 people use it daily, especially during the winter. 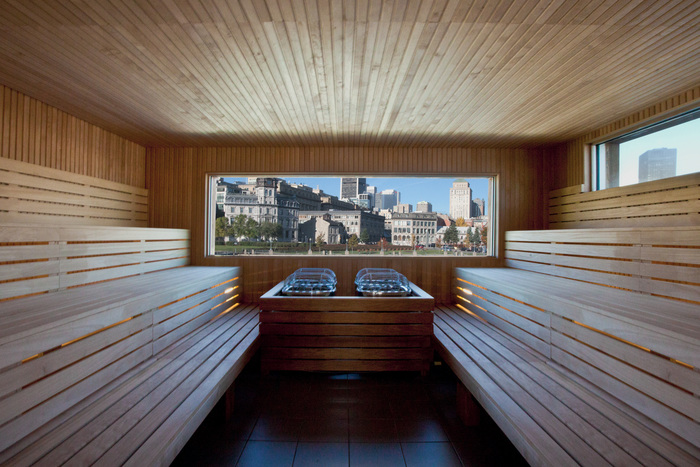 Check outHotel William Gray, a new upscale boutique with 127 rooms and suites, located in the center of Old Montreal.

This property was carefully designed to not only be aesthetically appealing, but ultra-convenient for guests, with an upmarket grill restaurant, a rooftop bar, a lobby bar, café and even a high-end retailer.

Additionally, the hotel offers a multi-functional Living Room with library, pool table and music station, as well as a full service spa with outdoor pool and state-of-the-art fitness center.

This post was brought to you in partnership with Tourisme Montreal. Discover your Montreal today.