I first learned about Fogo Island while watching a Netflix documentary series that highlighted an incredible hotel (which I’ll get to later). I was immediately drawn to this tiny island off the coast of Newfoundland. There was something about its remoteness paired with this architectural masterpiece that just called to me. I began researching more about Fogo Island, and once I discovered that some believed it to be one of the corners of a flat earth, I knew I had to make my way there. I’m not a flat earther by any means, and later I learned that there are actually 9 corners of flat earth, rather than four, but nonetheless, the island fascinated me.

Fogo Island is part of Newfoundland, Canada and getting there isn’t particularly hard, but it does require time and patience. Once you make your way to Gander, Newfoundland, the ferry terminal is just about an hour away. The Fogo Island Community is small yet welcoming and it’s apparent they are still adjusting to the influx of new visitors they are receiving due to the Fogo Island Inn (again, I’ll get to this place later).

Hiking to One of The Corners

Once arrived, I was determined to hike to the top of Brimstone Head, believed to be one of the corners of the flat earth. The hike itself wasn’t strenuous, and mostly consisted of walking up a very long makeshift staircase. At the top, the wind was powerful and the views were breathtaking. With the community behind me, all that was visible in front of me was blue ocean, a major disappointment in my quest to see the edge of the earth. Maybe the drop point was just beyond the horizon? I wasn’t there to question anyone’s beliefs, although most of the locals I spoke to mainly laughed off the flat earth theories.

Museum of the Flat Earth 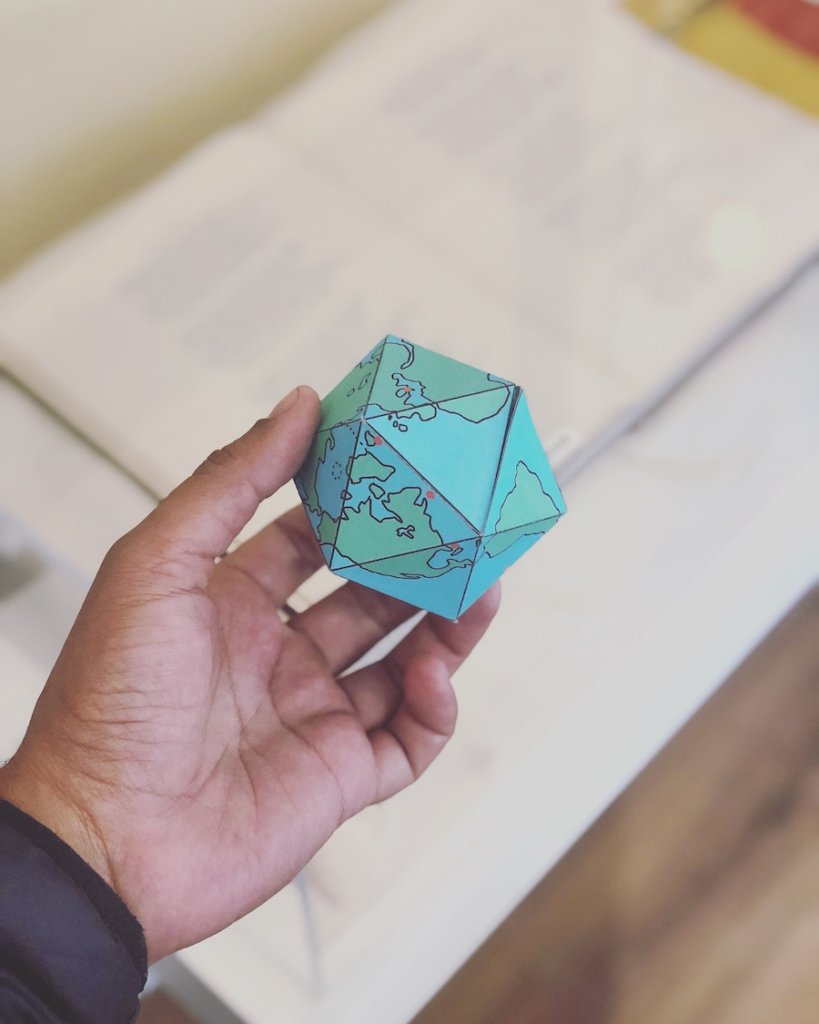 My next stop in my quest to learn more about the flat earth theory took me to the most logical place; the Museum of the Flat Earth, a museum with a mission to preserve, investigate, archive and present artifacts relating to the flat earth. Although small in size, inside it was packed full of artifacts and documents. After reading through some of the basic material and having a look around, I was more confused than ever. I wasn’t fully grasping the flat earth conspiracy so I bought a mug and ended my investigation, vowing to make peace with the fact that there were people out there who truly believed the earth was flat. It was now time to move past my initial interest in the island and go learn about what truly makes Fogo Island so special. 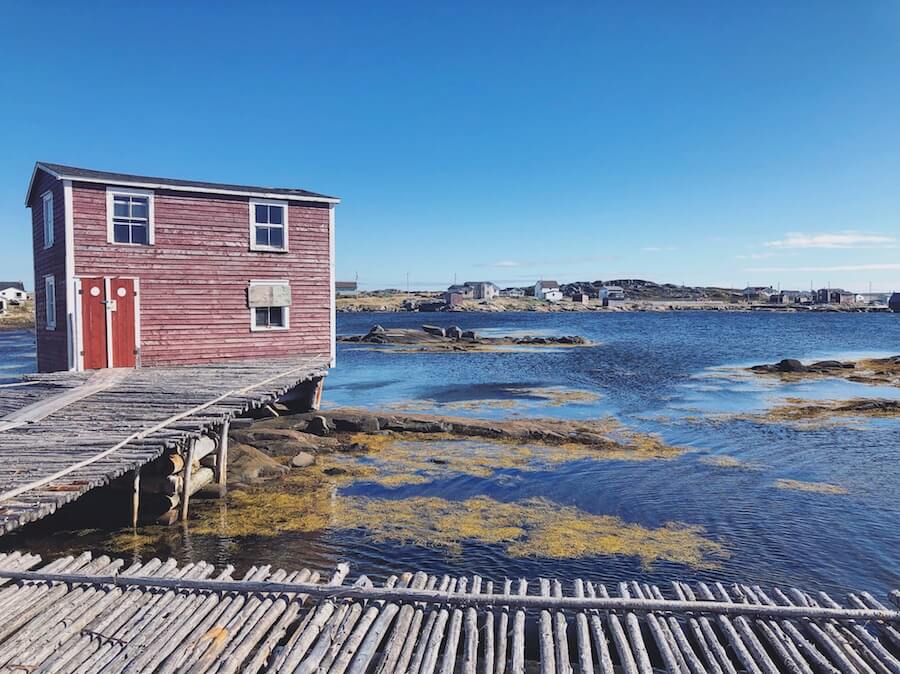 Fogo Island is made up for eleven communities, all with small populations of folks who have mostly been living there with their families for generations. I had the pleasure of spending a morning with a local named Al, a true storyteller who was born and raised on the island. His community of Tilting is a traditional fishing stage and heritage site. During the two-hour walking tour along Oliver’s Cove Trail, next to the ocean, we visited notable landmarks such as the Devil’s Rocking Chair, an ancient graveyard shrouded in mystery and rich folklore. As Al pointed out each site he told a story, sometimes of general history and other times, more personal. The tour ended in his shed, where he handed me a beer and then picked up his guitar and began singing, something he truly enjoyed doing with guests as evident by the smile on his face. It was all like a scene out of a movie, so unique and different, leaving me filled with knowledge about what life was like and how life is now living on Fogo Island.

Another amazing character I had the pleasure of spending time with on Fogo Island was Diane Davis. If you haven’t heard about Gander, Newfoundland, you most likely have heard of the hit Broadway musical, Come From Away, the remarkable true story of 7,000 stranded passengers and the small town in Newfoundland that welcomed them. On September 11th, 2001, when all air traffic coming to and from the United States was grounded, the town of Gander ended up playing host to many, many transcontinental jumbo jets, leaving thousands of people stranded in this small town without access to their luggage. The folks of Gander opened their hearts and their homes and showed true hospitality to thousands of people from all walks of life. The musical tells the story of what happened that day and the events that followed. Diane Davis was living in Gander at the time and is a real-life character from the show, as a character was adapted from parts of her life and experience. Hearing her tell the story of that day was mentally consuming as she recalled every vivid detail of what occurred. She was truly fascinating as well as outspoken and hilarious. Now, living on Fogo Island, she’s like a mini-celebrity, willing to talk to anyone who has questions or just wants to hear her story. 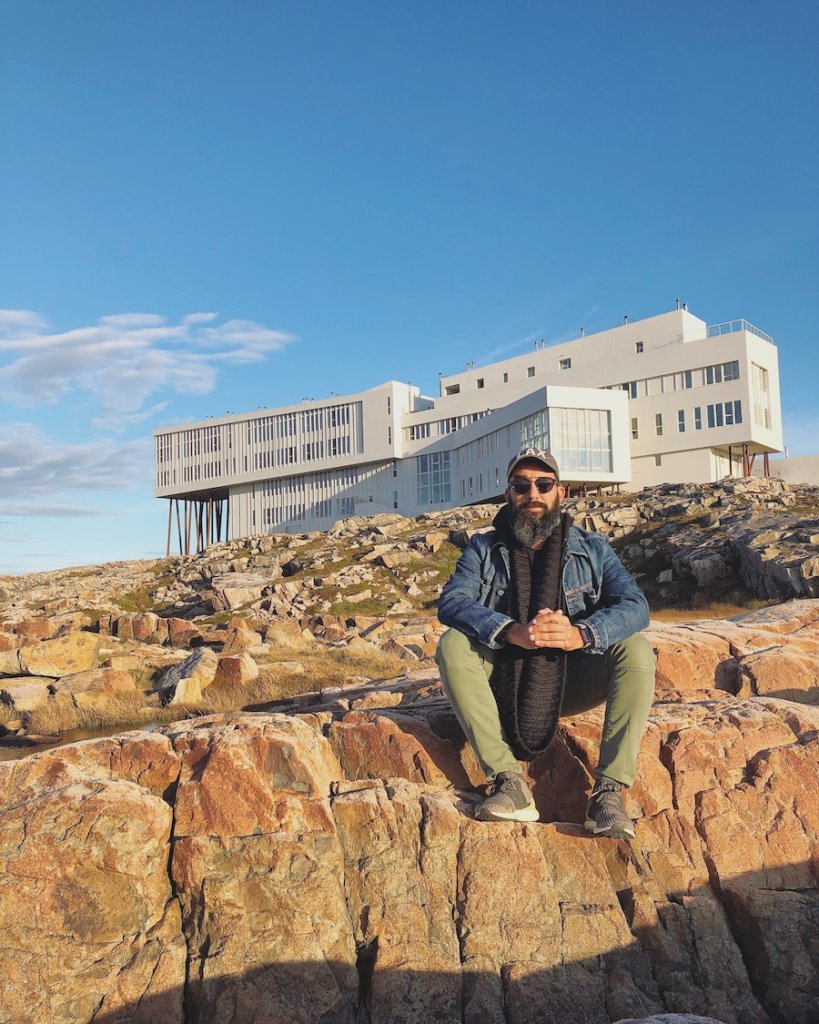 The real reason people are flocking to Fogo Island is because of the Fogo Island Inn. Designed by Newfoundland-born, Norway-based architect Todd Saunders, the 43,000 square-foot Inn is perched on stilts and sits on the North Atlantic coastline, affording 29 suites with floor-to-ceiling views of the sea and sky. The X-shaped structure features a two-story west-to-east wing containing gathering spaces and a four-story Southwest and Northeast wing, parallel to the coast, containing all the guest suites. 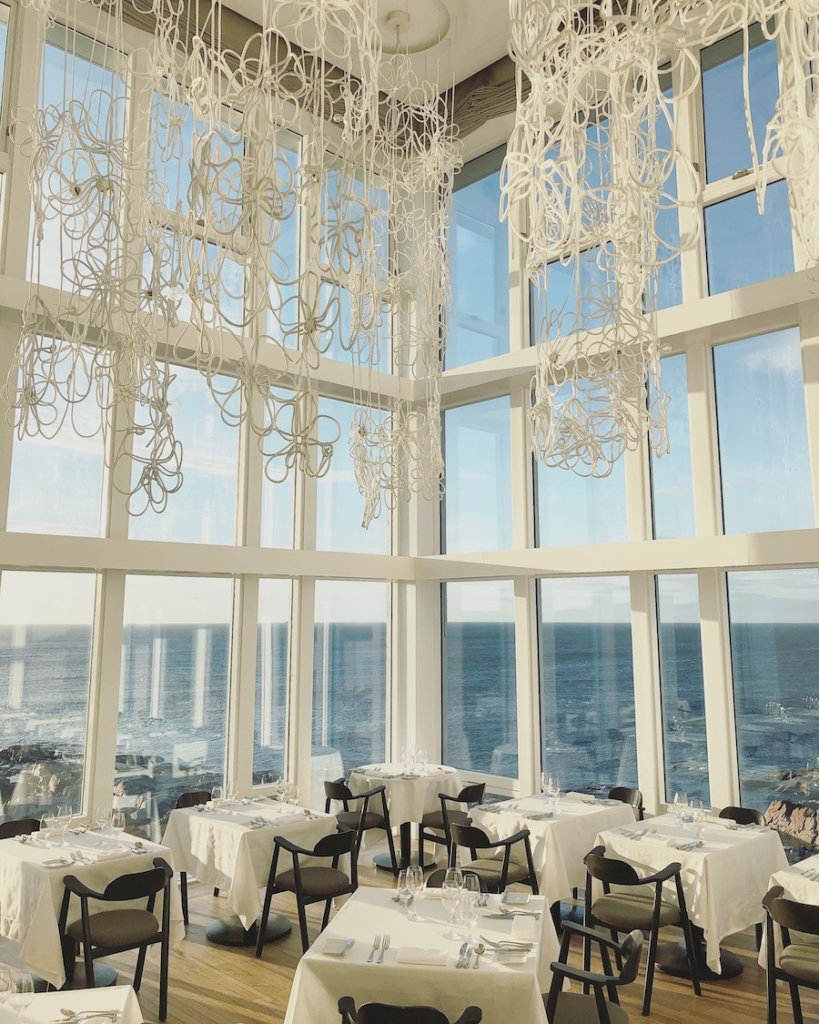 One of the Inn’s most iconic spaces is the dining room, which features a dramatic vaulted ceiling that looks out over the ocean with views of the community of Barr’d Islands in the distance. Everything found inside the Inn was handcrafted or sourced locally, and the attention to detail leaves you breathless, as does the price point. That being said, the Inn is the brainchild of high-tech entrepreneur and native Newfoundlander Zita Cobb, and was conceived as a way to save one of Canada’s oldest rural cultures. With available jobs on the island basically non-existent, the island decided to build a lodge that belonged to the local people – a social business that funnels all surplus profits back into Fogo Island. The Inn has transformed the island, bringing jobs and sustainability, all while preserving the culture and encouraging locals to stay put on the island. The Inn has also already sprung new businesses on Fogo from past employees who were encouraged and helped by the Inn along the way. Bang Belly Café as well as Scoff Restaurant are two delicious businesses that initially started at the Inn. 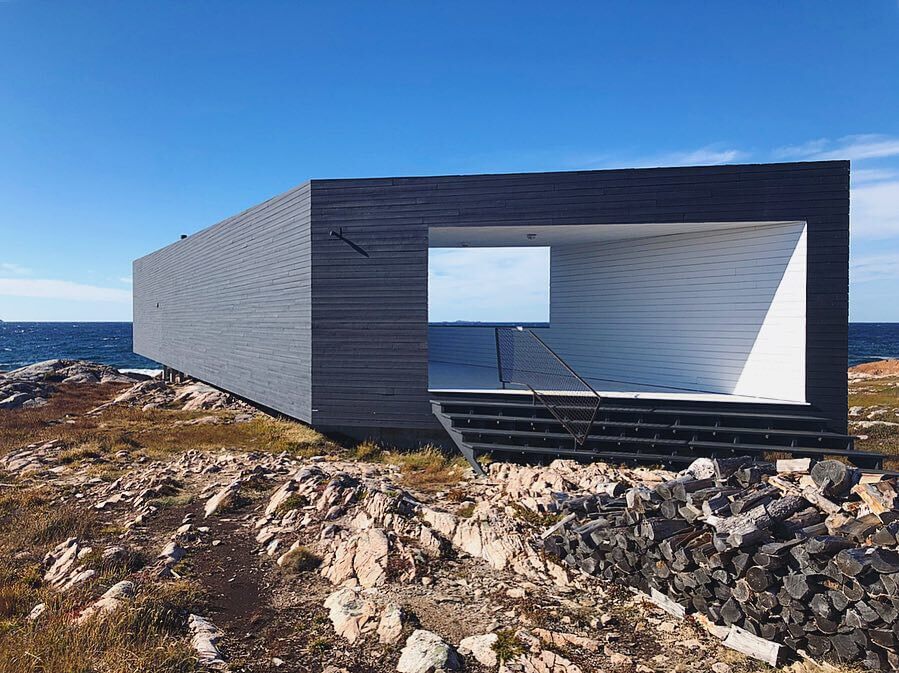 Todd Saunders, the architect responsible for the Fogo Island Inn, was also tasked with creating four incredibly unique artist studios that are part of a heavily sought after residency program. Each studio is located a short walk away from society to give the artist a remote feeling while working during their residency. Spending a day driving to and then walking to each of the studios is highly advised and very much worth it because they are just breathtaking to look at, and are beautifully photographed from every angle.