It’s been just a few months since details of a brutal homophobic regime in Chechnya began trickling slowly into public consciousness. Back in April, Russian political newspaper Novaya Gazeta unveiled the first details of reports that hundreds of men were being rounded up, beaten, and tortured for their sexuality.

Some were killed by their captors. Others were bundled up in sacks and thrown to the ground in front of relatives encouraged to execute “honor killings,” in which they would be murdered by family members for bringing shame to their reputation. When confronted with these horrific reports, Ramzan Kadyrov – leader of the Chechen Republic – was unfazed, explaining calmly in a televised interview that he would condone these murders even if he knew of them and describing queer people as “subhuman.”

The news ignited a global media frenzy, launching celebrity-endorsed campaigns to pressure the Chechen government and countless salacious articles detailing the conditions in these so-called “concentration camps.” Elena Milashina, a leading reporter for Novaya Gazeta, later clarified details in a New Yorker interview – although these undocumented prisons weren’t exclusively for gay men, they were subjected to disproportionately torturous treatment.

Despite this initial focus on the graphic horrors of the regime, few media outlets have detailed the consequences still being felt by those responsible for breaking the story. 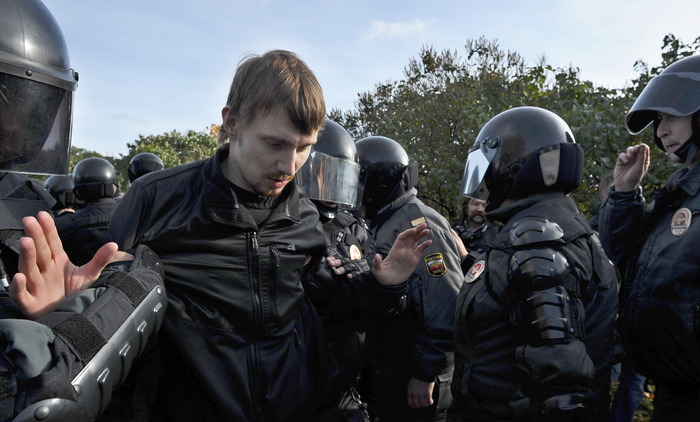 These consequences are nothing new. It’s well-known that Russian journalists often pay the price for daring to write about government scandals; since the year 2000, six Novaya Gazeta journalists have either been murdered or died under suspicious circumstances. The most notable victim is Anna Politkovskaya, a famed human rights activist and writer shot in her apartment elevator back in 2006.

Her murder is widely believed to be a contract killing. Speaking at the time, deputy editor Vitaly Yaroshevsky pointed to a radio interview given just a week prior to her death. In this interview, Politkovskaya had revealed that she would act as a witness in a criminal case against Ramzan Kadyrov connected to unexplained abductions in Chechnya and went on to refer to him as “the Stalin of our times.” 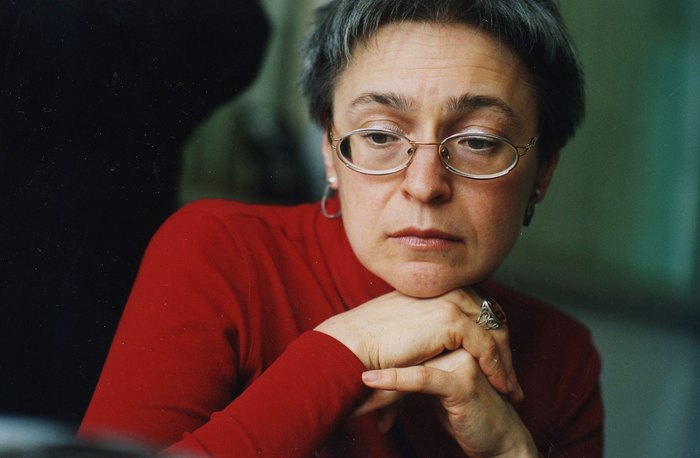 Alina Politkovskaya
It is, therefore, unsurprising that Elena Milashina fled Russia shortly after breaking news of the investigation, fearing for her own safety. She has spoken about the protected identities, memorized phone numbers, and high-risk lies required to bring these stories into the public sphere. Publishing these articles can result in an unofficial death sentence.

Index On Censorship is a nonprofit organization rallying against this oppression.

Hannah Machlin, the project manager of its monitoring platform, Mapping Media Freedom, highlights the rising pressure on journalists in Europe and the former Soviet Union: “In Russia, reporters for independent publications have seen a wide-range of tactics in an attempt to silence their critical reporting, from murder to legal measures,” she explains. “Journalists reporting on human rights abuses, including the treatment of gay people in Russia, have been targeted by the authorities.”

The case of fellow Novaya Gazeta reporter Ali Feruz – legally known as Khudoberdi Nurmatov – further exemplifies the government’s war on political journalists. Born to a Russian mother and an Uzbek father, the openly gay journalist is currently locked in an ongoing battle for asylum.

Buzzfeed News recently detailed his story at length, writing that he fled Uzbekistan in 2009 after being tortured for two days. He returned to Russia and began writing for the notorious newspaper in 2011, but had his passport stolen just a year later. This lack of documentation forced Feruz to apply on several occasions for asylum, but, earlier this month, he was detained after they were repeatedly declined.

Little is known in terms of why he is actually being held and refused the right to stay in Russia, but a lengthy article written by Olga Bobrova and published on the Novaya Gazeta’s website earlier this year illuminates a few interesting and potentially crucial details. In the emotive, extensive article, Bobrova suggests that Uzbek special services are attempting to link Feruz with a radical group – despite his record, which shows no links to crime or extremism.

This could explain the alleged violence suffered by Feruz throughout his detention. In a press release issued by Amnesty International, Denis Krivosheev, the organization’s Europe and Central Asia Deputy Director, highlights that claims of abusive treatment have been ignored: “His continued detention despite his claims he has been beaten is disgraceful,” he said. “He has committed absolutely no crime, and it could take months or even years before a final decision [is made] by the European Court of Human Rights.

Ali Feruz complained that security officials beat him during the transfer to the detention center and showed bruises during his court hearing. The judge decided to ignore these shocking allegations.”

Although Feruz’s deportation to Uzbekistan has been suspended – a minor victory which Krivosheev describes as a “small step” – it is still a real possibility. This is a problem. The country still legally persecutes sex between two men, dishing out punishments which range from financial sanctions to prison sentences.

Furthermore, a lengthy report issued by Human Rights Watch reveals that activists and journalists are still imprisoned for their work, whereas reports of “disappearances” point to corruption and institutionally-approved discrimination which, when combined with widespread homophobia, would effectively spell out a death sentence for Feruz. His media profile puts him at extreme risk; he must be protected. 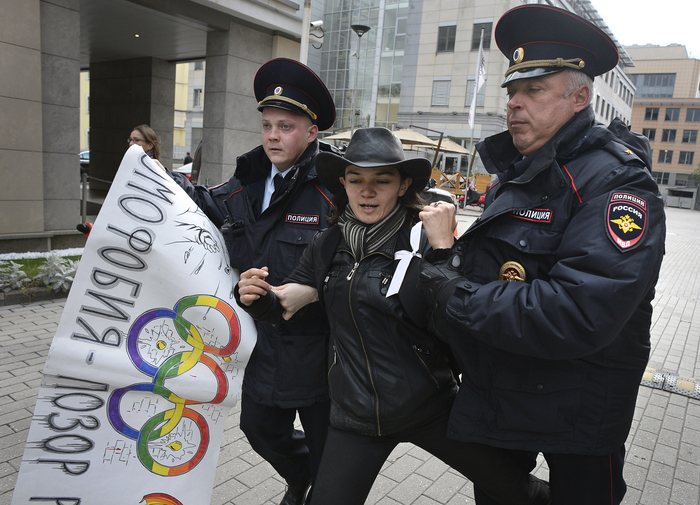 This tragic case is also a reminder of the countries worldwide, which still legally punish homosexuality – in privileged Western societies, it can be easy to take for granted the freedoms we have. All Out is an organization looking to highlight this global homophobia by using technology to spread awareness and enable people to donate to or campaign for LGBTQ rights.

“In 71 countries, it’s a crime to be gay and, in 10, it can cost you your life. In many more, LGBTQ people face appalling discrimination and exclusion,” writes Senior Campaigns Manager Yuri Guaiana in a statement issued to INTO.

“Across the world, many powerful religious and political forces regularly incite hatred and violence against LGBTQ people. Those responsible for attacks on LGBTQ people often enjoy impunity,” he continues, before underlining the organization’s campaigns to rally against the homophobic atrocities unveiled in Chechnya.

“We have been doing this work in Russia for a long time. We do this work because we want to build a world where no person will have to sacrifice their family or freedom, safety or dignity, because of who they are or who they love.”

Hearteningly, these campaigns and articles have resulted in genuine progress. A report published on EU Observer reveals that Chechnya’s authorities have suspended the anti-gay regime. However, various EU countries have been reluctant to actually accept refugees and offer protection to victims – at the time of writing, only five were actively helping victims to leave – whereas Donald Trump has been predictably silent on the matter, refusing to discuss it in meetings with Vladimir Putin.

In fact, it was only last month that anyone in his administration bothered to even acknowledge the disgusting tragedy. This shouldn’t come as a surprise given his transphobic, xenophobic laws and well-documented links with Russia, but if one of the most world’s most powerful men won’t condone these atrocities, what hope is there for LGBTQ communities suffering in these oppressive regimes?

This appalling reluctance to document and fight against the catastrophic consequences of the Chechen regime shows exactly why the media needs publications like Novaya Gazeta now more than ever. Journalists are literally risking their lives to write about the segregation, torture, and murder of queer communities, as well as to put pressure on the corrupt governments still turning a blind eye to this treatment.

Whether it’s signing a petition, writing an article, or simply sharing accounts of this prosecution, we could all be helping to raise awareness of these violations and the subsequent abuse of the journalists uncovering them. In a world still plagued with fatal xenophobia, silence is the same as complicity.