The “Queen City” isn’t only for queens. In fact, the gem of the Midwest is for sports enthusiasts, craft cocktail sippers, art buffs, neon sign adorers, underground railroad historians, river paddlers, smile-havers, and everyone in between (and regretfully not mentioned.) The city’s 300,000 residents are proud to say their city just hopped on The New York Times’ podium at number 8 for best places to visit in 2018!

To better understand Cincinnati, imagine your favorite hipster neighborhood in your city. The trendy cafes, the craft brews, the innovative street art, and the luminescent storefronts full of trendy trinkets. Now imagine that neighborhood expandedits perimeters (and why not its figurative parameters?) expanding to blanket a whole city. But now, remove any pretension you’ve experienced while walking in Williamsburg or Echo Park and instead, substitute it with the charm that can only come from the cross stitching of Midwestern pleasantry and Southern hospitality. This is Cincinnati. 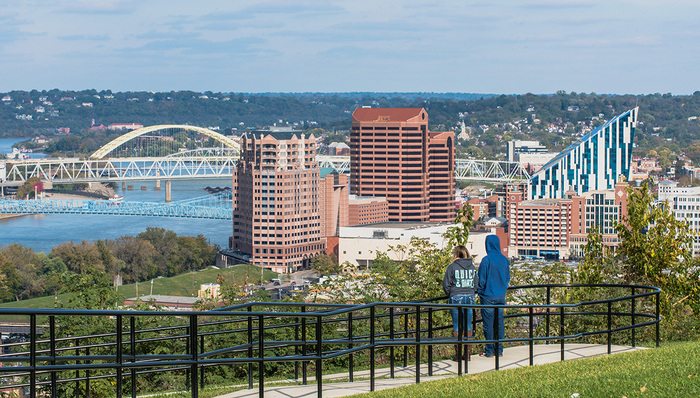 Begin with moseying at Smale Riverfront Park, where you can wander through rose bushes and a 1.75-acre grove of oaks and elms and smaller shrubbery. Take a gander at the carousel, hop into the Faith fountain’s cooling jets of water, and follow the Ohio River as far as you’d like. Finish in the Rosenberg Swings, where you can enjoy a slight rush as you are mellowed by the river and the boats meandering this-a-way and that-a-way.

Cincinnati’s hottest new restaurant is Sartre. This sexy restaurant’s dim lighting and dark leathers give the open space a suave New York City meatpacking district vibe. The menu is full of delightful hors d’oeuvres, like the yellowfin tartare (expensive AF) as well as a handful of more filling fish and meat heavy entrees. Although not necessarily close to the sea, the city raves about the roasted sea bass (also expensive AF.) Stay for drinks, because damn, that bar is handsome.

Remember in college when you’d all hang out in your friend’s backyard, play games, spill the tea while drinking beers? Well, Mecca OTR has recreated this nostalgic hang, reinventing the bar and making it a more casual, friendly space for strangers to get acquainted. The space has ample seating with plenty of picnic tables strewn about the city’s most creative patio displaying local artists’ street work, table games, and a full bar. Try out the Chunker, a mix of your favorite San Pellegrino soda and a mini Smirnoff put in bottoms up (reasonable and also delicious AF.) 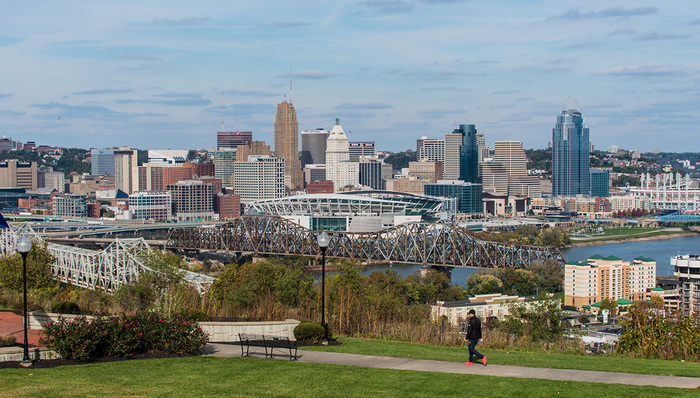 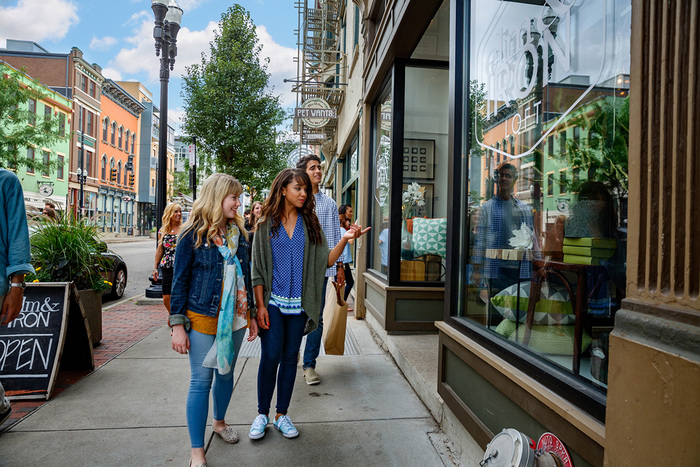 Too many Chunkers? Oh dear. Let’s bike them off on the trails of Devou Park. And while the 700+ acre park is actually in Kentucky (!!!), it’s a quick drive over the river. Pick up your rental at TREK, download the park map on your phone, and head to the park for a self-guided tour. The size of the park offers an adventurous but manageable way to get close to the forest of the region while getting a peek of the city below. Not stoked on biking? Go for a short hike in the park!

Just outside of the city in the neighborhood of Oakley is the Sleepy Bee Cafe, a restaurant built for the love of bees. The restaurant serves favorite comfort foods with a locally collected, healthy twist. Try the Queen City Bee, a sandwich with goetta, green apple, arugula, an over-easy egg, all on ciabatta. Or, go for the apple pancakes (both are reasonably priced.)

While a little quirky, The Sign Museum showcases more than 20,000 square feet of signage over an entire century. Vibrant neons and modern LEDs are set beside non-electric relics displaying everything from motel signs to 1950 car advertisements. This is Americalit upand in your face. 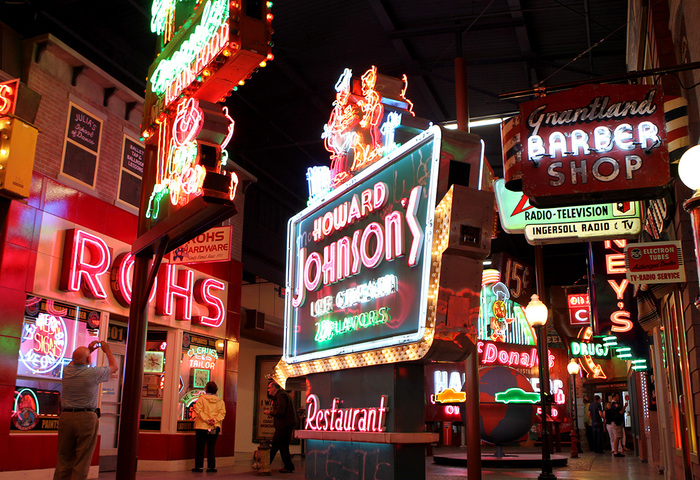 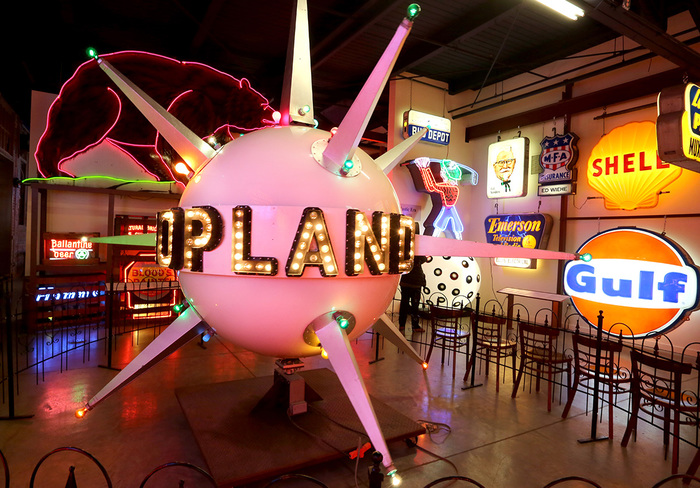 Over-the-Rhine is a working-class neighborhood settled by German immigrants in the 1800s who sentimentally named a canal they crossed to get there the Rhine. The neighborhood is now one of the most sought after places in the city for its excellent restaurants, shops, and cafes. Find Righno for masculine styles (and a few queer art books), Sloane Boutique for feminine styles, and Elm & Iron for cutesy home decor.

In the summer, book a mural tour with Art Works for in-depth information on Cincinnati’s wonderful murals sprinkled across the city. The award-winning non-profit has employed thousands of local youth while helping turn the city into a stunning creative haven. And if it’s not summer, do a self-guided tour any time of the year by downloading the map on their website. Be sure to look out for a favorite: George Washington in drag.

Instead of saying “huh?!” in Cincinnati, the polite locals say “please.” The city’s newest most talked about restaurant is named after the courteous phrase. Please’s menu is just as gorgeous, vibrant, and modern as their small tastefully done interior. The restaurant has a wonderful a la carte selection as well as an indulgent 4-course meal for $55.

Penny Tration from Rupaul’s Drag Race Season 5 hosts a multi-performer drag cabaret every Saturday night at Below Zero Lounge. The bi-level bar also brings in DJs and VJs for their main level floor where you can choose from over a hundred different vodkas. An aggressive happy hour starts at 4pm and goes until 8pm. 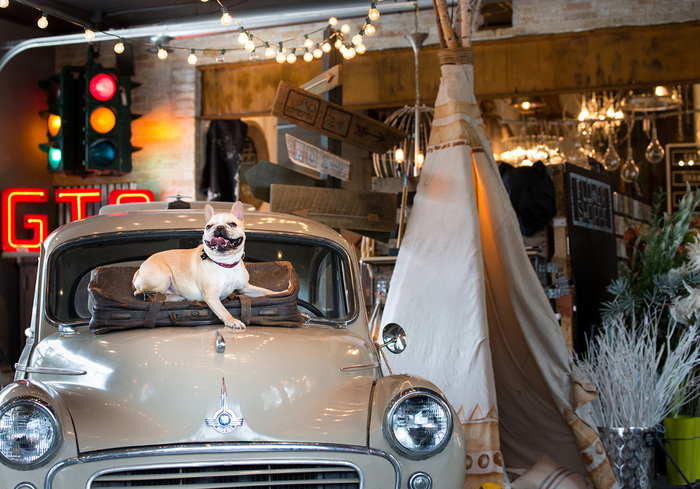 For succulents, luminescent white, bare walls, and reclaimed wood furniture (and kick ass pour over coffee) Cheapside Cafe does not disappoint, and breakfast is served all day for the midday riser. 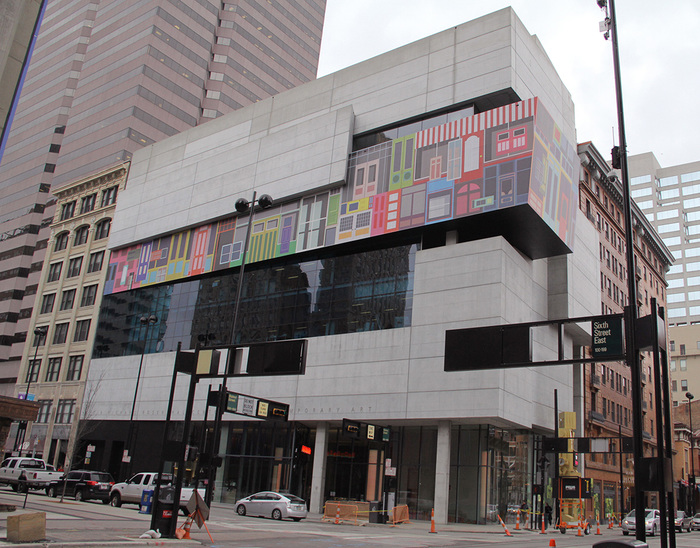 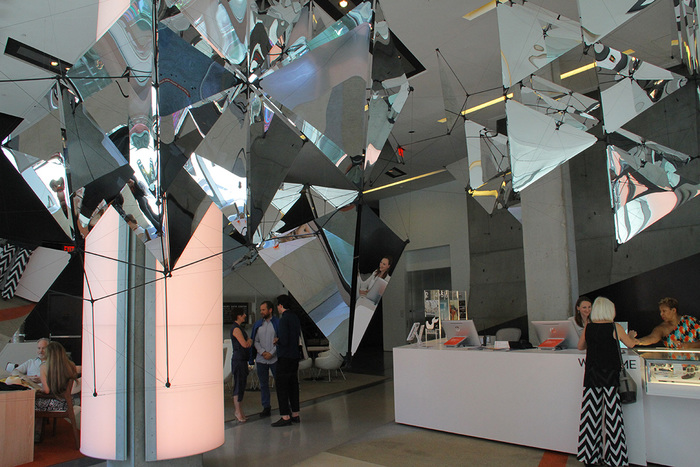 The 21C Cincinnati is the city’s most unique hotel and has a mascot (a yellow penguin statue) that moves its way around the hotel’s 156 modern, minimalist rooms with wonderful, modern art concepts. For instance, in the shower, some of the ceramic tiles jut out: noses, breasts, and lips. An art gallery dominates the first two levels of the hotel and an elegant bar roosts at the rooftop. Rooms from $199.

AC at the Banks is located right on the riverfront with balconies that overlook Smale Park. The unmatched views are complemented by clean, elegant, and comfortable rooms. Rooms from $149.

Cincinnati doesn’t have a hostel, so the best option is renting a room or small apartment on Airbnb in Over-the-Rhine. Small one-bedroom apartments from $55. 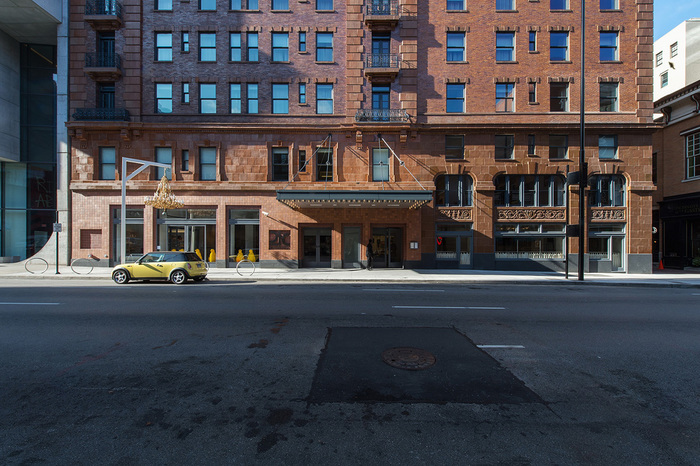 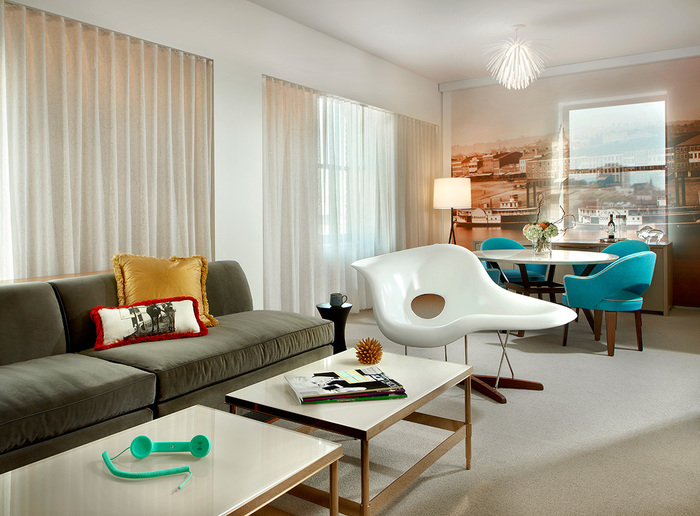 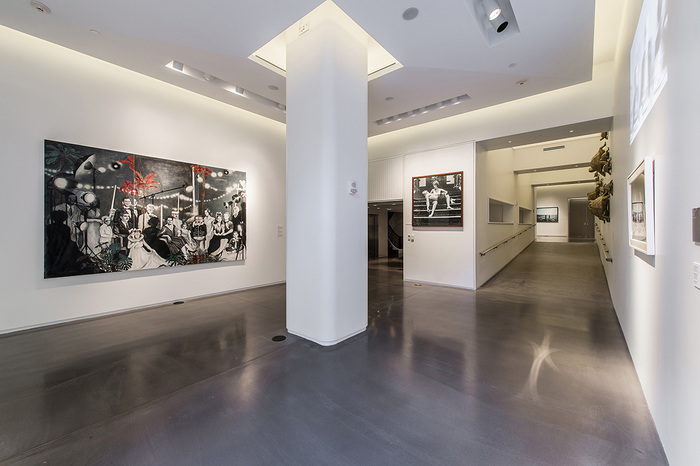