As noon draws near, “the tablecloth” of mist that decorates the mountain is shucked by the cold magician winds of the Atlantic. They clear the table for the sunny afternoon ahead, allowing the sun to shine on the infamous Robben Island in the Bay that detained Nelson Mandela for 18 of his 27 years of imprisonment.

As the Weekender alights in the city proper from a lively minibus blasting African house, it becomes clear that no singular culture exists; only a wonderful conglomerate proved by the country’s 11 national languages. And only by exploring the city’s onerous history, inveterate outdoor possibilities, and lionized food scene can they do their darndest to chronicle the continent’s most progressive city.

Christmas and New Years blast the city’s tourist industry welcoming hundreds of thousands of visitors during its warmest months with the celebrated The Mother City Queer Project every December.

While the 2017/18 summer tourism season looks to maintain its appeal, visitors should be aware of and respect Cape Town’s severe drought and strict water consumption regulations as reservoirs drop dangerously below 13%. 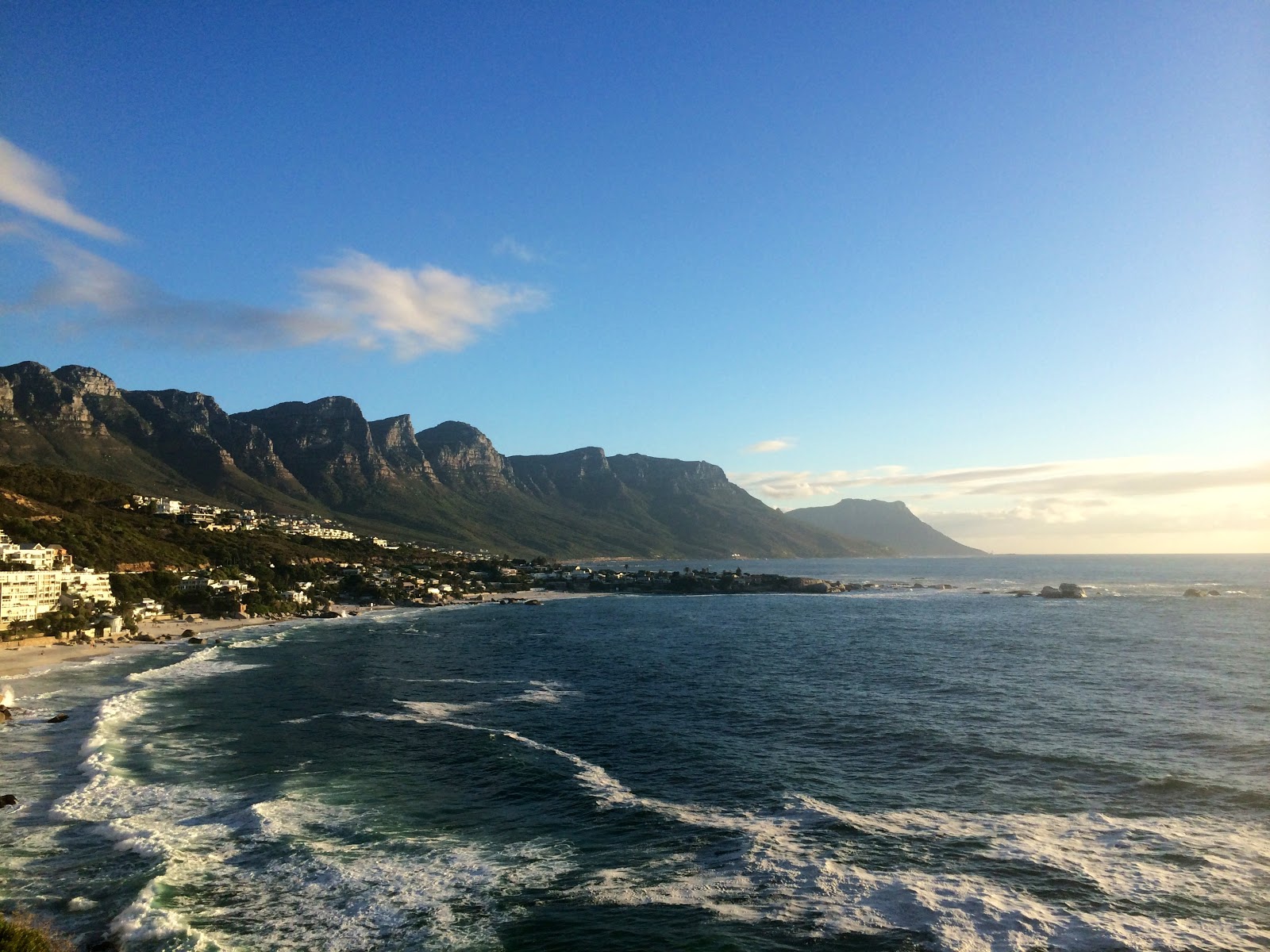 3pmCossies
As you wait for your room, grab your swim briefs and store your luggage. Head to Clifton beach, located beneath the highrises, mansions, and bungalows of Clifton, a neighborhood at the toes of Lion’s Head. The African sun scorches hot on the silky sand and is remedied only by dips in the chilly waters of the Atlantic, reminding you that Antarctica is the next landmass South. Set up on Clifton 3, a much less crowded escape from the popular 4. A young crowd in short cut “cossies” sun tans and by the boulders- models pose for international magazine features.

6pm-Sundowners
The Bungalow overlooks the open Atlantic and Camp’s Bay (perhaps the Malibu of Cape Town) and is the best place to watch the sun sink as it paints the Twelve Apostles in maritime alpenglow. The view will look familiar, it’s nearby the filming location of the final scene of the “San Junipero” episode of Black Mirror. Sit cross-legged on the cabana day beds and enjoy the a sundowner. The Espresso Martini (75 Rand) is sweetened by Amarula Cream (an African spirit from the fruit of the Marula tree) is the pick-me-up for the night ahead.

8pm-Mojo, Baby!
In recent years, Cape Town has grabbed accolades left and right, grooving its way to one of the top food capitals of the world, surpassing Dubai in Conde Nast Traveler’s 2016 list. The secret is its wealth of world cuisines. The eclectic food scene is best displayed at Mojo Market, an indoor market that offers a smorgasbord of food stalls and unique retailers with the everpresent hip and creative Cape Town flair. Try bowls at Hokey Poke (100 Rand), the fresh oysters at Mussel Monger (25 Rand per mussel), or the authentic South African cuisine at Chef Phil. Finish the night with a walk on the Seapoint Promenade and retire early, or, let it carry on to the notorious Long Street.

10pm- Up Yours
UP YOURS rooftop bar on Kloof street is praised by young spirits with an ear for experimental, unique sounds. Locals and foreigners cheers below fairy lights and leafy plants. What a place for a night cap. And for an even more diverse scene of Cape Town’s queer culture, Zer021 welcomes all. 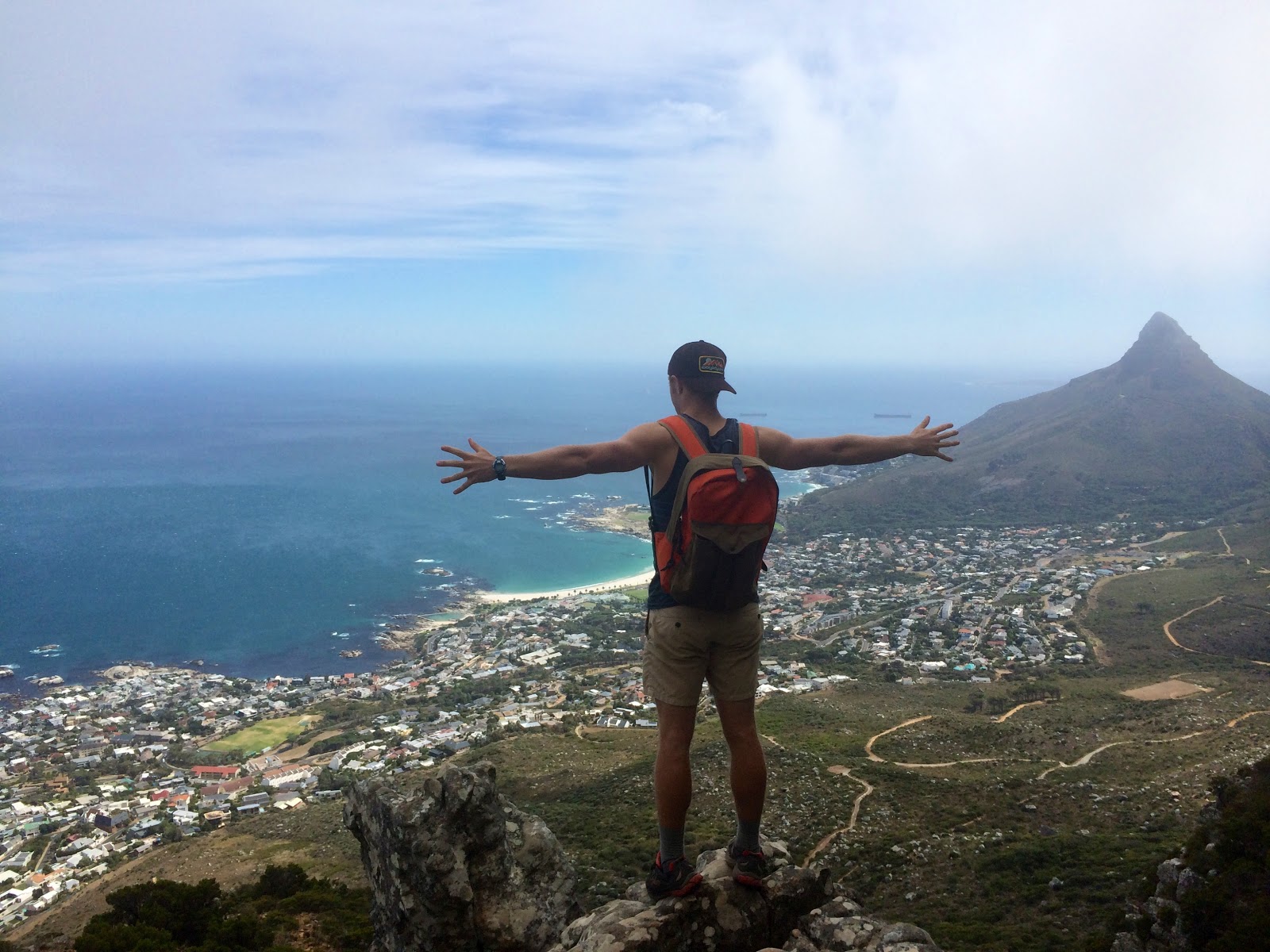 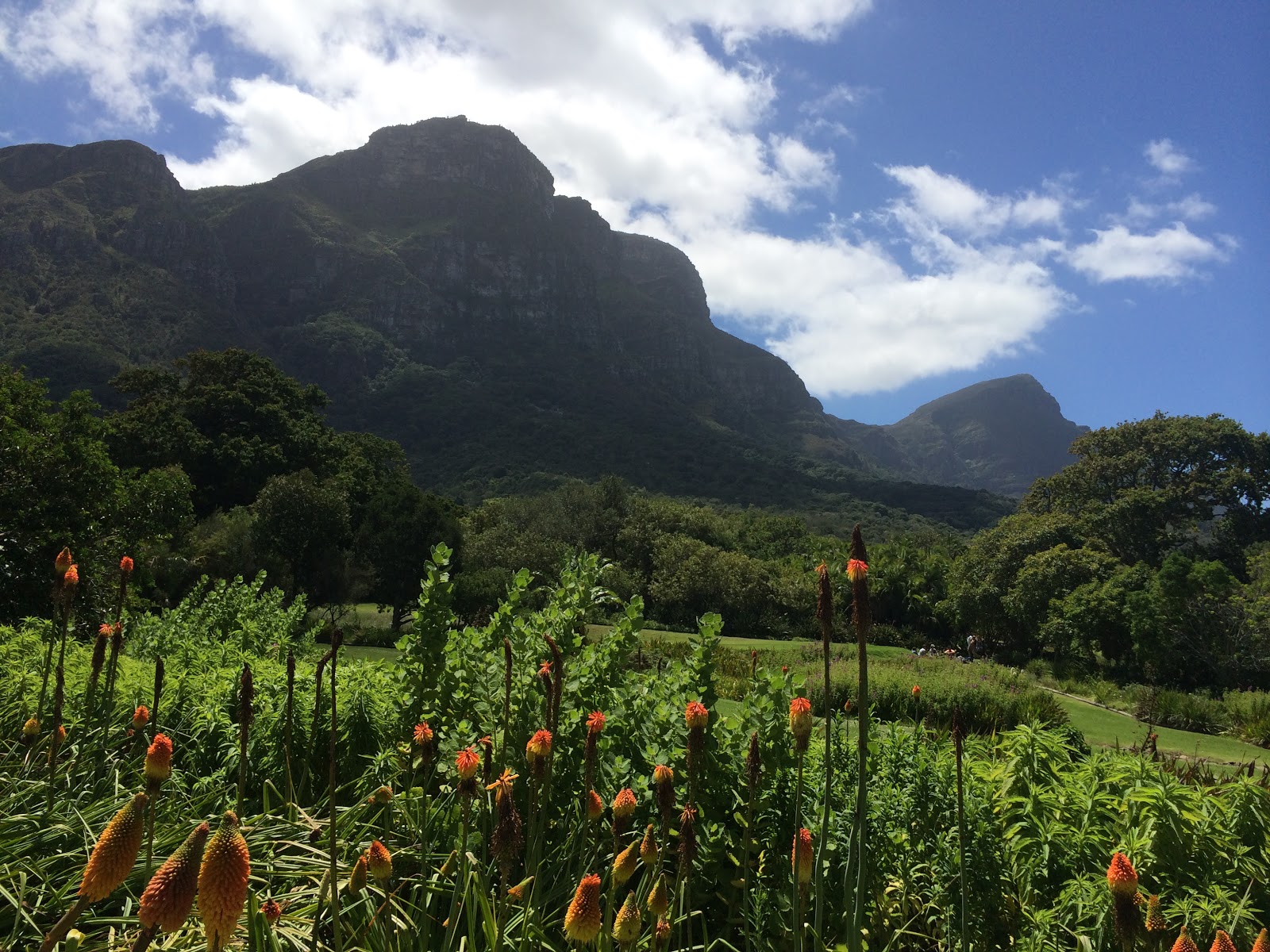 8am- Platteklip Gorge
It’s time to ascend the mountain. Take an Uber up Tafelberg road to the tram station and begin the hike up Platteklip Gorge (Free 99). While the hike it short, it is an asskicker, ascending 2,300 feet in only two miles. Allow two hours and bring a litre of water for each. Enjoy the hairpin switchbacks through the beautiful feinbos and say hello to the orange-breasted sunbirds and Cape skinks. At the top, a rewarding coffee awaits in the cafe as well as your ride down- The Table Mountain Aerial Cablewaytram takes only minutes (R 150.)

11am-Bay Harbour Market
A scenic drive on Victoria Road, part of the gorgeous Chapman Peak Drive, skirts you along the Atlantic shoreline to the little town in the valley of Hout Bay. Its solitude from city life has made it a hub for artist studios and galleries exhibiting contemporary African art. Its weekend Bay Harbour Market puts an emphasis on local handmade clothing, interior decor, and art, while sustaining visitors with food vendors serving some of the best brunches in the region. Order a pitcher of fresh, raspberry mojitos (R 350) to accompany your lunch.

1pm- Robben Island
The pale mint walls and barred window of Nelson Mandela’s 6’x6’ cell on Robben Islandare viewed every year by hundreds of thousands of tourists. The prison turned museum is a ferry ride away from the V Waterfront and takes visitors to the infamous island. Here, past inmates give tours of the corridors that isolated political opponents since the 17th century. The museum and tour give visitors the difficult narrative of the country’s past. Round trip ferry tickets and island tour are R340. Tip- ask your guide about the local penguin colony to see one of South Africa’s most unexpected birds.

5pm- High Tea
One of the country’s most cherished activities is afternoon tea. Relax after a big day and gain strength for the night over South Africa’s own rooibos tea (meaning red bush in Afrikaans) at The Lounge at Table Bayin the V Waterfront.

8pm- Dinner and Drinks and Dancing
Locals praise Harrington’sas the “vibiest” nightlife experience in town. The three part journey of dinner, cocktails, and dancing all take place in the glam-chic space the unpretentious bar hosts a diverse, open-minded, and often queer hip crowd sporting everything from suits and dresses to tees and flops. Groovy lounge music sparks revelry and fills the boutique dancefloor as the night parades onwards.

Late Night
If you’re blessed with good timing on your trip, Distotkah (R 80 cover) is Cape Town’s revered underground queer party that happens every few months. Their recent halloween party blew the city away with local DJs and an ambiance that refused to let down into morning. 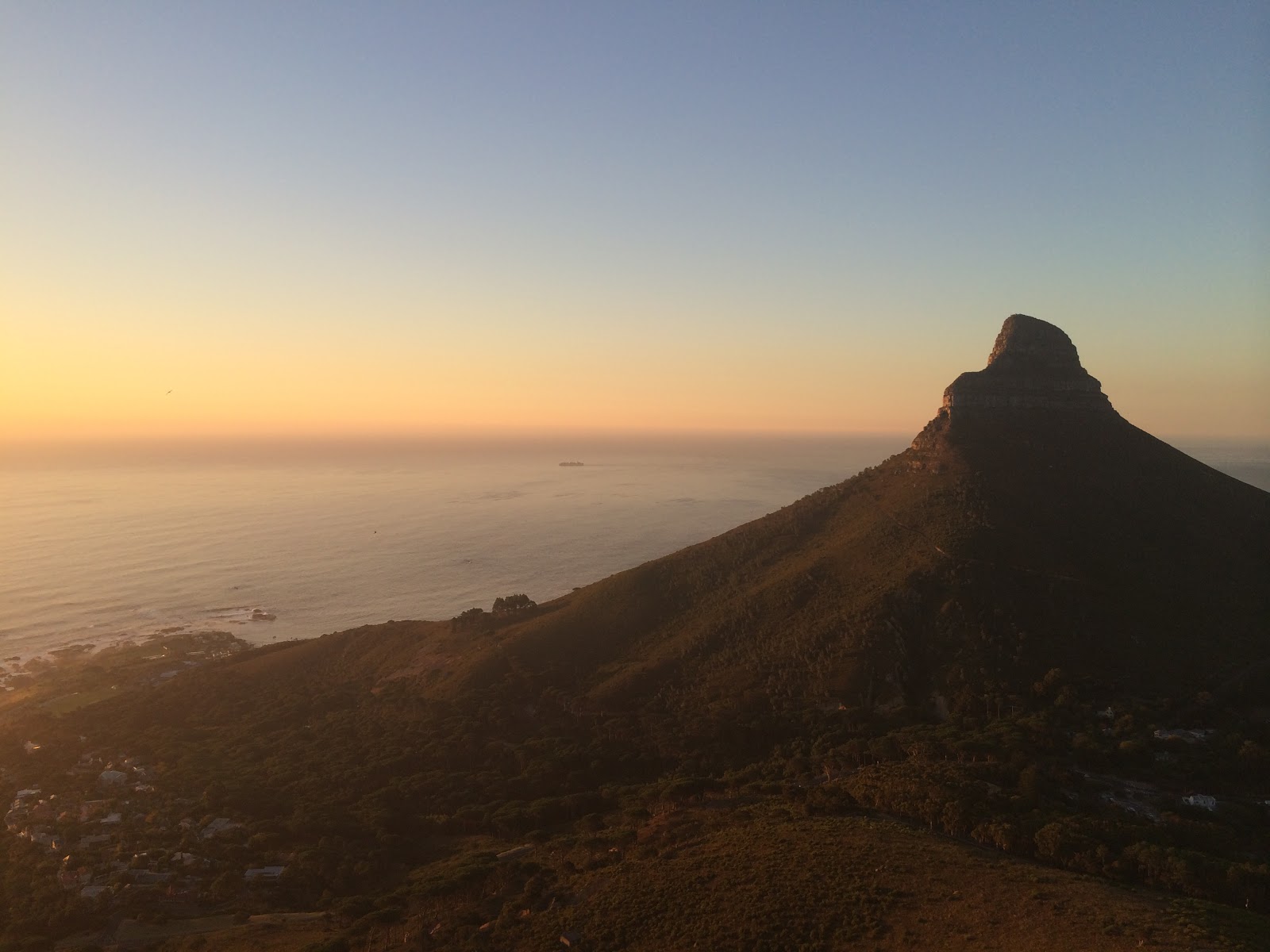 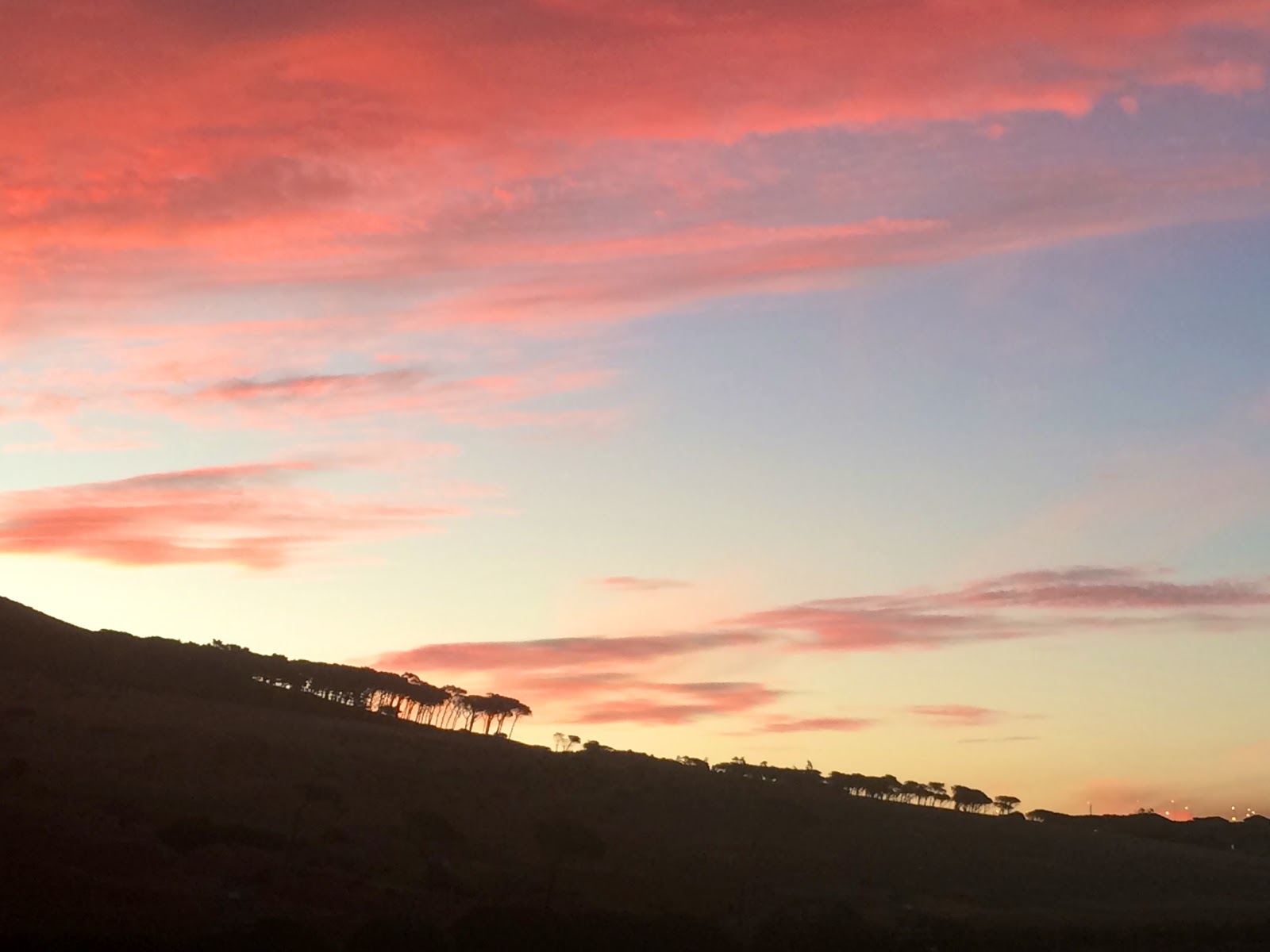 9am- Breakfast in Bo-Kaap
The homes in the historic Cape Malay neighborhood of Bo-Kaap are as bright as easter eggs. The neighborhood is a famous self guided walking tour and a positive exuberant way begin the day. You can’t miss Batavia Café, painted royal blue. Here Cape Town’s coffee culture shines and is paired with light to heavy breakfast options enjoyed on a quaint outdoor patio.

10am- ART
Just this past fall, the Zeitz Museum of Contemporary Art (MOCAA) opened premiering the largest collection of contemporary African (and its diaspora) art anywhere in the world. Internationally known artists like South Africa’s Marlene Dumas, Kenya’s Wangechi Mutu, and American Kehinde Wiley are among the any on display. Tickets are R 180.

12pm- Wine Tram
Along with its hopping food scene, the Cape region has long been known for its exquisite wines, especially its famous vineyards of Stellenbosch and Franschhoek. While the wines are stellar in both, the Franschhoek Wine Tramoffers the most convenient and unique way to taste the reds and whites via a hop-on-hop-off tour (R 195.) Six separate tours let you customize your lush needs, with each stopping at six or more historic vineyards where tastings, restaurants, and strolls await. Transportation is available from Cape Town (R 550.) 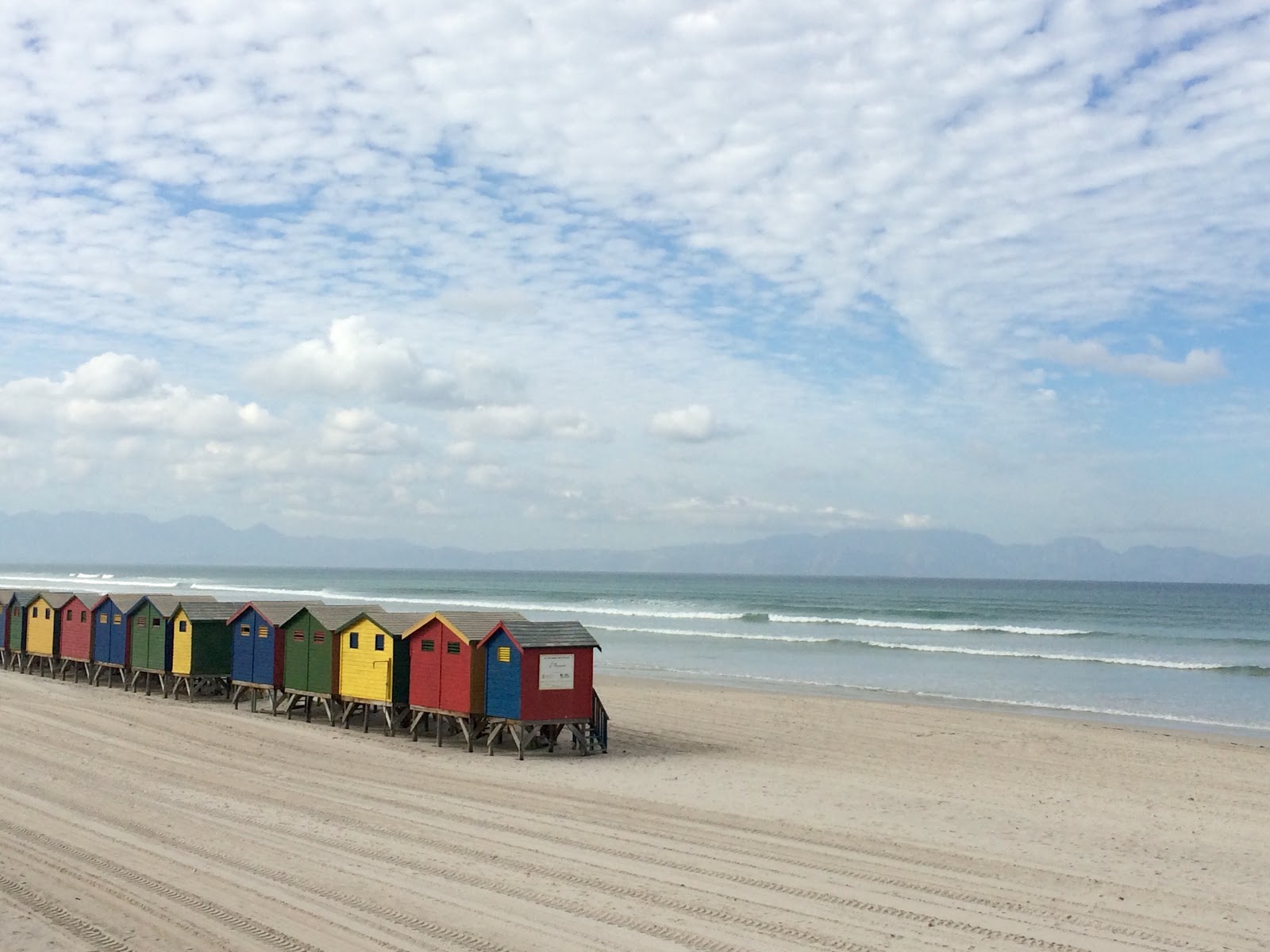 Fancy Pants Built above the Zeitz MOCAA museum in an old grain elevator, the Silo Hotel hosts 28 rooms in the buzzy V & A Waterfront. The bright colors of the eclectic decor pop in the spacious rooms overlooking the Atlantic and Table Mountain. The hotel’s bar is a popular date spot locals. Rooms from R12 000 and up.

Goldie Locks The number of daddies at the Grand Daddy Boutique Hotel certainly fluctuates, but its location on the city’s most social street, Long Street increases your chances of spotting one. The hotel has airstream trailers (converted into rooms on its roof) as well as traditional rooms. Rooms from R2945 and up.

Backpackers Once in Capetown shrugs of the stingy /grotesque stereotypes of a hostel and offers a trendy and social space for budget travelers. The hostel has its own cafe, Yours Truly, and is located in the hippest part of the city on Kloof Street. Beds from R235 and up. 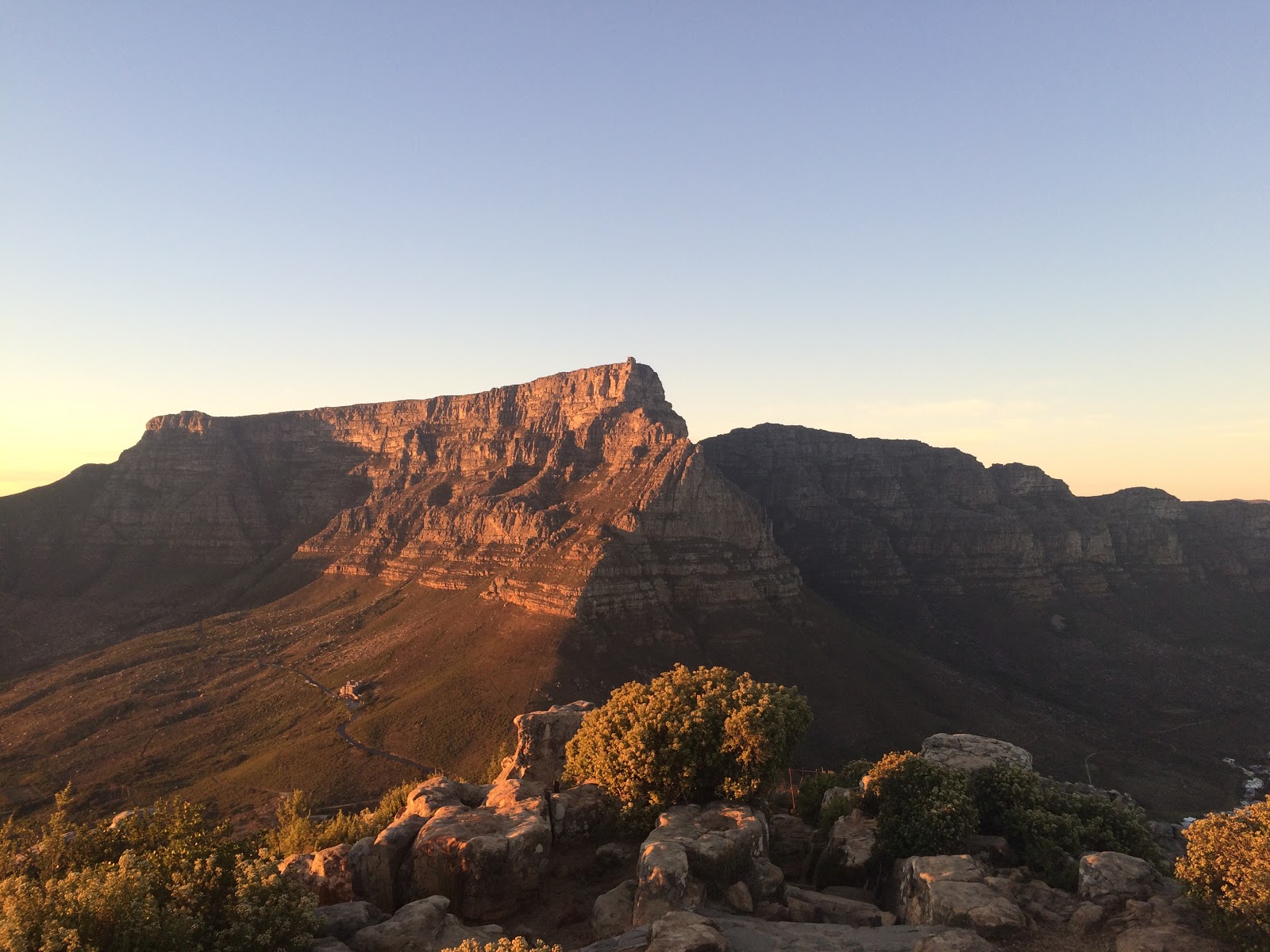 In Salta, Mummies, Mountains, and Melodies

Beyond Berghain: An Alternative Nightlife Guide to Berlin

Petroglyphs of the Green River

Watch Out Tucson, Here We Come!

Unique Utah Hotels to Drool Over

How Trip-Planning Apps Use Data to Keep LGBTQ Travelers Safe