As soon as my pal Charlie and I reach the tree line of Maine’s 5,267 foot Katahdin, we curse ourselves for forgetting the wig glue.

Today, the winds are fierce with gusts at 60 miles per hour and we are tackling the mountain’s most vertiginous route—The Knife Edge—1.1 miles of sharp edges and wild death drops. In places it is a svelte, 2-foot-wide catwalk covered in thick fluorescent lichen nearly a mile in the sky. It is the type of class 3-4 climb that requires at least three points of contact for safe scrambling— there is no generosity for hair holding and with the next gale, our wigs are snatched from our heads and we go bald as eagles as our updos take flight and plummet thousands of feet into the frigid waters of Nesowadnehunk Lake where sow moose chomp on slimy lily pads and red-eyed loons hunt for squigly leeches . We are left bare for the remainder of our 8-hour hike to embrace the nasty and frigid sanctions of exposure. 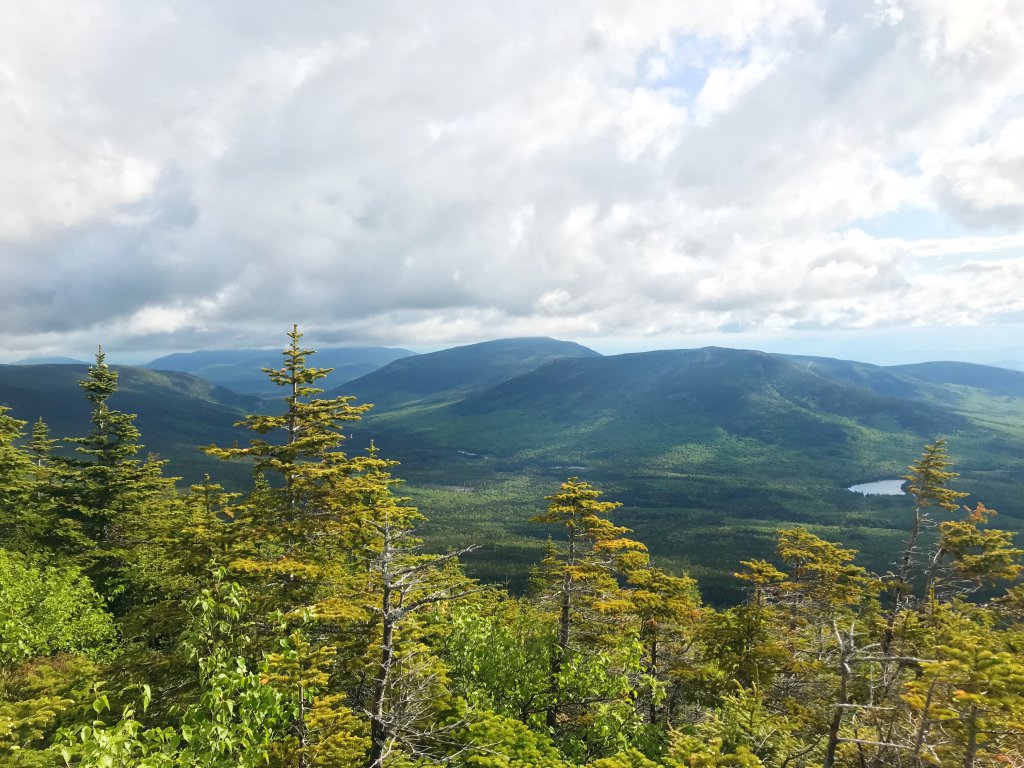 This isn’t the first time nor the last time I’ll have my wig snatched by an alpine squall.

For most of us, a wig snatch has been purely metaphorical. A moment of pure excitement, shock, and top tier creative entertainment so mind-blowing it has left our imaginary wigs on the floor on the other side of the living room, just over the neighboring state’s line, on the surface of Jupiter’s Ganymede, or when we’re truly shook—a few galaxies away in the multiverse getting a blowout by dark matter.

Snatches like these are the effect of our favorite live performances, underdog comebacks, stunning lines of poetry,  even guilty pleasures, like over-hearing the top brass tea from our shadiest confidant. To put it in an example of a drag cliche, let us think of Sasha Velour’s most iconic gag—the self-snatch rose petal reveal that left an entire live-studio audience hairless. 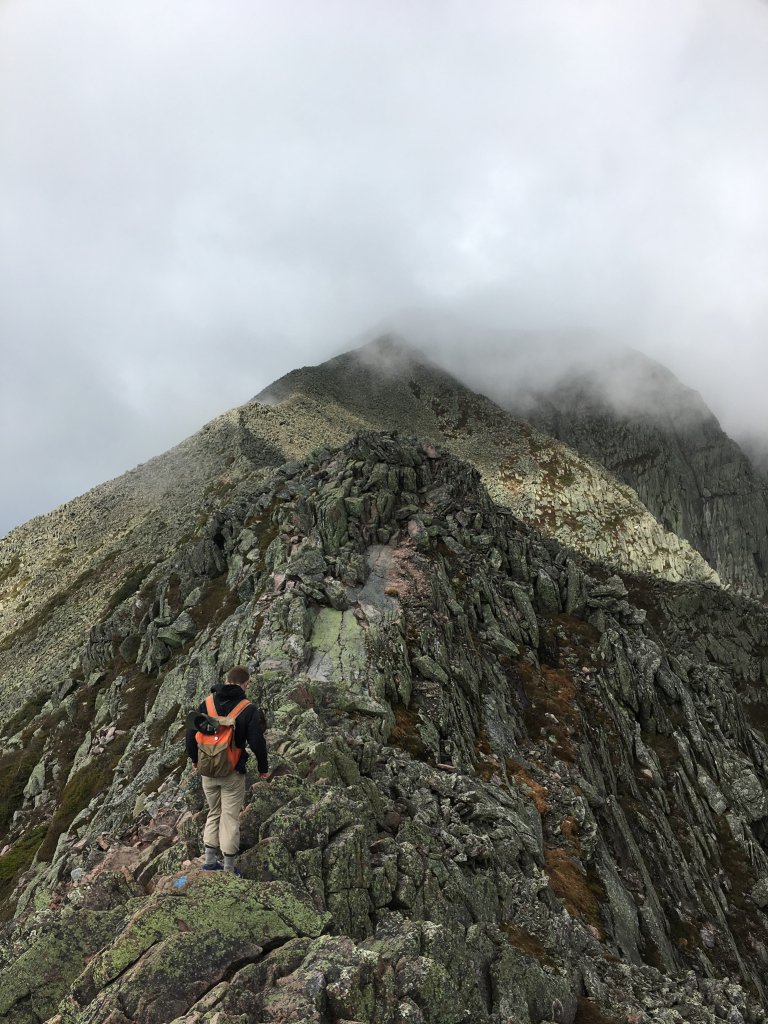 Then there is the second, more malicious snatch. The kind of snatch that physically plucks a wig from a wearer’s head. Examples from the viral canon: that cutthroat yank from The Ricki Lake Show and 2009’s freshly-crowned Miss Gay Brazil. This definition has spurred it’s own metaphorical interpretation—when the truth is revealed, when we are stripped of our facades and embellishments and our laundry is dried on our front lawns for all to see.

And although rare, sometimes both definitions happen simultaneously. Like when my friend Charlie and I found ourselves without a single hair follicle on Katahdin’s Knife Edge, not only from the snatching sub-arctic gusts, but from the gagworthy performance of the 400 million year old granite mountain, its glacial remnants, eskers, and sensational vistas.

Baxter State Park was given generously by Maine’s 53rd Governor, Percival Proctor Baxter, who in the time span of 31 years bought and preserved over 200,000 acres of land that surrounds what the Penobscot Indians deemed “the greatest mountain”—Katahdin.

The governor’s goal was to keep the Katahdin and all of it’s surround land  “forever left in the natural wild state.” He wrote upon the land and the importance of its preservation in a well-know decree—“Man is born to die. His works are short-lived. Buildings crumble, monuments decay, and wealth vanishes, but Katahdin in all it’s glory forever shall remain the mountain of the people of Maine.” 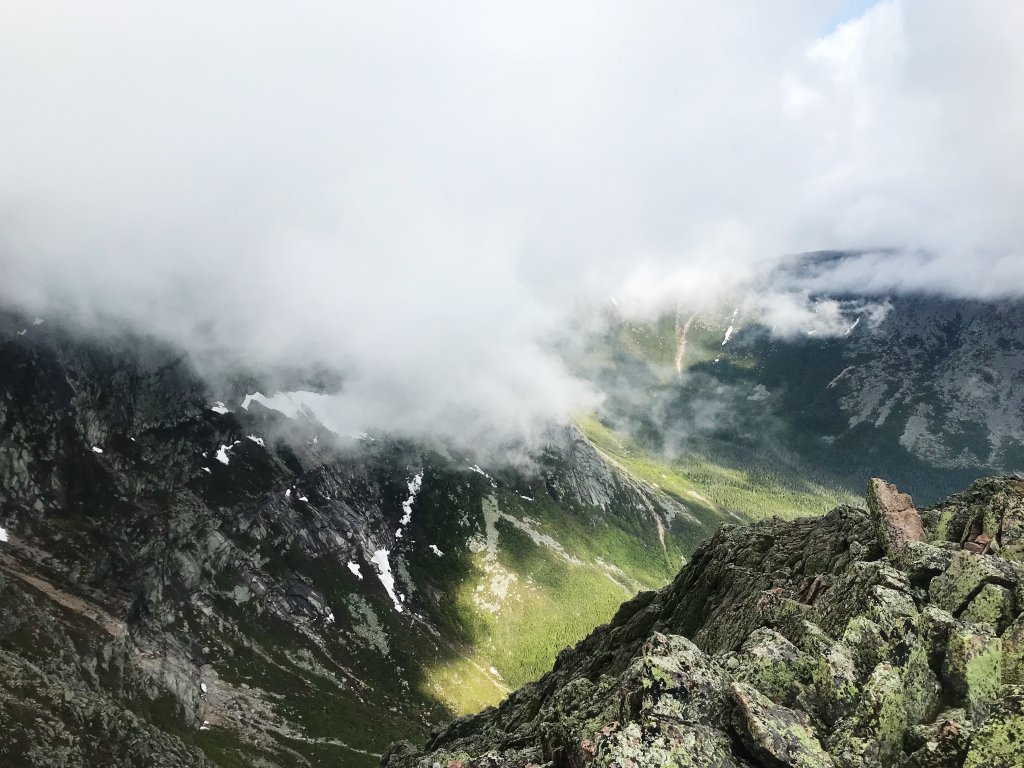 Enclosing the state park is even more wilderness. From the controversial and resplendent Katahdin Woods and Waters National Monument to the east to the Hundred Mile Wilderness and Debsconeag Lakes Wilderness in the south to the Allagash Wilderness Waterway to the northwest.

It’s no wonder the summit of Katahdin is the terminus of a northbound trek on the famous Appalachian Trail, the rearmost and northernmost peak of contemplation; a final challenge, a lofty reward, a generous parting view. Here is the best vista to obtain Baxter’s vision for his beloved park; the only visible human encroachments are bunkhouses at the base of the mountain by Chimney Pond and the moseying Tote Road, the main 46-mile dirt road that connects the park’s northern and southern gates. On a clear day, views across the about Canadian border into New Brunswick and Quebec.

To get to mountain’s base, Charlie and I did not walk all the way from Springer, Georgia the 2,200 trail thousands of Appalachian through-hikers take every year. Instead we took a common route many of the 50-75,000 yearly visitors of the state park drive; the tree-lined I-95 that passes through towns like Portland (where we found three rainbow flags on proud display), the state’s capital, Augusta, as well as Bangor (where we found one polychromatic flag—as well as an enormous, handsome Paul Bunyan statue) before cruising through the quaint town of Millinocket, the southern gateway to the park, and the final stop for services. 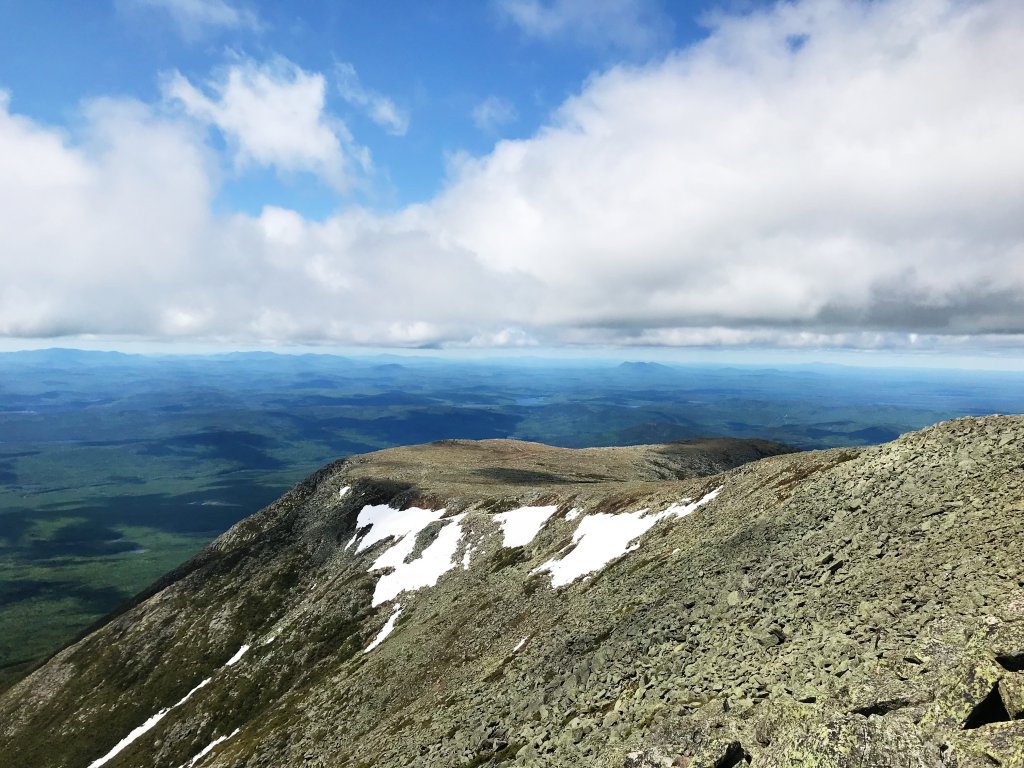 While my first thoughts of the state assumed a political redness as bright as the lobsters boiled alive in the state’s famous coastline restaurants, a small but proud queer contingent left their mark, like the state’s wildflower, the twinflower, bobbing beside election posters that claimed to be “Trump Strong”. Maine, I recently learned, was one of the first states to issue non-binary IDs.

Once in the park and past the $17 dollar gate fee, we wound ourselves on a forty-five minute drive through the stands of spruce and birch and balsam fir and sheets of mosquitos, and ticks—if you didn’t already know, the summer of 2018 is not the summer of fun, it is the summer of ticks and it is no laughing matter. We soon came to our lean-to where we set up our tent among the chainsaw like buzz of thousands of mosquitos in unison next to a roaring brook before a deluge of rain scattered the pests and sequestered us into our tent for a night’s rest before taking on the mountain early the following morning.

Henry David Thoreau made a famous attempt of Katahdin in 1846. Without cars to transport his party to the mountain’s base or established trail systems, the trek would have been a proper expedition of route finding, second guessing, and serious, tick-heavy bushwhacking.

After getting caught in thick fog and commanding winds, he and his party abandoned their summit ambitions but despite the unpleasant weather, the adventure and the lush landscapes captured Thoreau’s attention and tender heart and he wrote about them in The Maine Woods. 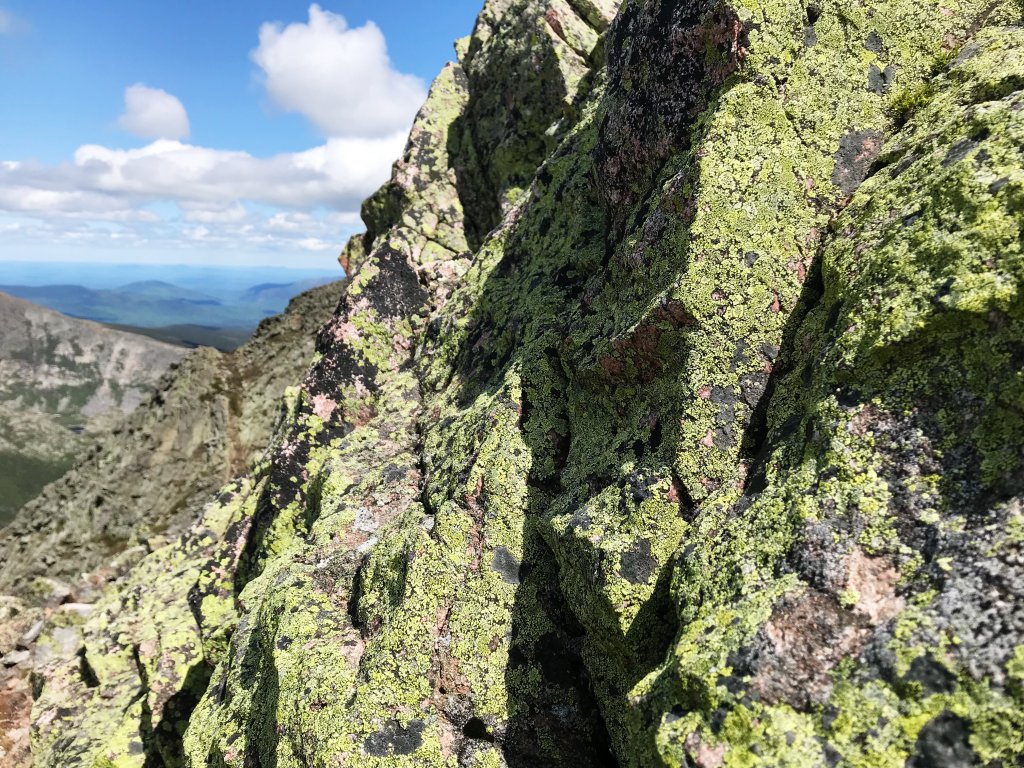 “Occasionally, as I came down, the wind would blow me a vista open, through which I could see the country eastward, boundless forests, and lakes, and streams, gleaming in the sun, some of them emptying into the East Branch,” the transcendentalist continued, “Now and then some small bird or the sparrow family would flit away before me, unable to command its course, like a fragment of the gray rock blown off by the wind.”

Although Charlie and I were harassed and targeted by the peak’s winds, we were still able to reach the peak’s crown and with a twenty minutes of gale-battered patience, the clouds soon cleared and vistas opened in all directions. We were two bald eagles scouting the surroundings, our wigs permanently snatched, our hands curled in frigidity and our faces and scalps crimson with windburn. 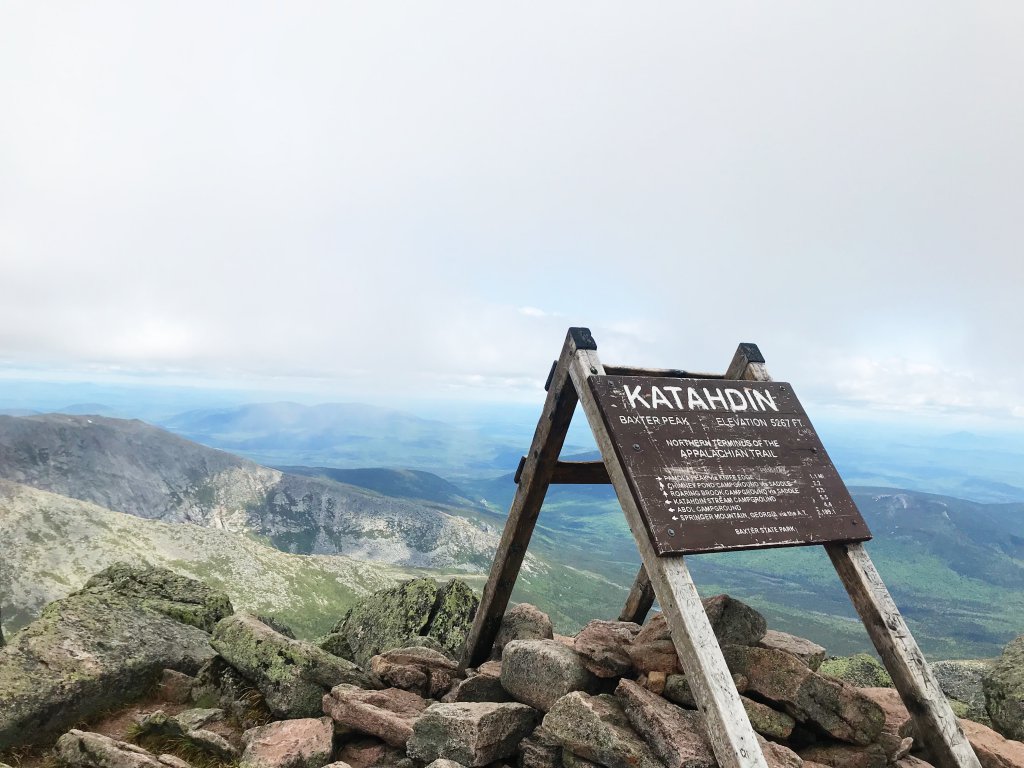 “The tops of mountains are among the unfinished parts of the globe,” Thoreau wrote in The Maine Woods, “whether it is a slight insult to the gods to climb and pry into their secrets, and try their effect on our humanity. Only daring and insolent men, perchance, go there.”

I do not agree that mountain tops are unfinished places. They are complete, barren but brave. They are adorned on their scalps by crumbling geology and by the resiliency of willful lichen. They have been stripped of growth but provide us godsend and much needed doses of diffidence. They are proof that there is no fiercer wig snatcher than queen mother nature, herself.