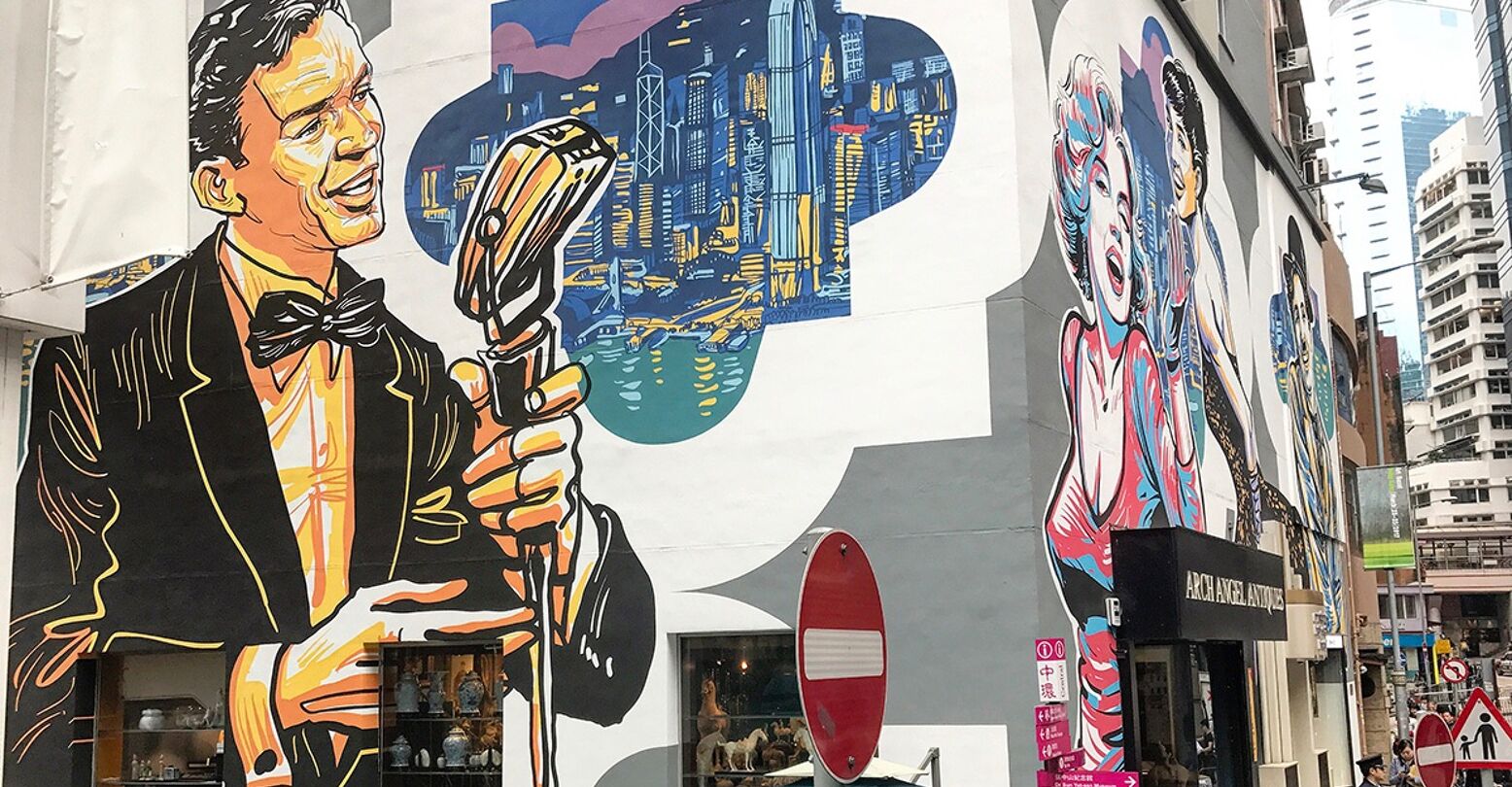 Kwong Fuk Ancestral Hall, a small red building occupying a street corner where family members go to honor their dead relatives was just the place. The incense burns strong, as there are hundreds of incense coils hanging from the ceiling. There is no fee to enter but remember not to take photographs of the images of the deceased in the back room – we’ve all seen those scary Asian films where spirits and souls are sucked into photographs and wellbetter to just skip the photos.

Since I was feeling the mood, I wandered down the street to the Man Mo Temple, a tourist hot spot, and another incense filled structure, but unlike Kwong Fuk, this is a place where people come to pray, worship and ask for assistance. All the way in the back, there is a statue of a hand holding a penmake sure to rub the pen for luck in writing, education, work, or anything that could be associated with a pen and paper. The pen is frequently visited by parents wishing their kids luck on their college entrance exams. I spent some time carefully rubbing that pen for some writing inspiration.

Being Cuban, I’m a fan of fresh sugarcane juice and when I got an insider tip of a tiny corner shop, which isn’t impressive at first glance, that has been making a killing for generations, selling the sweet water, I had to find it. Kung Lee, is so in demand that Uber Eats is constantly stopping by to pick up deliveries throughout the day.

They also sell sugar cane pudding which looks more like Jell-O, and isn’t as sweet as the juice, but fun to eat.

Since I was on a sweet kick, I also stopped by Tai Cheong Bakery for the famous egg tarts – messy to eat if you have a beard like mine, but totally worth it. A bit of my tart may have plopped onto the concrete below as I was attacking it with my mouth, but in the end, after that old weight scale, the fewer bites I ate, the better.

Once I had conquered the highlights of the old parts of my targeted neighborhood exploration, it was time to see what made this place so cool.

Hollywood Road, where most everything is centered, was the second road to be built when the colony of Hong Kong was founded. It’s a great place to stroll, especially if in the market for boutique retail therapy mixed with all sorts of happy hour spots in the early evening.

And speaking of happy hour, I stopped by T:ME, a lonely gay bar that’s located on Hollywood Road, to see if anything was going on. I ended up at a locked door, which led me to discover their later opening hours. When I returned later that evening, I wasn’t overly impressed.

The great thing about Hong Kong is that everyone just kind of co-exists, although it’s nice to know there are a handful of queer spaces (all near-ish to this bar) to run to…if needed.

After all this discovering and exploring, it was time to quench my thirst, and Craftissimo, a beer shop that has tons of different beers, including local Hong Kong craft beers, was just the place. The place had wooden stools out back in the alley where a bunch of dudes were just hanging, drinking beers – it was perfect. Nearby, also with some back alley action is teakha, a place for tea, baked goods and conversation – a great escape from the busy streets, and a good place to recharge.

Also nearby where a couple hot spots that I found, Reserva Iberica, a ham shop from Barcelona, randomly placed in Old Town Central, offering premium ham products worthy of any Spanish table setting and La Cabane, a cute wine bistro and cellar. It’s places like these that make the area so special.

I felt like I had done my fair share of eating while visiting Old Town Central, so it was time to realize how poor I actually was, by shopping. Hong Kong is kind of expensive, and it only takes one purchase to help anyone realize that.

There were a couple cute shops, Soul Art Shop and InBetween Shop that were filled with a bunch of randomness which were worth a peek inside. But it was PQM, this really intensely creative space that captured my attention.

The building once was the first school providing Western education at the upper primary and secondary levels to Chinese students, and in 1951 it became the Hollywood Road Police Married Quarters, encouraging young men to join the police force, in a time when recruits were low. Later, in 2009, the site was listed as a conservation site as architecturally, it represents the typical modern style commonly found in the post-Second World War period.

Today, it’s PQM, a hub for design and creative industries, and the once residential units are now design studios, shops and offices for creative enterprises and lodging for visiting designers. I spent hours wandering through PQM and dare I say, nibbling away at small bites at times from some of the food stalls.

During this particular portion of my trip through China, I actually opted to stay with a friend who lives off of Hollywood Road, as I really wanted to have an immersive experience.

I did however spend a lot of time hanging at some of the best hotels for some much deserved spa time, the Four Seasons Hong Kong being the one I would repeat in a heartbeat if only I hadn’t spent so much of my Hong Kong Dollars on all the delicious food especially the sweets.

Hong Kong might be one of the most vibrant cities in the world. It’s full of skyscrapers, luxury hotels, some of the best restaurants in the world, over the top designer shopping and of course, people.

With any large metropolis, after time, new construction and inhabitants bring about change. But there is still one part of Hong Kong that is clinging on to its past while also playing host to a new breed of hipsters: Old Town Central.

OTC really isn’t a district at all, but more of an area with imaginary borders that lays in the heart of central Hong Kong. I opted to start my time there by visiting the older, more historic sites, starting with theWestern Market, which was easy to find due to it’s unique architecture that kind of stands out among the skyscrapers.

The once blue Queen Anne Revival style four-story building is in, is now a bright red that helps set it apart from the surrounding tall structures. The building is one of the oldest structures in the areas and is the oldest surviving market building in the city.

There are a few retails shops in the modernized inside, but the one oddity inside that’s fun to see (if you dare), is the old weight scale that takes a coin and then prints your weight on a piece of paper. I decided to try it out and can report that it’s completely inaccurately offensive. Apparently these weight machines were once everywhere and they are a great way to remind you to put down the egg tarts.

Afterwards, it was time to get a little spiritual. 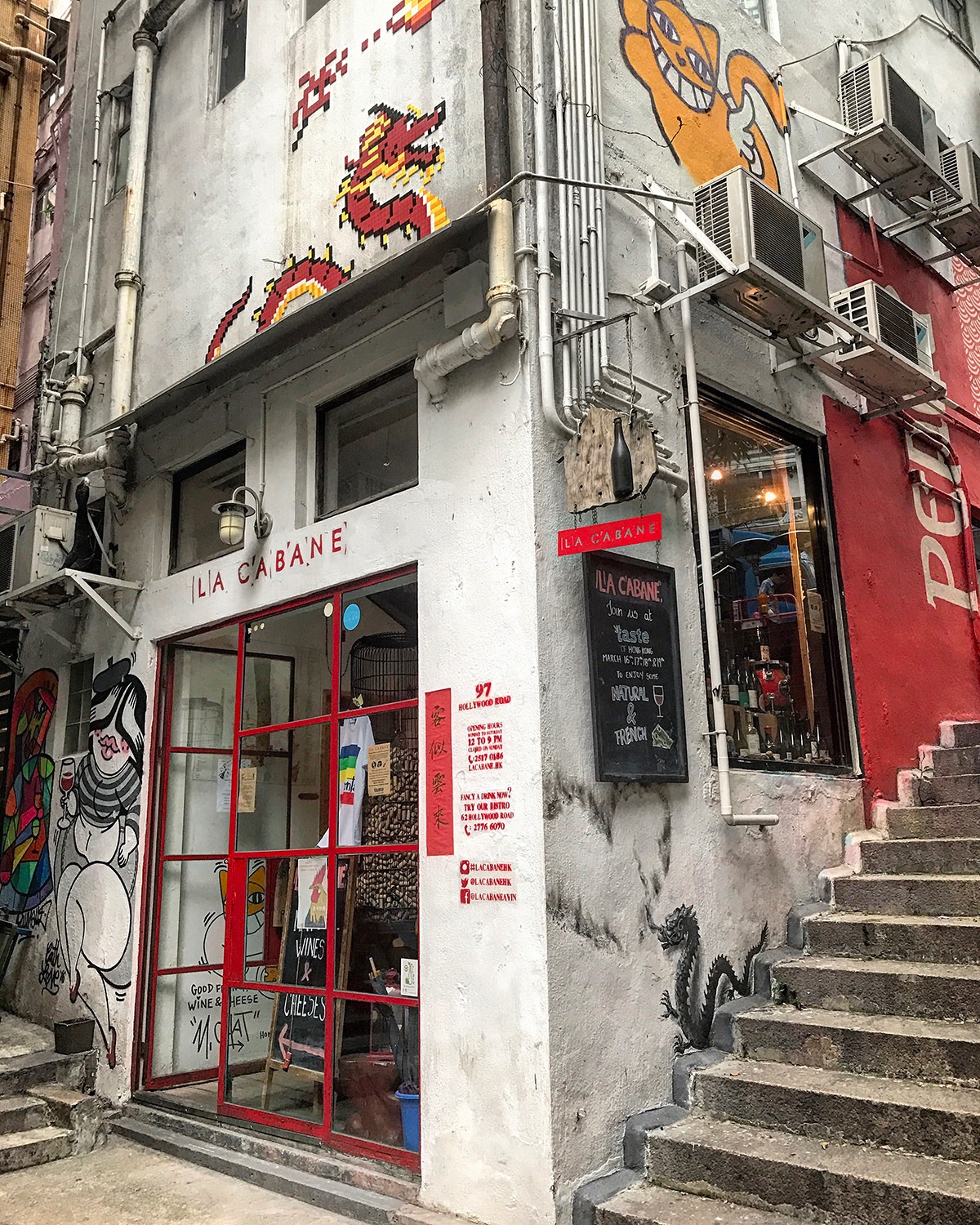