We woke up in Phoenix and decided that we needed an adventure, a day trip, something we could easily do without much planning. So we searched online for nearby towns to visit and came across Jerome, a former mining town…turned ghost town…turned tourist town. The drive to Jerome took about two hours, and the last part of the drive involved winding roads up through the mountains, which we didn’t realize while putting on our shorts and tank tops for the day. It was over 100 degrees in Phoenix, but with the elevation gain, Jerome was closer to 75 degrees, and on that particular day, we happened to encounter scattered thunderstorms, which made the drive a bit unpleasant and the weather, at times, a lot colder.

As we arrived to the very small town, it was clear that this ghost town was not at all a ghost town, but instead it was a tourist trap. For folks driving through the state or visiting Sedona, it’s a great little stop, but since we were solely coming for Jerome, we didn’t find too much that called to us. We grabbed a bite at The Haunted Hamburger. There were no paranormal activities during our lunch, but the burgers were pretty amazing. I had the Haunted Burger, which didn’t come with a side of ghouls or anything, instead it came with green chiles and guacamole…and a missed opportunity to use ghost peppers. 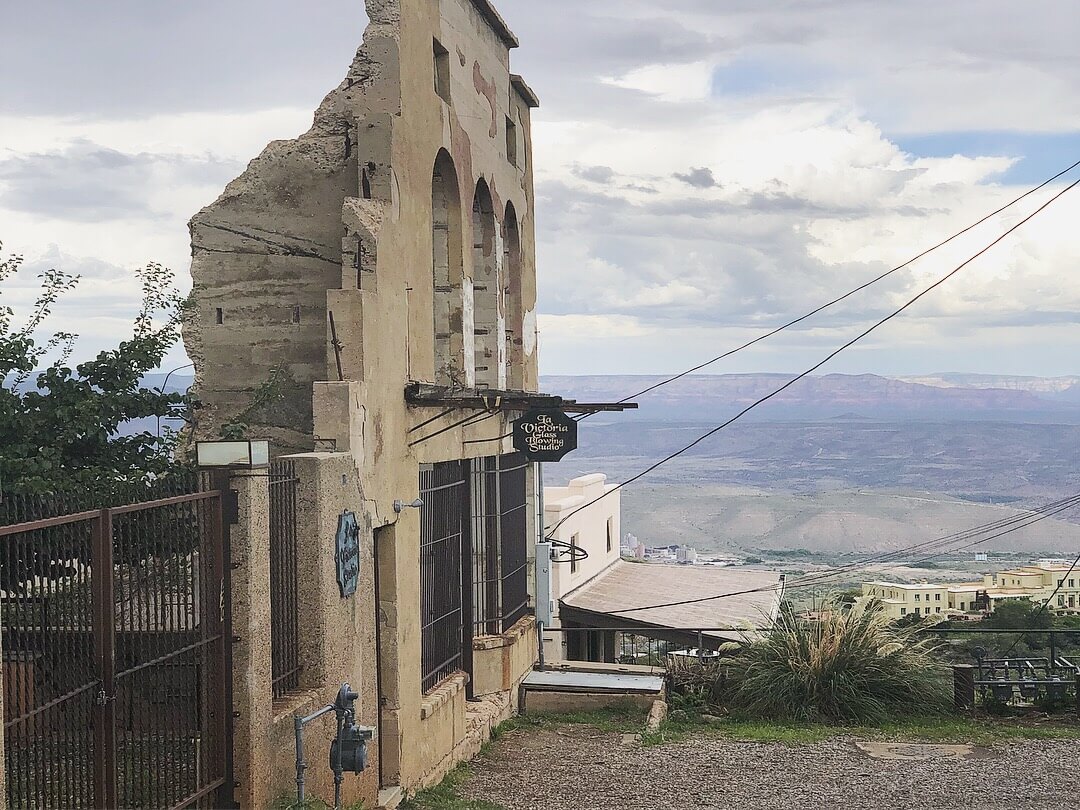 We spent about an hour or so just walking around, poking our heads in some of the local art boutiques, spending the majority of our time in a candy shop and later an ice cream store. It was hard to imagine what Jerome looked like in the late 1800’s when it was booming (literally, as the miners were blasting for copper, silver and gold). The mines in Jerome closed in 1953, and the population went from a peak of 15,000 in the 1920s to a low of 50 people. During the 60s and 70s, Jerome offered a haven for artists. Today, Jerome is very much alive (including the non-alive ghosts) with writers, artists, artisans, musicians, historians and families.

The road to Jerome led us through parts of the Prescott National Forest, which is what truly made the day worth it, as the lush green and fresh mountain air was a much needed break from the blistering stagnant heat of the desert. The day was a beautiful reminder that the state of Arizona was filled with an abundance of nature and microclimates. On the drive back to Phoenix, we decided to detour (since our day in Jerome concluded a lot more quickly than anticipated) to Prescott, another historic city in Central Arizona, although we never made it to the town because on the way there, we once again detoured when we saw a sign for Watson Lake. At the time, we didn’t know anything about the lake, but it seemed like a fun idea. With dark clouds looming over us, we thought our visit to the lake would be a quick photo opportunity before jumping back in the car, but when we arrived, the clouds halted their movement, giving us a small window of time to explore the lake. 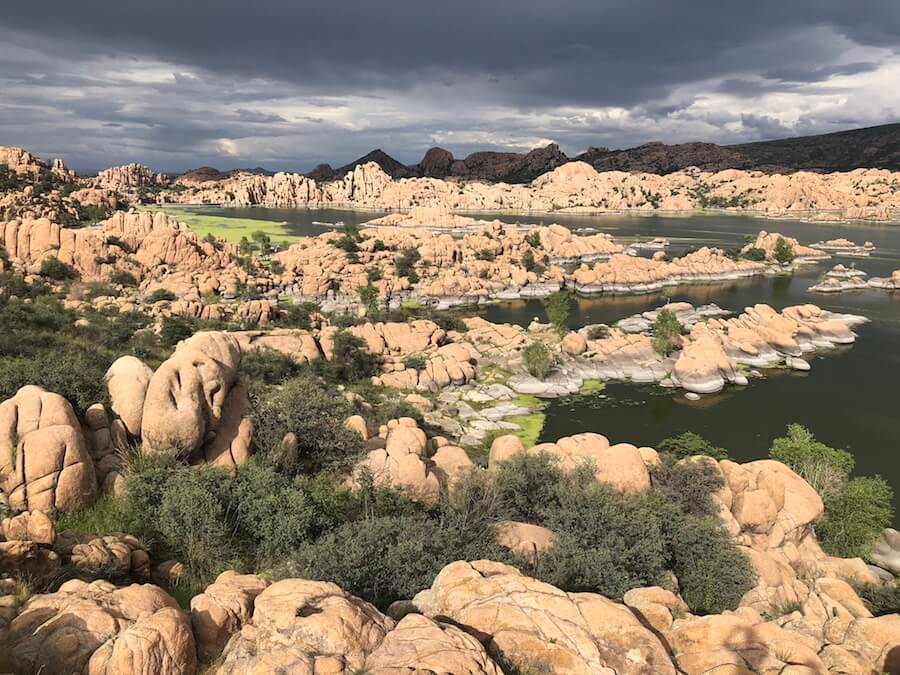 Watson Lake is located 4 miles from the city of Prescott – it’s a stunning bright blue lake surrounded by granite boulders and hiking trails. I only know the lake as bright blue from the description on the city’s official website, because for us, the waters were almost a dark grey, with loads of bright green algae, surrounded by these massive granite boulders that almost had a red tint to them. The visuals that day left us both with our jaws on the ground. It was hard not to gasp at the beauty we were witnessing…it was quite magical. This lake, in that moment, had made the day of driving totally worth it. Once the rain drops began to fall, we knew our time at the lake was over, so we proceeded back towards Phoenix, where the temperature quickly shifted and the air conditioner became a necessity.

We may have started our random day adventure with hopes of a ghost town, but we were somehow led to this incredible piece of art in the form of a lake. We checked Jerome off the Arizona bucket list (didn’t hate it or love it, but glad we saw it) and realized that the national forest and its surroundings were more appealing to us for future day jaunts. Phoenix has a lot to offer, but the state does as well. It’s not all heat and desert out there…