For the past three years, I’ve been going to Buenos Aires for the GNetwork 360 Conference, an annual international conference about LGBTQ tourism and business, centered on Latin American countries. It’s the one time of year where I look forward to returning to one of my favorite South American cities to see my conference friends as well as indulge in unbelievable wine, beef and well: men.

There’s something rather irresistible about an Argentine accent and it doesn’t help that there is an abundance of attractive men that swarm the city. But besides the obvious, Buenos Aires is one, if not the most, welcoming cities on the South American continent.

On my flight over, after arriving to my connecting gate, my jaw hit the floor.

There, scattered around the waiting area was Argentina’s field hockey team, fresh off their victory. All I could do was pray that one of them would be sitting next to me for the next 10 hours, but alas, after boarding, the team of 25 or so, walked right past me, all the way to the back of the plane.

It wasn’t my ideal situation, as my seatmate ended up being the complete opposite of what I had hoped for, but at least the eye candy was a delicious way to start the journey.

“Amor.” Plain and simple, that’s Argentina’s new marketing initiative towards LGBTQ travelers and tourism. In short, it easily sums up what the country is all about, especially the city of Buenos Aires.

Buenos Aires has always been at the forefront of change and acceptance; a quick Google search of their yearly pride celebrations will quickly prove that, as it is one of the largest and most festive celebrations in the region, if not the world.

There’s a lot to see and do in the city, and if you only go for the empanadas alone, you will have already won at life, as they are irresistibly good, and determining your favorite empanada spot will be a challenge worth accepting.

Due to the current economic situation that is taking place in Argentina, for visitors, especially those coming from the U.S. or Europe, the exchange rate is rather favorable, although it fluctuates daily, and it’s also worth noting that Argentinian pesos should never be taken outside of the country, and they are very difficult to exchange.

One of my favorite things to do in the city, since I’m typically there only a few days, is the Argentine Experience. It’s this really great interactive dinner where you get to socialize a bit with other diners and learn about the culture, food and drinks. 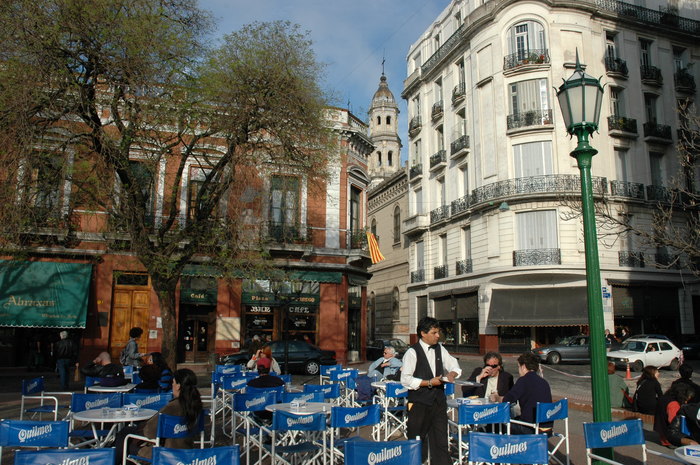 There’s something pretty wonderful about helping make your own meal and then enjoying it with great company and free-flowing wine. There’s even a competition that I always keep a secret, as to give myself a mini-advantage. During my most recent visit, we took over the place with a gaggle of gays and although I didn’t win, the whole night was definitely a win as it was the best part of my trip.

But after making my own food, I like to spoil myself a bit, and there’s no better place to do that than at La Bourgogne at the Alvear Palace Hotel. It is a must for fine dining as it is the best French cuisine in the city and if you don’t get the tasting menu with expert wine pairings; you are doing yourself a disservice.

The restaurant has been modernized with a more approachable atmosphere but still has that classic fine dining service at a fraction of the price (remember the exchange rates are in your favor).

Time To Go Out

When it comes to nightlife, Buenos Aires doesn’t mess around. Don’t expect anyone at the clubs before midnight, and really, the crowd truly picks up closer to 2am.

There are a lot of gay bars one can go to, and the best way to find which one is the one to be at is simply by asking locals or jumping online, as the crowds are typically flocking from one to the other. Some of these clubs offer an all you can drink shit show experience where you will find bars full of cheap vodka and mixers already poured in plastic cups, ready for anyone to grab.

By the end of the night, your clothes will be ruined and mud-stained, but to each their own. I’ve spent many nights in these bars, but with the years, I’ve kind of tried my hardest to avoid them.

For something a bit less adolescent, the city’s best clubs have gay parties and gay nights where the entertainment is usually pretty great, and the crowds are a better representation of diversity. NicetoClub in Palermo hosts Club 69 and this theatrical night is one of the best nights to go out.

From circus to Arabian nights, the themes are spectacular and the performance art and show alone are worth the entrance fee.

When I have an extra night or two in the city, I always plan ahead and book this truly unique visit to one of the most exclusive experiences in the country.

Just a quick drive outside of the city limit is a river delta, and an area known as Tigre. The microclimate here is unlike anywhere else in the world, which has resulted in an array of botanical gardens on a private island, Isla El Descanso. 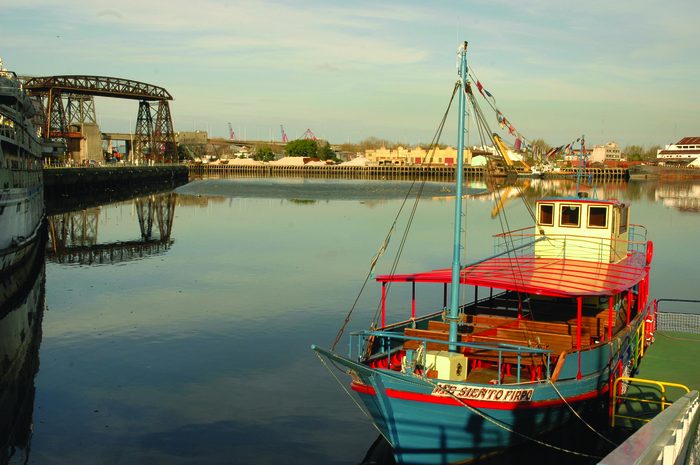 Via private bookings, guests can be shuttled by boat to the island where they can spend the day exploring the gardens as well as one of the largest private collections of significant sculptures within the gardens.

Guests can also arrange for breakfasts, teas or even a private lunch by the pool. The island is really meant as a getaway, a place to rest for the day and be at one with nature and art.

Several high profile celebrities, including Madonna, have frequented it. With that being said, the island can also accommodate for private helicopter landings.

Each time I visit, I spend most of the time having my photos taken on the bench where Madge once sat, overlooking the river, imagining what she must have been thinking of while doing so. It should be noted that it’s gay owned and operated.

I’ve kind of become an Alvear Hotels snob when it comes to Buenos Aires, although there are some really great hotels in the city, I tend to find my way at their properties.

The Alvear Palace is classic white glove property and will not disappoint. The butler service they provide is one of the best, as most of the butlers have attended the Louis Vuitton course on luggage packing, making them extra valuable when it’s time to pack up all your extra shopping. 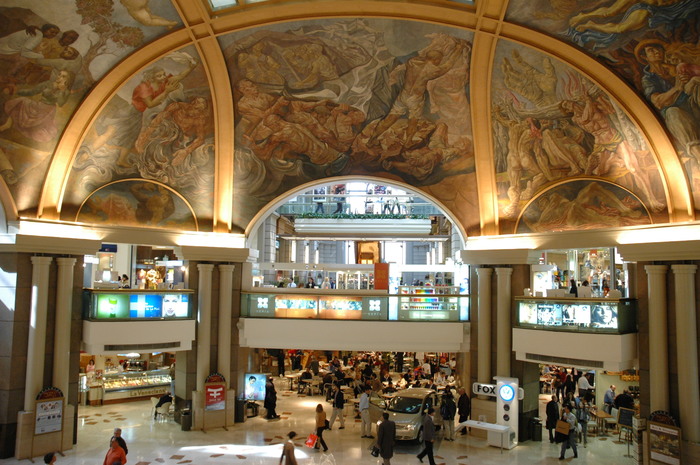 For a more modern twist, still with the white glove service sans the gloves, the Alvear Art is the hip younger sister property of the palace and has one of the coolest enclosed rooftop pools in the city. The lobby bar serves some superb craft cocktails and the rooms are up to date and super tech friendly.

Over in a different part of town, which is quickly becoming the place to be, Puerto Madero is home to more artsy lux properties and is home to the newly opened Alvear Icon, a combo of hotel and residences, and is where I stayed during my most recent stay.

My Luxury Suite was impressive, with an oversized bathroom covered in marble and closet space for days. But what makes this new hotel so special are the views – there’s something to be said about viewing a city from above.