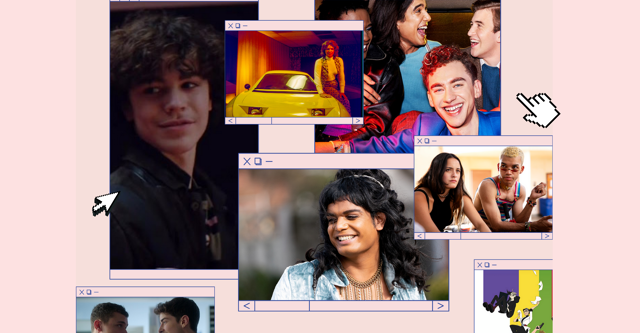 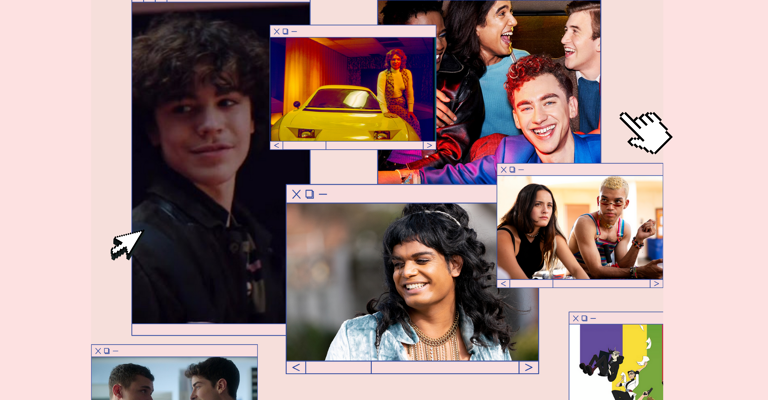 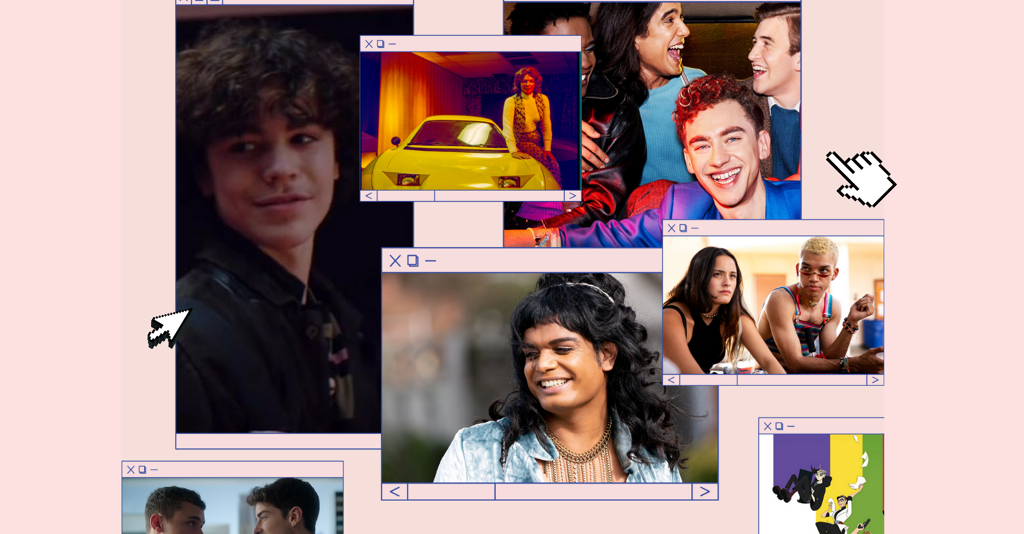 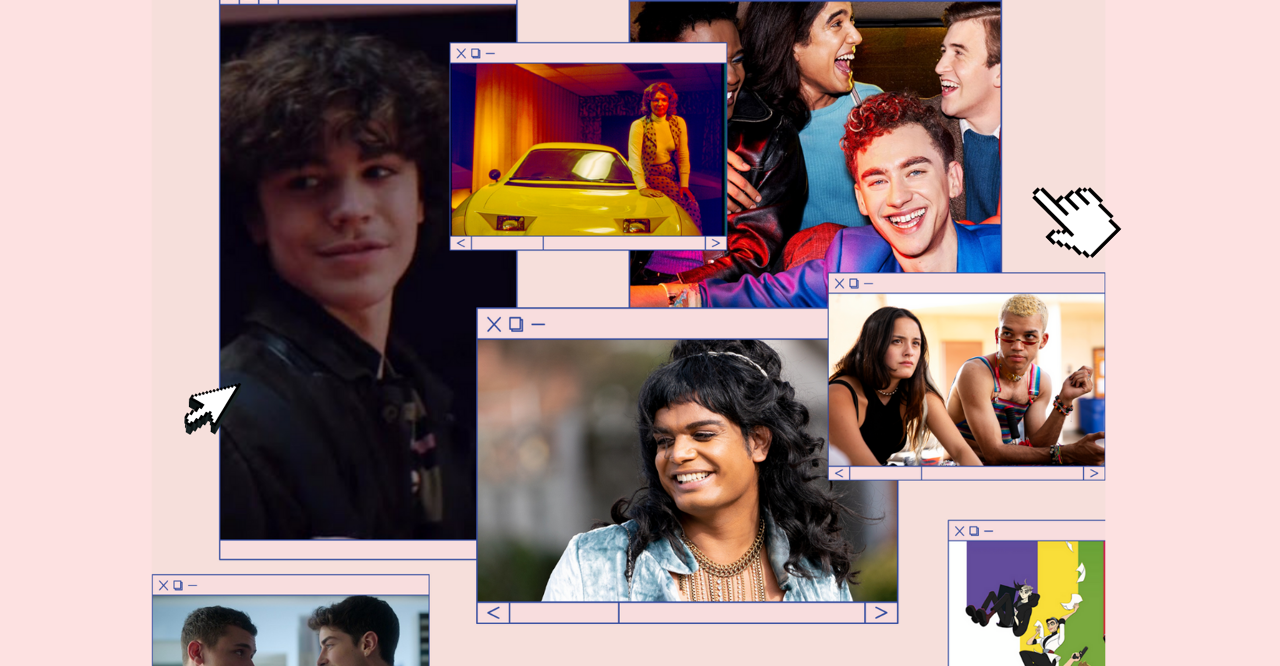 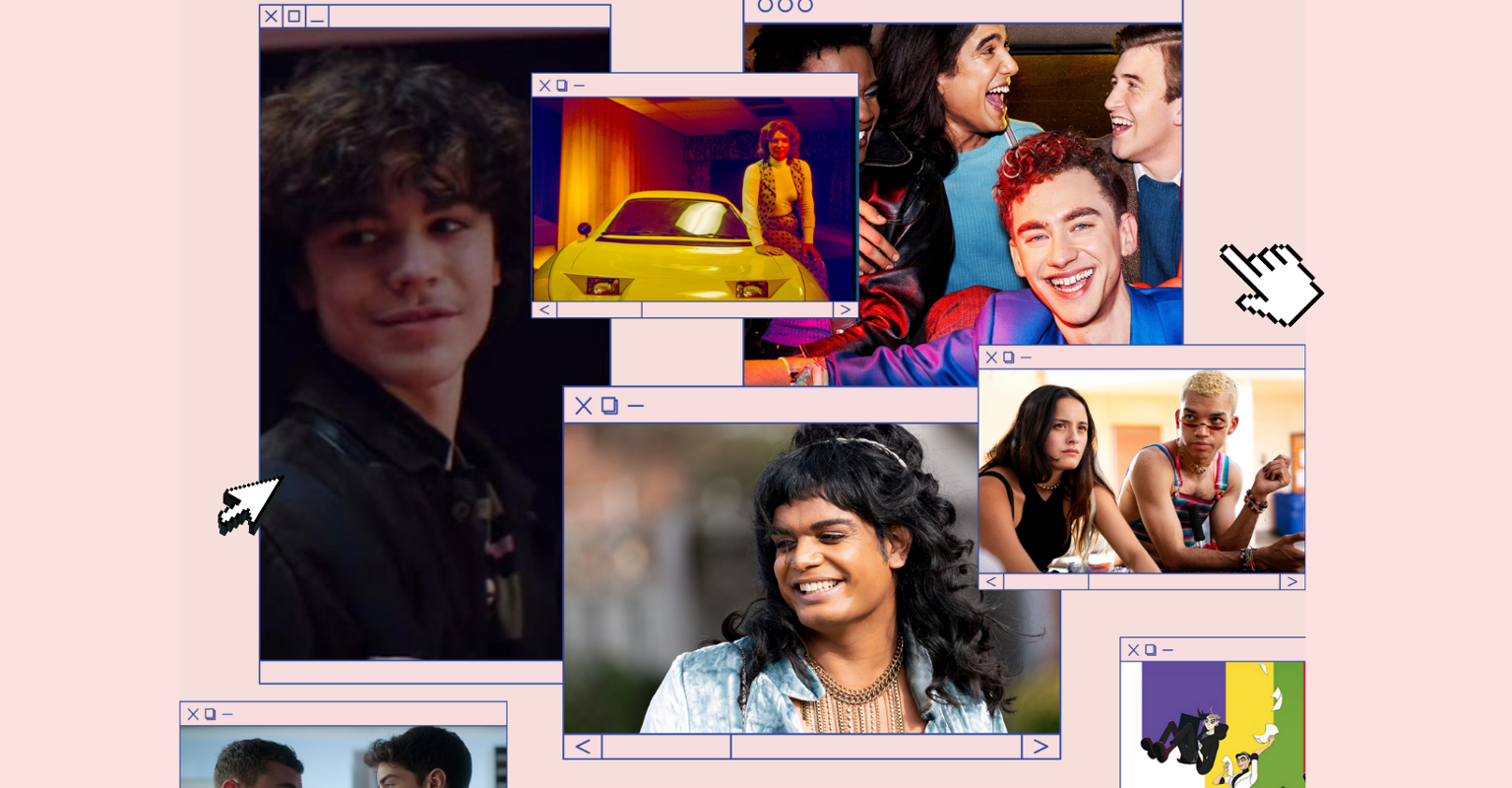 Looking back on all of the queer TV at the end of each year provides a great opportunity to consider how far representation has come. It seems not that long ago all I had to look forward to was Jack in Dawson’s Creek and the rare split-second kiss. There’s always room for LGBTQ characters to improve, but then, there’s always another year of TV on the horizon. With that in mind, let’s take a look at how this year stacked up by going through the new (and newish) queer TV shows of 2021.

It’s a Sin premiered early in the year, offering a harrowing and heartfelt account of the HIV/AIDS crisis through the eyes of a group of gay London friends in the 80s and early 90s. Created by Russell T. Davies (of the original Queer As Folk), the show broke viewing records on Channel 4 and was noted for its spirit of optimism in the face of tragedy. The limited series is available for streaming on HBOMax.

Although a good number of Pride events were canceled the past two years, being stuck at home made for the perfect excuse to celebrate by looking back on the history of the movement. The six-part docuseries Pride offers a primer on the struggle for LGBT rights in America. Each episode is helmed by a different director and spans an entire decade of history, from the 50s to the 2000s. You can catch the series streaming on FX for Hulu.

Genera+ion had ambitious aspirations: to capture the particular queer experience of GenZ teens, complete with all of the confusion, crises, and comedy a half hour of TV could provide. Like its teen cast, the show was in the process of finding itself when HBO pulled the plug after its first season. All the same, you can stream this queer high school dramedy on HBOMax.

The Lady and the Dale

The Lady and the Dale is a docuseries about the life of trans entrepreneur Elizabeth Carmichael and her attempts to create a three-wheeled, fuel-efficient car (“the Dale”) during the 1970s energy crisis. Her ensuing fame earned her no small amount of scrutiny from reporters and the FBI, particularly for her past and transgender identity. This lesser known slice of trans history is available to watch on HBOMax.

Sort Of is a Canadian series that follows a gender-fluid Pakistani immigrant staking out a living in the city between part-time jobs as a bartender and as a nanny. It’s an all-too relatable experience many of us in this gig economy hellscape have, and in this show, we see it through the eyes of a character not commonly portrayed onscreen. Stream the first season of Sort Of on HBOMax.

The old Gossip Girl gave us a barely-there gay brother in the first season and rewrote several of the main characters as straight (Dan and Chuck were both bi/bicurious in the books). So far, the reboot’s main cast includes trans character Luna (Zión Moreno), pansexual Max (Thomas Doherty), and bisexual Aki (Evan Mock)—in addition to more nonwhite characters in general. Catch the latest gossip on HBOMax.

Queer characters are rarely seen in more niche TV genres, but the Chucky series has given us a gay lead within one of the most iconic horror franchises of all time. Jake, who is a closeted teenager and something of an outcast at his school, finds Chucky in a garage sale and embarks on an uneasy friendship with the killer doll. Chucky is available to stream on Hulu.

The Ryan Murphy produced miniseries Halston follows the life and career of Roy Halston Frowick—a famous gay fashion designer, Studio 54 regular, and confidant to the likes of Liza Minnelli and Bianca Jagger. Halston is credited with establishing the direction of casual womenswear in the 1970s, and the show explores the strain his newfound fame put on his public and private relationships. You can watch Halston on Netflix.

Q-Force is an animated adult comedy about queer spies (think Archer but with an LGBT cast). Its team of agents includes a twunk, drag queen, butch mechanic, and trans hacker. While the show was criticized for its reliance on stereotypes, if you’re looking for some irreverent espionage silliness with a queer twist, check out Q-Force on Netflix.

Although its first season premiered on Comedy Central in 2019, The Other Two’s second season received renewed life on HBOMax this year. The series follows a pair of hapless siblings (including gay brother Cary played by Drew Tarver) navigate life under the shadow of their mega famous pop star kid brother and fame-hungry mother (Molly Shannon). The series is streaming on HBOMax.