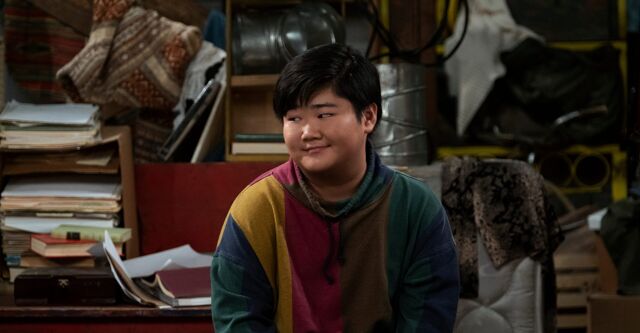 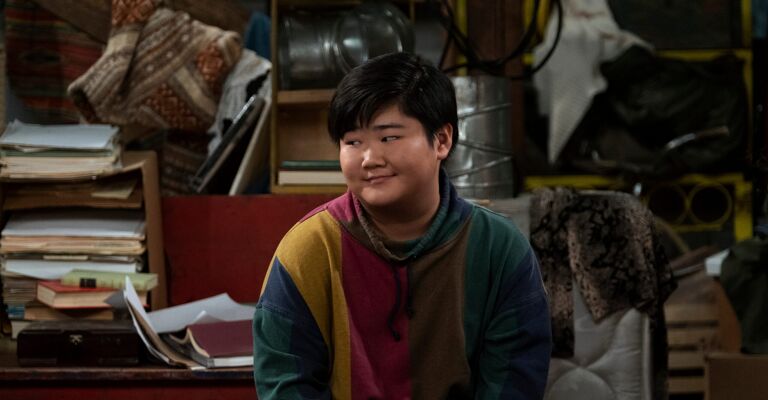 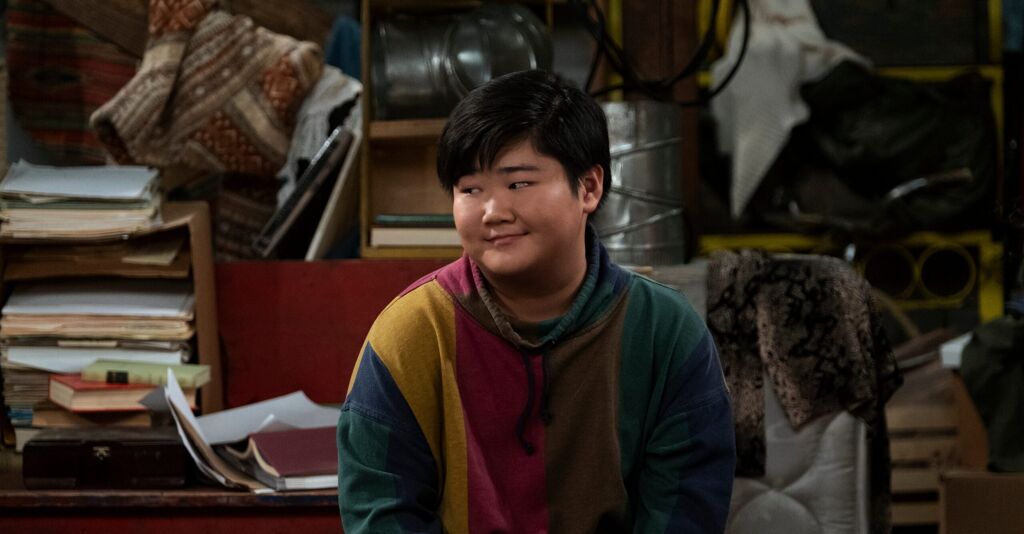 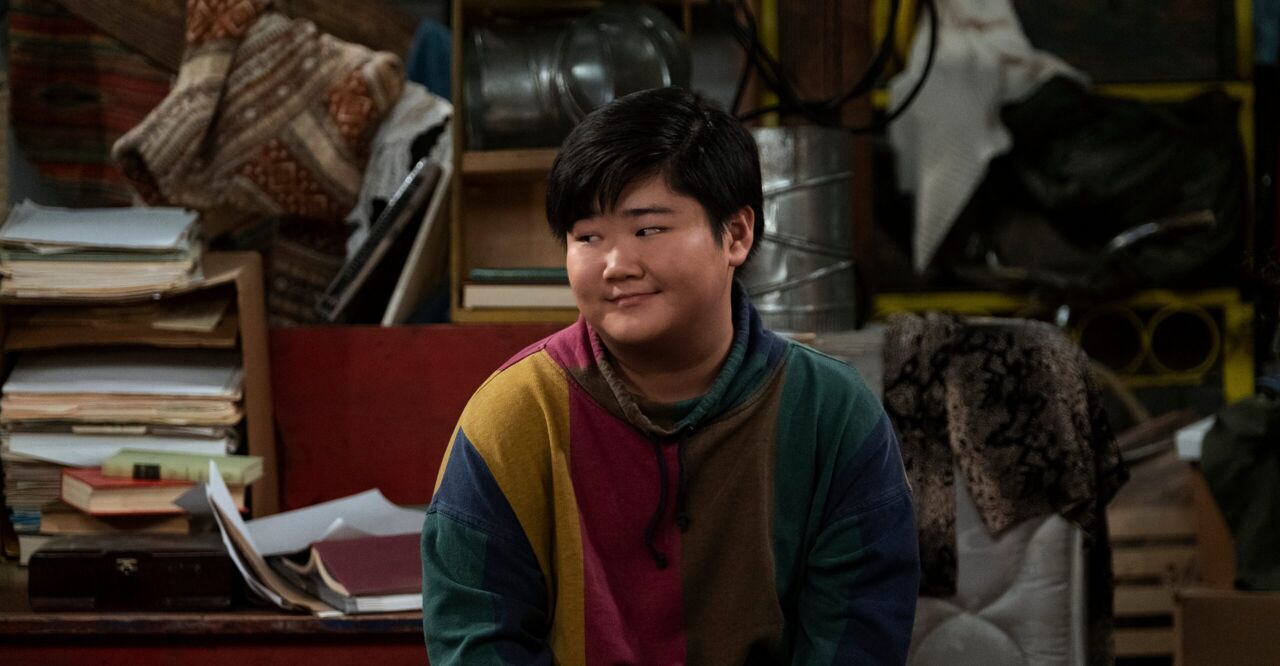 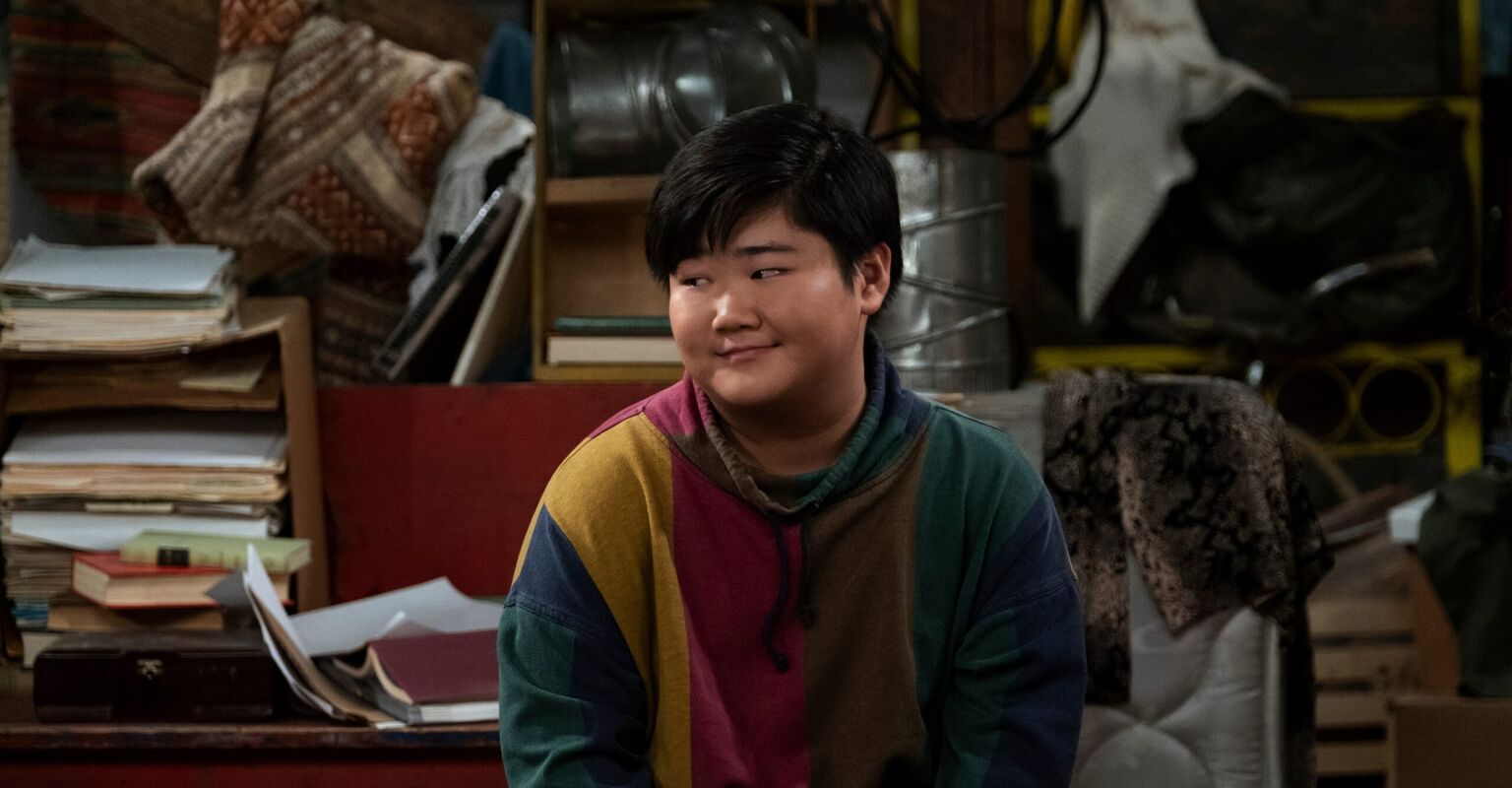 That ‘90s Show is officially here to give audiences all of the nostalgic feels. The spin-off of the popular That ‘70s Show brings us back to Point Place, Wisconsin and few familiar faces return as well. Debra Jo Rupp and Kurtwood Smith reprise their roles as the lovable Kitty and the grumpy Red and a few more familiar folks find themselves back in Kitty and Red’s basement, but we have new ones as well.

The series brings together a new batch of kids as they enjoy summertime in Point Place. While the show follows Leia Forman (played by Callie Haverda), daughter of That ’70s Show alum Donna Pinciotti (Laura Prepon) and Eric Forman (Topher Grace), spending the summer with her grandparents we were busy focusing on Ozzie, played by Reyn Doi.

You might have seen Doi in the shows Kidding and S.W.A.T or maybe you remember him as Yoyo in Barb and Star Go to Vista Del Mar. Now the young actor’s star is on the rise as he takes his talents from his home state of Hawaii to Hollywood. In That ’90s Show, his character Ozzie, is as insightful as he is sarcastic and brings plenty of comedy to the show. He’s also our resident queer character in the series and even has a coming out scene in the show that’s equal parts heartwarming and funny.

INTO spoke with Doi about his time filming the show, playing the scene-stealing Ozzie, and what’s next for him in 2023.

What was it like filming a spin-off to such an iconic television show?

It was such an amazing experience. I feel so lucky to have been chosen to play the role of Ozzie. Not only was it an absolute dream filming with Debra Jo and Kurtwood, but being able to watch the original cast come back and film scenes with each other nearly 20 years later… I was also in awe the whole time!

Plenty of millennials grew up on this show and now you’re portraying their experiences on-screen as a Gen Z actor. What was the experience like for you?

Everyone was so nice to work with and all 6 of us kids get along so well as a group. I believe the key to a good show is having a good work environment and having good chemistry as a cast. I couldn’t imagine working with another group of people. Not only have Debra Jo and Kurtwood guided us over the last year of filming, but they have also been by our side the whole journey. We couldn’t have made this show without our amazing crew members (makeup, wardrobe, props, ADs, camera, etc), writers, producers, and directors.

On a side note, I never thought that we would be filming in front of a live studio audience, but that came to life. I was definitely very nervous for the first few episodes, but after a while, I got the hang of it, and I ended up looking forward to those Friday night live shoots because there’s so much energy from the audience and when you’re filming a scene you can feed off of their laughter.

Your scene-stealing character Ozzie is here, queer, and everyone is used to it. How did it feel to give such a positive portrayal of a queer character?

I was happy with the special episode/scene Ozzie had with Kitty. When I read that episode’s script, I was very excited but also this was a big moment for my character in the show, so I was happy that Ozzie had his episode. I can’t imagine Ozzie being vulnerable to anyone else except Kitty. He loves Kitty and he’s rude to Red (Ozzie has a lot of sass towards him), so we’ll see how his relationship with the both of them continues to evolve.

I was very honored and actually, the writer of this episode, Erin Foley, thanked me for telling her story as she is part of the LGBTQ+ community.

What’s your favorite memory from filming That ‘90s Show?

Some of my favorite memories would be all the times I was filming a scene live and we started laughing. One was with Ashley (who plays Gwen), we were filming a scene in the iconic Forman kitchen and I forgot my line and started laughing. Once you start laughing, you just can’t stop and then you have to breathe and tell yourself, “we’re on a time crunch, get it together!”

Another time was when we were filming Ozzie’s episode and Laura (Donna) called Ozzie a “sex boy” and the hand motion she did when she said her line cracked me up! Even during rehearsals, I couldn’t stop laughing. We had to stop and start, stop and start, and I will take the blame because I was the one who kept laughing.

First and foremost, I hope our show does well, and everyone will love what we created. Also, I do hope to do other projects this year, a film maybe? I can’t wait to see what 2023 has in store for me. But a movie I worked on called The Outlaws in Atlanta that I filmed in 2021 should be coming out this year on Netflix so stay tuned for that!

That ‘90s Show is streaming now on Netflix.