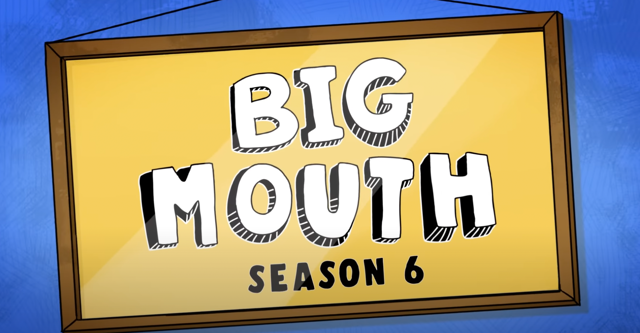 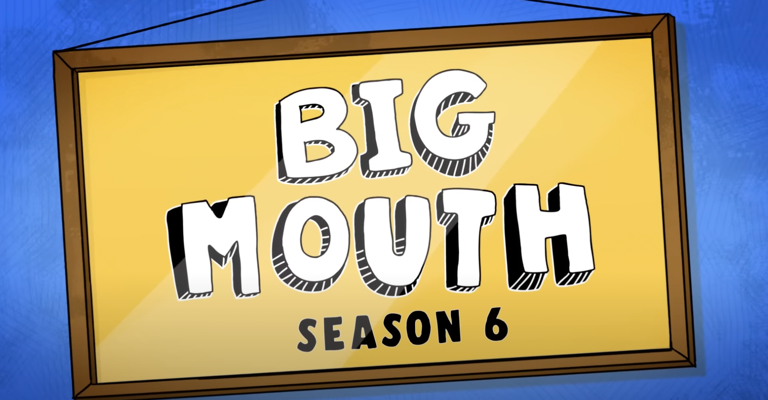 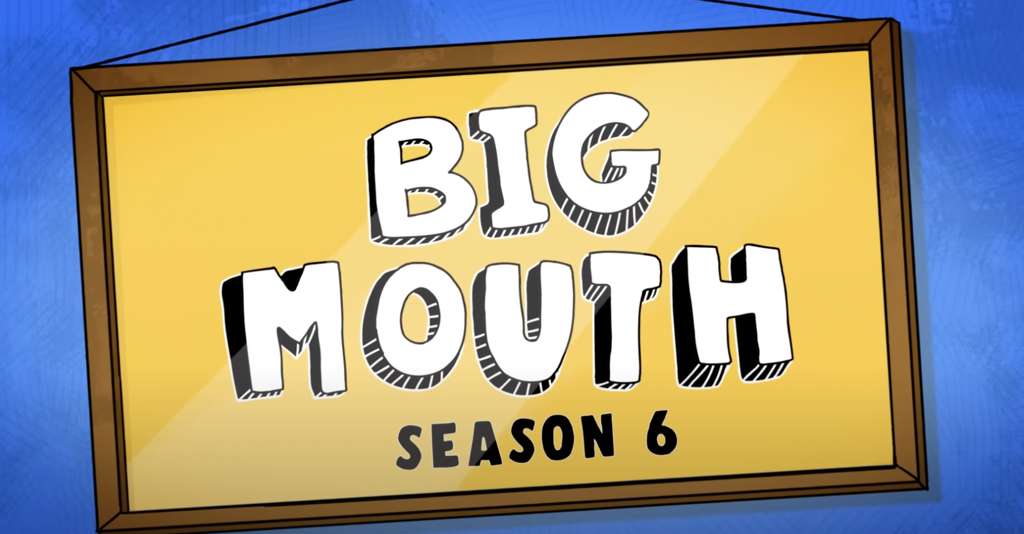 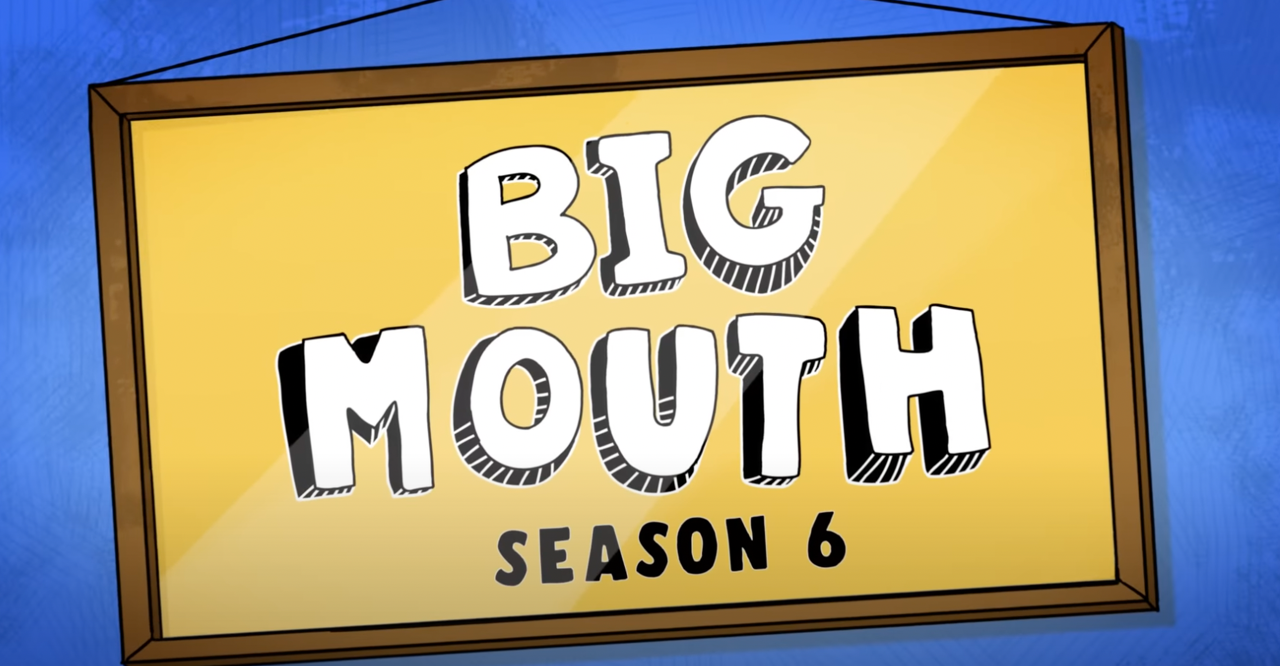 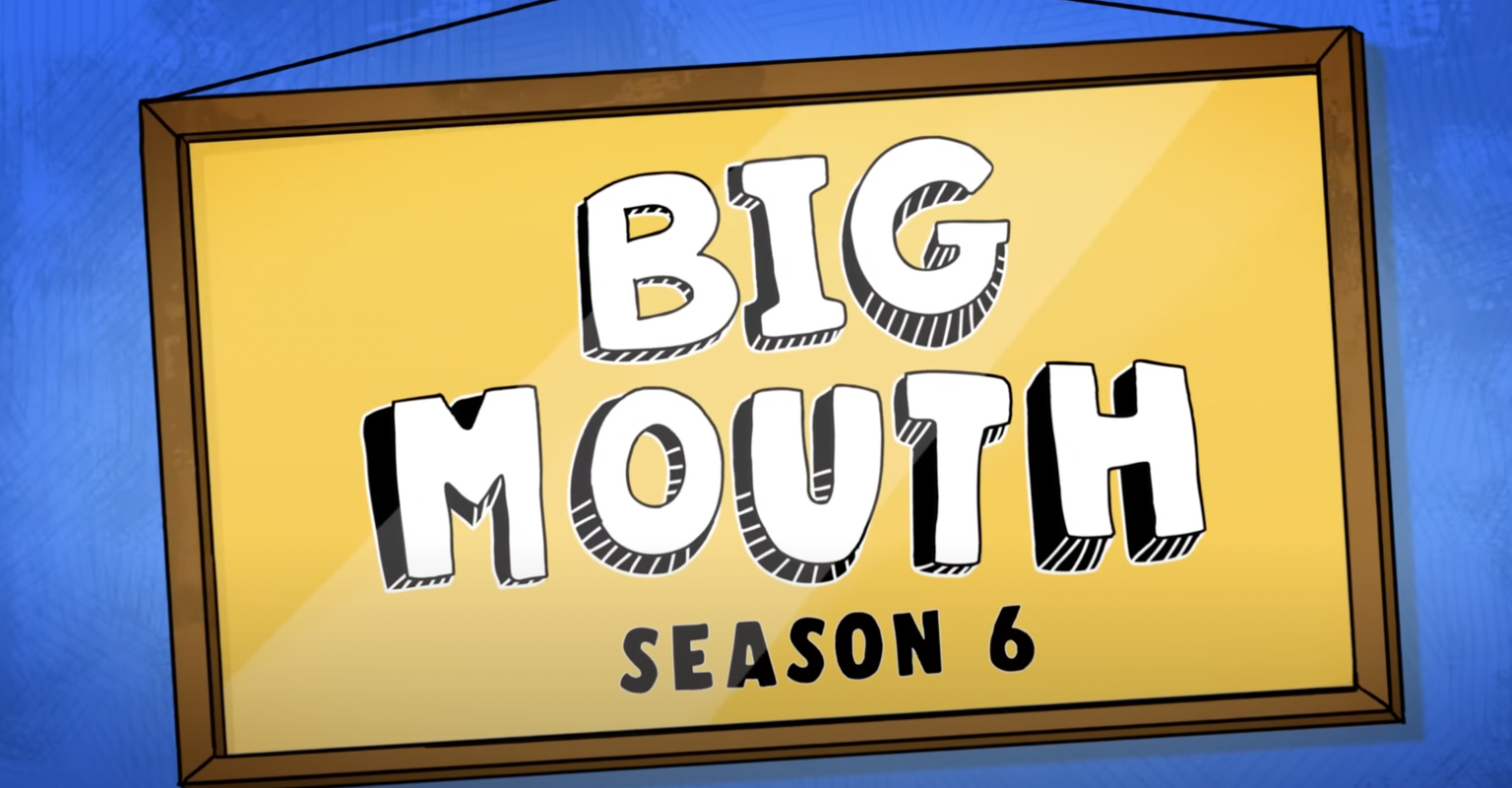 Since 2017, Big Mouth has blessed TV screens, laptops, tablets, and phones with its crass take on kids navigating puberty. Maybe crass is putting it mildly misleading adjective for anyone who has never seen this downright raunchy and hilarious show, but fans of Big Mouth will not be disappointed with its season 6.

Andrew (John Mulaney) is left to navigate his parents’ imploding marriage and Nick (Nick Kroll) is unnerved by his father’s affection and even more so by his long lost grandfather’s lack thereof. Jessi (Jessi Klein) is still adjusting to living with her father and his girlfriend, whereas Missy (Ayo Edebiri) is left to traverse her conflicting feelings towards her parents’ progressive values. Oh, and then there’s Jay (Jason Mantzoukas) who now has a plethora of brothers who have come out of the woodwork.

And don’t worry, their hormone monsters, played by Maya Rudolph, Thandiwe Newton, and Kroll, are back for all of the shenanigans.

Needless to say, it’s an eventful season. The students of Bridgeton Middle School continue to fall deeper into the pitfalls of adolescence. But as they dive further, these satirical storylines become more nuanced and really make you reflect on your own adolescent (and adult) journey. Season 6 covers breaking down gender norms, normalizing asexuality, experiencing complicated pregancies, enduring the highs and lows of queer relationships, and understanding your body (which is expertly covered in its third episode “Vagina Shame”).

Another highlight is how the show moves along with popular culture. Episode six shows us the dark side of adolescent consumerism and plays with Bridgerton references, while episode seven inverts the plot of Mamma Mia to give Lola her shine, and episode ten pays homage to Freaky Friday, a Jamie Lee Curtis/Lindsay Lohan classic. And through all of these episodes, its the women and queer characters who truly shine as they struggle through everyday life occurences that Big Mouth exaggerates into all out pandemonium.

Even through all of these storylines, Big Mouth is as sex positive as ever – even more so than most sex edudcation classes. And while you may cringe at certain moments, you can’t deny that the satirical approach makes you feel a bit more comfortable with your own puberty journey.

The magical balancing act that Big Mouth plays between humanizing bodily changes, life experiences, while creating comedic chaos lives on in this season. And while certain supporting characters may not get as much attention this season, it’s mostly because more of the adults, specifically the parents, play a larger role this time. Nick, Andrew, Jessi, Missy, Jay, Matthew, and even Lola all have at least one adult in their world who’s navigating some form of crisis.

Whether they navigate it well is up for debate, but it just goes to show that life can be just as chaotic when you’re experiencing it as an adult. Need a comedic break from your horror movie binge? Go ahead and stream season 6 of Big Mouth.