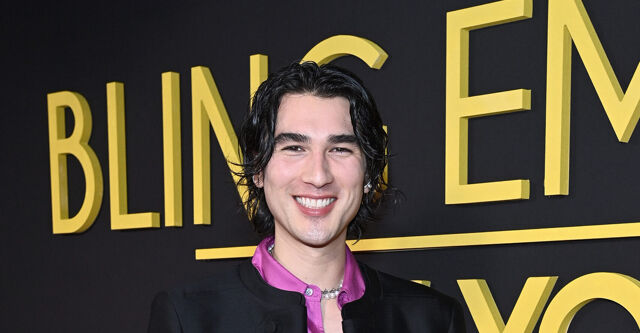 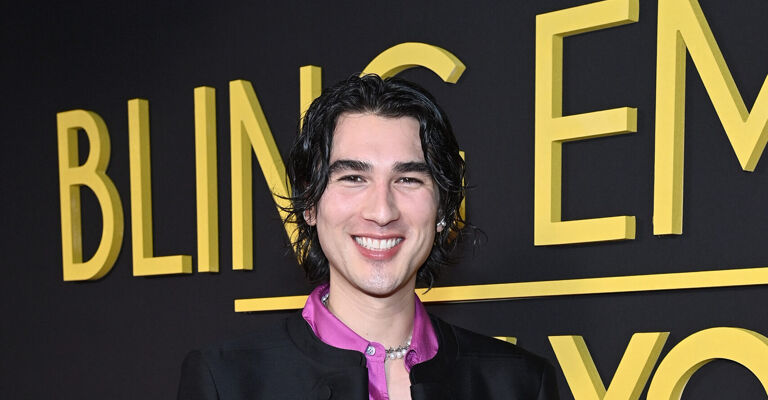 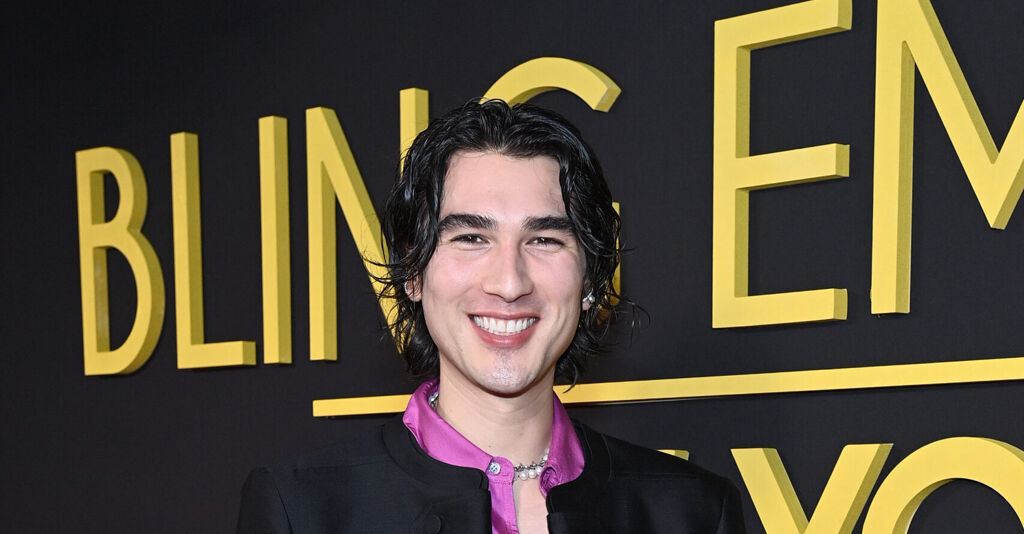 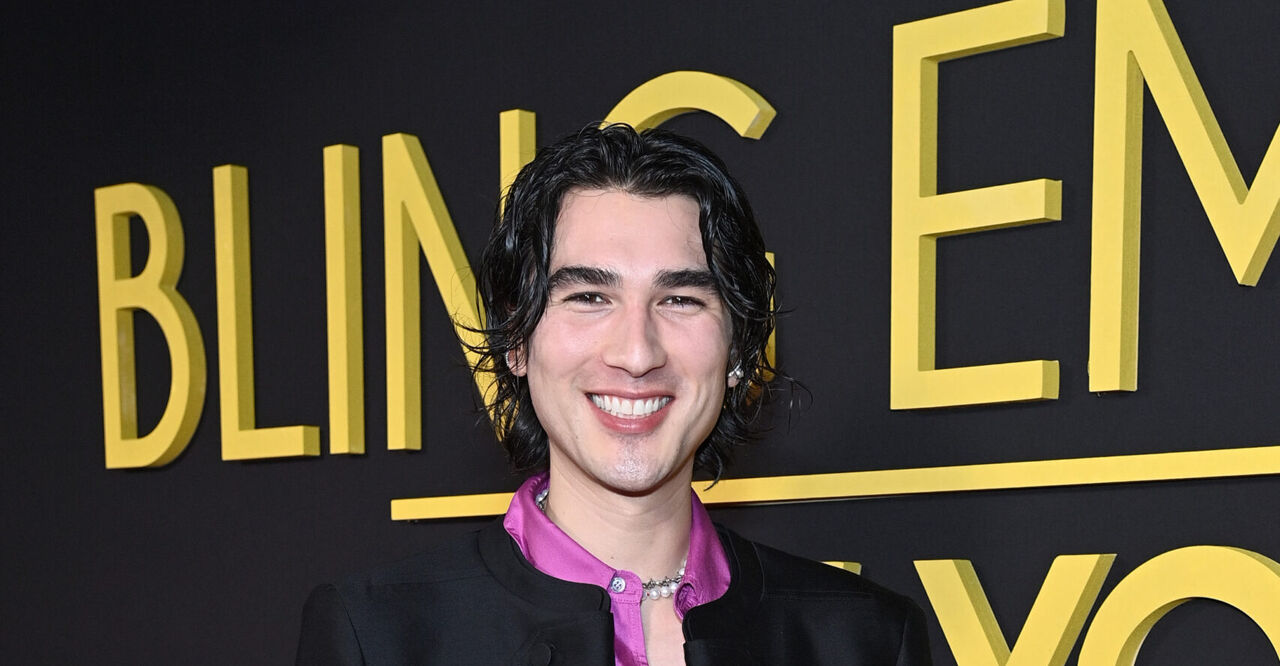 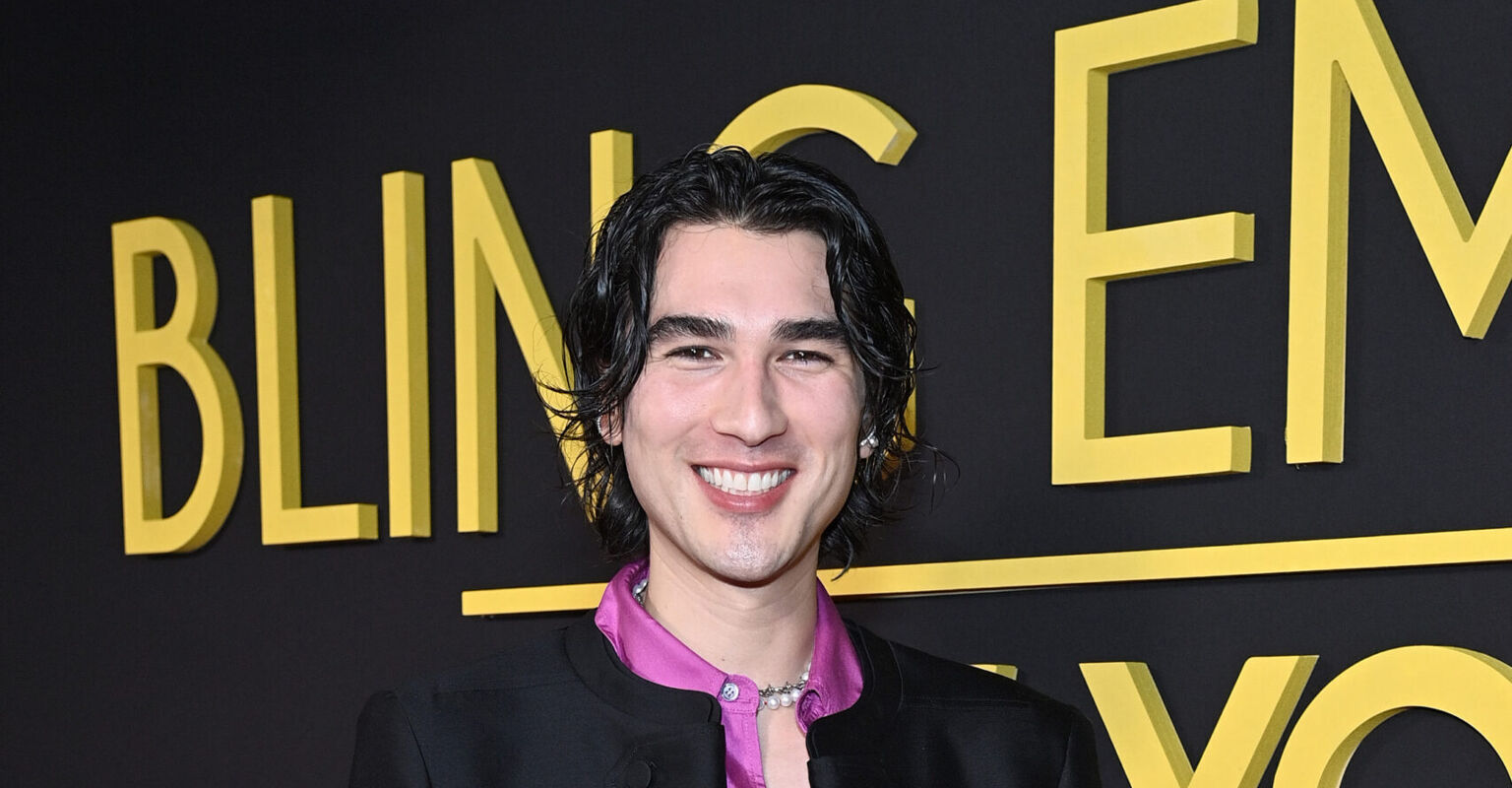 There’s a new empire coming to New York and it’s full of bling. That’s right, Bling Empire: New York is officially here on Netflix. At the end of season two of Bling Empire, the Los Angeles-based predecessor, we saw Dorothy Wang leave behind, sunny L.A. for the “Big Apple”. Now she and the rest of her new cast mates are ready to show the world what Bling Empire: New York is all about. And one of the cast members showing us how things are done with style in NYC is Blake Abbie.

Raised in Vancouver, Canada, Abbie is an actor, model, and fashion journalist and editor who is taking New York by storm. Whether he’s working with top notch designers for content in his publication A Magazine Curated By, or representing different brands in photoshoots, or acting in shows like Meteor Garden, Abbie is quickly becoming a creative force. Now, he’s ready to take his talents to more TV screens (and silver ones) across the globe.

INTO attended the launch celebration of Bling Empire: New York and spoke to Abbie about his role in the show, bringing more queer Asian representation to TV, and his hopes for 2023.

How did you get involved with the show?

So I’m friends with Tina [Leung], who is also in the show. She was already in the middle of casting. It would have been spring 2021, nearly two years ago. She asked me if I wanted to have a conversation on casting. She knows that I’m an actor, as well as a writer and editor. So she was like, “You like television. You’d like to be on the show? Would you want to talk to them?”.

I think what they wanted to really make sure that our group in New York was organic. Tina got me and I had chats and I don’t know, six months later, they were like, Netflix wants you, which kind of surprised me.

I guess I have a different type of “bling” than some of my costars and some people in the previous cast. I am not a billionaire like some others. I think I have cultural capital, which is a little different, and in New York, we don’t really talk about money anyway. It’s just interesting to be considered in this way. I was just very appreciative that they wanted me to be a part of it.

I’m excited to see how I’m portrayed. We all know that there’s an edit that happens.

Were you a fan of reality TV prior to joining the cast?

I was definitely a fan of reality TV. I think I was a little bit less vocal about it, maybe. I come from a pretty intellectual background as a writer and journalist, you know what I mean? We all have a certain kind of, how should I say, perspective and maybe not the best perspective of what we think reality TV shows are. What I think is really interesting with Bling is that, and other shows that are coming up now, is that it has kind of a cultural aspect and I really appreciated that. With [Bling Empire] and with Bling Empire: New York, we are able to be a little bit more frank about our real life and share our culture in different ways. And it’s not about drama.

Not to say that I don’t like drama because I do like drama. A little bit here and there. It’s entertaining. Reality TV allows you to get out of your own reality.

At INTO, we’re all about representation and many people are going to see you on Bling Empire: New York and that visibility will mean a lot to them. What does that mean to you?

I mean, it feels like it’s actually kind of a lot of. I wasn’t really thinking about this when I was filming, but thinking back on it, and actually people have said to me, there haven’t really been “out” Asian people in reality TV shows or scripted shows. I don’t really think about my sexuality all that much, though, if I’m honest. I never came out. My family was really supportive and I think that story is really amazing.

I think as queer people, what we grew up watching, hearing, and seeing are stories of shame, stories of worry, and stories of just confusion. I mean, there were [these] moments in my life, but I was never so wrought about it. My family never questioned it. My friends never questioned it. I was just like, I’m going to date whoever I want to date and I do that.

I didn’t go on as many dates this season, but yeah, we’ll see.

This year, I really want to be very focused and very efficient with my time. I have a lot of projects that are going on. The magazine is popping off. We just launched an issue. We have another one coming out in the spring. I’m writing a couple of television shows.

So I’m trying to have my hands on a lot of things. I want some more auditions. Get me those self tapes.

I just want to be able to be as efficient as I can with my time and just be able to create. I’m excited. It’s a great new year and things feel like the flow is right, which is great.