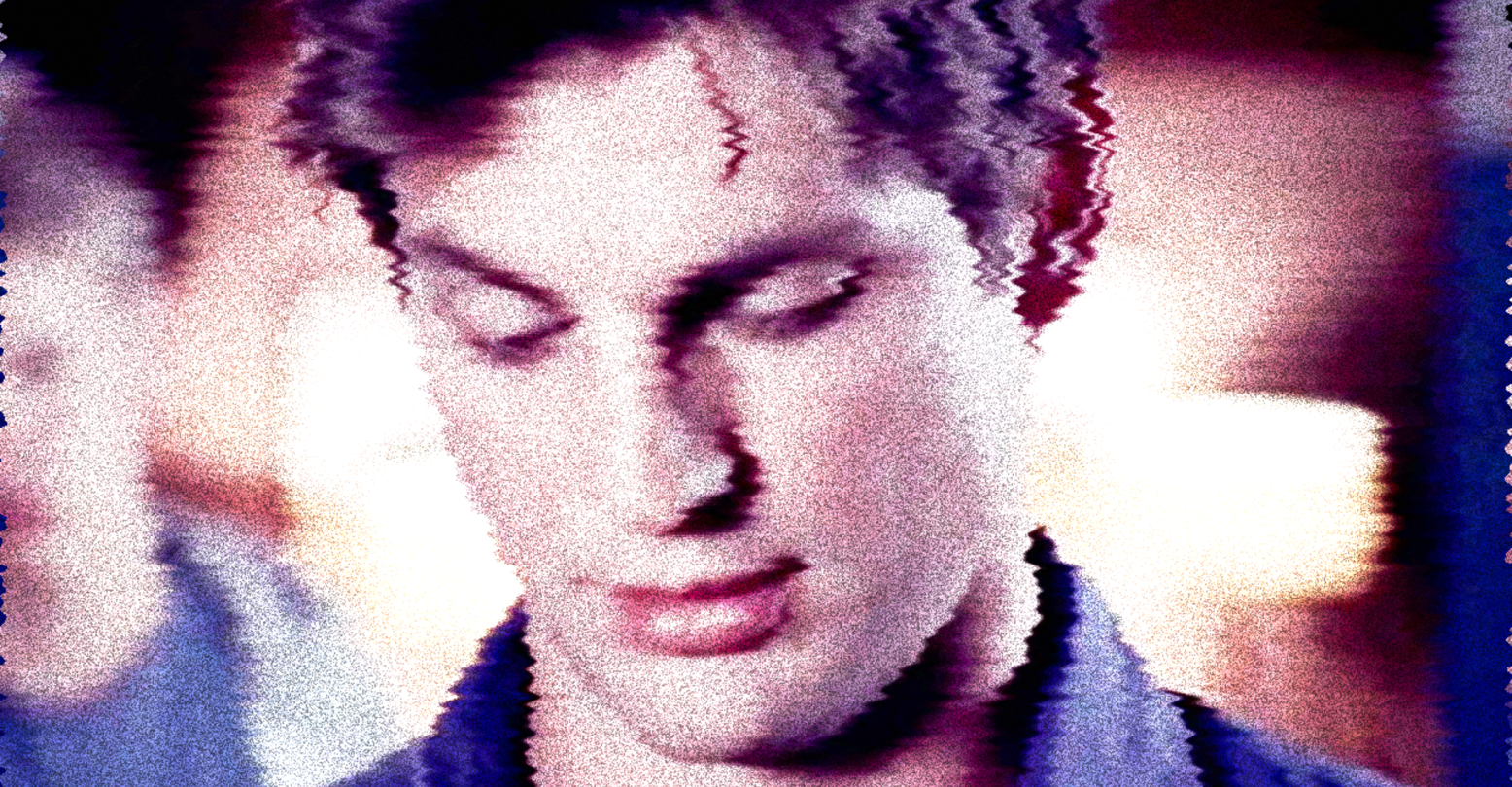 I think about Brian Kinney a lot. And I’m guessing you do, too.

Back in the day (roughly 1990-2010) we didn’t have a lot of queer representation, and what we did have wasn’t great. Of course, we’ve always had our ways of making things gay. Disney villains are famously queer-coded, and there’s an endless range of cartoon characters, very special episodes, and one-off plotlines that infused some otherwise presumed straight stories with much-needed gayness.

But when it came to explicit stories about us, especially those that showed sex and romance between same-sex couples, we had precisely two units of media: Showtime’s “The L Word,” which started in 2004, and Showtime’s “Queer As Folk,” which premiered in 2000.

Both shows, I don’t have to tell you, are deeply flawed, deeply white, and deeply transphobic. But they were the first shows that centered queer characters in a way that wasn’t just for show. They were made for us, and they showed sex scenes that, whatever they lacked in realism, at least felt somewhat familiar.

“Queer as Folk,” the American adaptation of Russell T Davies’ British drama of the same name, set the standard for queer TV in many ways. Each episode, in early seasons, feels like it takes on a specific “issue” in the queer community. Such issues include: should you ever have sex without a condom (no!) are drugs good? (no they are BAD!) and my personal favorite, should pride be a celebration or a protest? (both??)

Basically, “Queer as Folk” in its first few seasons seemed to exist to have a group of slender white cis men debate topics in the queer community for about 45 minutes before coming down on a hard conclusion that, more often than not on a rewatch, feels seriously dated.

But the worst offender–and weirdly, the most iconoclastic–is the show’s ostensible lead, Brian Kinney, a hard-partying, sex-having ad executive whose one idea for just about every ad campaign he’s saddled with is to “make it appeal to the gay market.”

Now don’t get me wrong, Brian has a lot of good points. He often feels like the one character in the show who’s interested in pushing back against respectability politics, especially when it comes to his lesbian friend Lindsey and her wife Melanie. He gives those lesbians absolute hell for wanting to settle down and start a family, and if any of his friends start looking for love rather than one-night stands, he has a tendency to get on his soapbox and explain that life is about fucking and gayness is about pissing people off. Which, ok, I agree with one half of that statement 100%. But let’s talk about the myriad ways in which Brian is a fucking asshole, because even if he’s often the devil’s advocate in this show, he can be really and truly awful in ways that most of us still haven’t processed.

Let’s start at the very beginning with…

Brian has a big problem with lesbians, and so does every other gay man on this show. It’s not quite enough to be disgusted with the idea of a loving partnership such as the one enjoyed by Lindsay and Melanie, who have just had Brian’s baby, Gus, when the show kicks off. Each of the main characters go out of their way to talk about how there’s a huge difference between men and women, how women love babies and men love sex, and how they’re just SOOOO grossed out by the idea of a human vagina! It’s a lot, and in this day and age, it’s pretty offensive. We’re living in a world where dudes can have vaginas and girls can have dicks, and guess what, the queer community has always been that way. So when Brian goes out of his way to belittle his lesbian friends for having a “snatch” or being emotional, it’s grating and depressing and just gross. Come on, Brian. Gender is a construct and you should know that.

Brian is really proud of himself for having a job that makes him a lot of money. Being an ad exec is one of the few things in his life that actually gives him a sense of self-esteem. That and, you know, fucking dudes. But in more than one instance, Brian is seen selling a version of gay life and identity to straight companies who are interested in exploiting that image for profit. He’s a conduit for selling queer identity to straight America, all so he can get a wad of that sweet straight money. So he can have a fancy apartment in…Pittsburgh. Which he always complains about. “Why do I live in Pittsburgh with all my childhood friends, ugh!” Guess what Brian, it’s called moving to a real city and absolutely nothing is stopping you from doing that. If you want to be the gay Martin Shkreli, by all means, move to New York and leave us alone.

Brian is the most sex-positive character on the show, which can be delightful at times. At other times, it’s downright creepy. His total disinterest in learning the names or ages of his hookups is apparent from the get-go, when he brings 17-year-old Justin home and proceeds to fuck his brains out and dump him at his high school the next morning saying, “you’ll see me in your dreams.”

I mean, ok, that’s kind of a serve and I love it, but really? You can have a lot of sex and still be somewhat polite about it. Brian is not interested in that. And before you start with “but he’s this show’s version of Samantha from ‘Sex and the City!”‘ let me just remind you that Samantha Jones is a PR goddess who is always, ALWAYS looking out for the gays. Now when it comes to trans people, that’s a totally different story. But come on, that gal lives in the meatpacking district, spends an entire day masturbating to a Priest, and freaks out when she discovers she’s had a “deja-fuck” in Season 4. Brian does none of these things. All he does is basically look at a guy and wait for said guy’s pants to cream before hitting up the nearest public restroom for a 5-minute blowjob. Which, again, is totally fine, but it is NOT Samatha Jones level. And when it comes to consent, Brian isn’t always the best. The assumption the show makes is that everyone in their right mind would want to have sex with Brian, but I think we all know that that’s not the case because Brian sucks and is gross, and consent is always important no matter how hot you are. Sorry, B!

He Tries to Make His Selfishness Political

Brian is always talking about how being gay is about being an asshole who fucks a lot, and you know what? I CONCUR. But you know what else? You can’t justify all your worst, most selfish actions by screaming “gay rights!” every five seconds. Brian is often a horrible, abusive friend who would rather get laid than show up for his pals in their time of need. This would be fine, if anyone actually addressed it. Instead, everyone’s like “don’t bother Brian, he’s having an orgy for all of us!” It’s shown as this amazing, life-affirming thing that Brian is always fucking people, and like, yeah cool I get it, but also there’s a lot more to queer identity than sex. But this show genuinely doesn’t seem to know or believe that, in the same way it doesn’t seem to know or believe that lesbians are people.

He Has Really Weird Ideas About Bodies

Like many cis dudes, Brian seems to believe that only a certain type of body is acceptable. He often fat shames people and talks about how ugly they are, says that people are “lucky” to get with him, and at one point even stops his son’s bris proclaiming: “my son hasn’t been alive for a week and already there are people telling him there’s something wrong with his body!”

Okay Brian, way to “show up” as a dad at the most obnoxious possible moment. You might as well have said, “I don’t care about my son, but I DO care about what his penis looks like!” Which is…weird. Really weird. Way to be anti-semitic and gross, B.

He Uses His Friends and Never Thanks Them

Brian is not a big one for letting people in. He’s a very he-man, manly man type who feels that pain is weakness, and he won’t even let his partner in on his vulnerability after having his testicles removed as the result of a cancer diagnosis. Brian’s thing is to make other people feel shitty when he’s feeling shitty, even though everyone is constantly bending over backwards to please him. Get a life, Brian! In Season One, his best friend Michael is pretty transparently in love with him, and Brian knows this. Does he reciprocate this desire? No. Does it stop him from sabotaging Michael’s next two relationships? Absolutely not. Rude!

Brian doesn’t just hate women and their body parts: he also hates gay people who are too “stereotypical” for his liking. He’s always teasing Emmett for being too “queenly” (tbh, the show itself is femme-phobic so it’s a fine line) and he has approximately no time for dudes who don’t look like a 2Exist model. Basically, if you’re not a stereotypical stud, Brian is going to be a jerk to you, and that’s just the way it is.

So there you have it: Brian Kinney is 100% awful and I feel like we all knew this. Nonetheless, it feels cathartic to list all of his crimes here, because as a kid watching this show I loved Brian Kinney. He was my favorite character: I thought he was so cool and confident and all about himself.

Now, as an adult, I can see how selfish and gross he actually is. I guess that’s the benefit of growing up: the people you once idolized start to seem a lot less awesome as you come into your own. TV has grown up, too: it’s not cool to be lesbophobic, femme-phobic, or just a straight-up jerk on TV anymore. So I guess Brian had to exist for us to get that message.

Thanks for your service, B. Now kindly fuck off. ♦