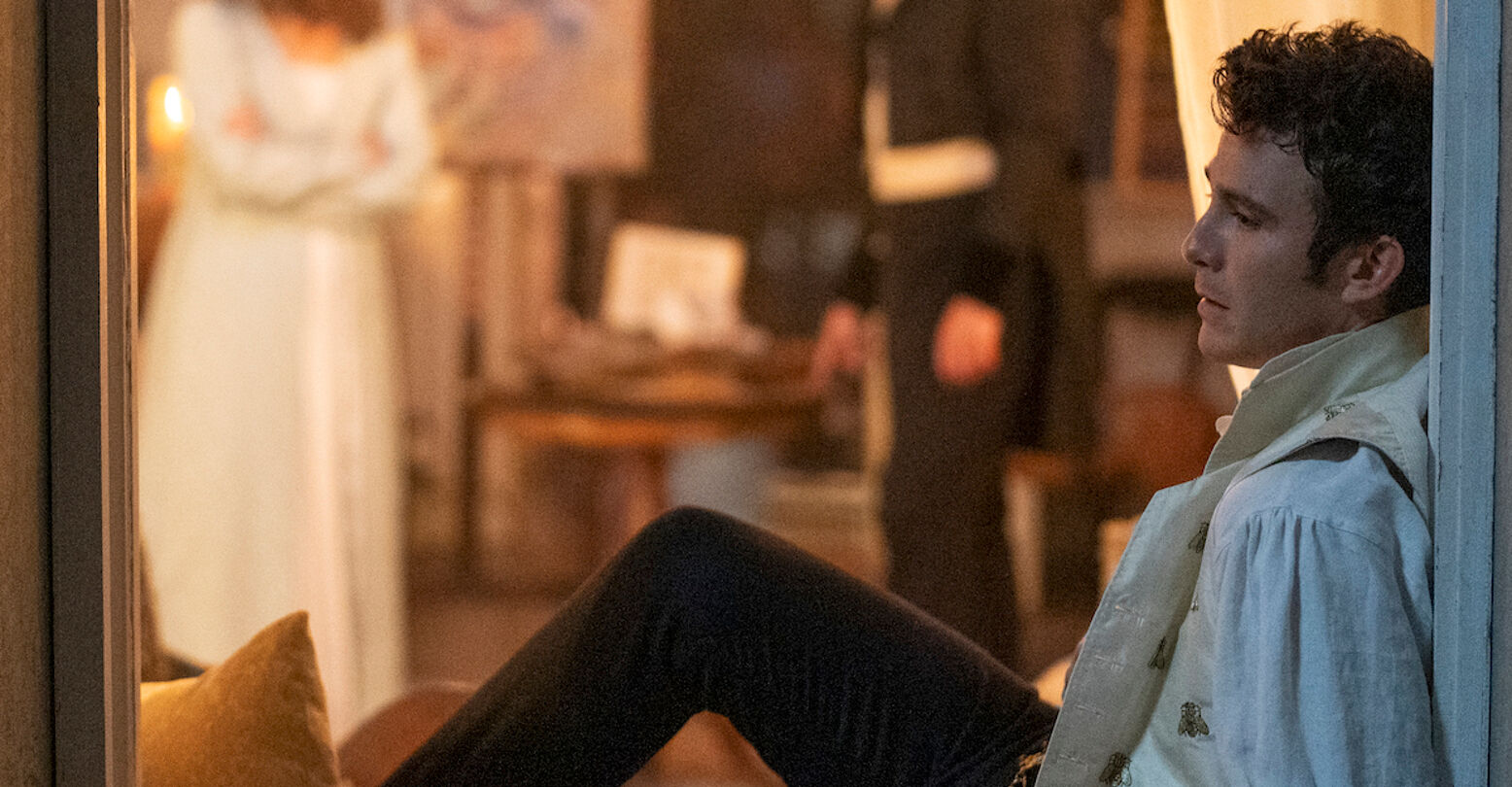 Bridgerton is probably the most hyped TV show on air right now. The Netflix series explores the love lives of each Bridgerton sibling: In season one, we were introduced to the family and got to see Daphne engage in a steamy romance with the Duke of Hastings. In the newly released second season, we got to enjoy a classic enemies-to-lovers arc with Anthony and Kate. Nowm fans are awaiting where Netflix plans on taking the series with the other siblings. Namely, the second oldest Bridgerton, Benedict.

In the first season, fans were introduced to Benedict, who initially seemed to be exploring his sexuality, especially when he struck up a friendship with a queer artist. In the book series on which the show is based, Benedict’s story is a heterosexual one. And after showrunner Chris Van Dusen explained the friendship between Benedict and the artist was a lesson in “tolerance” and not necessarily the start of a budding romance. In the second season, Benedict had a female love interest by the name of Tessa. Fans felt baited into assuming that Benedict was queer or at least exploring his identity.

Luke Thompson, who plays Benedict, explained the direction his character might be going in during a recent interview. “Benedict has such a lovely openness and fluidity about him generally, and that’s really, really fun to play because it could go anywhere,” he told EW. “What I would say is that we’re only in Season 1 and just getting into Season 2. People get very excited, and they want everything to be explored in the first few seasons and every corner of sexuality [and] gender. Obviously, there’s a way to go, so we’ll see what happens with Benedict, but we’re only on Season 2, so there’s lots of space for him to explore all sorts of things.”

Thompson admitted that he’s not sure if the hit Netflix series will stray away from the books in regard to Benedict’s storyline, but he will embrace the vision entirely regardless of which direction the writers decide to go in. “As a final note, the only thing I would say is I tend not think in terms of hoping too much because an actor’s job is to fully step inside the character’s shoes. If I had an opinion on that, I would be one foot in and one foot out. It’s very important for me to be two feet in, and that the writer is a bit of a god in the sense that they’re controlling your destiny. I just need to go on the journey that they put me on. I would certainly love him to retain that because it’s such a lovely quality, that fluidity and openness, but beyond that, I don’t know.”