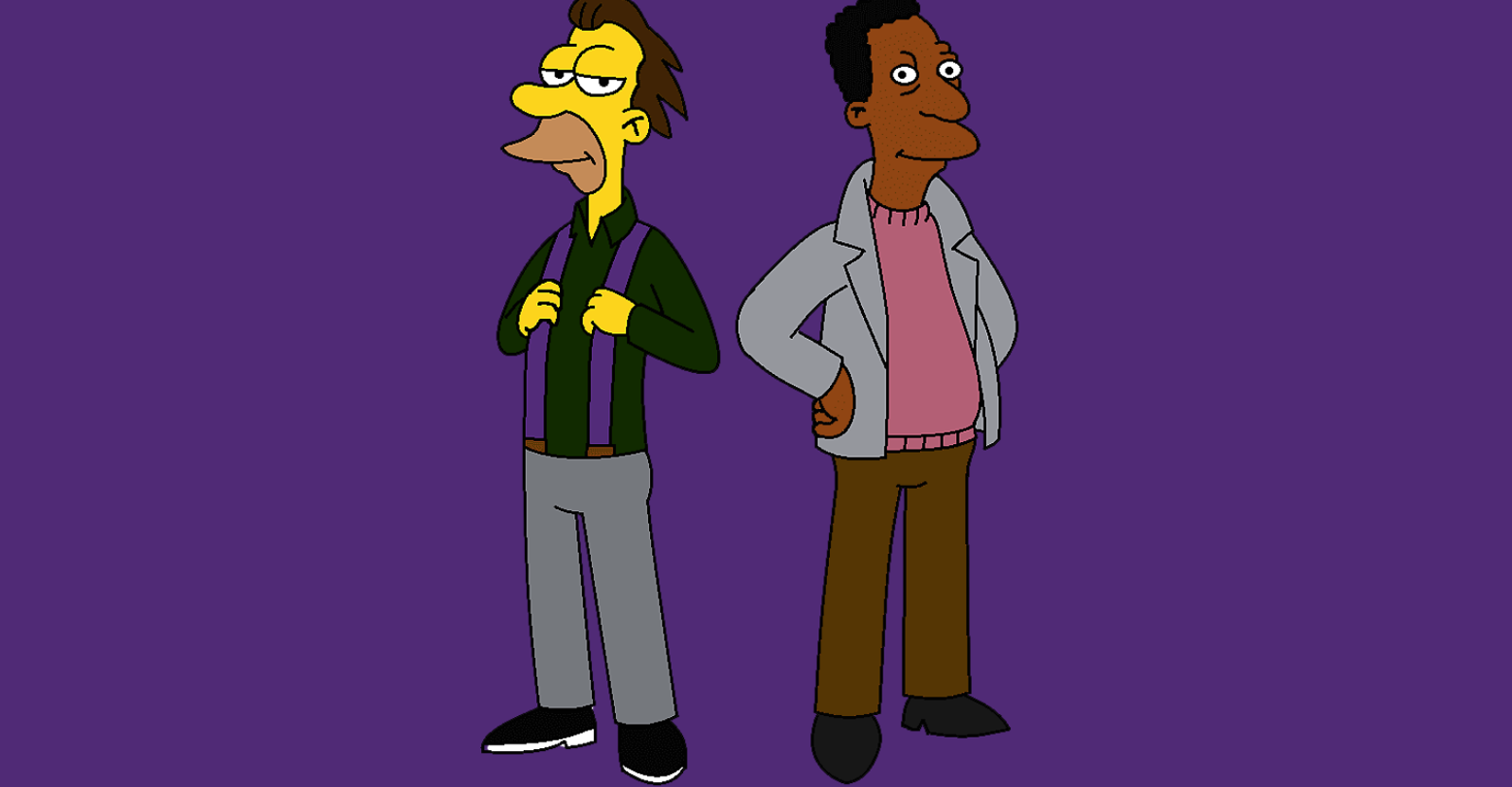 After years of innuendo and more than a few poorly aged jokes, The Simpsons’ episode “Portrait of a Lackey on Fire” has attempted to change course on the series’s treatment of its queer characters. Not only did it give Waylon Smithers a new love interest in the form of billionaire fashion designer Michael De Graaf (voiced by Victor Garber), but it included humor written specifically “for gay people”—regardless of whether the straights would get it. Now, one of the writers has explained how one joke in particular almost didn’t make the cut.

The joke concerned Lenny and Karl, inseparable best friends who are easily mistaken for lovers. While De Graaf is showing off his fashion expertise by judging outfits, Lenny asks what he thinks of his top. Instead of Lenny’s shirt, De Graaf takes a look at Karl and responds, “Very nice.”

The gay staff writer behind the joke, Johnny LaZebnik, shared with Attitude how he had to champion the bit. “I’m a huge Lenny and Karl fan. We worked on that scene a bunch of times, and I was like, ‘How can we get this joke to stay in?!'”

The issue was that the term ‘top/bottom’ could come across as niche gay slang for your vanilla straight viewers. Specifically, LaZebnik’s dad (Rob LaZebnik), who is also a writer on The Simpsons, insisted that “people won’t get the reference.”

The relationship between the father/son writing team has led to some of The Simpsons more recent, heartwarming queer moments. Rob once described how his son inspired Smithers’ coming out in a 2016 interview with Attitude: “I am a Midwestern guy, so I don’t tend to wear my emotions on my sleeve, but I thought, ‘What better way to tell my son I love him than to write a cartoon about it?’”

Last November, Johnny LaZebnik spoke to Gayest Episode Ever about writing “Portrait of a Lackey on Fire,” explaining that he wanted The Simpsons queer bits to become more authentic to LGBTQ+ viewers. In other words, to include gay jokes by gay writers for gay audiences.

He gave an example through an anecdote in which his dad asked him about using Grindr in order to make sure a reference to it was accurate. “I think my dad’s specific question was like, ‘Do you swipe on Grindr?’” he said. “And I was like, ‘Absolutely not, you don’t.’

“That is the kind of thing that a straight person would throw in as a joke… then a gay person watching it would be like, ‘I feel so alienated by this content because you clearly don’t know what you’re talking about.’ I was really happy to be included and really grateful that I was able to lend a little more authenticity to the world of gay that they were creating.”