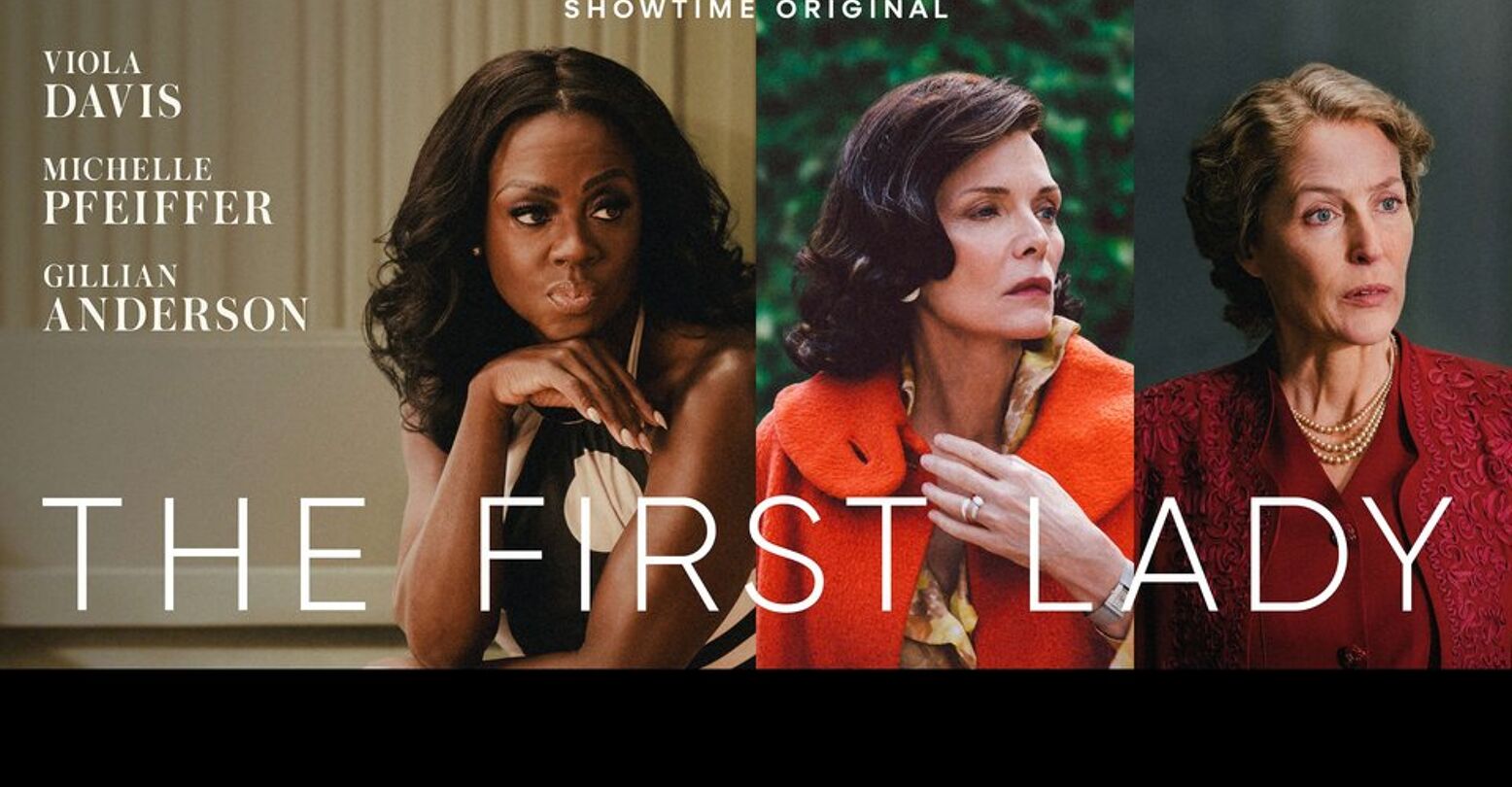 The anachronism of being “first lady” is in the name itself: in 2022, hardly anyone under the age of 85 who is not a member of the British aristocracy (speaking of anachronisms) unironically refers to themselves as  “lady”. If democracy survives in the US (not a given!) someday the president will have a spouse who isn’t a woman and the amended title “first gentleman” or even “first man” or “first person” exposes the ridiculousness inherent in the limiting “first lady” title. The job description is even worse: The woman married to the US president undertakes a series of tasks the stay-at-home wife of a business executive in the 1950s would be expected to fulfill, like redecorating and dinner party planning. She’s also expected to support causes and charities that the public sees as worthwhile but are completely non-controversial. And, unlike the business executive’s wife, the first lady is in front of the media all the while, in clothes, hair and makeup that have to be neat and flawless but also stylish, tasteful and “appropriate”. So it’s perhaps surprising that starting on April 17, Showtime will air a prestige drama series, The First Lady, with an all-star cast: Viola Davis plays Michelle Obama, Michelle Pfeiffer takes on Betty Ford, and Gillian Anderson portrays Eleanor Roosevelt. The show spends equal amounts of time on each woman, both during and before their tenure in the White House, landing on the years listed on the screen as randomly as the cardboard spinner of a board game.

The series brings up some interesting questions that the creator and co-writer Aaron Cooley and series director Susanne Bier (The Undoing)—plus a team of writers which includes Abby Ajayi (How to Get Away with Murder) and Ellen Fairey (Nurse Jackie)—may or may not address, since only the first four episodes of the ten-part series were available for review. Eleanor Roosevelt’s romance with journalist Lorena Hickok (played by Lily Rabe) is touched on, but I wonder if the series will fully accept that they were, for a time, partners, which even some historians who’ve read and published Roosevelt’s love letters to Hickok (“Hick”, as she was known) have pretended might not be the case. Straight people historically have seemed to go through a process akin to the seven stages of grief when confronted with evidence well-known women of the past were queer, from initial denial to bargaining to, perhaps now—over forty years after the letters were first released to public view—acceptance. A hundred years ago, Eleanor Roosevelt had a life that would be recognizable to many queer women today. She lived with, socialized with, and worked with other queer women who were as out as they could be at that time, often on feminist causes. She stayed close to her ex, Hickok, for the rest of her life and the two even shared a living space (the White House!) after their relationship ended. With first Madeleine Olnek’s film Wild Nights with Emily and then the success of the series Dickinson, writers and creators centering notable queer women in fictionalized work may no longer seem to require a tintype of two women having sex to conclude they were a couple.

“Both Ford and Roosevelt showed, in very different eras, that women who came to fame because of their husbands could not only accomplish great things on their own, but didn’t have to look glamorous while doing so.”

Seeing Roosevelt and Betty Ford played by women renowned for their great beauty and style is dismaying. The role of activist (or even somewhat independent) first ladies has always been fraught, but both Ford and Roosevelt showed, in very different eras, that women who came to fame because of their husbands could not only accomplish great things on their own, but didn’t have to look glamorous while doing so. But no matter how Michelle Pfeiffer and Gillian Anderson are styled their presence contradicts what Ford and Roosevelt were during their own lifetimes. Pfeiffer wears a kicky, businesswoman’s haircut instead of Ford’s actual Republican helmet hair and, because she’s Michelle Pfeiffer, she looks fantastic, even in terrible, 1970s polyester dresses. Audiences also might be wary of a series that equates the accomplishments of Betty Ford with those of Roosevelt and Obama, both of whom are generally acknowledged to be groundbreaking first ladies. Roosevelt boosted her husband’s agenda with wall-to-wall tours, speaking engagements, and even a daily newspaper column, and Obama, the first Black woman to take on the responsibilities first ladies have been expected to shoulder, was not always comfortable with what was asked of her (“They want me to be the Black Martha Stewart?”)

Including Ford is a little like a game of Which One of These Things Doesn’t Belong. The Betty Ford Center has helped a lot of people with substance abuse disorders, but even with Betty declaring to her husband on the cusp of his becoming president, “I’m going to remain myself,”—as she, to some degree, did with her open support of abortion rights and the Equal Rights Amendment (ERA) for women—she was still a Republican and stayed one, as the party continued its turn toward the misogyny, racism, homophobia and transphobia that define it today.

Sutherland and Anderson play their parts as if Mary Elizabeth Kelly’s TikToks about “mouth acting” were a time-honored way of bringing a character to life instead of…a joke.

Anderson as Roosevelt is by far the most mannered and least convincing in her performance, especially when she’s given a clunker of a line, like, “Don’t push me off. I’m your wife, not one of your gir-el friends.” Her voice, like Kiefer Sutherland’s as Franklin Roosevelt, comes off as lazy parody instead of the more natural way the Roosevelts spoke (in an upper-class American accent never heard today) in surviving recordings of their speeches and media appearances. Sutherland and Anderson play their parts as if Mary Elizabeth Kelly’s TikToks about “mouth acting” were a time-honored way of bringing a character to life instead of…a joke.

Viola Davis as Michelle Obama fares a lot better (though more than one person has pointed out her “mouth acting” in this part) helped by the equally excellent O-T Fagbenle (whom some may remember from Looking and The Handmaid’s Tale) as Barack, Regina Taylor as Michelle’s mother, Marian Robinson, and Jayme Lawson (Farewell Amor) as the young Michelle. Davis moves like Michelle does, and also conveys her conflict over her husband’s trajectory. As one of her friends pointed out shortly before the couple moved to The White House, Michelle was often, for all intents and purposes, a single mother, with her husband away, first in Springfield, Illinois’s capital, and then in Washington D.C. Once when her childcare fell through, she had to take her baby daughter, Sasha, with her on a job interview.

The series succeeds in capturing each of these first ladies’ ambivalence about their roles. Roosevelt had a separate working life from her husband before he became president, which she cultivated after she discovered his long term relationship with her social secretary in 1918. Eleanor’s controlling mother-in-law Sara (played by Ellen Burstyn) held all the family money, and threatened to cut it off if the couple divorced, so they never did. Once FDR was in office, Eleanor was able to help her husband’s agenda (and, Hickok argued, successfully push her considerably more progressive, inclusive one) using her powers of persuasion and political savvy.

Ford never expected her husband to be president: he hadn’t even been elected vice-president but was appointed as a replacement for a corruption-plagued Spiro Agnew. In a way, these three women’s struggles serve as archetypes for the times they lived in: pre-second wave feminism for Roosevelt, in the full flourish of the second wave for Ford (although the second wave started in the 1960s, many of its goals didn’t start to come to fruition until the ‘70s and we see Ford waving around her copy of Betty Friedan’s The Feminine Mystique) and post-second wave for Obama. The scenes that show each woman before she arrived in the White House are instructive: They bring to mind Gloria Steinem’s quote, “Women’s total instinct for gambling is satisfied by marriage.” Roosevelt married her fifth cousin, who could very well have turned out to be just another dissolute, rich alcoholic like both her father and brother. Ford met Gerry while still married to her first husband and was baffled when after her separation Gerry wouldn’t take her calls. When Michelle finds out fellow Harvard Law alum Barack is writing a memoir, you can see a little uncertainty pass over her face, as if she is wondering, “Is this guy just a dabbler or what?”

The series also highlights the tension between what Hickok, writing to Eleanor, described as “the persona versus the person” and The First Lady would be better if it had spent more time on it, instead of showing us hackneyed scenes of Ford relying on her Black housekeeper to save her after she’s knocked back a bunch of pills and washed them down with alcohol. We could also do without the rendering of Rahm Emanuel, who later presided over the murder of Laquan McDonald by police when he was mayor of Chicago (and tried to cover up the evidence) as just a very loyal, if hard-edged, chief of staff for Barack Obama. Still, in spite of its time jumps and periodically corny and cavalier script, a lot of The First Lady, like much of the cast and music (including a buzzed Betty Ford dancing to Mungo Jerry’s “Lime in the Coconut” and the series theme song) is irresistible: a surprisingly fun, compelling and feminist work–which few would have guessed a series about any first lady could be.♦