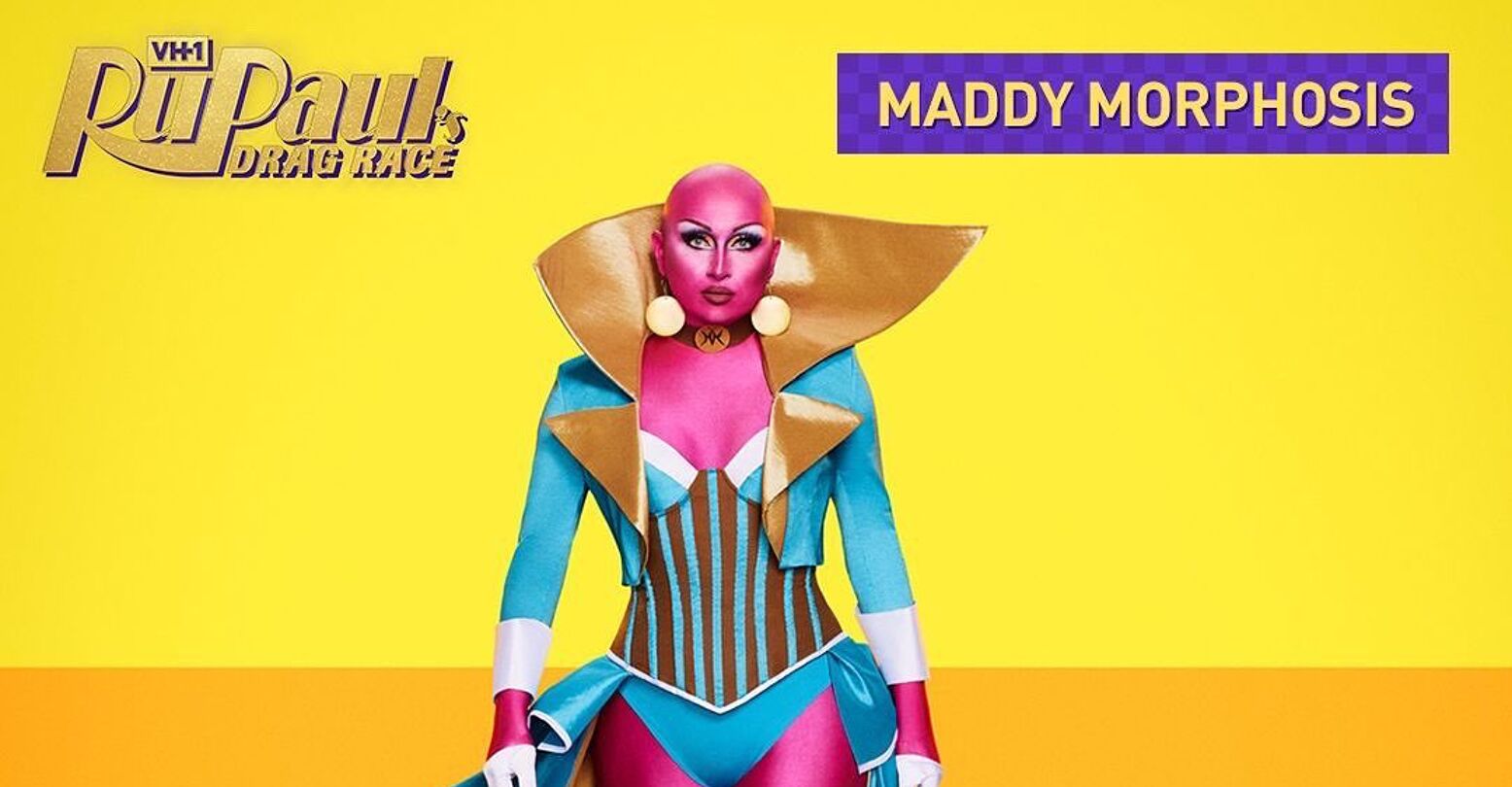 It’s strange but true: Season 14 of RuPaul’s Drag Race will feature the show’s first straight cisgender contestant, Maddy Morphosis, a queen from Fayetteville, Arkansas. In her “Meet The Queens” segment, she addressed the straight elephant in the room.

“I am the very first cisgender straight drag queen on RuPaul’s Drag Race,” she said. “I broke that glass ceiling. It’s finally time for a straight white man to have their piece of the pie, right? While I am straight, I don’t consider myself a straight drag queen. I am just a drag queen who happens to be straight. My sexuality doesn’t define the drag that I do.”

Maddy’s casting opens up a bigger conversation about who gets a seat at the table when it comes to drag. Though by and large people agree that drag is for everyone, seeing a cishet man get a spot on drag’s largest platform before, say, a drag king or an AFAB queen (on the U.S. version — hey Victoria Scone!) definitely didn’t sit right with everybody.

Some pointed out that queer spaces often make room for non-queer people, but not the other way around:

There’s something interesting about how once a platform for marginalized people gets big enough they start letting the other side in, a grace that never seems to be extended in the reverse https://t.co/ap90EKkzSq

Others pointed out that Maddy’s spot could’ve gone to a queer artist in need of the boost:

I don’t care if y’all disagree

Drag race is one of the VERY few platforms that highlights LGBTQ+ talent in the creative arts and acts as a door way for us to get opportunities in the industry, I do not want a cis het white man taking space from someone who actually needs it. https://t.co/lZCc0JFcbX

And then there’s the fact that a plethora of queer people haven’t been treated well by cishet men, and seeing one in a previously safe space is an upsetting move:

Some Drag Race alums voiced their opinions as well, including Victoria Scone, fresh off her run as the first cisgender woman to compete on any Drag Race franchise.

“Yes, Drag is for everyone. But not me seeing this exact quote though: ‘Any cis man being cast I can allow but I still draw the line at a cis women doing drag,’” she wrote. “Behave yourself.”

Yes, Drag is for everyone.
But not me seeing this exact quote though:
‘Any cis man being cast I can allow but I still draw the line at a cis women doing drag’.

Bob the Drag Queen also told us all to calm down, instead drawing attention to the season’s two trans women of color, Kerri Colby and Kornbread “The Snack” Jeté (who you should all be following, btw!).

This response some of y’all are having to Maddy is not the take you think it is.

my thoughts? it doesn’t change anything in my day. I don’t give a damn about come cis straight white guy on drag race. If she’s fierce. . . werq. If not she’ll lose. What I’m excited about is that we have another trans person of color represented on TV.

Maddy herself posted about the situation on Instagram, writing, “I think one of the best things to come out of my casting is that it’s kicking up a lot more talk about representation in the drag scene. And I hope that it helps lead to more marginalized groups being showcased and represented.”

Really, though, this debate isn’t about Maddy: it’s about the producers who made this casting decision who need to open the door to more kinds of drag performers.

my take on the season 14 cast reveal is that all the contestants are stunning, including Maddy. The hate and anger shouldn’t be going towards her, as anyone can do drag. It should be going to Ru/Drag race US for casting a cishet man before any cis AFAB performers

But also, let’s be real: a straight man on Drag Race? The jokes write themselves.

Some posited which lip sync numbers a straight queen would slay:

Prior to tonight, you were asked to prepare a lip sync performance to Shape of You by Ed Sheeran https://t.co/Sznz9ERbFS

Some thought about how the show might change to accomodate *gasp* a straight person.

watch them give her a beer in untucked https://t.co/YI99wJRjYh

“we, as gay people – and maddy – get to choose our families” https://t.co/97ssLshgad

If y’all see my baby daddy on drag race DO NOT INBOX ME.. I already know 🙄😒 https://t.co/BflCw5KiiB

And sometimes, jokes aren’t necessary. This situation is comedy gold all by itself, no commentary required.

Maddy’s casting isn’t all good or all bad, but one thing’s for sure: It’s got us all talking.