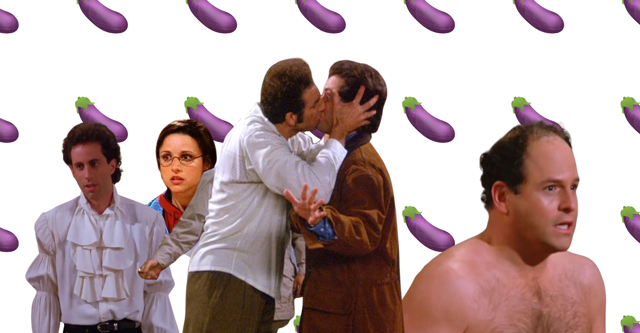 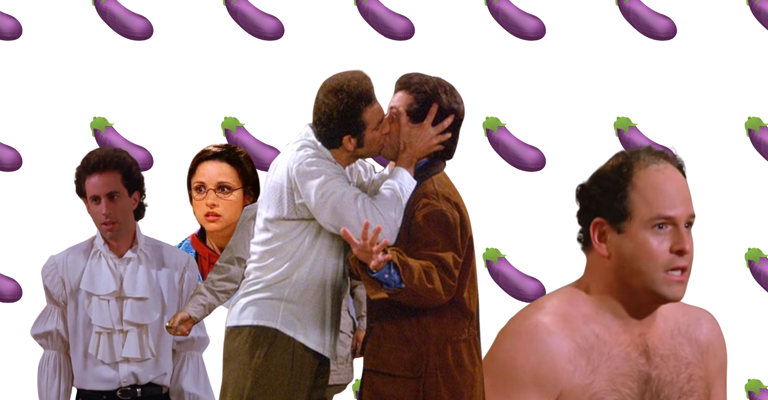 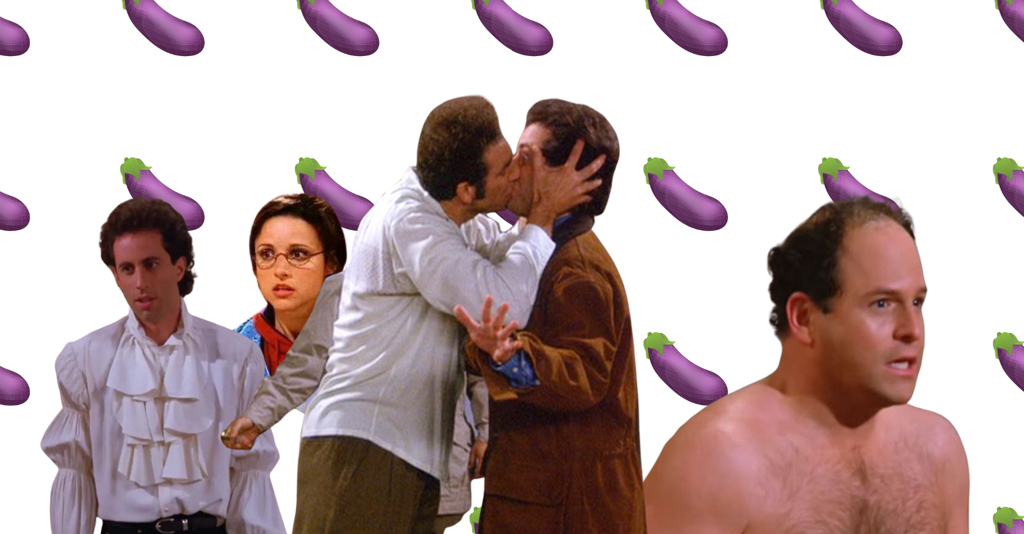 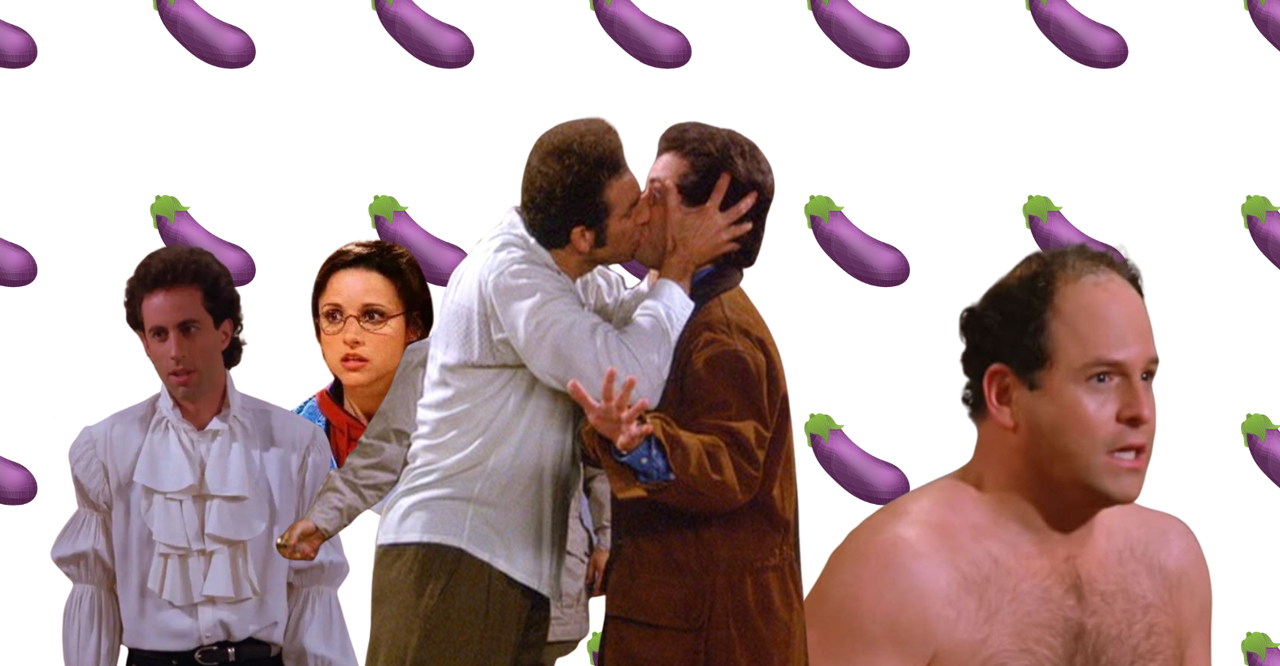 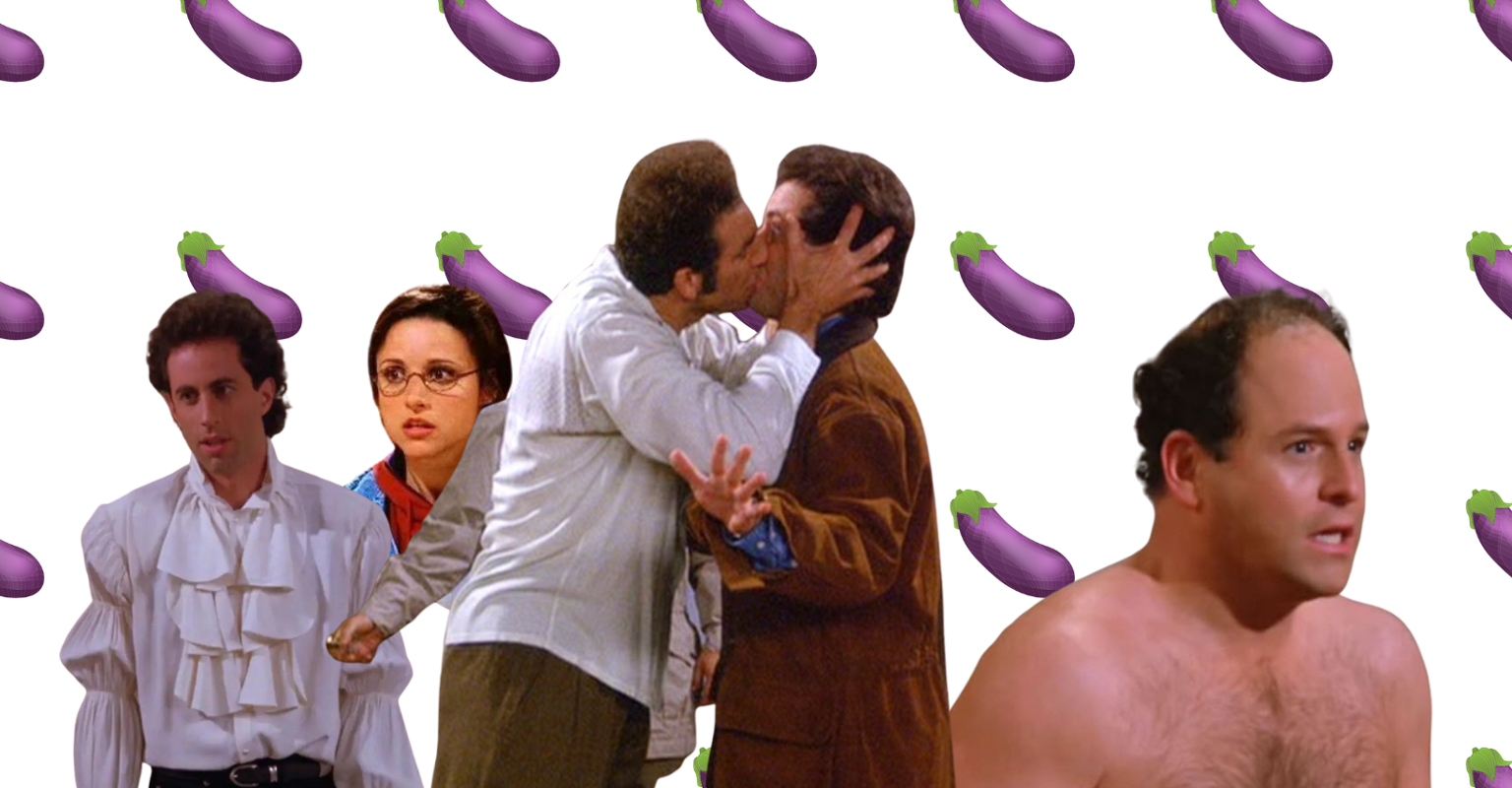 Did you ever notice how every sitcom in the 90s ended up grappling with gay panic?

From Ross’s paranoia around his lesbian ex-wife in the early years of friends to the way that Frasier made sexuality farcical in episodes like ‘The Matchmaker’ and ‘The Ski Lodge’. The 90s were the decade of both the explosion of shows that would essentially create the modern American sitcom, and the spectre of gay panic that would periodically rear its head.

But of all the major shows to come out during that decade, the one that approached gay panic the most—and in the most interesting ways—was “Seinfeld.” While it’s tempting to assume that this queerness begins and ends with the iconic Season 4 episode “The Outing” (which won a GLAAD award), “Seinfeld” is, surprisingly, much queerer than that. It’s not just because of the ways in which it (continually) approaches gay panic, but by seeming to create a meaningfully queer, somewhat fluid space for its characters. The final punchline of “The Outing” is a guy coming over to Kramer’s apartment to fix the phone, and everyone across the hall briefly thinking that Kramer’s gone cruising, before he reappears to say “he’s the phone man,” pausing, then adding “not that there’s anything wrong with that.”

What’s interesting about this scene—along with the many outings in “The Outing”—is that they’re treated as non-events. When Kramer first reads about “the comedian and his longtime companion” in the paper, his response is to say to Jerry “I thought we were friends,” sad about not being told, as opposed to being angry about what he thinks of as the truth.

The 90s were the decade of both the explosion of shows that would essentially create the modern American sitcom, and the spectre of gay panic that would periodically rear its head.

But it isn’t Jerry being written about as gay in “The Outing” that shows him at his most queer; that honor belongs to the friendship he strikes up with baseball player Keith Hernandez during the two-part episode (one of the few in “Seinfeld’s” run), “The Boyfriend.” These episodes capture what it is about Seinfeld that made it uniquely able to create a strange space for its characters to be queer: the ability to not name anything, and simply allowing the show’s obsessive look at the minutiae of social conduct to reveal the queerness beneath this relationship. When Jerry talks about waiting for Keith to call – saying things like “and here I meet this great guy, this ball player, and he doesn’t call” – or worrying about the shirt he chooses to wear for their definitely-not-date, the show allows him to do so without calling it, or him, queer. Elaine undercuts his anxiety by saying “Jerry, he’s a guy.” But rather than undermining the idea of Jerry being queer, it ends up reinforcing it; nothing about the way Jerry approaches his courtship with Keith changes because of the reminder that he’s a guy. And when Elaine enters the fray, things get messier, queerer, and more fluid.

Keith asks Elaine out on a date, and Jerry doesn’t seem too comfortable with it. But nobody knows why that is; Elaine even asks “are you jealous of him or are you jealous of me?” The answer ends up being the latter, but the fact that the question needs to be asked reveals an innate queerness in Jerry – he is, after all, single, thin, and neat. The end-of-the-night scenes for both Jerry and Elaine with Keith play out in the same way. Where he wants a handshake, she wants a kiss, but the anxiety is the same: the fear of coming on too strong, of not knowing what Keith wants or how to ask for it. And for Jerry, this isn’t a platonic handshake; all of his anxiety about the shirt and the call, frame it as something romantic.

It becomes a kind of queer romcom with Jerry as the Disaster Bi at the heart of it: the new guy, the old girlfriend, all in one messy triangle of desire that none of them can articulate.

This inability to describe—or even understand—desire is also what makes George Costanza so wildly queer. In “The Note,” the first episode of season three, some kids call George a Mary. He explains that, while jumping over a puddle, he struck a feminine, balletic pose, and as a result, got called a Mary. Kramer’s response? “Yeah, you know, kids can be very perceptive.”

“The Note” is the first of many times that George grapples with the idea that he might be queer. There’s a tense back and forth with Elaine when George discovers the massage he’s waiting for will be given to him by a man; a tension of both whether or not he might like it, and if he’s “supposed to like it.” Raoul, the masseuse, with his white shirt, blonde hair, and tan, feels like he’s been airdropped into a New York health club from Fire Island. When George gets the massage, he’s tense throughout – insisting the leg injury came from “Korea” – and tells Jerry after the fact: “I think it moved.” George, frantic, insists that this is “the test; if a man makes it move,” although Jerry reassures him that it has to be contact, citing a surprising source: “that’s what a gym teacher once told me.”

The conversation between George and Jerry about what constitutes “the test” for queerness isn’t treated as anything other than a normal conversation in the world of “Seinfeld,” something that echoes through a lot of the ways that the show approaches queerness; like the way Jerry frets over Keith just like he would a woman during “The Boyfriend.” The same thing happens in ‘The Outing,’ when an NYU student reporter profiles Jerry and George, thinking that the two of them are a couple. The conversations that the two men have – about George’s shirt, about whether or not Jerry washed a pear – don’t change in tone, or lean into anything about the two of them to somehow make it more queer. Instead, the way that the context of their relationship changes – from something platonic to something queer and romantic – reveals an undercurrent that was always there. Through the show’s focus on the granular details of social life—where loving or hating someone can change with any new pieces of information, from someone’s politics to the size of someone’s hands—”Seinfeld” becomes a space that’s inherently fluid and, by extension, inherently queer.

These ideas come crashing together in “The Beard,” when Elaine goes on dates with her gay friend Robert to conceal his sexuality from a conservative boss, only to find herself falling for him and trying to get him to “change teams.” In classic Seinfeld style, this is an idea discussed in agonizing detail exclusively through idiom: Jerry calls it “conversion,” Elaine tells Robert that her team “really needs a shortstop.” She’s even initially successful; she runs into Jerry on the street and says “I turned him, he defected,” and in a moment that showcases the fluidity of these characters, Jerry briefly adopts a classic Elaine-ism: saying “get OUT” while shoving her backwards. And even if the conversion/defection/team-switching doesn’t stick and Robert returns to homosexuality by the end of the episode, it never feels like it undermines all of the fluidity that’s come before it.

It’s tempting to assume that a lot of the queerness in “Seinfeld” is – as it is in a lot of the show’s contemporaries – rooted in a kind of panic, or (un)spoken homophobia; when Elaine says to George that “just admitting another man is handsome doesn’t necessarily make you a homosexual,” his response is “it doesn’t help.” But when the show focuses on queerness, it treats it with the same offhand “not that there’s anything wrong with that” energy as befits a show about nothing. When Jerry says “I’ve been outed… I WASN’T EVEN IN,” it reads as both the ways in which he’s straight-passing, but also about a potential, unspoken queerness that exists between him and all of his friends

By treating queerness as just another element of the social contract to be scrutinized to death, the show allows its characters to explore, however temporarily, the realities of queerness, and the parts of their identity that they keep lingering below the surface.♦

Tags: 90s, Editor's Pick, gay Seinfeld, Gayest Episode Ever, George Costanza, Not that there's anything wrong with that, queer headcanon, Seinfeld, Sitcoms, The Beard, The Outing