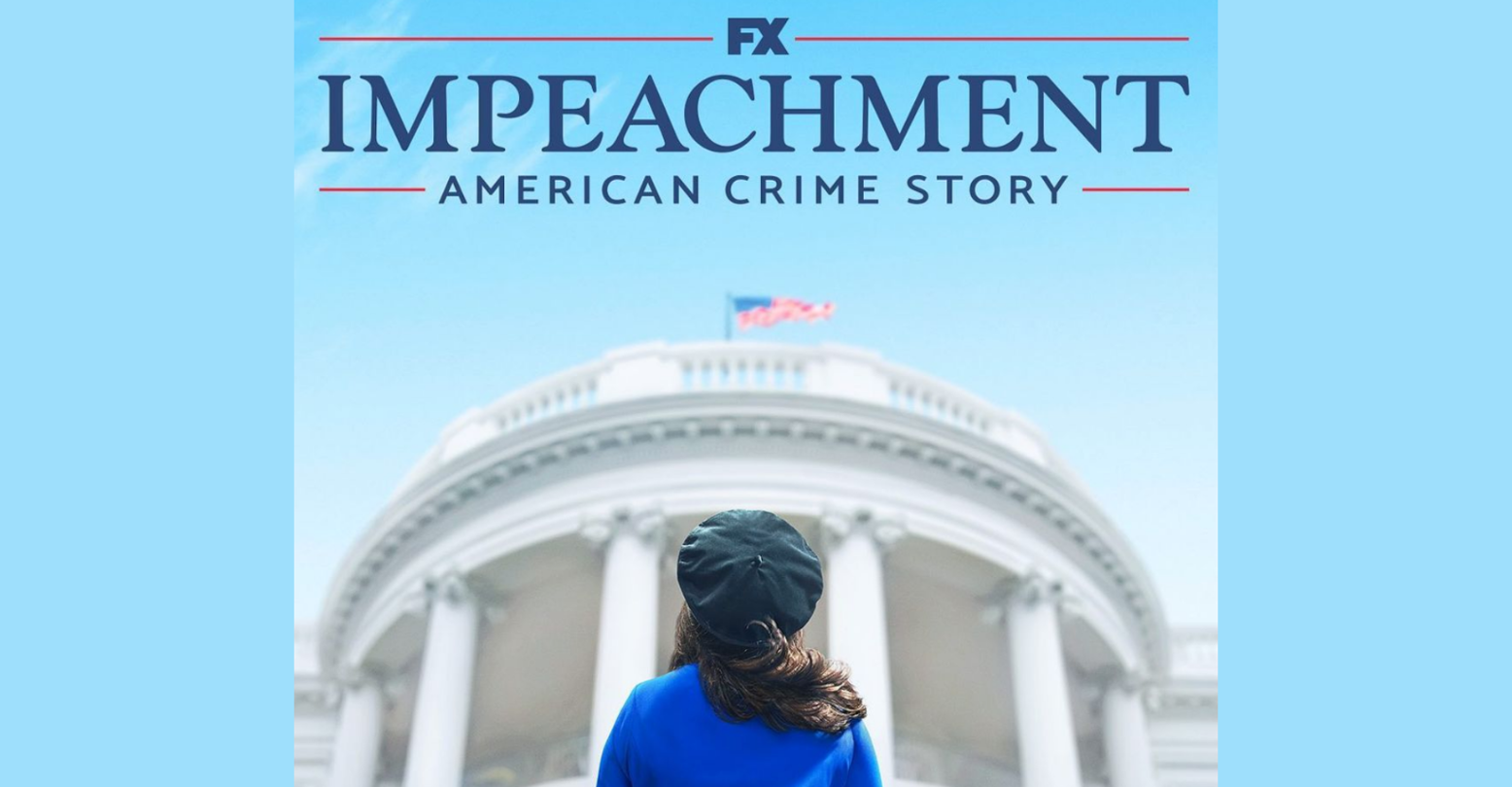 Today brought us the first glorious poster image for Ryan Murphy’s upcoming “American Crime Story: Impeachment” and I don’t know about you, but I’ve been waiting for this since I was six years old.

Actually I’ve been waiting for this for about six months, even since that first, utterly unrecognizable image of Queen Sarah Paulson as Linda Tripp dropped a minute ago.

Sadly, this latest drop, much like the Tripp photo, doesn’t give us a lot to go on. But do the gays need a lot to go on? No, we don’t. Give us a mere glimpse of that blue dress and we’re pretty much happy. Anyway, that was my response.

The new poster is simple, elegant, and utterly perfect: a woman in a blue satin dress (MONICA!) stands before the White House, looking hopeful. She’s not only wearing the infamous blue dress, but she’s wearing the classic beret as well. It’s both a sad and hopeful image, ominous in terms of what the crisis did to a once-hopeful young politico and hopeful in the sense that Lewinsky has done a good job speaking for herself and asserting her own autonomy in recent years.

As soon as creator Ryan Murphy posted the image, folks in the comments were begging for him to release the first trailer. But something tells me we’ll have to wait a bit longer for that. Unless Murphy is fixing to pull a Gaga/House of Gucci move. Which would be awesome, for the record. Also, the release date of September 7th is so close we can almost taste it.

So yeah, make with that trailer Ryan! I can’t wait to see what prosthetic wonders you’ve done to Clive Owen.