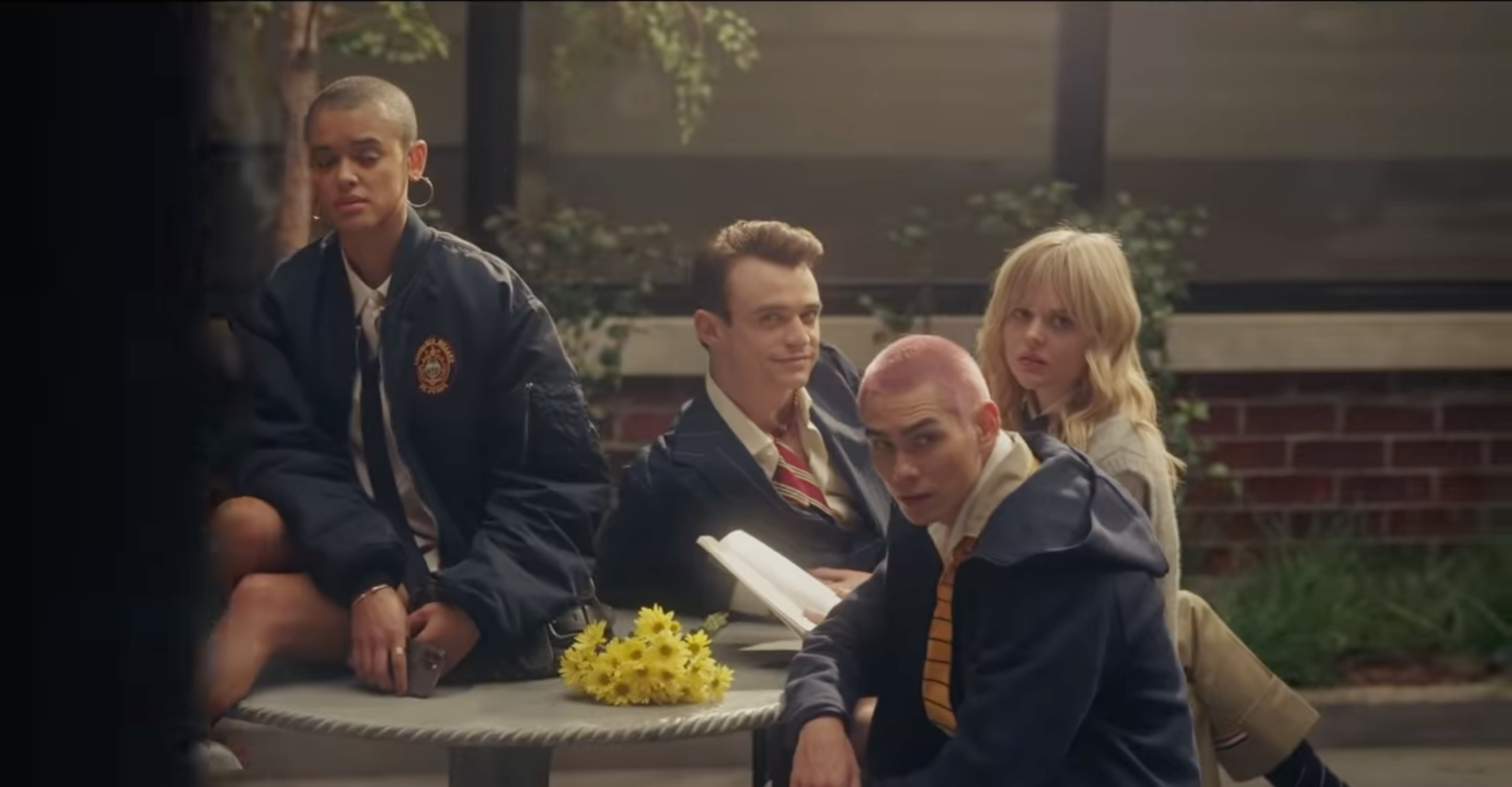 If you’re old enough to remember Gossip Girl’s original run, you probably remember the exhilaratingly porny ad campaign for the show’s second season in 2008. (If you’re not, here’s a fantastic refresher.)

Now that HBOMax’s Gossip Girl reboot has finally given us its first trailer, it’s kind of quaint and adorable to think that that was what we found scandalous in 2008. In the original Gossip Girl, the sex scenes were scandalous, music-video-style montages set to Top 100 hits. It felt transgressive to see all those 27-year-olds playing high schoolers actually like, you know, fuck. Or pretend to convincingly.

The new show, of course, makes the old show look like a quiet night of needlepoint. And that’s definitely a good thing.

Part of the new Gossip Girl‘s promise was to turn the previously all-white, majority heterosexual world of Constance Billard School into a more realistic, diverse representation of an upper class clique on the Upper East Side. That includes sexual and gender diversity, as well. When the first series was on air in 2007, gay representation was still in a troubled place, with shows like “The L Word” and “Queer As Folk” being kind of the only game in town. Sadly, as groundbreaking as Gossip Girl was, they kept their one gay character, Serena’s brother Eric, in the closet (and in rehab) for the majority of the first few seasons. The show was always painfully straight and white, and it made no bones about it. The reboot’s trailer, however, shows just how far we’ve come since the show’s original run.

Obviously, the trailer doesn’t tell the whole story, but it does look promising. Perhaps a visit to Victrola 2.0 is even in the cards?

Guess we’ll have to just wait and see,