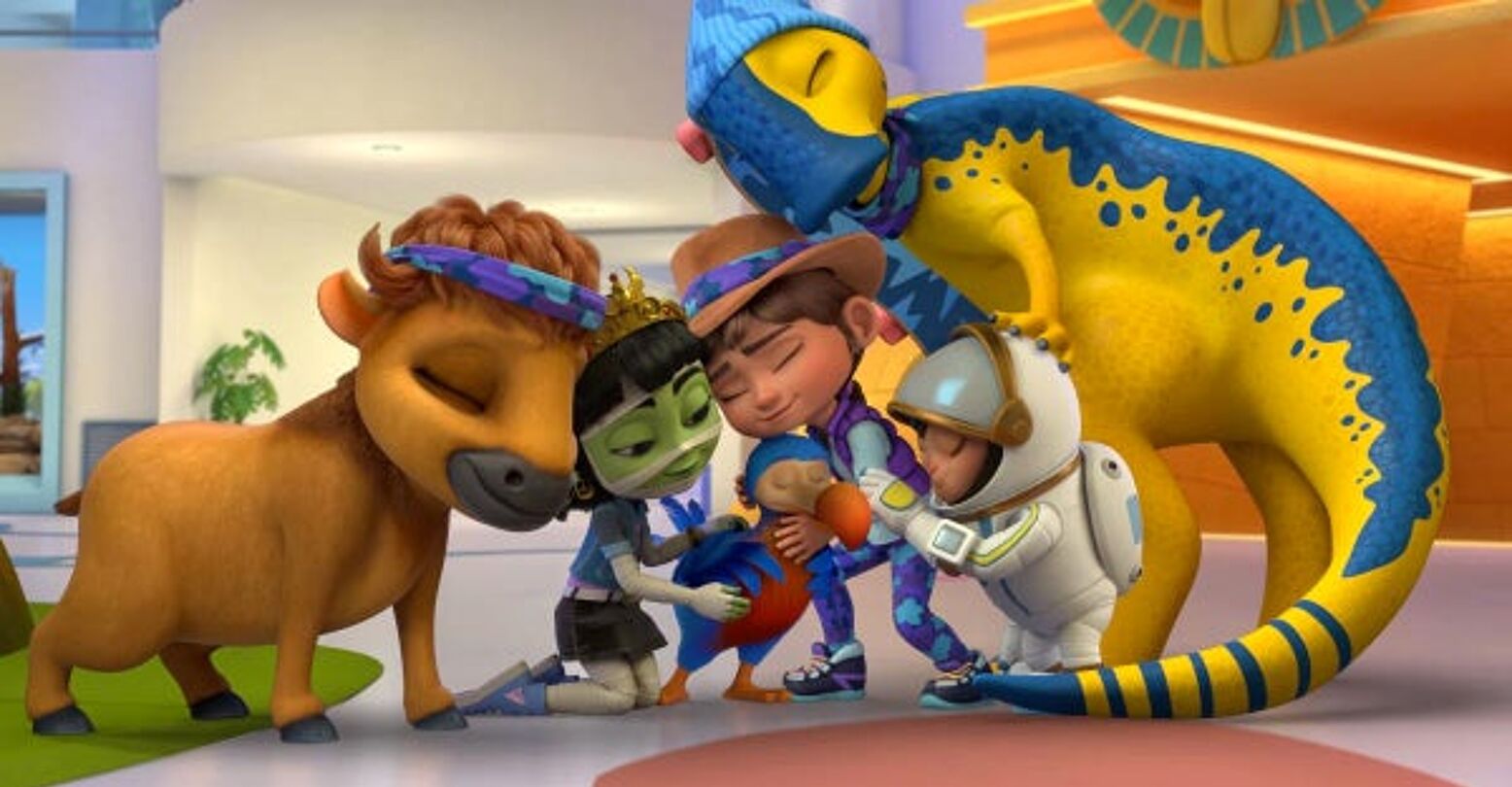 Ridley Jones a new animated series comes to Netflix with its eclectic cast of characters featuring a non-binary bison!

The new Netflix hit for preschoolers revolves around a 6-year old girl who adventurously resides in a treehouse within the Museum of Natural History. With her mother and grandmother by her side, Ridley Jones, voiced by Iara Nemirovsky, watches in awe as the exhibits one-by-one come to life at night.

As the exhibits transition from stagnant to lively, animated beings, Jones is introduced to various figures of history we could only dream of meeting, including Fred the non-binary bison with their perfectly coiffed hair.

Upon first seeing Fred in the premiere episode, Ridley Jones asks her friend Peaches the monkey if Fred is “a he or she?” To which Peaches replies, “I don’t know. They’re just Fred.” The conversation comes to a concise and radically accepting close with Ridley’s gleeful: “Cool.”

Fred is delightfully voiced by Ezra Menas, the same non-binary actor who played Odee the non-binary Okapi in Madagascar’s A Little Wild spin-off show. The hiring of Menas for Ridley Jones, created by gay screenwriter Chris Nee, highlights a promising trend of encouraging non-binary trans folks to actively participate in their own representation within the realm of children’s television.

Nee even told AP , she purposely sought to “push the boundaries of representation” with Fred’s role on the show. The ability to push boundaries is only then made possible when showrunners like Nee make the decision to specifically hire trans non-binary people for trans non-binary roles.

With Nee herself being gay, it becomes clear each initiative for inclusion was done with deliberate attention to the often-overlooked details of the queer experience, “In many ways, Fred is playing out a lot of things that I felt as a gay kid growing up in the `70s and the ´80s.”

Fred explores the idea of introducing gender identity at a young age in the same way one would introduce the idea of brushing your teeth: for the reason that it improves a child’s ability to love and care for themselves. Nee highlights why it’s important to have  a positive representation of trans non-binary folks on television, especially on a show for kids, “You might be at a moment of finding your true self, which is a very joyful thing, at a time when you’re looking at the news and are very aware there are factions of the country who really hate you.”

When asked as to whether or not she thought a pre-school audience was too young to comprehend Fred, Nee adamantly shut the question down: “It’s just actually what’s happening in the world, and we’re reflecting it. Sticking your head in the sand isn’t going to change that, and it is going to mean that we’re not being as supportive as we can be to the kids who are going through these things.”