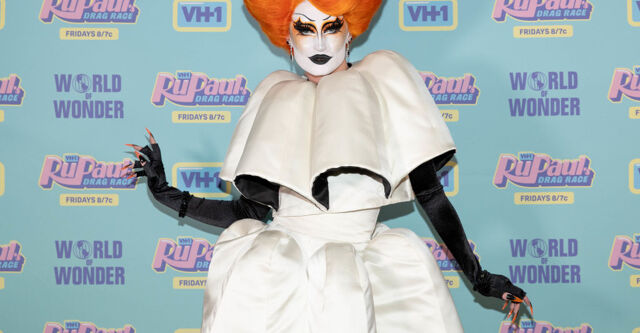 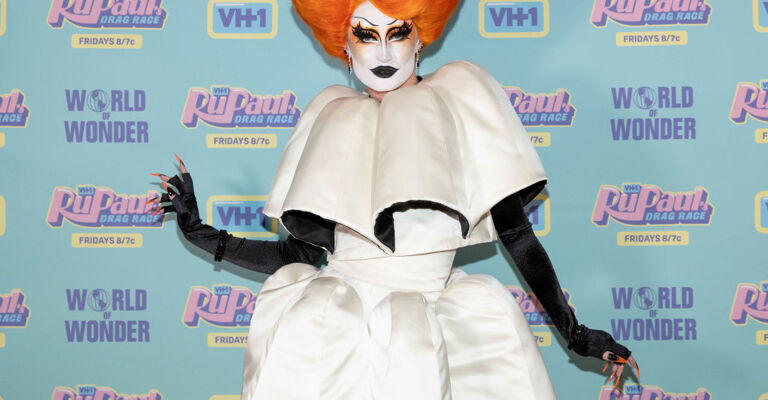 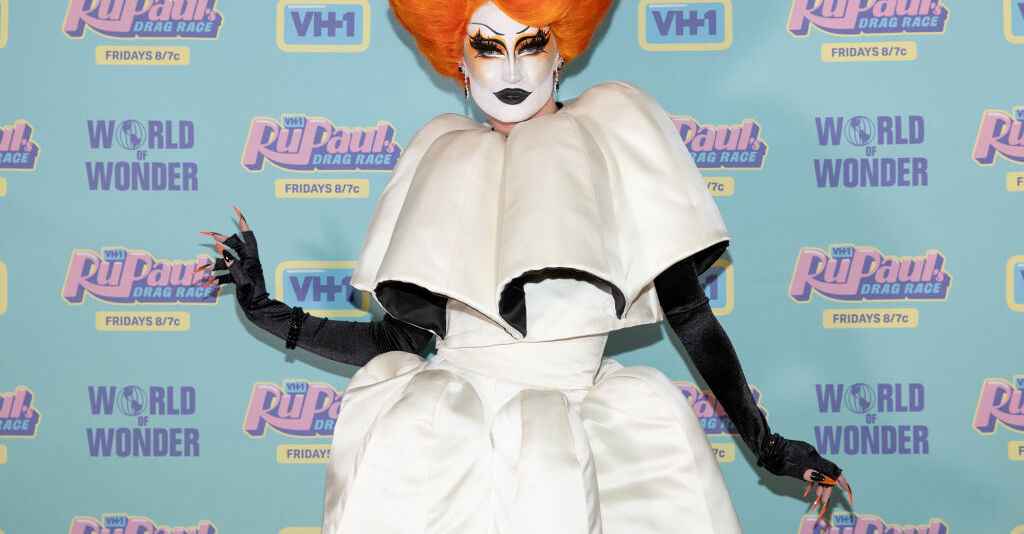 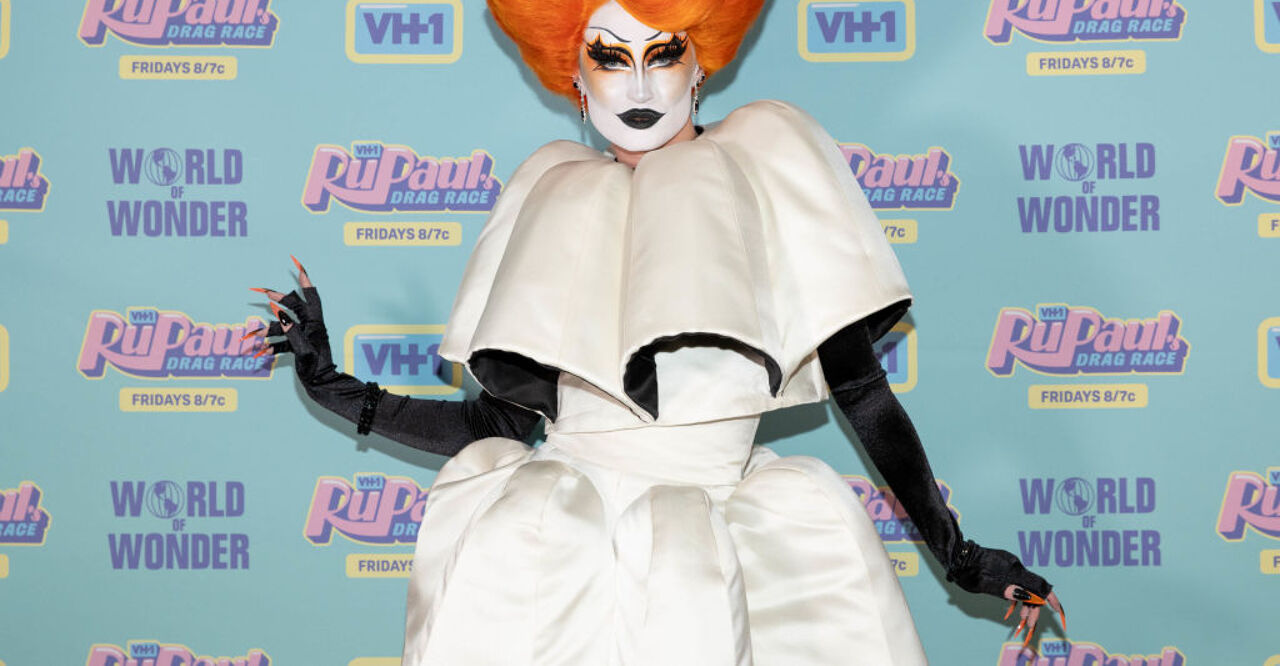 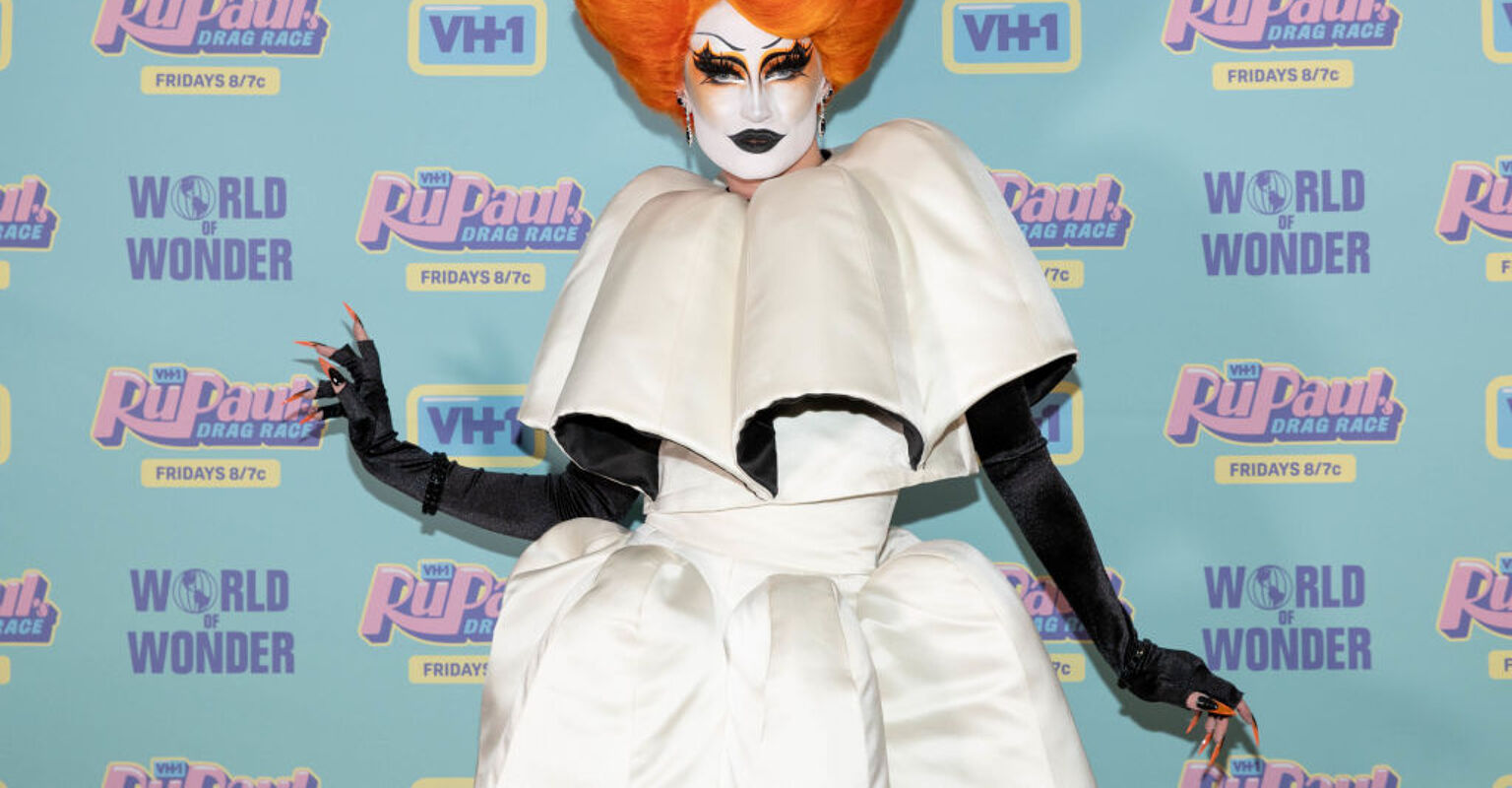 RuPaul’s Drag Race is about to wrap up its 14th season, and for the first time ever, there are multiple trans contestants competing in the grand finale. But it’s been a long and rocky journey for the franchise when it comes to trans representation. Let’s dive into the history of trans representation on Drag Race, from its first inklings on Season 2 to the plethora of trans excellence on Season 14.

The first trans woman to compete on Drag Race was Kylie Sonique Love on Season 2, though back then, she just went by Sonique. Kylie actually started her transition prior to being on the show, but she came off of hormones to compete. It wasn’t until that season’s reunion that Kylie’s transness came up on the actual show.

“I haven’t been happy for a really long time in my life, and I never understood why,” Kylie said. “I just had to be honest with myself, and I’m a woman. I’m not a boy who dresses up. I feel like the only thing I’ve ever done right was go to a doctor and start transitioning. I’ve never been happier in my entire life.”

That wasn’t the last we’d see of Kylie, but it did mark the first time trans issues were brought up on Drag Race.

Season 3 contestant Carmen Carrera never came out as trans while on the show, but leaving her off this timeline would be criminal considering the impact she had on the show’s treatment of trans people. She unabashedly spoke out against the transphobia on the show, particularly that the show’s Ru-Mail segment used a transphobic slur in its catchphrase. Thanks to her advocacy, the show dropped the slur in Season 7, replacing it with the “she-done-already-done-had-herses” we know and love today.

In Season 5, we saw the first trans contestant to come out during the competition, not at the reunion: Monica Beverly Hillz. In the season’s second episode, Monica broke down on the runway.

“I’ve just been holding a secret in,” Monica said. “I’m not just a drag queen. I’m a transgender woman.”

That episode, she fell into the bottom two and performed a lip sync to “Only Girl (In The World)” by Rihanna. Could there be a more perfect song to cap off that moment?

Later, in the season finale, Monica clarified the difference between being trans and doing drag, something people outside of the queer community (and even some folks within it have always struggled with: “Trans is what I am, drag is what I do,” she said. Take notes!

No more out trans contestants appeared on Drag Race until Season 9, when Peppermint made herstory as the first queen to be openly trans prior to being cast on the show. Not only did Peppermint compete, but she made it to the top two of the season, the highest placement a trans contestant had ever received. Along the way, she became a fan favorite (and the true Miss Congeniality — sorry, Valentina).

Not long after Peppermint came Gia Gunn on All Stars 4, who, unlike the previous contestants on this timeline, never had a coming out scene on the show; though Peppermint was openly trans before being cast, she still came out to her fellow queens during the season. Gia’s put her foot into her mouth plenty of times since (and pissed off RuPaul to the point that she won’t be back on our screens any time soon), but her run on All Stars was nothing short of iconic.

Season 13 brought a whole new kind of trans representation, with contestant Gottmik being the first trans man to ever compete on the show. She made it all the way to the finale, winning major challenges along the way and dazzling us with her comedy and makeup skills

When speaking to her younger self on the show, Gottmik said, “You just need to realize that you have to live your truth. And the second you trust that you know who you are, your whole life is gonna change. … You’re gonna be able to look in the mirror and say, ‘I love you.’”

On All Stars 6, Kylie Sonique Love’s story came full circle when she returned to compete, this time as an openly trans woman (one of two — Jiggly Caliente, another openly trans contestant, also competed on this season). Kylie reminded the world how fierce she is, and she even snatched the crown, making her the first trans winner on a U.S. season of Drag Race.

Season 14 has been hailed as the transest season yet, and for good reason. When the season first started airing, there were two confirmed trans women in the cast, Kerri Colby and Kornbread “The Snack” Jeté. That already made this the regular season with the most trans representation in Drag Race herstory.

🎂• Today I turn 30 years old.
🏳️‍⚧️• On this same day last year I started my transition into the amazing woman I am today! I appreciate you all! From friends family and my new family thru @RuPaulsDragRace @WorldOfWonder let’s make this year INSANE pic.twitter.com/2pER7sZx8d

But things didn’t stop there. In a tearful episode of Untucked, contestant Jasmine Kennedie revealed that she also identifies as a trans woman, and that seeing Kerri’s beauty and confidence helped her feel comfortable sharing that with the world.

“Before coming here, I was about to start hormones. And coming here, I was scared, and I didn’t want to have to go through that process while going through this. But seeing Kerri, seeing how confident she is in who she is, it just further affirmed what I’ve been feeling my whole life.” Jasmine said. “I can’t lie about it anymore. I am trans.”

When another queen asked how she felt having said that, Jasmine said just one word: “Happy.”

After the season wrapped, two more of the season’s queens came out as trans via social media. First, Seattle queen Bosco revealed she identifies as trans and uses she/they pronouns. Then Willow Pill came out as trans femme, using they/she pronouns. Overall, Season 14 has five trans contestants out of 14 total — that’s over a third of the cast. And with both Bosco and Willow competing in the grand finale, there’s a good chance that one of them will win the crown and become the first out trans winner of a regular season of the show.

A post shared by Bosco: Demon Queen of Seattle (@hereisbosco)

This timeline only begins to touch on the plethora of fabulous trans contestants who’ve competed on the show, including Gigi Goode, Laganja Estranga, Trinity the Tuck and so many more. Including international versions, there are even two more trans winners: Angele Anang from Thailand and Vanessa Van Cartier from the Netherlands.

It’s hard to imagine Drag Race without the contributions of all these fabulous trans artists, and hopefully, the show will only get more and more trans inclusive as it goes on. Because, let’s be real: trans queens do it better.