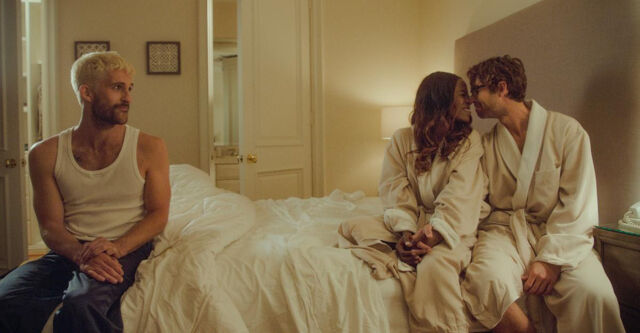 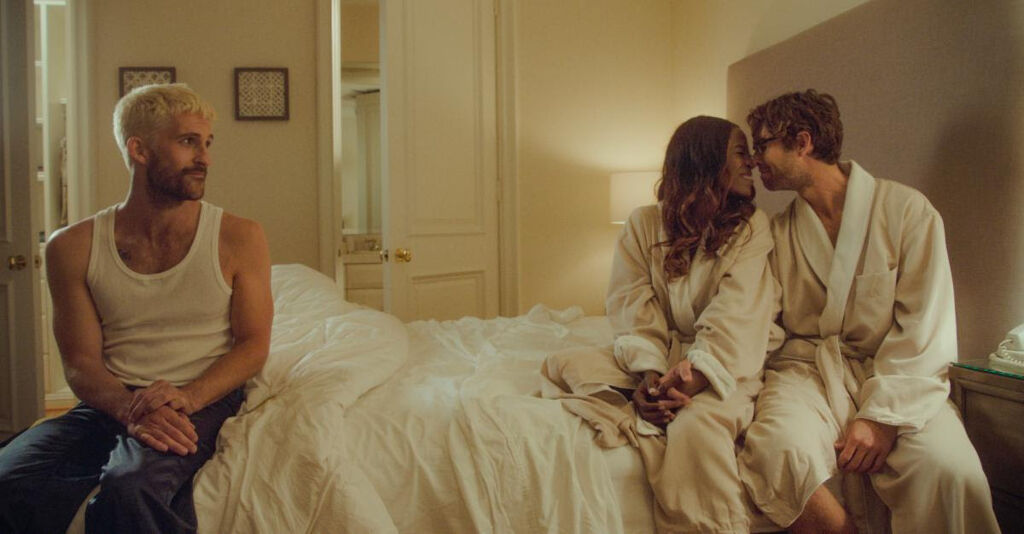 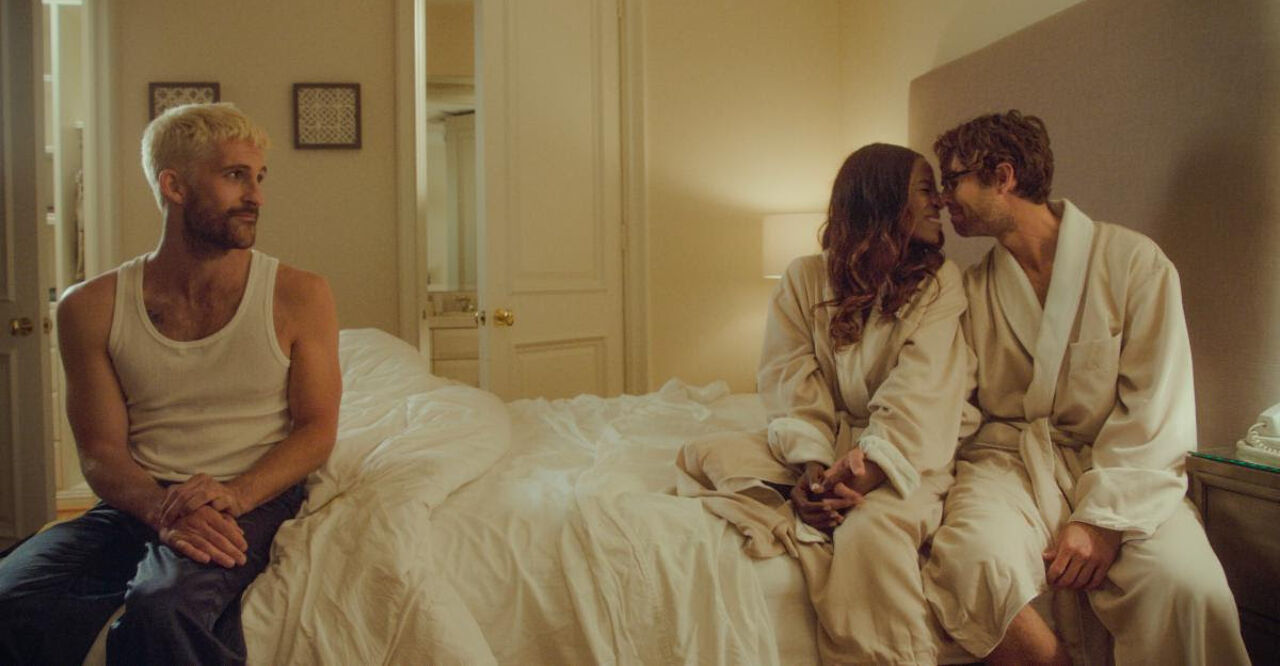 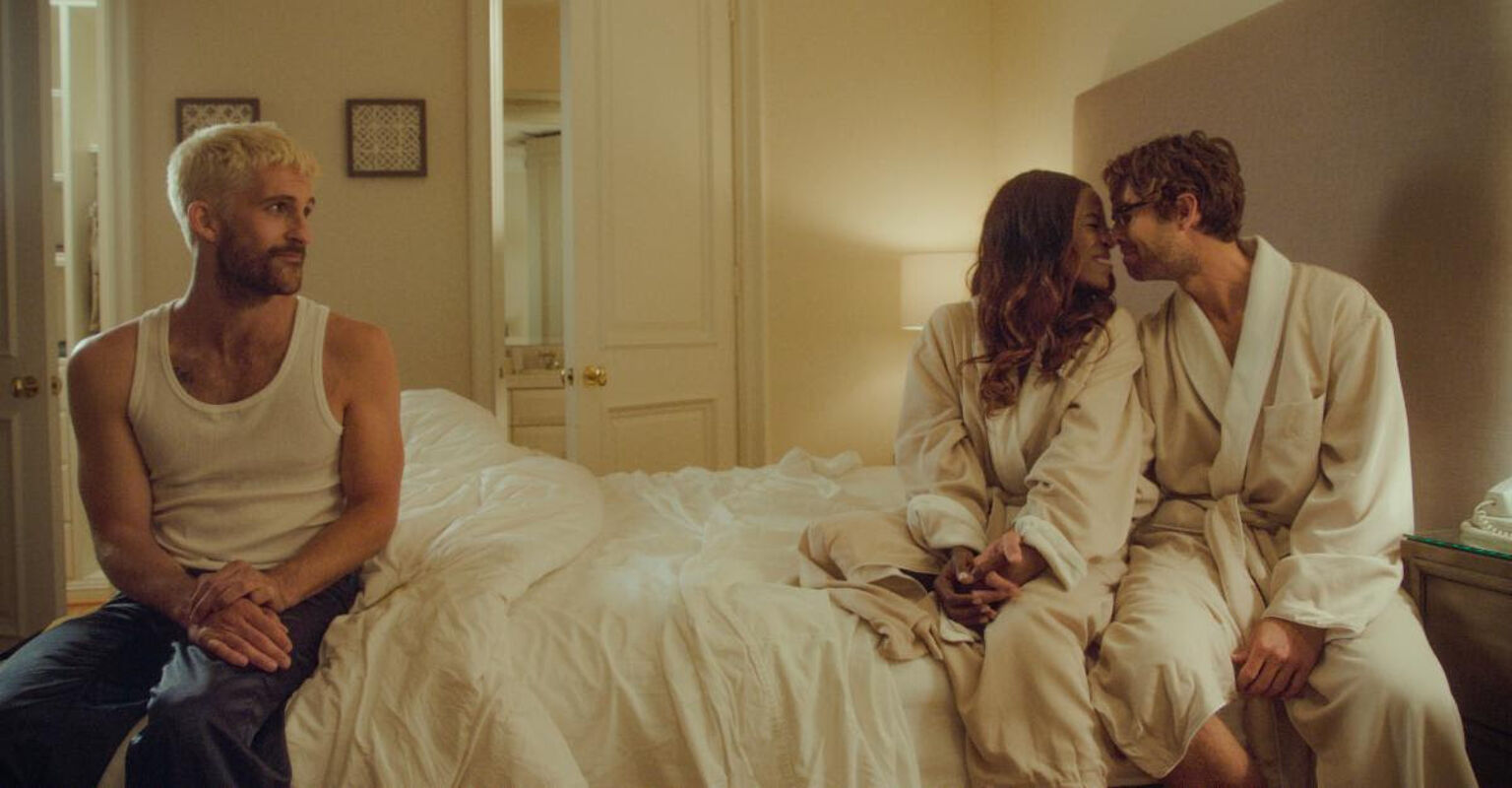 Grindr is known as a hookup app — for good reason — but now it’s entering the world of streaming with its first original series, “Bridesman,” which premiered on Saturday at Outfest LA.

“Bridesman” follows Terry, an obnoxious gay man in his best friend’s bridal party. Disillusioned with the idea of marriage, he tries to break them up — by sleeping with the groom.

Onieal pulled the concept for “Bridesman” from his own life, having served as a bridesman in plenty of his friends’ weddings and realizing the comedic potential.

“When you challenge the gender binary within those traditions, it feels really goofy. And so sitting in a ton of churches and at a lot of bridal showers, etc., I thought this would be a great concept,” he says. “I would love to recenter the narrative from the bride and groom to the gay.”

Terry, the gay in question, is played by Jimmy Fowlie (“The Other Two”). Playing Terry was a challenge, says Fowlie, just because he’s such a horrible person.

“I was having trouble finding redeemable qualities,” says Fowlie. “But I think there’s something fun about seeing this trainwreck of a person. And he is so confident — sometimes he says the stuff that you wish you could say. I think sometimes it is kind of fun when someone’s a little mean or a little spicy.”

The show is wildly over the top — at no point is it aiming for realism. No spoilers, but “Bridesman” could just as easily by a spy thriller as a gay comedy.

“My background is pure comedy. I love as many jokes per minute as possible,” says Onieal. “We really set out to have a narrative that was focused on queer people and a queer perspective, and even a queer perspective that I find to be a little bit cynical, but wrap it up in the goofiest, most-jokes-per-minute type of shell.”

Such a focus on comedy, rather than sex, might not be what you’d expect from a Grindr original.

But even through producing media isn’t Grindr’s forte, Onieal says it’s been a perfect partner for this project.

“It did give us the freedom to really explore all facets of this and comedy and gay lifestyle more openly, not fearing the sexual aspects of it, not that this is very sex-centric,” he says. “It was a team of other queer people that got it, got the language, got the humor, and that made it so much easier.”

Indeed, Onieal says that the majority of people involved in the project were queer, an aspect of production that brought the set to life.

“When you have everybody on set loving the humor, it just makes it so much more electric, so much more fun, so much more safe,” he says. “That’s how I want to work going forward, always.”

Having queer people not just behind the scenes but as the focus of the narrative is an overdue change, says Fowlie.

“There is a different level when the project has queer characters at the center, because you don’t really normally get to see that,” he says. “Usually it’s the side character, the supporting, a two-dimensional person who pops up and sells flowers or designs the main girl’s outfit during a makeover sequence.”

That’s certainly not the case in “Bridesman.” Terry, unlikeable as he may be, is decidedly the star of the show, driving things forward through his awful gay antics. But he’s also surrounded by a stellar cast, including Sydnee Washington (Comedy Central’s “Up Next Showcase”) and Shannon DeVido (“Difficult People”).

“Every single role was written really agnostic to personal characteristics. There was never any race or age or capability or sexual orientation in mind for the large majority of the characters,” says Onieal on casting the show. “So it was like, ‘Let’s bring in somebody who has their own cool perspective where they can bring something cool to the role.’”

Will Grindr’s entertainment venture be a success? Only time will tell. But for Fowlie, it’s enough that an authentically queer show like “Bridesman” was made in the first place.

“Bridesman” is available for virtual screening through August 17.