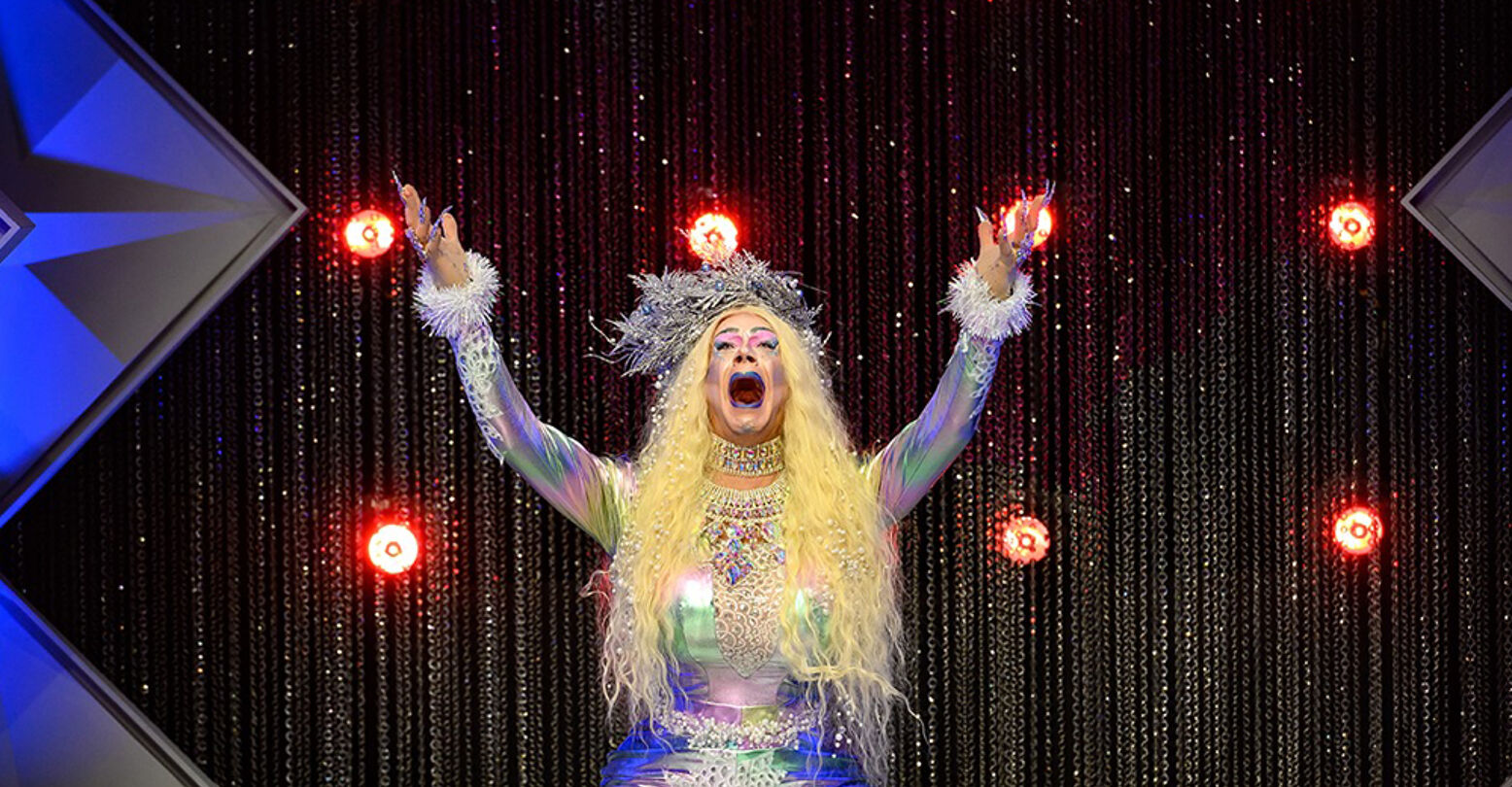 The unthinkable happened on the latest episode of Drag Race UK vs The World. Fan favorite Jimbo of Canada’s Drag Race got the chop.

Jimbo had been in the top every week, first for her talent show performance as Casper the Baloney Ghost, then for mimicking Mama Ru in the RuPaul Ball. But this week, when her performance in the rusical, West End Wendys: The Comeback, fell flat, fellow competitor Pangina Heals eliminated her from the show.

This is a travesty on multiple levels. First, Jimbo had all the making of an All-Stars winner, but her journey was cut short on episode three. She explained the feeling in an interview with Gay Times.

“I kind of likened it to being in a race car,” Jimbo said. “You’re racing, you’re in the lead, having fun, and then some other fuckwad pulls the emergency brake and you just skid out and crash. So, that’s basically what happened. It was a great big giant car crash, train-wreck, and I was tossed to the side and left to die. So, that’s how that felt.”

Also, next week’s challenge is Snatch Game, which Jimbo demolished on her original season as Joan Rivers. That means we’re missing out on what would’ve no doubt been an iconic performance — one that featured a taxidermy turtle, at that.

“I had brought Amy Sedaris as Jerri Blank and I had also brought Bobcat Goldthwait, which is this comedian from the ‘80s who had this really erratic speech pattern,” Jimbo said. “He was very phonetic and rubbed his hair a lot, so it was gonna be a lot of physical comedy as well as some vocal effects. It was gonna be really funny.”

“I had some really funny things up my sleeve,” she continued. “I brought a taxidermy turtle named Shelley, all the way across multiple borders. Shelley was gonna be a hit. It was gonna be Shelley’s moment. Shelley is my pet turtle, who I love so much. Where is Shelley? Oh my god. I realized I haven’t seen Shelley in a while now. She’s probably fine.”

It’s sad to see Jimbo go, but it was damn good TV. Above all, Jimbo says, don’t blame Pangina for the elimination.

And at least Jimbo left the competition an even bigger legend than before.

“It was an epic dream come true,” Jimbo said. “My crown is just being my authentic self and having somebody that I love and admire cherish that and help showcase that.”