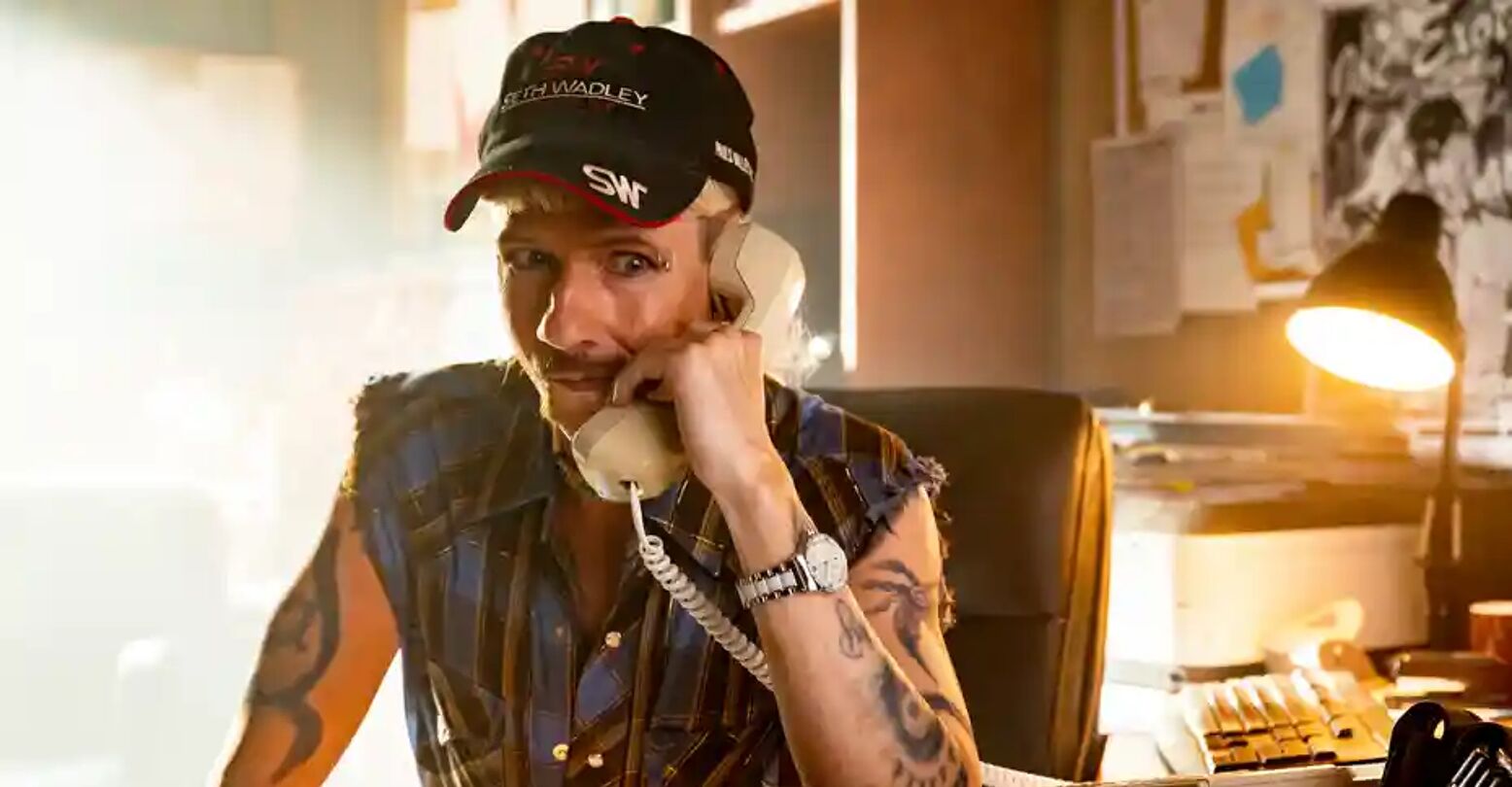 I’ve made no secret of the fact that I love John Cameron Mitchell. As a dedicated Hedwig fan who is often asking people to love the front of me, I’m forever indebted to Mitchell for his bravery, his technicolor vision of a queerer, less gendered world, and his total refusal to be anything but himself in an industry that rewards a complete shedding of authenticity.

So when Peacock’s “Joe vs. Carole” came out a few weeks ago, I did not hesitate in gulping that shit down in a single sitting. Not because it was good–what is “good,” anyway?–but because Mitchell made it good.

Most of us will remember the halcyon days of the early pandemic, back when nobody knew what the hell was going on. There were a few moment-defining shows on Netflix that everybody was stuck at home watching. One of them, the depressing “Love is Blind,” had contestants locked in a room getting drunk on wine at 7 in the morning and talking to another drunk person in an adjacent room under the guise of dating. It was basically “Fear Factor,” but for emotions. The other was a comparably grim reality series called “Tiger King,” based on a season of the Wondery anthology podcast “Over My Dead Body.” In the show, we met Oklahoma big cat impresario Joe Shriebvogel (later Maldonado-Passage) aka “Joe Exotic” and his rival, Florida big cat rescuer Carole Baskin. They hated each other with a passion that only people who share a very specific interest can tap into: it was competitive between them, with both believing that they had the cats’ best interest in mind while waging war against the other.

The Peacock series does right by leaving the cats largely out of it. Because the cats were never actually the story: it was about two personalities interlocking in a dance of death across the South, each determined to have the last word. In the end, Baskin got Joe Exotic’s traveling shows shut down under animal abuse charges, and Exotic in turn took out a hit on Baskin. Exotic is now serving 20 years in county, and Baskin is uniformly hated and mocked on the Internet. Or at least, she was, until people forgot all about her. Pandemic memory, it turns out, is shorter than normal memory: as soon as “Tiger King” ended, it was onto the next torture porn offering, and then the next, and then the next.

But “Joe vs. Carole” reminds us of how it was to learn of these two absolutely insane people, and it does this by leaning into the natural campiness of the conflict itself. And nobody knows camp better than John Cameron Mitchell, who plays the plumb role of Joe with every inch of the gay bombast that made the original so meme-able. Here’s the difference, though: Mitchell brings a cunning sensitivity to the role. You don’t want to feel for Joe Exotic, but you do. While in the documentary, we only got a small flashback to a time long ago, before Exotic became the ego-happy monster he became, when he cradles a tiger cub in his arms and talks earnestly and without flourish about his love for the animals. In the show, we get more of the Exotic origin story. And it’s a tale fit for any gay super-villain. The show—which takes plenty of fictional liberties—places Joe in the past and lets us see how a nearness to wild animals, and to gay life, coaxes a young, closeted kid out of the shadows and into a sense of purpose and self-esteem. We see his first lover die of HIV/AIDS-related complications, and the toll that takes on Joe as he’s left to clean up the mess of an empty hospice bed. We understand—sort of—what happened to this guy. And Mitchell’s sensitive-yet-hilarious portrayal is a big part of that.

“I lived in places he did, so I kind of knew the environment,” Mitchell told New York Magazine in a recent profile. “I love Joe Exotic, even though I don’t condone his behavior.” He wasn’t thrilled about the way the documentary hung him out to dry. “Look how crazy these people are, we don’t particularly care about them, let’s all feel better than them,’ I mean, he was an attempted murderer. But I tried to do right by him in the portrayal so he’s not a monster.”

Mitchell succeeds admirably. In “Joe vs. Carole,” he does what only the finest actors can do: create a vulnerable, living human being out of what was merely a caricature in the camera’s eye.