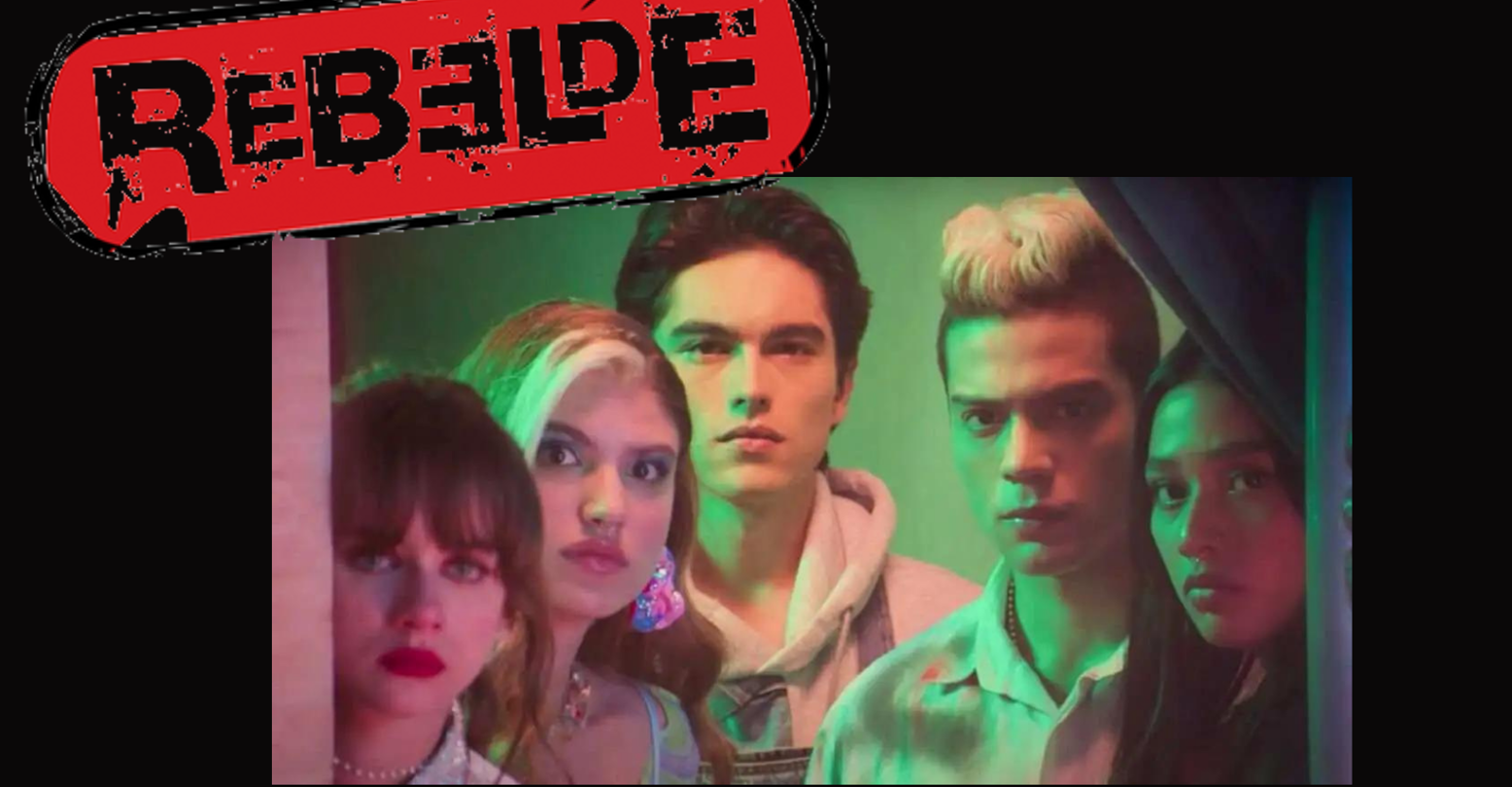 Growing up Latina meant there was always some mushy telenovela playing loudly on the living room TV. The next day at school was always more exciting when you had a new episode of your favorite telenovela to discuss, an important matter, of course. If you’re wondering what a telenovela is, think soap opera. Think lots of drama, and the glorious love triangle trope we all love turned into something more like a love octagon. But also: think mega straight. Because telenovelas have been a staple in Latinx homes from as early as the 1950s, they also inherited the often heteronormative nature of Latinx communities, the idea of macho men and romance ruling over all aspects of life are common themes in the shows. Netflix’s newest Rebelde defies these norms completely while still quenching your telenovela thirst.

Rebelde is the 2022 sequel of the 2004 Mexican telenovela directed by Santiago Limón, a reboot of the original, Rebelde Way, that premiered in Argentina in 2002. Rebelde follows 6 very different first-year students at the prestigious music school, Elite Way, on the outskirts of Mexico City. The typical telenovela features a dangerous mystery that is yet to be discovered, song breakouts, and characters you’ll love to hate. The not-so-stereotypical aspect here is the groundbreaking lesbian relationship between Andi Agosti (Lizeth Selene) and Emilia Alo (Giovanna Grigio.)

And before anyone says anything, no, this is not your typical queer-baity relationship Netflix usually feeds us. They actually kiss and have loads of screen time together as a couple. Emilia is the Brazilian IT girl who runs the school and Andi is the hot new drummer girl: my favorite trope. Arguably the best part of this charming duo is not that they keep their relationship secretive because they are queer, but instead because Andi’s friend group are rivals to Emilia’s friend group. No big coming-out scene, no time wasted having to weave in the queer relationship because in this version of Rebelde, no one cares! The real issue here is sneaking off and making out with the enemy. Not as much of an issue for the viewer though…

And before anyone says anything, no, this is not your typical queer-baity relationship Netflix usually feeds us.

Andi and Emilia’s relationship has shaken up the world of telenovelas. It shows that all the indulgent ingredients that go into a telenovela—the melodrama, the yearning, and the tangled storylines—can still be present when there is a queer couple. And let me say, the TikTok fan edits have begun, the OTP shipping has begun, Andi and Emilia are quickly becoming “the plot” of the show. And although it is thrilling to ship these two characters, it’s also critical to realize what this means for Latinx communities when it comes to queer representation on TV.

The original Rebelde did not have the same portrayal. As popular as it was with Latinx teens, the show didn’t give its audience a fair playing field when it came to every viewer having a character to relate to. Seeing a queer teen relationship on-screen normalizes the idea that you can be cool and queer. In the 2022 version of Rebelde being queer isn’t the only personality attributed to Andi and Emilia. Andi is fiery but soft on the inside, she’s a cool drummer girl who is slowly falling in love with the most popular girl in school. Emilia is a bi queen: she is feminine, witty, and slowly realizing what actually matters. These characters have depth, something so very important when it comes to portraying queer characters. Perhaps a young girl who is unsure of her sexuality can see herself mirrored in characters such as Andi and Emilia, Latinx women who aren’t afraid to express themselves and who also don’t have to explain why they love who they love.

As popular as the original was with Latinx teens, it didn’t give its audience a fair playing field when it came to every viewer having a character to relate to.

The Brazilian actor Giovanna Grigio, who plays Emilia, is not new to the revamping of telenovelas through divine queer energy. She is a pioneer. She has been pulling the weight in lesbian representation as of late and we are all here for it. In 2017, Grigio joined the cast of the Brazilian telenovela Malhação: Viva a diferença as free-spirited Samantha, who falls in love with Lica. Malhação has been running for 22 years. It literally started the year I was born. My grandma watches it. And only in 2017 did they introduce their first-ever lesbian couple. However, there were complaints that they did not have enough screen time for the couple and that they got swallowed up by the, well, 22 years of plot they have been building.

The show has other noteworthy moments to unpack if we had the time. In summary, we also have sly and snobby Luka Colucci (Franco Masini) who is openly gay. My personal favorite Luka moment? When he puts his pretentious personality to good use and bashes someone for not using the gender-neutral word “todes” in meaning “everyone” instead of the feminine “todas” or the masculine “todos” in the Spanish language. Rebelde is super aware of their Gen Z audience from the topics they choose to tackle to the outfits you’ll want to steal after a couple of episodes.

Watching Andi drop her drumsticks and fumble at the sight of Emilia makes us all queasy for her. We are all gripping our seats when they share their first kiss behind a trash bin, they give us that enemies-to-lovers fantasy we crave. It’s refreshing to feel all the stages of love with these characters without the anticipation of a horrible coming-out scene or a tragic end to a love story. It is important to tell the story of queer struggle, but sometimes, we just need queer joy and love sans the pain. ♦