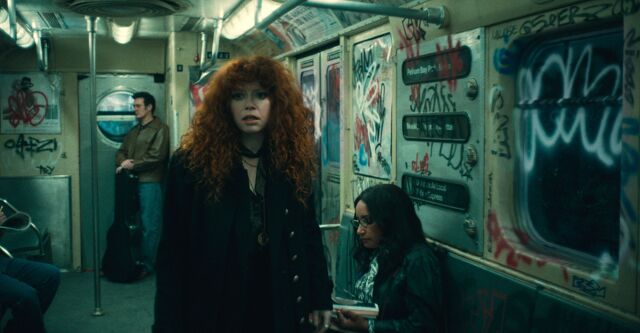 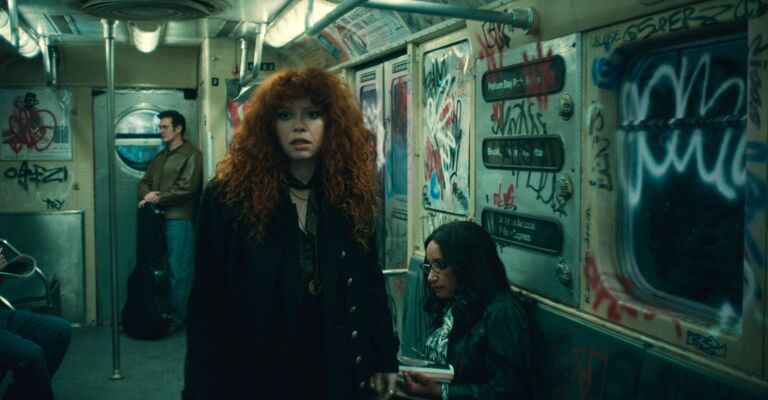 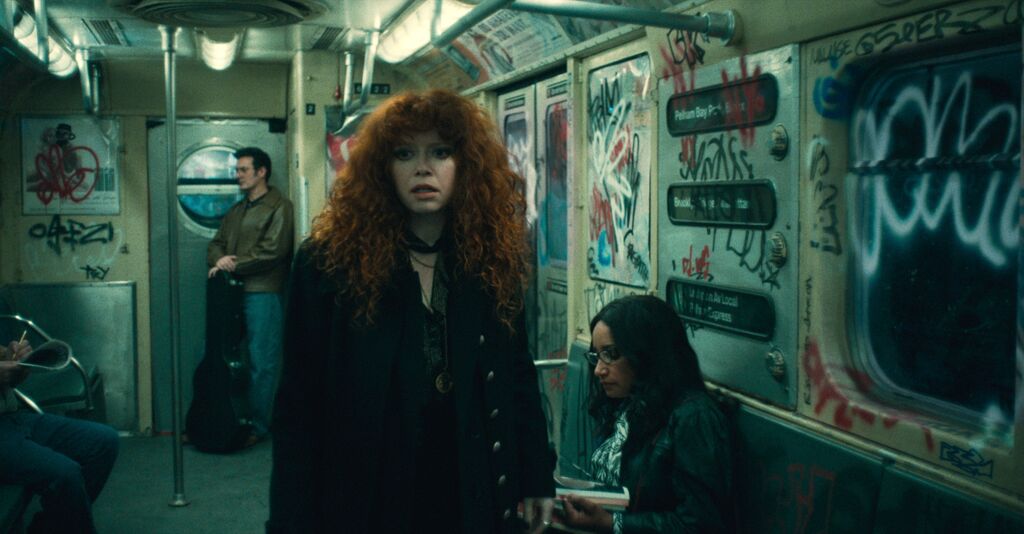 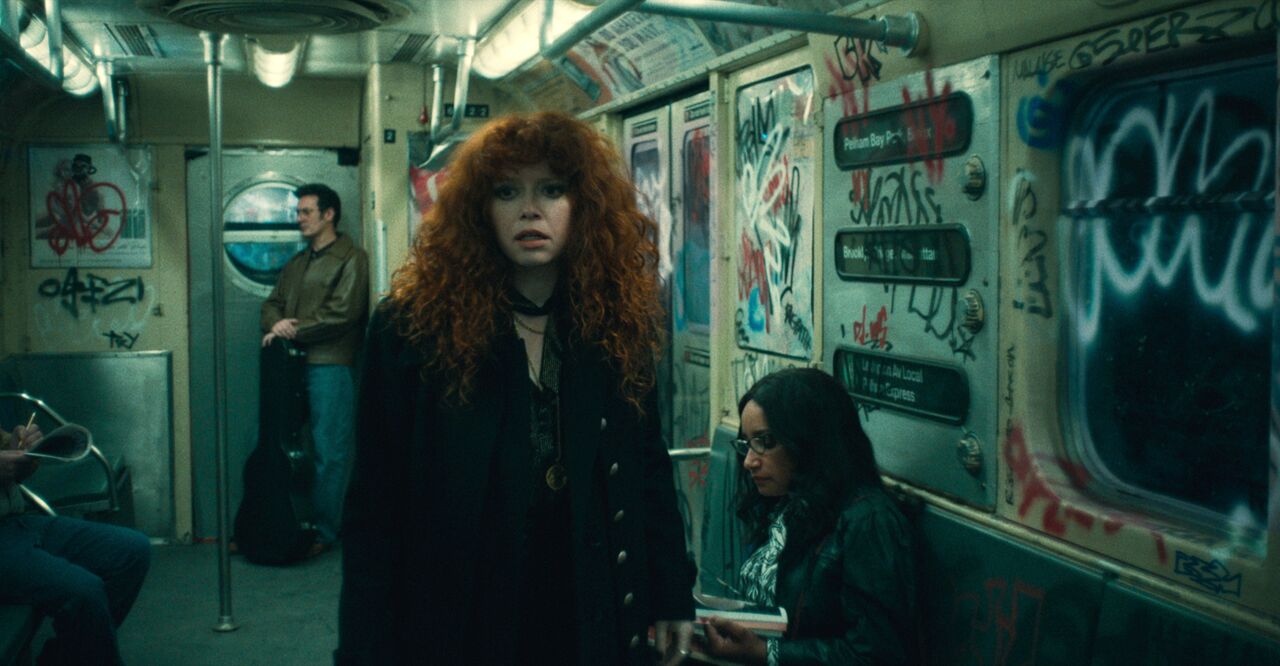 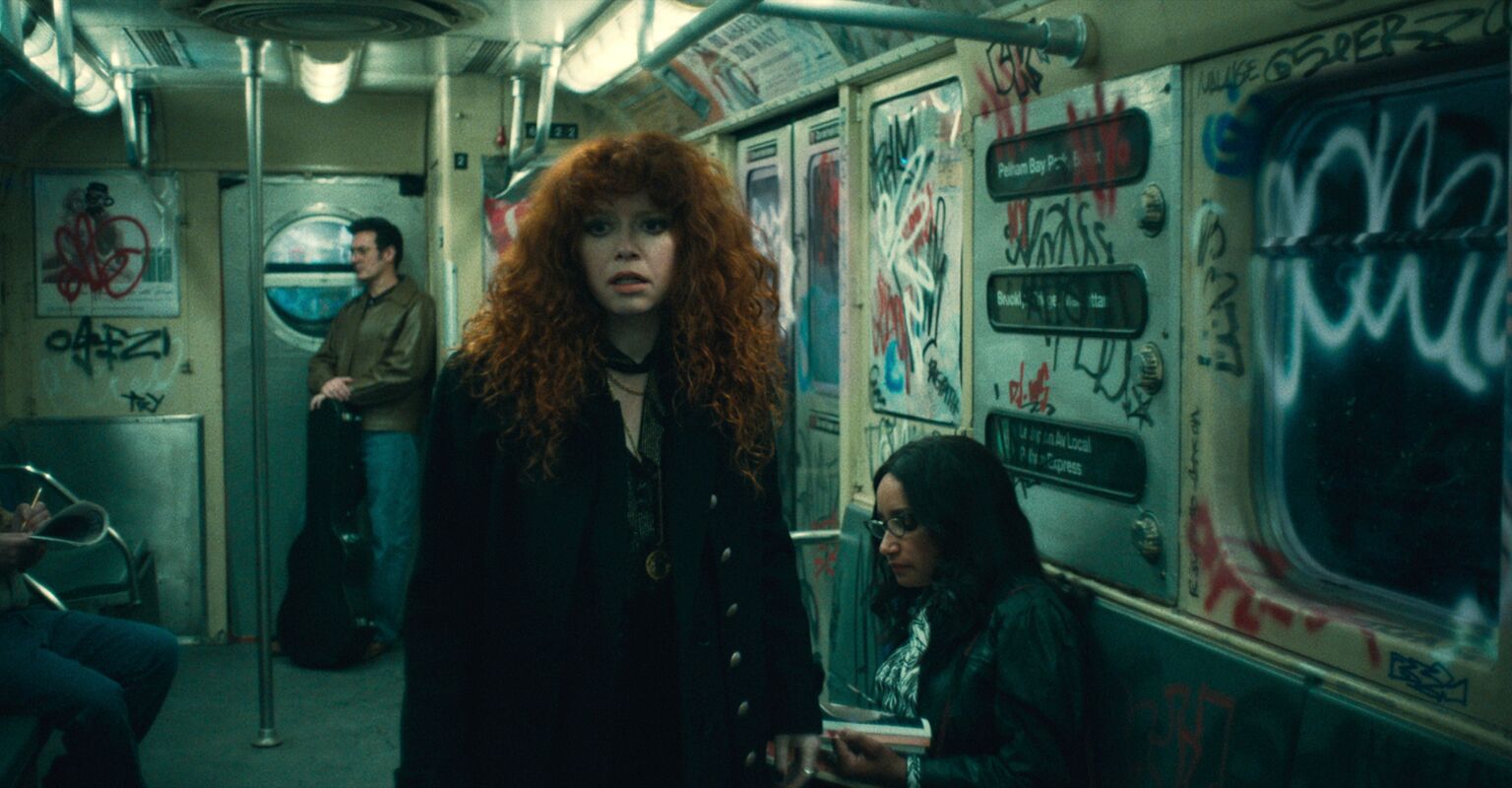 Russian Doll Season 2 has finally arrived on Netflix, and the whole thing is unexpectedly laced with queer themes. While Russian Doll Season 1 included queer characters, and certainly explored outsider narratives, the story itself was almost wholly focused on trauma. Russian Doll Season 2 continues the show’s trend of not setting up romantic storylines, but a startlingly large number of the characters appear to have subtextual queer identities.

While Russian Doll Season 1 was focused primarily on Nadia Vulvokov (Natasha Lyonne) and Alan Zaveri (Charlie Barnett) and their experiences being stuck in a time loop, queer identities appeared incidentally in the backdrop. Nadia’s best friend Maxine (Greta Lee) was seen having natural couple interactions with her partner Lizzy (Rebecca Henderson), with their relationship treated as unexceptional. Similarly, Nadia herself seemed to have a fluid understanding of sexuality and was clearly unfazed by waking up next to a gender-inclusive sex pile.

It’s slightly comforting to have reached a point where queer identities can be included incidentally, but queer narratives still need to be explored, and Russian Doll Season 2 takes an important next step in this. Abandoning the time loop framing device from Season 1, Russian Doll Season 2 sees Nadia and Alan exploring time travel by taking trains that allow them to inhabit the bodies of their ancestors. Both the aspects of exploring other people’s personal social lives and experiencing another person’s body open doors for the time-bending drama to suggest LGBTQ+ narratives.

The first body-shifting experience depicted in Russian Doll Season 2 is when Nadia finds herself in the body of her mother Nora (Chloë Sevigny) in 1982. This experience is obviously strange for Nadia, but it is heightened for the consciously childless protagonist by the fact that Nora is actively pregnant and ten days away from delivering the baby version of Nadia herself. The discomfort that she feels at being in her pregnant mother’s body largely takes a backseat; however, scenes where she appears to pull strange fantastical bugs from underneath her skin help to emphasize her displeasure at the concept of having a life gestating inside of her. Nadia’s pregnancy discomfort, combined with the fact that nobody else sees Nadia as herself in these time periods, along with her typically more masculine presentation, all hint towards a queer dysphoria narrative. However, all of this is the most subtle of the queer stories hidden in Russian Doll Season 2.

The story of the Vulvokov family tree is notably lacking in men. In 1982, Nadia’s father is already dismissed and only acknowledged as an alcoholic. Meanwhile, Nadia’s quasi-partner of the moment, Chez (Sharlto Copley), is shown to be exploitive and opportunistic. What Nora does have, however, is a close and supportive relationship with the young Ruth Brenner (Annie Murphy). Heteronormative eyes might easily dismiss this as a friendship or as Ruth purely looking out for Nora as her therapist. However, scenes demonstrate that far from a client-therapist relationship, Ruth relies on Nora for comfort and support and even gives up the wedding ring from her dead husband to help Nora when she is in distress. The fact that Nora and Ruth are more than just friends is substantiated by the lives we know they lived before Nora’s death. Nora not only lived with Ruth for a time, but the two effectively co-parented the young Nadia, with Nadia growing up to see Ruth as a strong mother figure. Seeing the 1982 context and Ruth and Nora together in their youth truly drives home that this relationship is deeper and queerer than Russian Doll Season 1 originally implied.

While Nora’s mother Vera in 1982 (Irén Bordán) appears to disapprove of Ruth and Nora’s closeness, her own story suggests a similar level of queerness. In Russian Doll season 2, when Nadia goes back to 1944 and finds herself in the body of a young Vera (Ilona McCrea) in Nazi-occupied Hungary, she inadvertently seeks out Vera’s friend Delia (Franciska Farkas). Vera’s husband Leo is, like Nadia’s father, absent, but this time because he was killed by the Nazis. While Vera and Delia have limited scenes together in 1944, the two appear flirtatious. But it is scenes in later time periods that truly show the depth of their relationship. In 1968, Vera and an older Delia (Athina Papadimitriu) are living together in New York and share important financial decisions regarding Vera’s valuables and pawning them for the Krugerrands. In 1982, the two are still living together and bickering over how to treat Nora as the two appear to be co-parenting Vera’s daughter just as Nora and Ruth would with Nadia at a later point in time. Vera and Delia are both relatively closed-off individuals, but they rely on each other and there’s a trust and kindness that in the wider context of the show suggests yet another queer narrative between the pair.

Even with all of these, there is still one more explicitly queer narrative slipped into Russian Doll season 2. While Nadia and her time travel experiences hint at queer narratives, Alan’s experience with time travel is queer in all but name. In Russian Doll season 1, Alan’s relationship is falling apart because his partner does not feel like he’s present: he’s depressed, and he struggles with self-worth and social interaction. In Russian Doll season 2, 4 years later, despite the events of the time loop, Alan still struggles to get back into the dating scene and suffers from social anxiety and issues around his self-image.

Alan doesn’t just seem happy to be in Agnes’ body; he seems comfortable and at ease.

When Alan takes the time train, he finds himself in East Berlin in 1962 occupying the body of his grandmother, Agnes (Carolyn Michelle Smith), a graduate student from Ghana. Before Alan’s body-shifted identity is revealed, Charlie Barnett is shown luxuriating in a bath and mincing around in a robe before opening the door to great Lenny (Sandor Funtek), a friend of Agnes, who kisses him. Alan doesn’t just seem happy to be in Agnes’ body; he seems comfortable and at ease. When Alan/Agnes is catcalled, he excitedly smiles at the recognition he receives, and he discusses his fondness for Lenny with Nadia.

The portrayal of Alan’s experiences when perceived as female in Russian Doll season 2, combined with his own dissatisfaction in 2022 and the awkwardness in his movements when compared to how he walks as Agnes in 1962, mark him as, if not explicitly a trans woman, then as the vehicle for a trans allegory. At the same time, the combination of his relationship with Nadia in Russian Doll season 1 and the joy he derives from the interactions with Lenny highly suggest that he is bi/pan. This is all hammered home by the central message of Russian Doll season 2: some bodies feel righter than others.

When Nadia confronts Chez in 2022, he explains that the Krugerrands and his time with Nora are what his family referred to as a “Coney Island.” That is, something that would have made everything better if it did (or didn’t) happen, but that wasn’t the case, and wishing otherwise wouldn’t help. Nadia and Alan both have to face their family’s Coney Islands in Russian Doll season 2, but for Alan, the sentiment runs deeper. It is a common element of the trans experience to wish that one was born with a different physical being, to have understood one’s transness earlier, or to have begun transitioning at an earlier age. However, for so many trans people, that is a Coney Island, a situation that can be lived with moving forward, but about which nothing can be changed. Alan might have finally discovered his trans identity through his experiences with Agnes, Lenny, and time travel. At this point, he can only move forward with that knowledge, not change his past, and it would make a degree of sense for Russian Doll season 3 to see Alan transition.

Russian Doll was never afraid to break the mold, and Natasha Lyonne’s portrayal of Nadia has been eager to upend societal assumptions. On some level, it is annoying that so many of these queer elements seem to be left as subtext in Russian Doll season 2, ultimately not fully explored or explicitly stated to hit home with a wider audience. However, there is an extent to which it is nice that a show like Russian Doll can include incidentally queer characters and simply show that queer people exist in this world.♦