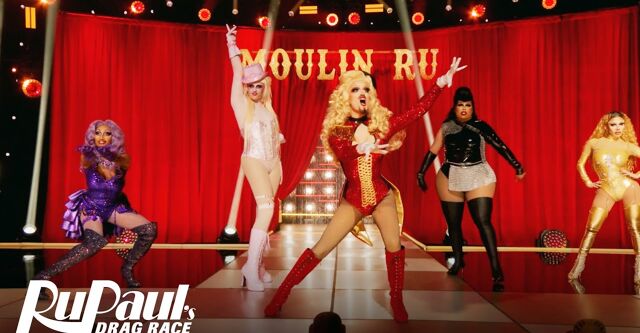 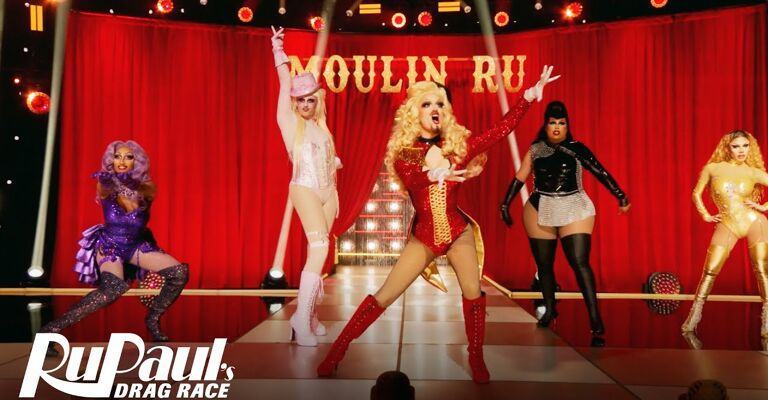 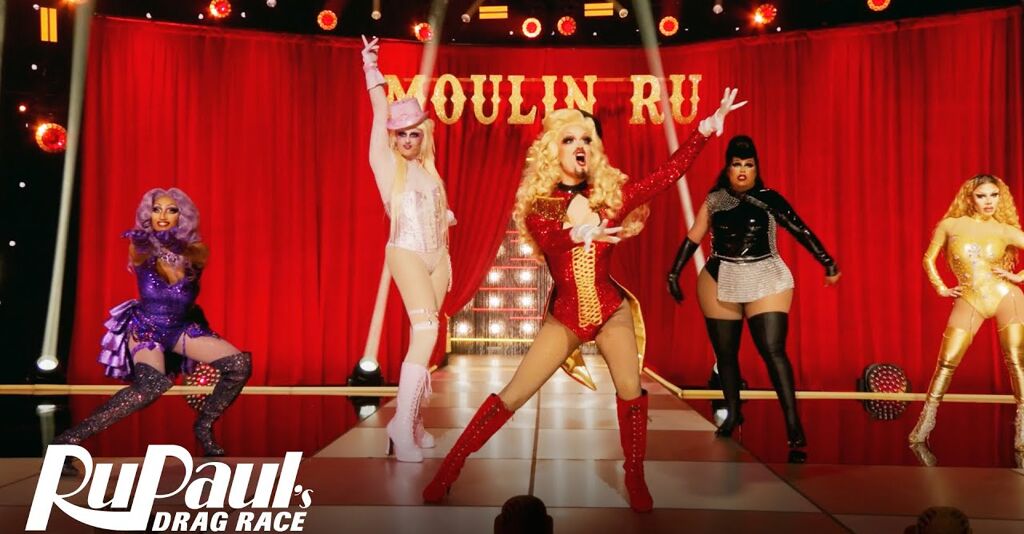 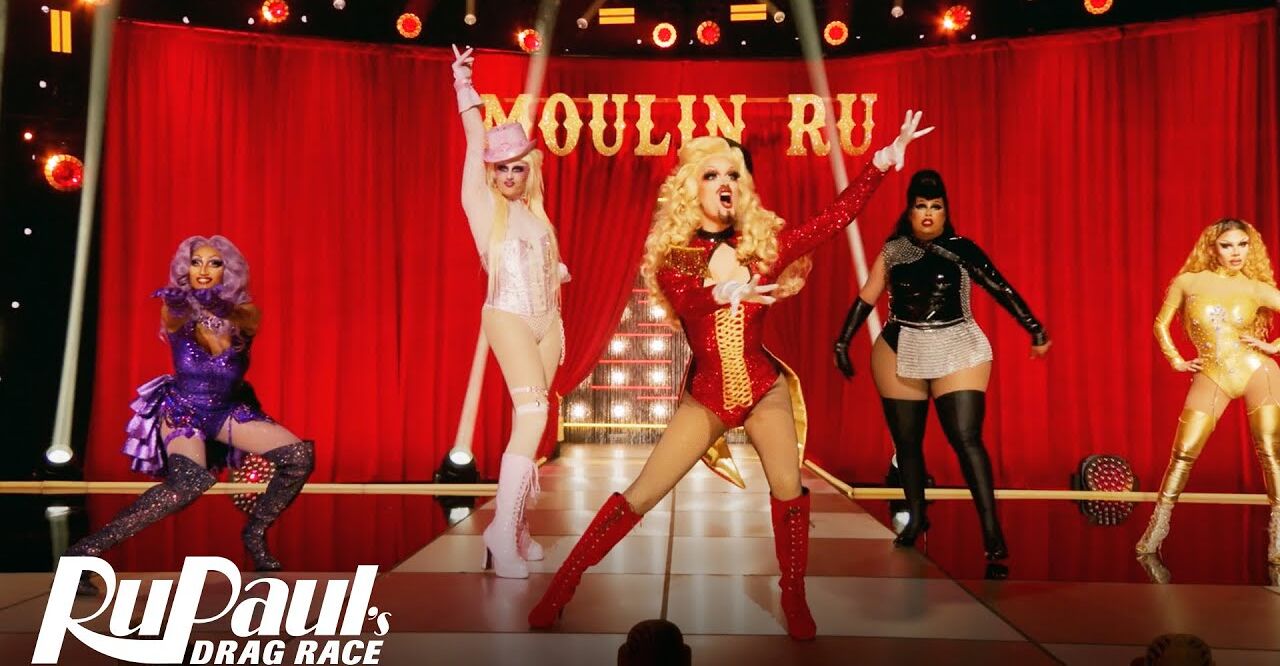 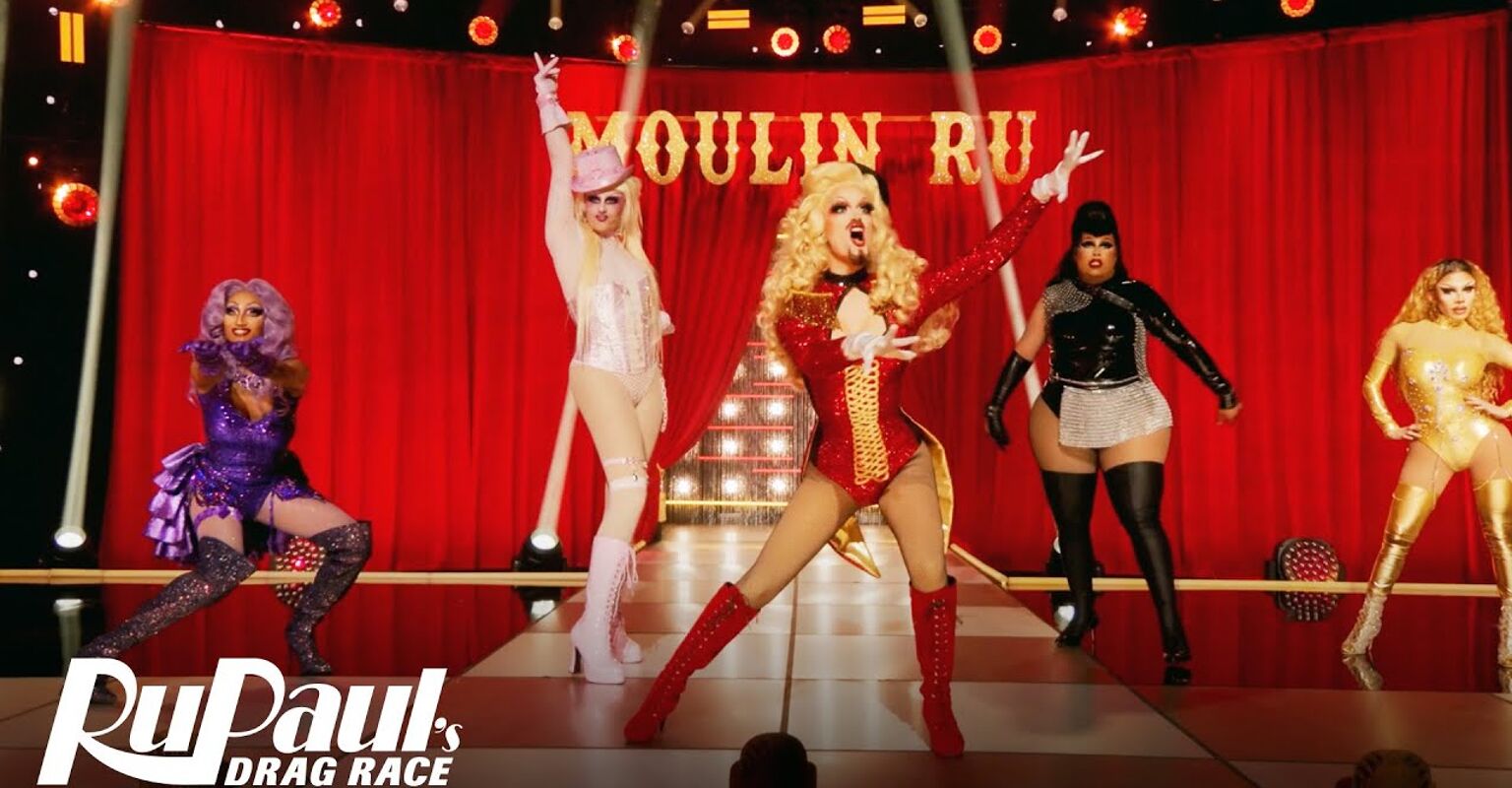 Welcome back to the INTO RuView, where we recap RuPaul’s Drag Race week by week. This episode, the queens danced and lip synced in a soon-to-be classic rusical, and one contestant got a sweet surprise.

The episode kicked off the day after Jasmine’s elimination — the only queen to be eliminated in the past three episodes. I did grow to love Jasmine, but it’s nice to see the group get thinned out just a little bit, even if we’re still at seven queens 12 episodes in.

Ru comes in to tell the queens that this week, they’ll be performing in Moulin Ru: The Rusical, a dragged up version of the Broadway musical “Moulin Rouge!”, which is of course based on the camp classic 2001 film of the same name. There are seven parts up for grabs, and the queens get to cast the show themselves. As always, drama ensues.

For the most part, things shake out pretty cleanly. Daya gets the P!nk-inspired Uniqueness, DeJa the Lil’ Kim-esque nerve, Jorgeous the Xtina knockoff Talent, and Angeria, begrudgingly, takes the Mýa role of Charisma to round out our “Lady Marmalade” quartet. Meanwhile, Willow gets to be the embodiment of absinthe as the Green Fairy.

That leaves Camden and Bosco, who are both deadset on the leading role of Saltine. And when I say deadset, I mean I think they might actually kill each other. Usually in these situations, someone eventually just gives, but neither Camden nor Bosco is budging. There are some great one-liners generated in the process, including this exchange:

Bosco also asserts that she would have beat Camden last week if they’d lip synced to “Swept Away” instead of “Don’t Let Go,” which … I love Bosco. But baby. No.

Ultimately, Bosco asks the group to decide for them in a vote. (Daya shadily saying, “I’ll keep tally :)” is everything to me.) Angeria votes for Bosco. Jorgeous votes for Camden. DeJa votes for Camden. Willow can’t decide, so Daya steps in to make it easier … by voting for Bosco to tie the vote and give Willow the ultimate decision. Evil!! I live!!

It’s clearly painful for her, but Willow decides Bosco should get the part because Camden could do better with the remaining role, Mama Z. Is it the fairest metric? Not really. The best person should get the best part. But considering how the rest of the episode played out, I’m very happy that this is how the roles were distributed.

But Camden is pissed, until Angeria reminds her that she’s clearly the frontrunner in this challenge given her background with ballet and acting. Once Camden realizes how good she is, she starts to get excited about her part. We all need an Angie in our lives.

Rehearsal’s pretty uneventful (aside from putting national treasure Leslie Jordan on our screens), so let’s skip ahead to the rusical itself.

First, we get an opening group number, where Lady Camden wins the challenge within thirty seconds. Seriously, her combination of characterization, perfect lip syncing and precise dance moves put her leaps and bounds above every other queen. Also, her role is great. Why didn’t anyone want it??

Next, the four C.U.N.T. dancers get their “Lady Marmalade” moment. Angeria’s dancing could use some work, and Jorgeous’ lip sync isn’t giving, but they’re not bad by any means. Meanwhile, both Daya and DeJa kill it — DeJa’s rap verse has been playing in my head since the episode aired.

Finally, we get the introduction of Bosco as Saltine, and considering how hard she fought for the part, she really isn’t bringing it. She knows all the words, sure, but the energy and creativity are lacking. The sneezes were just sneezes. There was so much she could’ve done there! Unfortunately, Bosco stands out as the weakest overall.

Willow is the last to make an appearance as the Green Fairy. And though this part is pretty repetitive and a touch too long, Willow does a great job with it. She doesn’t steal the show, but it’s definitely a safe performance.

A round of applause for how fabulous this show was overall! No one did badly, the music was catchy, and I even chuckled a few times. I think this proves that rusicals are much more successful when they’re based on existing properties, like this one or the Madonna rusical from Season 12, than when they’re original concepts, like last season’s social media nonsense.

Daya has been bringing it to the runway these past few weeks! Her punk energy is really shining through — remember when she kept getting compared to Crystal Methyd? I know it feels like a million years ago, but that was, in fact, this season. But this look is killer. The spikes are fierce, and Daya’s makeup never fails to be immaculate.

Camden was the girl who best nailed the “mirror aspect” of the challenge. She looks like a little night-time fairy, which I adore — her Little Prince inspiration was a great choice. But I agree with Ross that the pants don’t match the blazer. I wish she’d just worn a panty instead for a little “Get Happy” moment.

I am so curious how Willow’s brain worked. Fourth of July overalls for a reflective category? Sure, why not! It’s very fun and campy, which Willow always delivers. But the fabric isn’t my favorite, and I wish the “mirror” element was stronger.

Angeria looks undeniably gorgeous. This gown is stunning. But it gets my “meh” this week because it doesn’t scream “mirror.” Why not just make all the blue panels tiny panes of glass? It would’ve been perfect! Alas.

Bosco looks good. But if I see this bra/corset/panty combo on her one more time, I think I will spontaneously combust. For that, she’s ranked this low.

Oh DeJa. This is neither reflective nor fashionable. I get it, she’s carrying a mirror, but it just doesn’t cut it at this point in the competition.

This week, everybody gets critiqued, but the tops are Camden, Daya and Willow, the bottoms are Jorgeous, Bosco and DeJa, and Angeria’s floating in the middle. I think the judging was correct on all accounts — I maybe would’ve switched DeJa and Angeria considering their performances in the rusical, but DeJa’s outfit was bad enough that I’ll allow these placements.

This week, the dreaded question is asked: “Who should go home tonight, and why?” Everyone says Bosco, except Bosco, who says Jorgeous, citing the fact that she’s been in the bottom three times. But Jorgeous comes back with a deadly read: “If we wanna talk track record, she was in the bottom three times in one episode.” I’m not sure how, but Jorgeous needs to get that on some merch.

Camden rightfully gets the win this week. No contest. That makes her the third queen to get two wins, after Angeria and Bosco. I never expected Camden to be a frontrunner when the cast was announced, but I’m very happy to be living in this timeline.

Meanwhile, Jorgeous and Bosco are announced as the bottom two. Can’t say they don’t deserve it. It’s a tricky situation — Bosco’s been a frontrunner, but she’s not the best lip syncer, while this is Jorgeous’ fourth time in the bottom, but she kills it every time.

They lip sync to “Heartbreak Hotel (Hex Hector Remix)” by Whitney Houston. Listen, I like a dance mix, but a good ballad is just as much fun now and then! Regardless, this is Jorgeous’ win from top to bottom. That windmill arm thing she does on the bridge?? How does her body do that?? Meanwhile, Bosco is giving it her all, but her lip sync just looks messy compared to Jorgeous’.

So yes, Ru tells Jorgeous to shantay, while Bosco’s fate is left to her chocolate bar. She starts to unwrap it and … what’s this?? Could it be??? BOSCO HAS THE GOLD BAR! That means she’s safe from elimination, and no one is going home.

Just like that, the season-long twist has come to an end — and with it, this season’s slew of non-elimination episodes. Let’s start sending bitches home next week, okay? I love this cast, but we need to keep this show on the road.